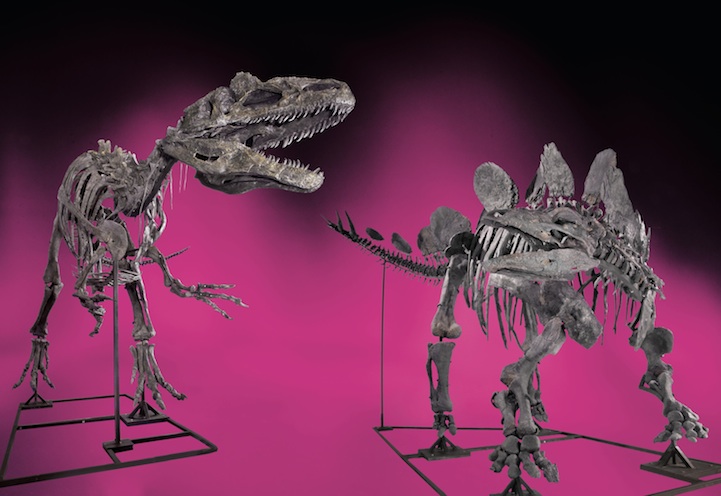 Can old dinosaur bones be considered art? You bet. Just ask the overseas bidder who bought these two for $2,748,500 as part of Heritage Auctions June 12 Signature Platinum Natural History auction, conducted at The Tower Building at Fair Park in Dallas.

The “Fighting Pair” dinosaurs, an allosaurus and stegosaurus so named because they were found literally on top of one another in Wyoming's Dana Quarry – with the jaw of the allosaurus clamped around the leg of the stegosaurus, leading to the speculation that they were engaged in mortal combat at the moment of their demise!

The pair will head for a museum scheduled to open two years from now.

“I'm ecstatic that ‘The Fighting Pair' found such a great home,” said David Herskowitz, Director of Natural History at Heritage Auctions. “These are important and iconic Jurassic era specimens, which science did not even know existed together at the same time, and now they will be going to a final destination where the public will get to enjoy them and where they will be of maximum benefit to science.”