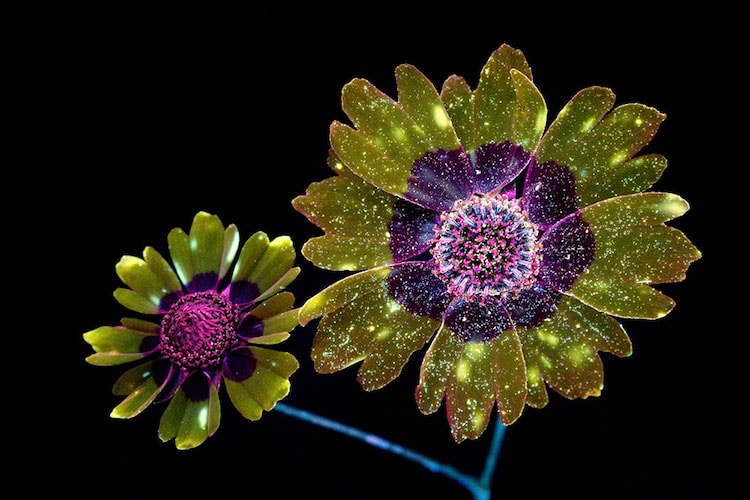 Each floral photo features a single plant bursting with radiant blooms. Set against a black backdrop, the glimmering petals, neon leaves, and spectacular stems stand out from their surroundings, thanks to a unique technique employed by Burrows. Unlike photographs taken traditionally, Burrows' shots are illuminated with a filtered 365nm LED light. Only ultraviolet and infrared light is conveyed, resulting in an out-of-this-world aesthetic that features Technicolor tones and eye-catching fluorescence.

In addition to ultraviolet-induced visible fluorescence, the self-proclaimed eclectic photographer also takes traditionally-lit photos of the outdoors, as well as macro shots of insects, arachnids, and fungi. Whether working with alternative light sources or capturing more conventional shots, Burrows proves that, when it comes to nature, there's always more than meets the eye. 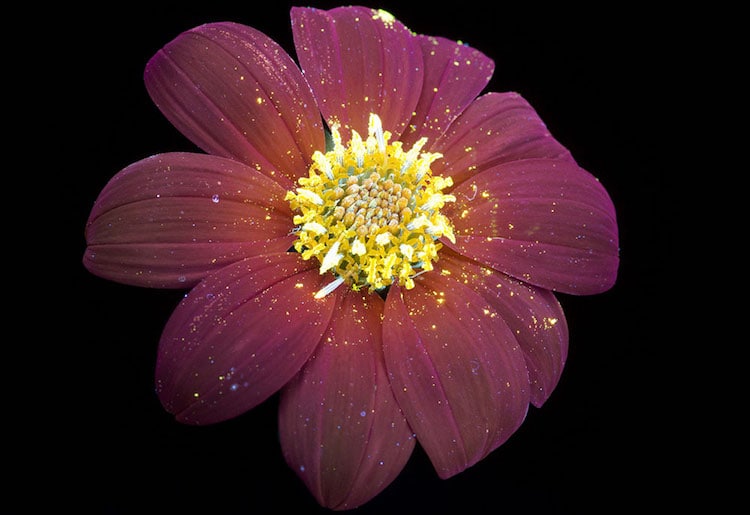 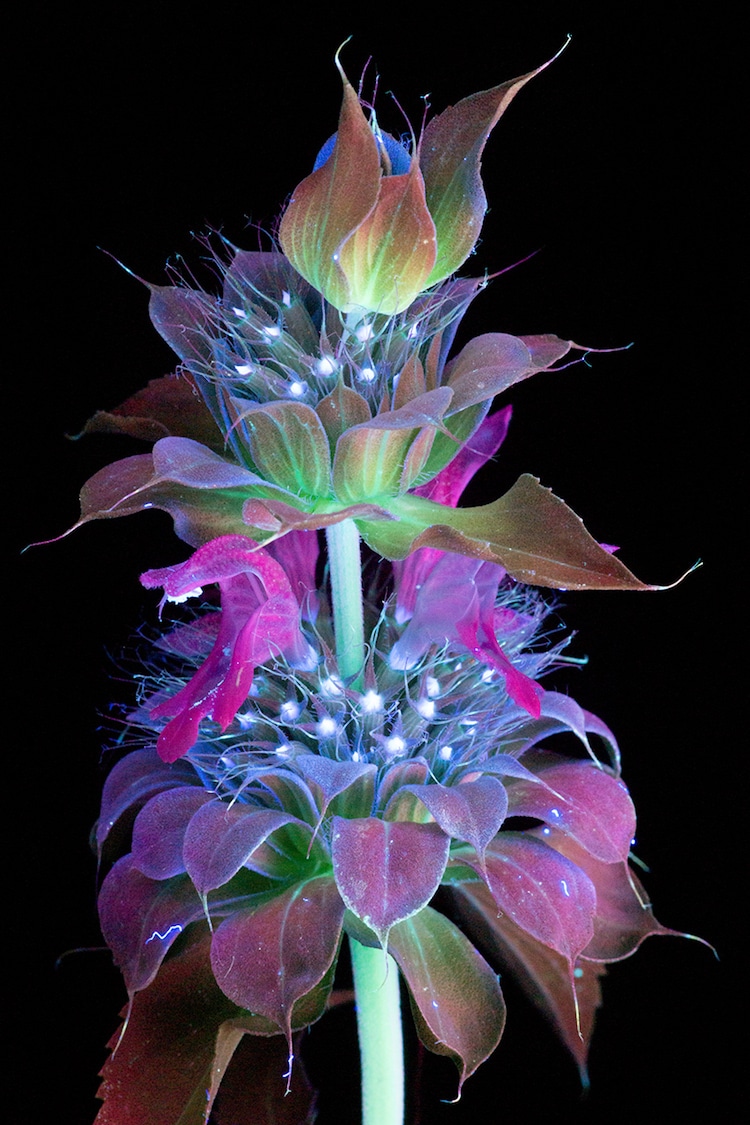 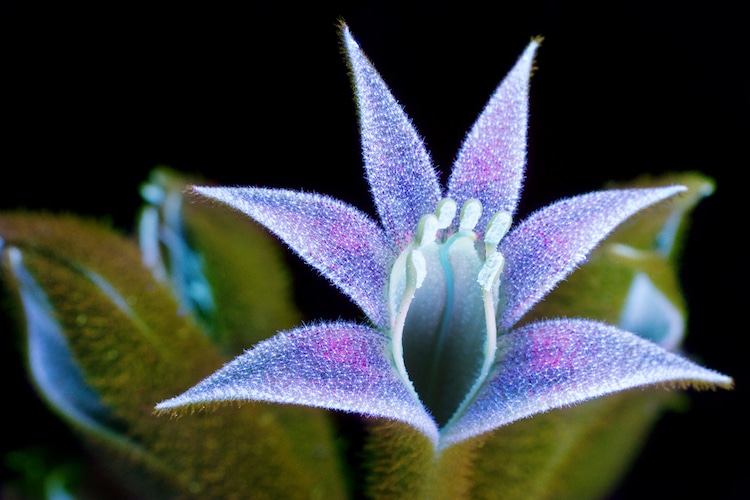 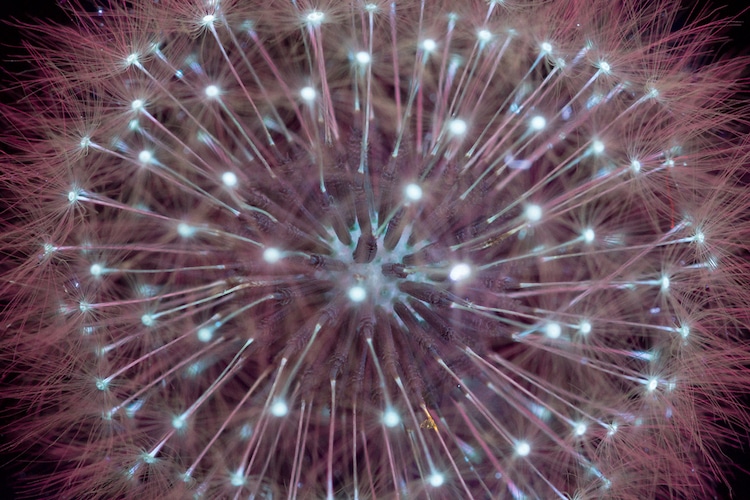 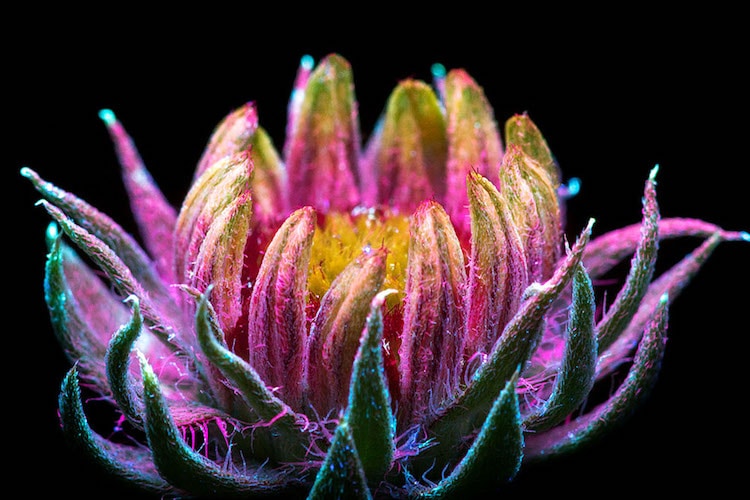 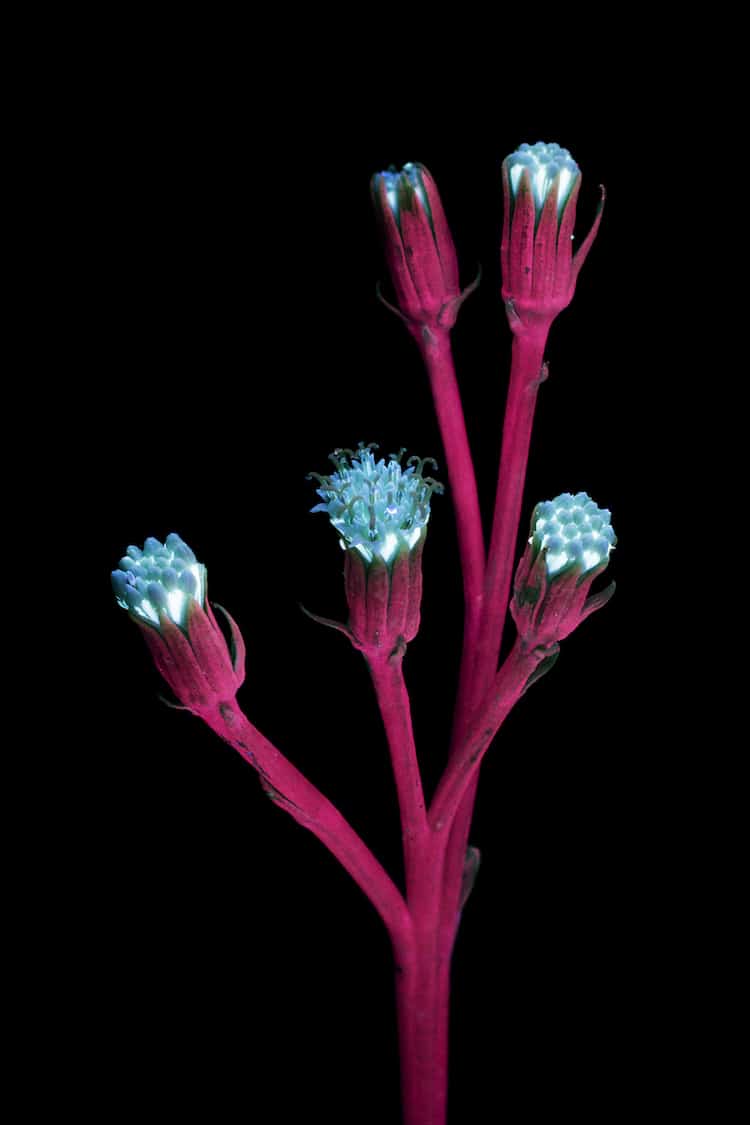 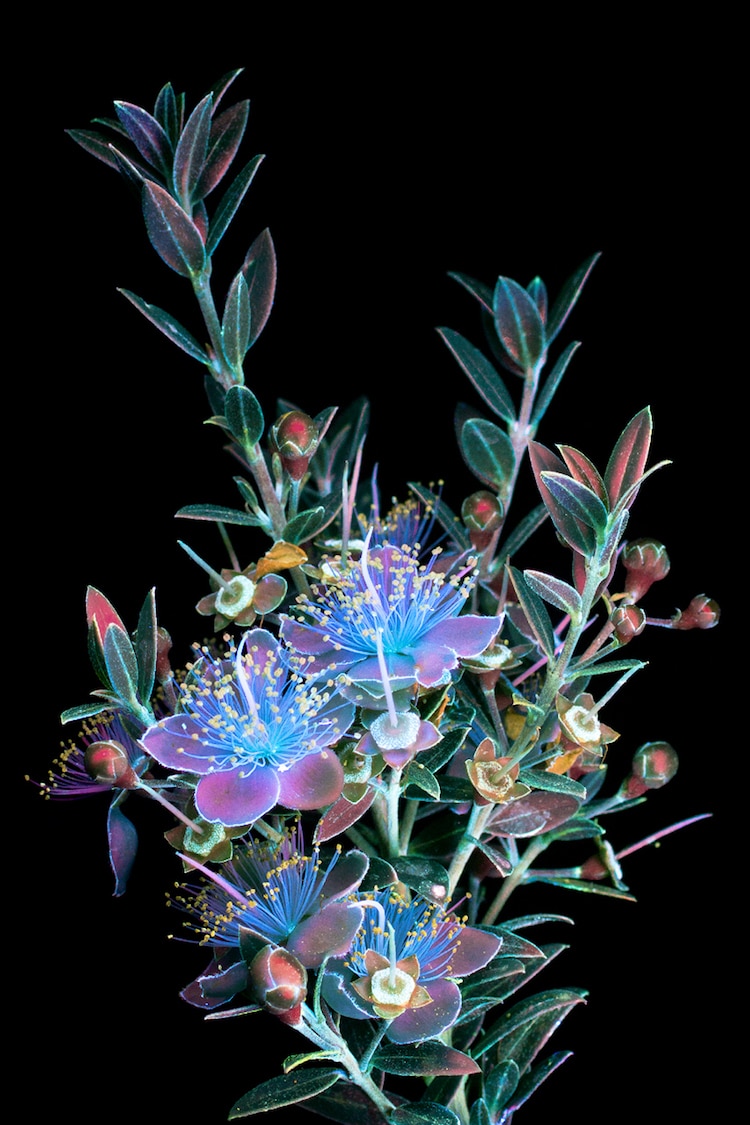 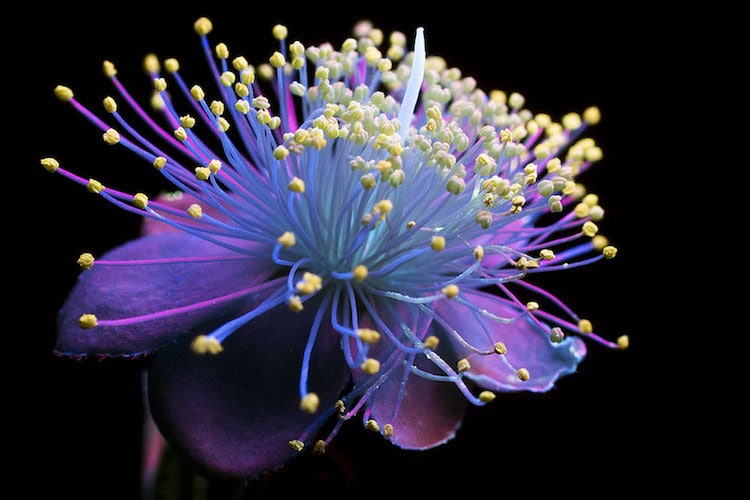 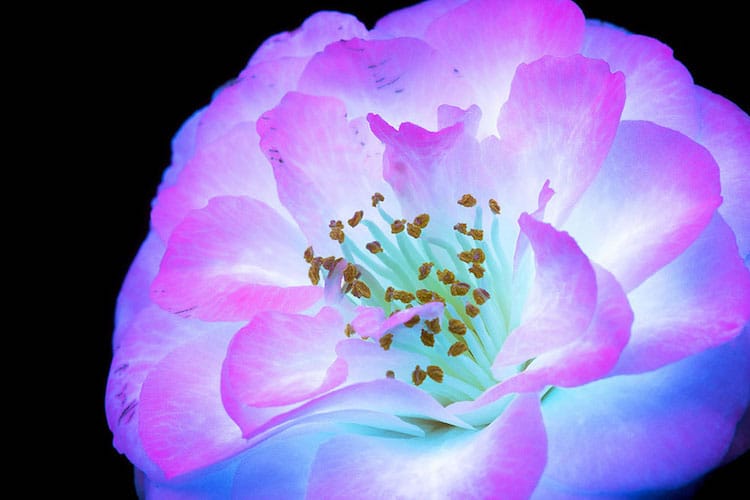 All images via Craig Burrows.