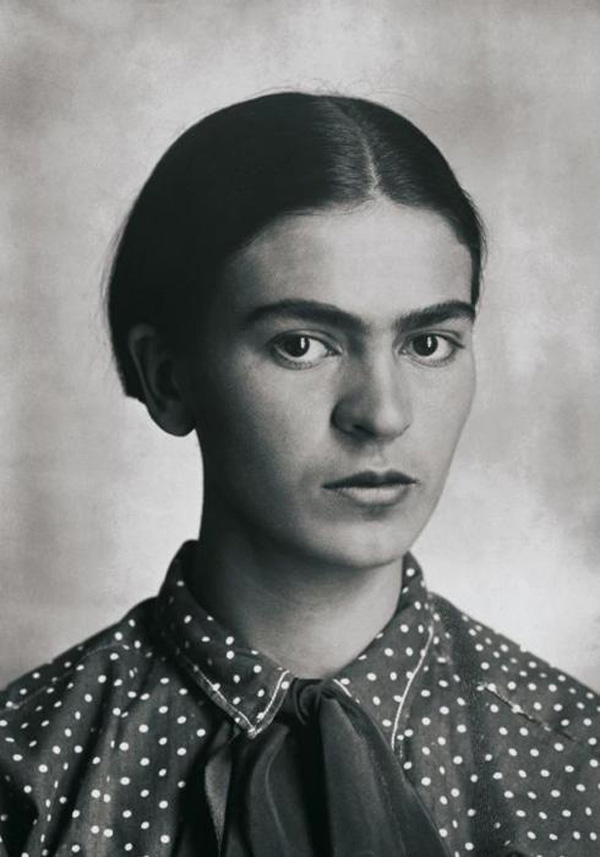 Kahlo photographed by her father, Guillermo Kahlo, in 1926. (Photo Public domain via Wikimedia Commons)
This post may contain affiliate links. If you make a purchase, My Modern Met may earn an affiliate commission. Please read our disclosure for more info.

One of the most iconic artists of the 20th century, Frida Kahlo has a life story that has become almost as popular as her art. Kahlo’s biography has sparked innumerable books and an Oscar-winning film. Her distinct fashion, unibrow, and marriage to Diego Rivera, a man 21 years her senior, have simply added to the intrigue sparked by her art.

Kahlo’s paintings themselves are deeply personal, replete with symbolism that narrates the story of her life. But even with her immense popularity, there may still be a few surprising things you don’t know about this celebrated artist. Learn a little more about the woman behind the artwork, and how she skyrocketed to fame after her death with our list of Frida Kahlo facts you may not be aware of.

55 of her 143 paintings are self-portraits, which is perhaps understandable when thinking about how much time she spent on her own while recovering from a variety of health issue. Her introspective work is made all the more impactful by her use of the self-portrait to express her internal struggles and psychical and mental suffering.

She lied about her age, but for a good reason

At age 6, Frida contracted polio. Not only did this cause her right leg to be shorter and thinner than her left—something long skirts helped her disguise—but it kept her out of school for quite some time. After joining the elite National Preparatory School in 1922, she became immersed in indigenismo, a new sense of Mexican cultural pride. Thus, to show her commitment to Mexican culture—and disguise the fact that she was older—she shaved three years off her age. For the rest of her life, she declared that she was born on July 7, 1910—the year the Mexican Revolution started.

She wanted to be a doctor

As a child, Kahlo dreamed of being a doctor, with art being a side hobby nurtured by her father, who was a photographer. That dreamed ended at age 18, when Kahlo and her boyfriend at the time were involved in a horrific accident. The wooden bus they were traveling on collided with a streetcar, which caused an iron handrail to impale Kahlo through the pelvis. The near-fatal injuries kept Kahlo hospitalized for months. It was during this time that Kahlo’s father created a special easel that allowed her to paint in bed.

The accident would cause Kahlo to live her life in chronic pain and she would frequently need surgery to help with her spinal injuries. 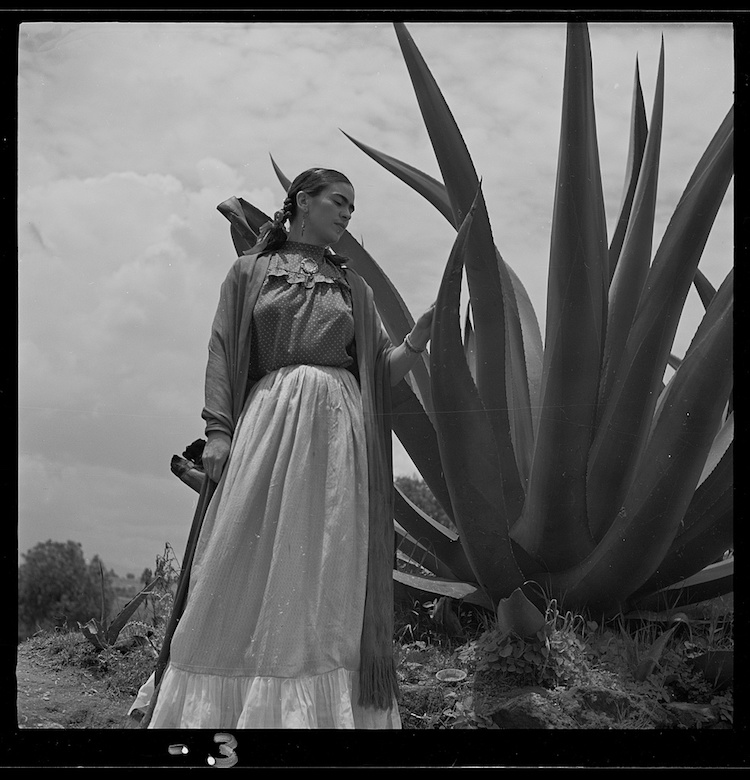 Kahlo standing next to agave plant for Vogue photoshoot. 1937. Photo: Toni Frissel via the Library of Congress

She appeared in Vogue

There is an internet rumor that Kahlo appeared on a 1939 cover of Vogue Paris, but in reality, her first appearance in the magazine was in 1937. In the October 1937 issue of American Vogue, Kahlo was featured in an article called Senoras of Mexico. Toni Frissel photographed her next to an agave plant and she was featured only within the magazine, not on the cover. The 1939 Vogue cover is simply a clever mockup using an iconic portrait of Kahlo taken by photographer Nickolas Muray, with whom Kahlo had a longterm affair. In reality, the artist wouldn’t make it onto the cover of Vogue until well after her death. The November 2012 issue of Vogue Mexico used Muray’s photograph, making her a cover girl almost 60 years after her death.

She was placed in jail for murder

Kahlo and her husband Diego Rivera were both longtime members of the Mexican Communist Party and in 1937 they petitioned the Mexican government to grant asylum to former Soviet leader Leon Trotsky. Trotsky and his wife lived at the couple’s residence, La Casa Azul, for several years and Trotsky even had a brief affair with Kahlo. The affair was thought to have been revenge on Kahlo’s part for Rivera’s affair with her younger sister Cristina.

After a political falling out with Rivera, Trotsky moved from La Casa Azul. In 1940, he was assassinated and Kahlo, along with her sister, was briefly jailed as a suspect. Though she knew the man who committed the murder, she was eventually cleared and released after two days.

She arrived at her solo exhibition in an ambulance

Kahlo’s health continued to decline and she spent the last few years of her life in and out of the hospital. She was mainly bound to La Casa Azul and used a wheelchair and crutches to move around. Even so, appreciation for her work continued to grow and she continued to paint.

In April 1953, her first solo exhibition in Mexico at the Galería Arte Contemporaneo opened. At the time, Kahlo was on bed rest under doctor’s orders and not expected to attend. However, she made sure to be there, arriving by ambulance and ordering her bed to be moved to the gallery. She was brought in on a stretcher to the bed, where she was able to enjoy the opening. Just a few months later, her right leg was amputated at the knee due to gangrene and a little over a year after the opening, she was found dead at age 47.

In 1939, when the Louvre acquired her painting The Frame, Kahlo became the first 20th-century Mexican artist to have their work enter into a major international collection. The 1938 self-portrait is now on display at the Pompidou Center in Paris as part of the Musée National d’Art Moderne.

But that’s not the only record Frida broke. While her first painting at auction, The Tree of Hope Stands Firm (1944) only brought in $19,000 when sold at Sotheby’s in 1977, the market for her work continued to grow. By 1984 her work was declared part of Mexico’s national cultural heritage, making it rare to find her paintings in international auctions. Still, in 1990 she was the first Latin American artist to sell at auction for over $1 million when Diego and I sold for $1.4 million. Her work continues to gain value, with Two Lovers in a Forest selling for $8 million in 2016.

These achievements are all the more stunning when one remembers that during her lifetime, she was generally referred to as “Diego Rivera’s wife” rather than as an artist in her own right.

She is a feminist, Chicano, and LGBT icon.

Kahlo’s place in popular culture began to rise in the 1970s, when scholars began questioning the exclusion of female, non-Western artists from the history books. Her openness with her sexuality—she was bisexual—and her gender-bending dress has made her an iconic figure in the LGBT community. Her fierce pride in her Mexican roots and promotion looking away from Mexico’s colonial roots have also made her a source of pride for Chicanos. The term “Fridamania” has been used to describe the phenomenon, with the 21st-century romanticism of Kahlo’s life almost overshadowing her true history.

“The twenty-first-century Frida is both a star—a commercial property complete with fan clubs and merchandising—and an embodiment of the hopes and aspirations of a near-religious group of followers,” states art historian Oriana Baddeley in her essay for the Tate Modern Frida Kahlo catalog. “This wild, hybrid Frida, a mixture of tragic bohemian, Virgin of Guadalupe, revolutionary heroine and Salma Hayek, has taken such great hold on the public imagination that it tends to obscure the historically retrievable Kahlo.”

Rare, Poignant Photos of Frida Kahlo During the Last Years of Her Life

Rare Childhood Portraits of Frida Khalo Captured by Her Father

15+ Color Photos of Frida Kahlo That Capture Her Iconic Spirit