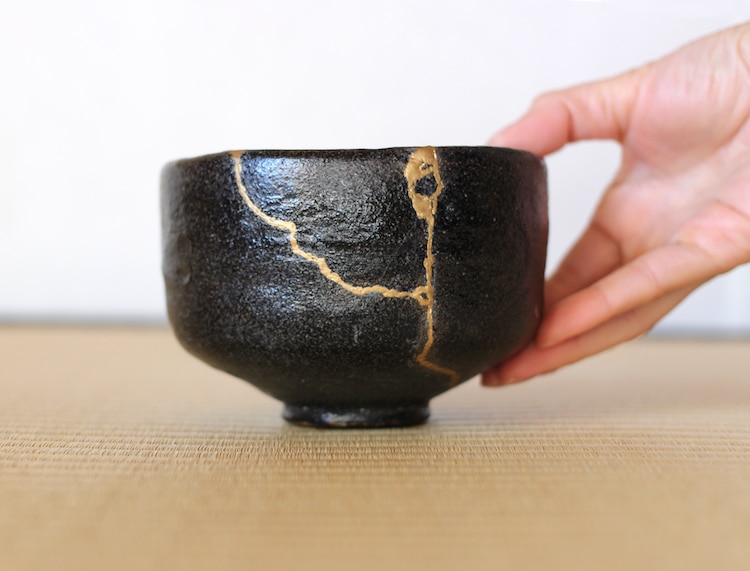 Poetically translated to “golden joinery,” Kintsugi, or Kintsukuroi, is the centuries-old Japanese art of fixing broken pottery. Rather than rejoin ceramic pieces with a camouflaged adhesive, the Kintsugi technique employs a special tree sap lacquer dusted with powdered gold, silver, or platinum. Once completed, beautiful seams of gold glint in the conspicuous cracks of ceramic wares, giving a one-of-a-kind appearance to each “repaired” piece.

This unique method celebrates each artifact's unique history by emphasizing its fractures and breaks instead of hiding or disguising them. In fact, Kintsugi often makes the repaired piece even more beautiful than the original, revitalizing it with a new look and giving it a second life.

Here, we take a look at this enchanting craft, tracing its history, exploring its methods, and offering a glimpse into how contemporary creatives keep it alive.

The History of Kintsugi 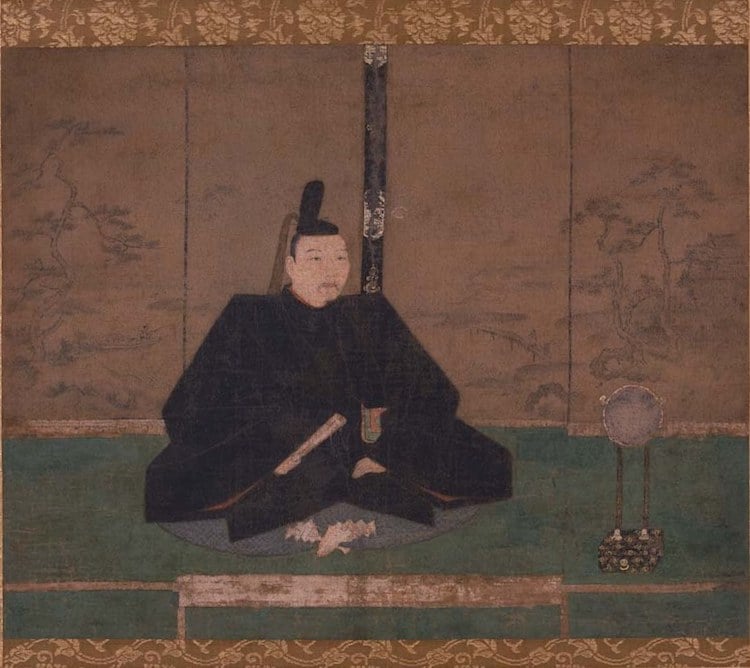 While Kintsugi's origins aren't entirely clear, historians believe that it dates back to the late 15th century. According to legend, the craft commenced when Japanese shogun Ashikaga Yoshimasa sent a cracked chawan—or  tea bowl—back to China to undergo repairs. Upon its return, Yoshimasa was displeased to find that it had been mended with unsightly metal staples. This motivated contemporary craftsmen to find an alternative, aesthetically pleasing method of repair, and Kintsugi was born.

By the 17th century, Kintsugi has become common practice in Japan. According to Louise Cort (the curator of ceramics at the Freer Gallery of Art and Arthur M. Sackler Gallery), it was during this time that a Japanese warrior infamously purchased, broke, and repaired standard tea bowls in order to make a profit.“That seems to indicate that, by the beginning of the 17th century, kintsugi was a commonly used technique for repairing—and at the same time, ornamenting—ceramics for tea,” Cort explains.

In addition to serving as an aesthetic principle, Kintsugi has long represented prevalent philosophical ideas. Namely, the practice is related to the Japanese philosophy of wabi-sabi, which calls for seeing beauty in the flawed or imperfect. The repair method was also born from the Japanese feeling of mottainai, which expresses regret when something is wasted, as well as mushin, the acceptance of change.

There are 3 predominant styles of Kintsugi: crack, piece method, and joint-call. While, in each case, gold, silver, or platinum-dusted epoxy is used to fix the broken pottery, the techniques and finished results vary.

Objects mended using the crack approach are touched up with minimal lacquer. This is the most common Kintsugi technique, and it culminates in the shimmering veins that have come to define the art form. 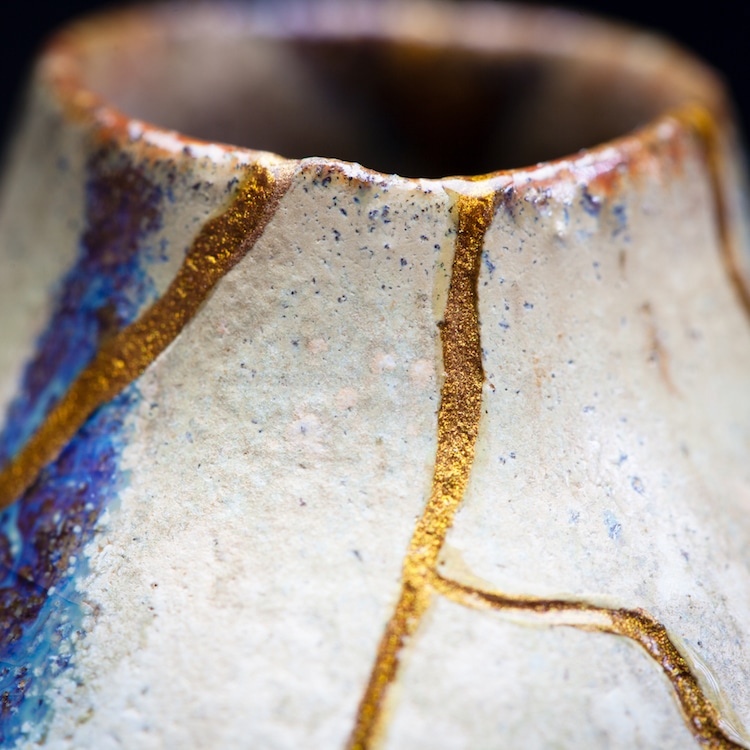 Works restored with the piece method feature replacement fragments made entirely of epoxy. 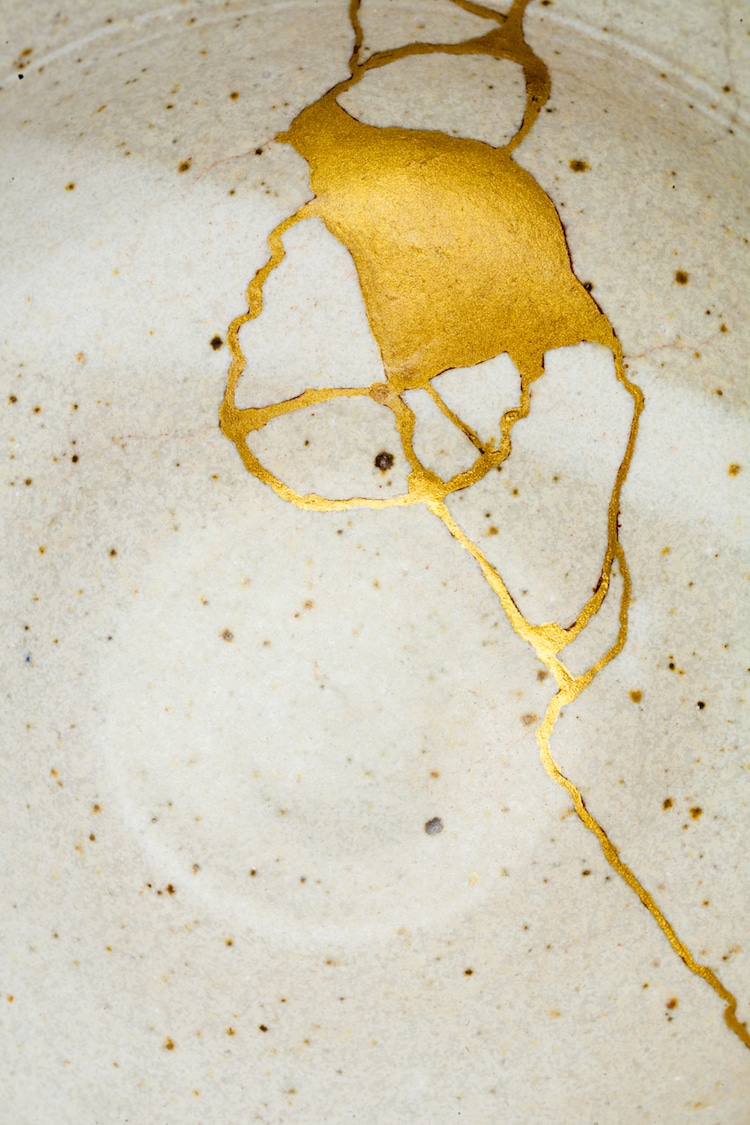 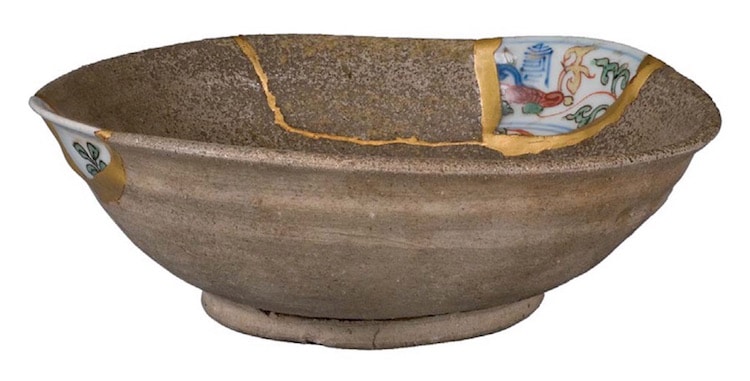 Page 1/2
Crazy about Kintsugi? Share
Like My Modern Met on Facebook
Get Our Weekly Newsletter
Become a
My Modern Met Member
As a member, you'll join us in our effort to support the arts.
Become a Member
Explore member benefits