Beautiful New Steel Rod Sculptures of Angels by Gavin Worth 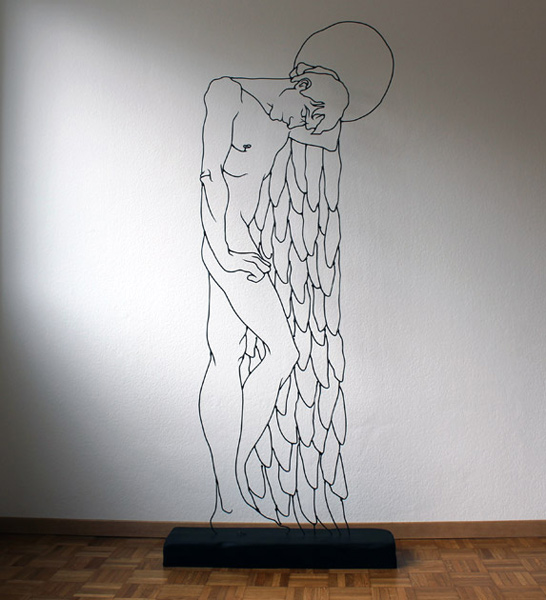 Artist Gavin Worth has just come out with a new series of sculptures made of bent steel. Using new techniques, this time he bends quarter-inch thick steel rods to create large, ethereal sculptures of angels. (Previously, he worked with thin steel wire.) These pieces were inspired by Paul Klee's drawings of angels. As he tells us, “I was focused on creating figures of struggle, ambiguity, and antithesis. I was not interested in the angels of history. Instead of sanctity, they insist on contradiction and duality as the most insistent truth.” We caught up with the artist to find out more about the inspiration behind this new set and how his life changed after his art was spread around the web.

How did your life change after your first set of work went “viral”?
My life changed completely. I had been working as an artist for years and all of a sudden, I received opportunities that I could only dream of. I won commissions to build large-scale sculptures in France, Mexico City, and Cairo. Tiffany & Co and Ralph Lauren asked for custom pieces. I even got recognition by the TED Foundation. It's been truly amazing and I have a lot more freedom to do work that is personal to me.

What drew you to angels this time?
It was because of a very personal experience actually. Last summer, as I was finishing up a three year period living in Egypt, I went swimming in the Red Sea with a small scratch on my foot. I got a vicious infection that mystified doctors. It got worse and worse, and it took me over three months to recover. Oddly, during this time my mind kept going back to Paul Klee's small, simple drawings of angels that I had seen the winter before. This wasn't some sort of religious epiphany. Klee's angels aren't the holy ones from history — they're human and flawed and sometimes repulsive. I guess they spoke to me of the importance of duality and contradiction. That truth isn't pristine and spotless but an acceptance of the totality of things, good and bad, pretty and ugly, sick and healthy. I propped myself up and started drawing my own angels. Throughout, I really tried to make sculptures that spoke of struggle and vulnerability.

How has your process changed?
Since I began working on a larger scale, I've had to learn lots of new techniques to achieve what I have in mind. Bending a quarter-inch steel rod can be a little more tricky than bending a 1mm piece of steel wire, for example. I've had to learn how to weld and how to shape metal. I love working on a larger scale, and I like the more emotive feeling of using thicker steel. It's like painting with a thicker brush. 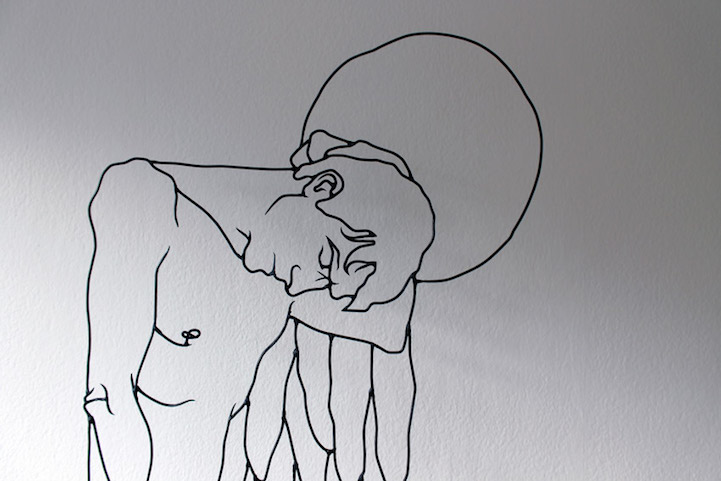 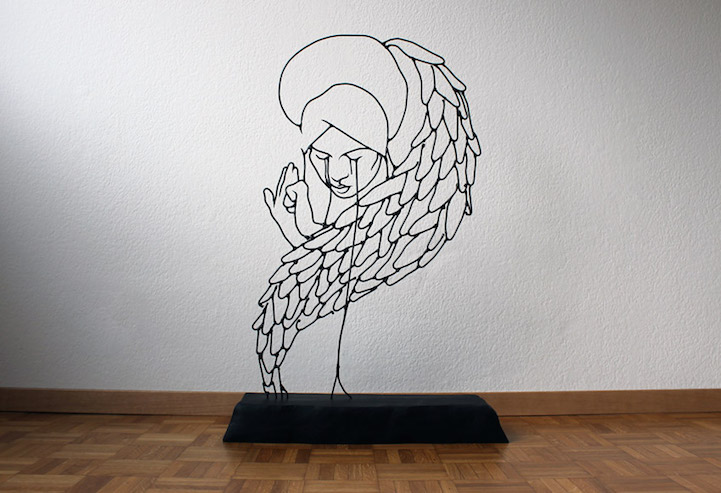 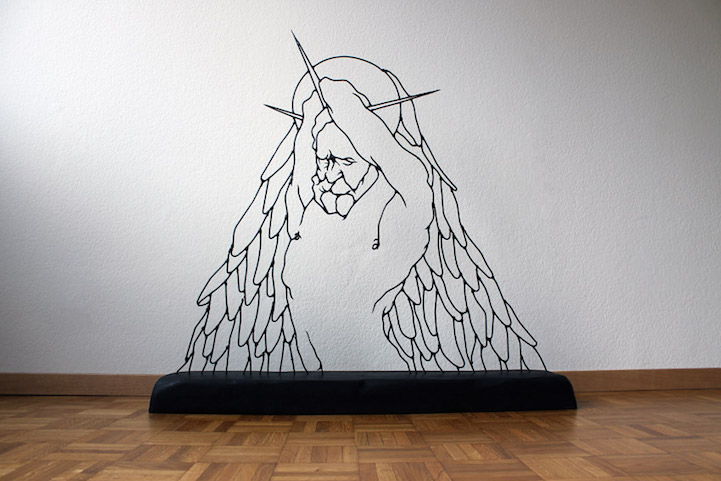 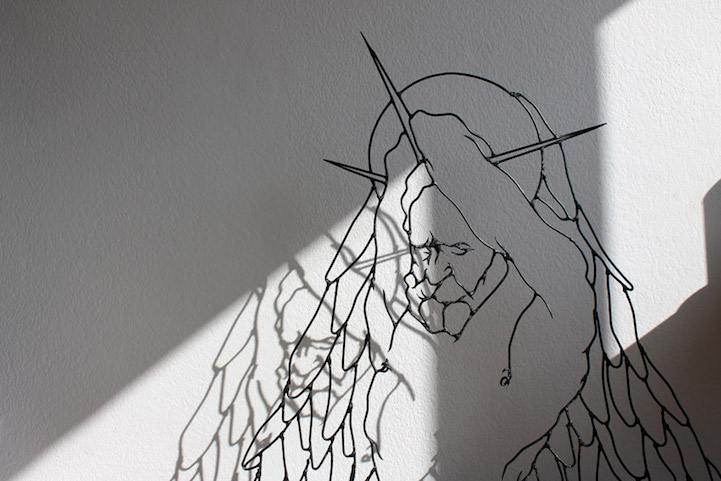