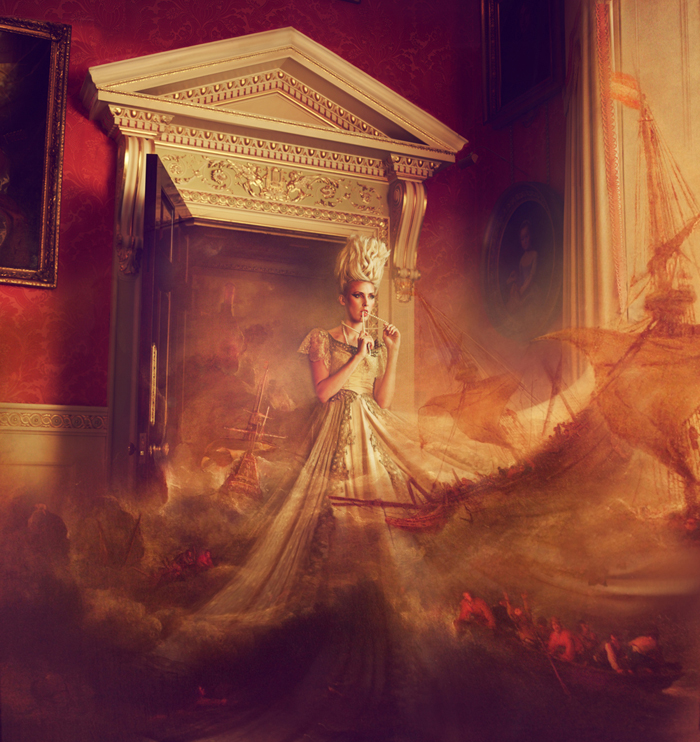 UK-based fashion photographer Natalie “Miss Aniela” Dybisz does more than just snap shots of models in designer clothing. She creates works of fine art while bringing elaborate, fantastical dreams to life. Finding inspiration from her own experiences and dreams to literature and film, Miss Aniela combines commercial aesthetics with fine art. It is this balance of the two that takes her body of work to another level.

Miss Aniela's ongoing fashion photo series entitled Surreal Fashion depicts surreal images in a variety of dreamy settings. The detail in the art direction is superb and leads the viewer to believe the otherwise unbelievable storytelling in each portraiture. These women are exactly where they're supposed to be and know precisely what they're doing, even if we don't. It's clear that the photographer works well with her models, because of the ease with which the subjects are portrayed in their unusual world.

We reached out to Natalie and she was kind enough to answer a few questions. Be sure to check out the interview, below. 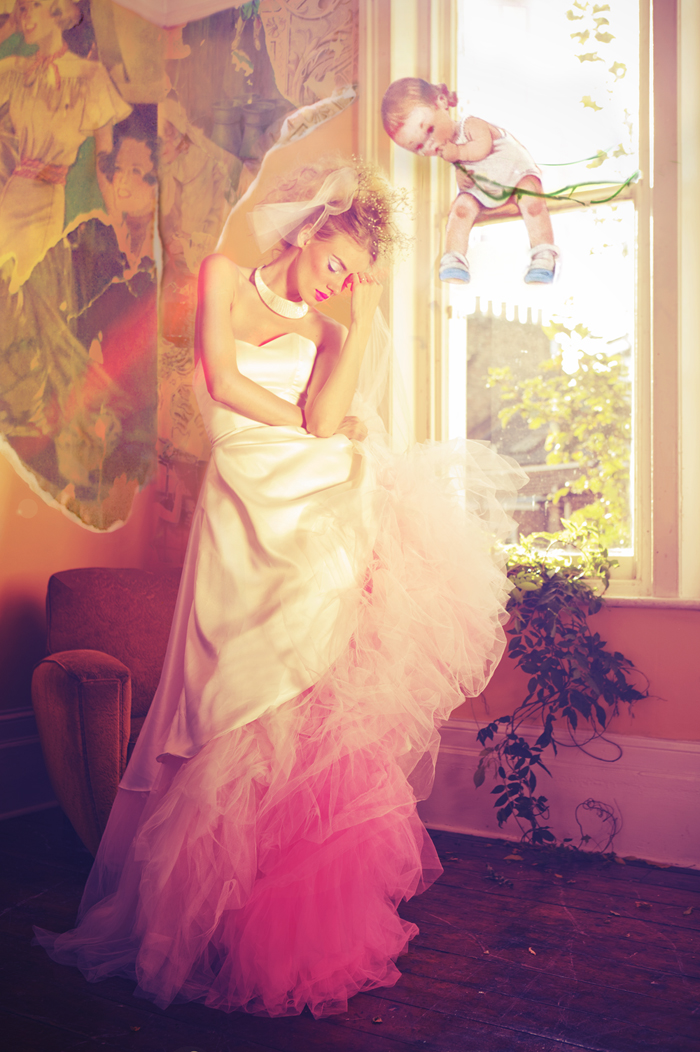 Your fashion photos are incredibly beautiful and surreal at the same time. Where do you find inspiration for your work?

I am inspired by lots of things, mostly outside of actual other photography. I have always admired the work of Guy Bourdin and also more recently Gregory Crewdson, but my inspirations are mostly based around my own experiences, dreams, and literature including the bible. I have always been inspired by paintings (of many different genres and eras) and throughout my photography career so far I have interpreted this inspiration in different ways.

In my early days, for example, I would be inspired directly by Dutch masters and photograph myself in low-key light to produce a chiaroscuro reminiscent of Caravaggio. In my most recent ‘surreal fashion' work, I became inspired by the paintings that were around the actual locations I was shooting the models in: from prop houses in London, which had eclectic, strange, non-descript canvases hanging and laying about; to a stately home in which I did a workshop shoot, where there were magnificent works of art worth thousands of pounds. Whilst everyone around me talked gadgets and software and lighting, I just wanted to somehow capture the magical fascination I felt looking at the paintings. 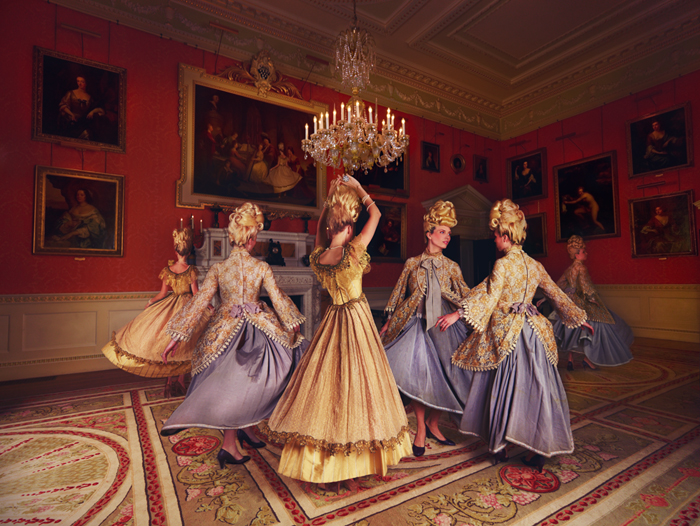 Looking at your photos, it almost seems like you always knew you wanted to become a photographer. True?

It is true that I got into photography at a fairly young age, about 15 when I first started to take self-portraits, and then it re-emerged when I was about 21 (with too much spare time at university). I think for a lot of photographers, photography becomes this main mode of expression that they settle upon, out of a potential choice of several art forms. Because I generally (though not every time) distort or mix my images in post-production, I can be considered a photographer whose mindset is more akin to that of a painter, that is, in using the camera to capture ‘material' that is later contrived and arranged to meet a more fictional, an often surreal, final piece. So, I would definitely say that I have always wanted to be an ‘artist.' and photography has become my love affair encounter, a way to manifest my desires to create! 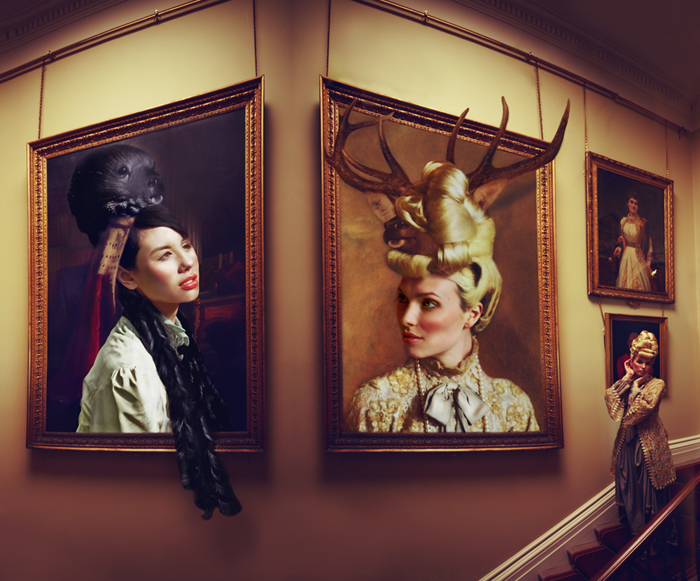 When you shoot, do you have the photo already conceptualized in your head or do you wing it?

Most often the latter, though I used to think that ‘winging it' was a sign of deficiency of a good ‘photographer.' I've learned that every kind of photographer, even press photographers, must embrace spontaneity, and in a variety of contexts ‘winging it' to some extent! In my own work, I probably get more time than other photographers to experiment with the situation and try different things. But I most often find that even if I have a preconceived inkling of what I want to do, the result will still surprise me in some way; it will take on its own organic life force in editing, which I have learned to accept and welcome. Planning is good, but I try not to over plan. 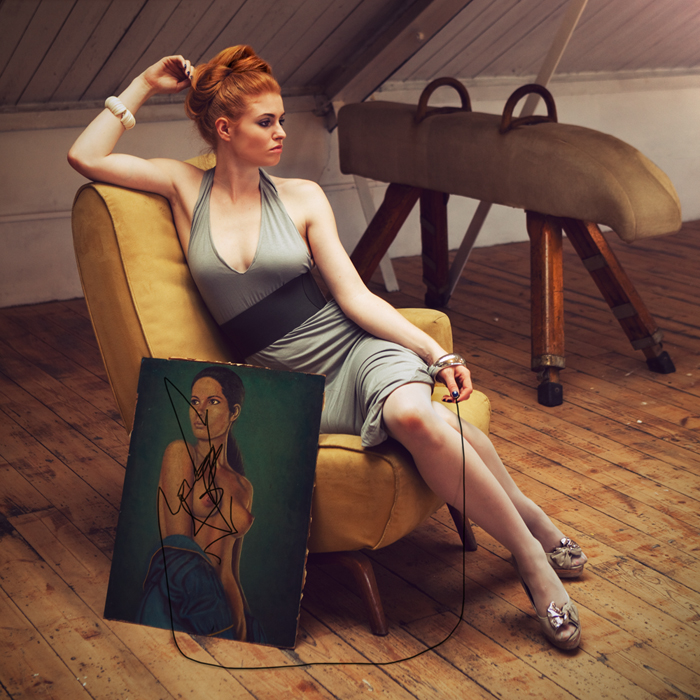 How much time goes into digitally editing your work?

It varies from less than an hour to possibly 4 or 5 hours. Once the composition ‘clicks' for me, then the time that goes into polishing, tweaking is irrelevant. I do not keep track, I am lost in devotion to that piece. The frustrating time is beforehand, when I don't quite know whether something will work, or whether a welcome ‘surprise' will emerge. For example, in my image ‘Storm Door,' I first tried the ships on another image of the woman standing by a wall – but when applying it to the actual portrait I did use, I saw that it spilled from the doorway in a way that worked so much more dynamically. But then, I must also expect that it won't work every time, so no time is ever necessarily ‘wasted' but is an investment towards my next stroke of ‘fortune.' 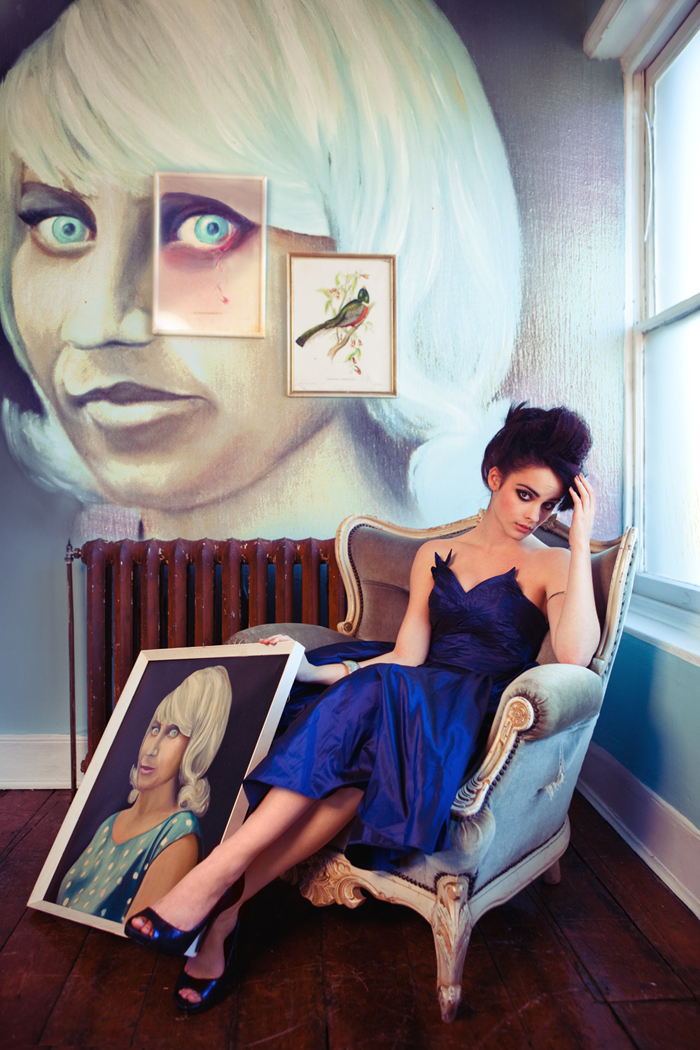 You seem to have so many exciting projects going on.  What's next in store for you?

The surreal fashion series is ongoing, together with my ‘Ecology' series. In 2012, I want to exhibit both (or either) of these series in galleries internationally. My biggest dream is to work on commissioned fashion and advertising work using the style of this series. I have done some commercial work but not yet broken into it on the scale I would like. I think people assume I am busy enough with my ‘own projects' and getting along just fine like that, but that is not true. Ultimately, to be commissioned for clients is the dream I am working hard to make real. I keep myself busy with my own work, and my ‘Fashion Shoot Experience' event, because I am head over heels in love with creating art, and will always continually produce work regardless. 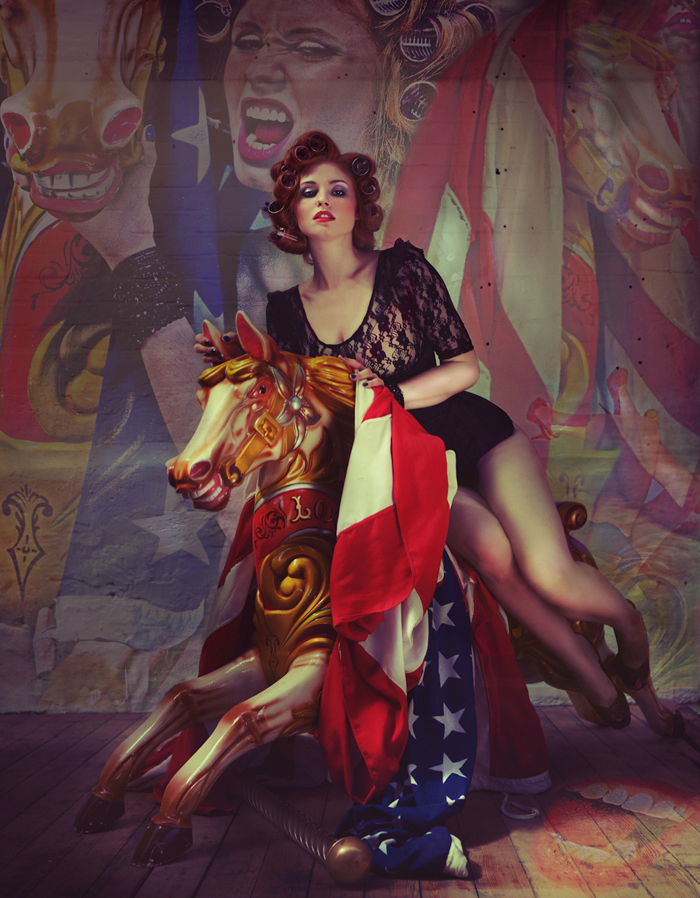 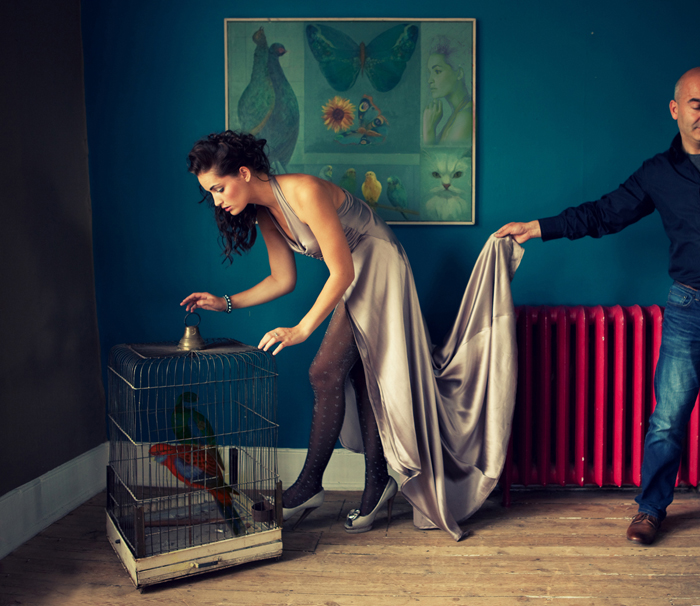 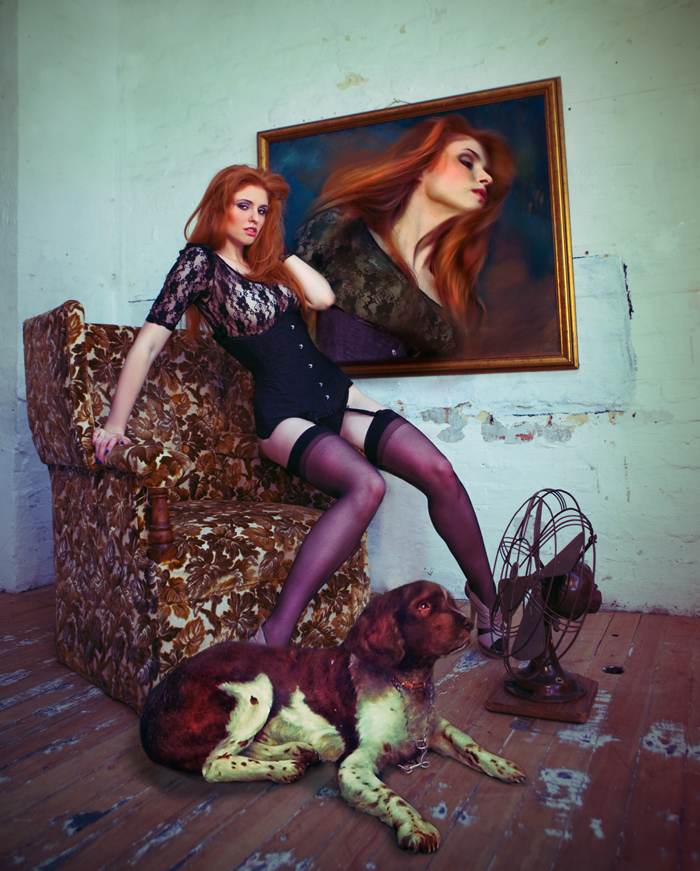 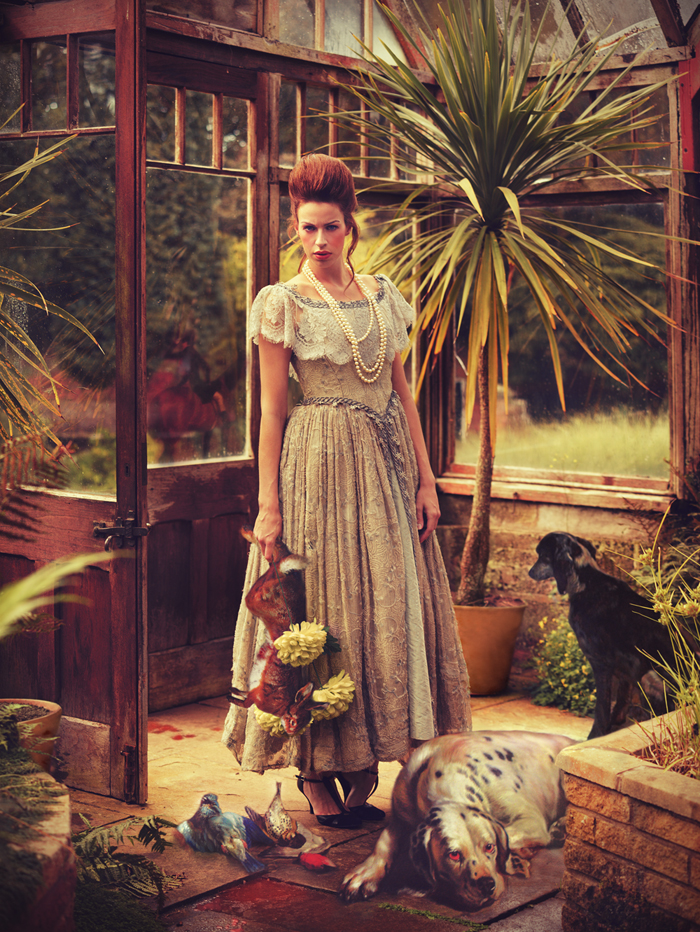 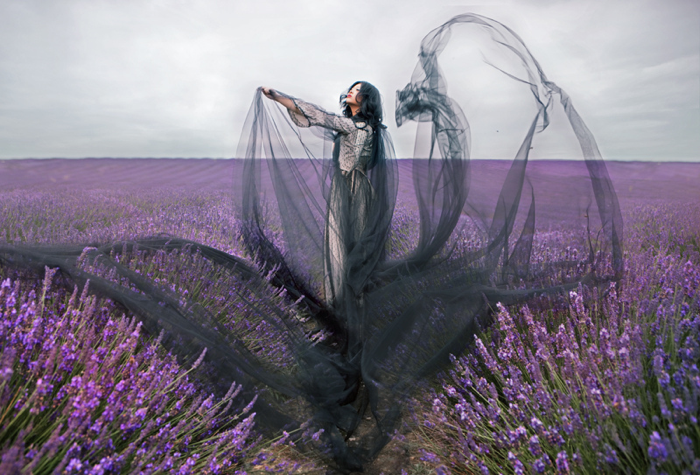 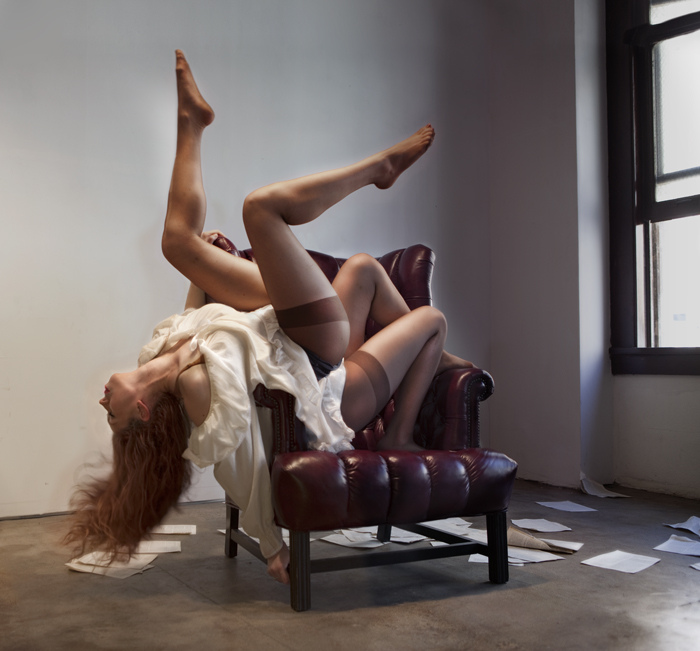 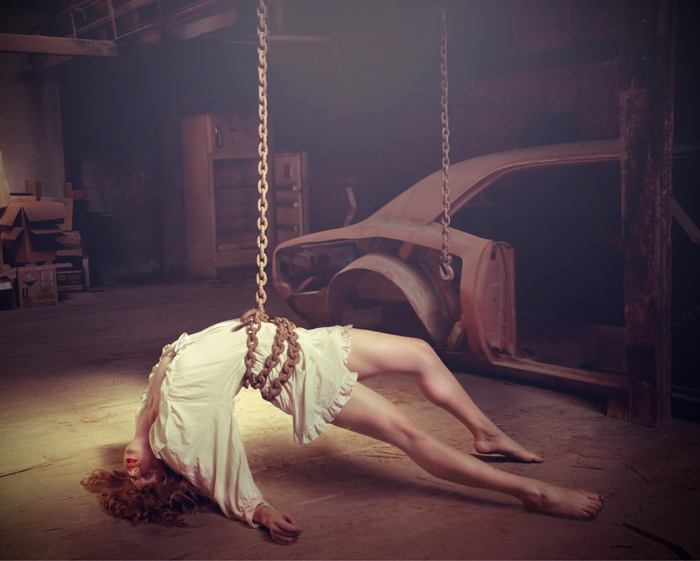