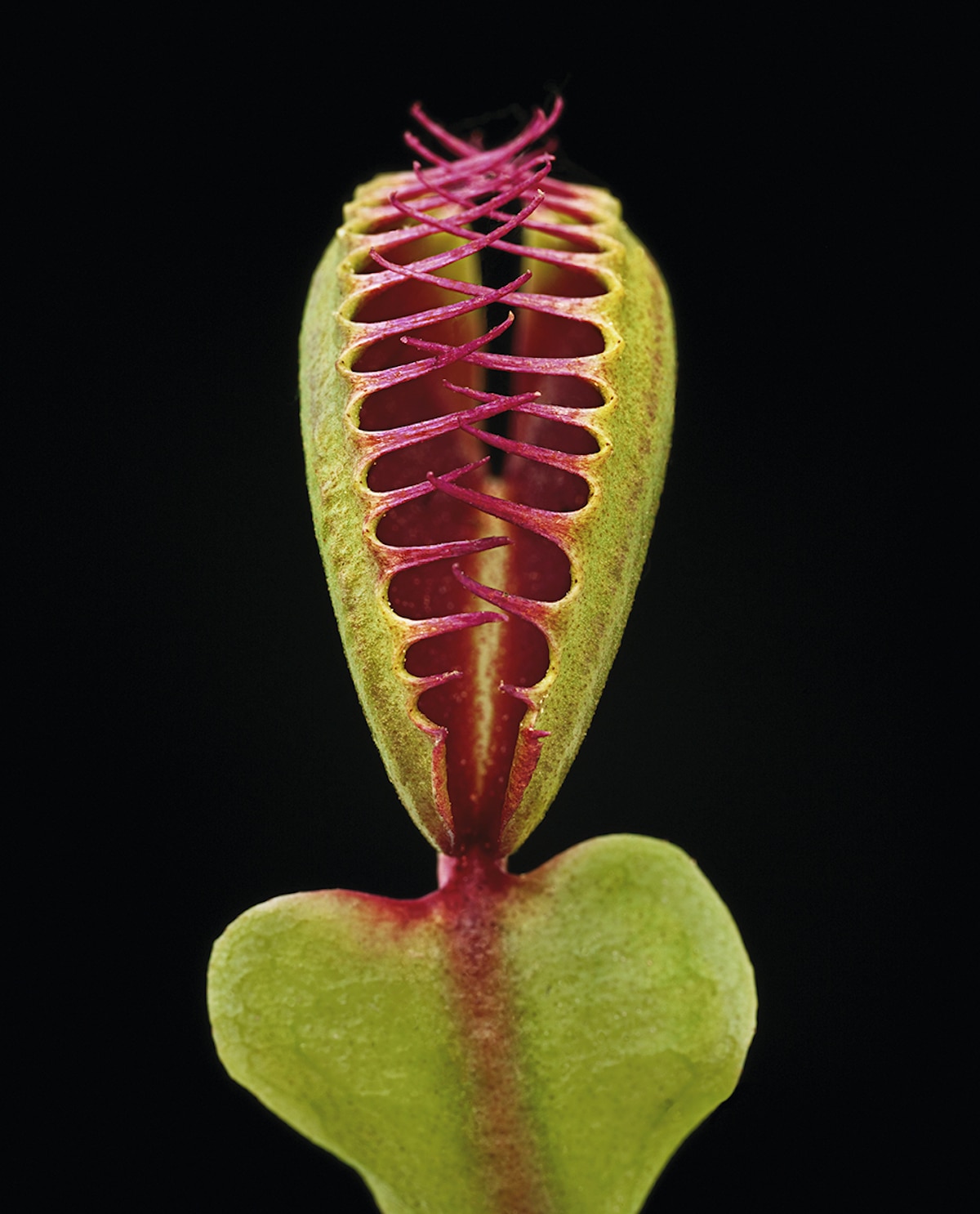 The extraordinary Venus flytrap is instantly recognizable with its large green and red jaws. As its name suggests, this plant consumes flies and other small bugs as a way to compensate for a lack of available nutrients from other sources. And it's not the only one. In fact, the Venus flytrap is just one of many different species of carnivorous plants—a term that describes any flora that derives most of their nutrients from trapping and absorbing animals or protozoans, such as insects.

As it so happens, this fascinating subject holds significant interest for Swedish photographer Helene Schmitz. So much so that she created a stunning series of macro photographs aptly entitled Carnivores. In this collection, Schmitz examines these unusual plants in strikingly close detail. Each flora is set against a dark monochrome background that offsets its subtle hues and features, altogether resembling a formal portrait. In addition to the Venus flytrap, Schmitz's portfolio also includes little-known species of carnivorous plants such as the Nepenthes lowii, the Sarancenia flower, and the Darlingtonia. Only the latter is pictured “at work” in seizing its prey—in this particular case, a moth—however, through Schmitz's macro photography, one can wonder what each of these amazing species is capable of doing.

In reality, carnivorous plants employ five different methods to ensnare their prey. These include pitfall traps, which grasp victims in a rolled leaf; flypaper traps, which use sticky mucilage; snap traps, which depend on fast leaf movement (i.e. Venus flytrap); bladder traps, which such prey using an internal vacuum; and lobster or eel traps, which use inward-point hairs to lead prey towards its digestive organ. Aside from the plants' predatory nature, Schmitz's Carnivores series also showcases the beauty of fierce foliage when at a state of rest.

Although Schmitz is based in her home country of Sweden, she is active around the world. Currently, her art is viewable at two different locations of the contemporary photography center, Fotografiska—both in Stockholm, Sweden, and Tallinn, Estonia. She is represented by Galerie Maria Lund in Paris, Turn Gallery in New York, and Willas Contemporary in Oslo, Norway.

Helene Schmitz's photography practice focuses on the intricacies of nature. 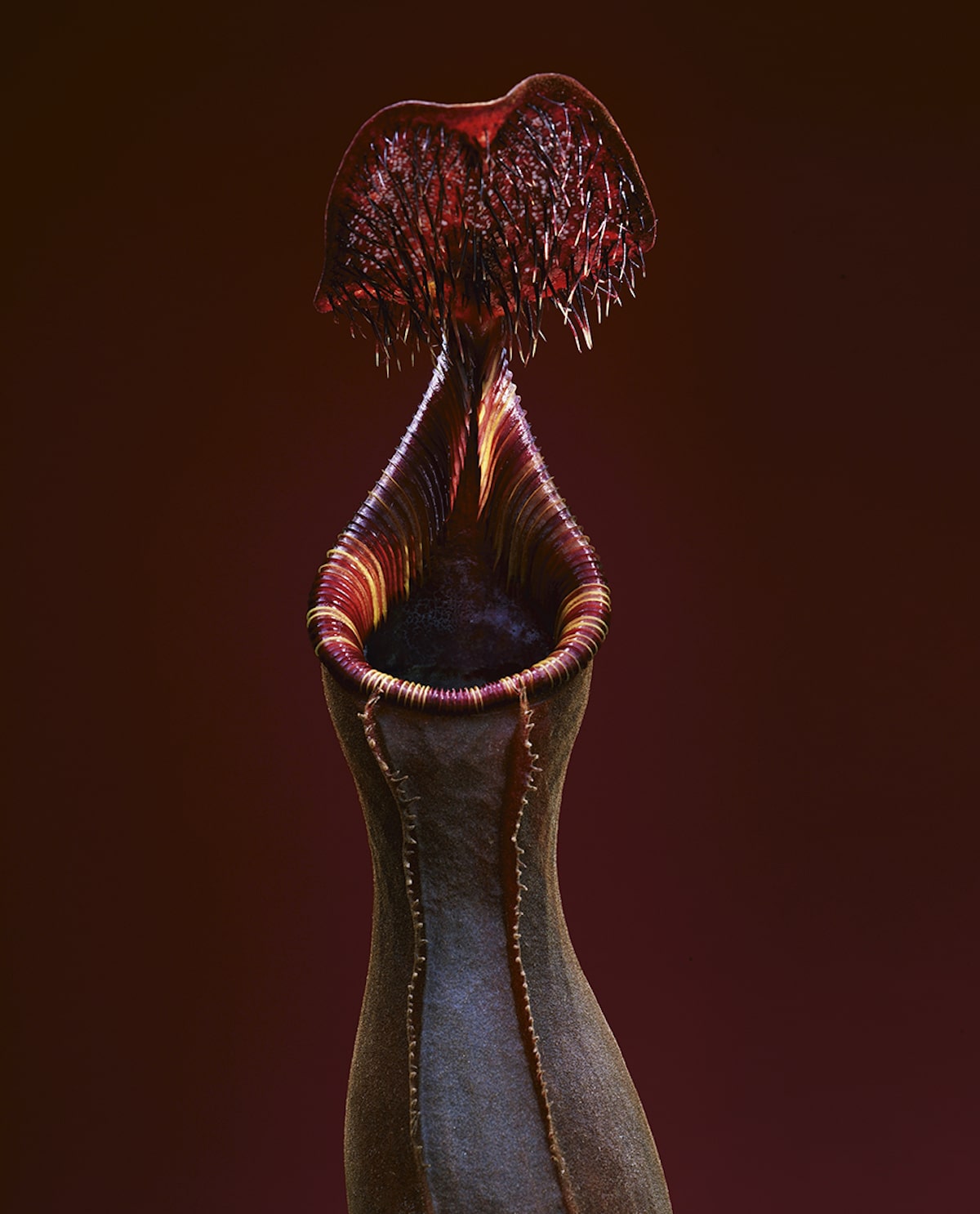 In her Carnivores Series, Schmitz captures the beauty of some of Earth's most unusual plants. 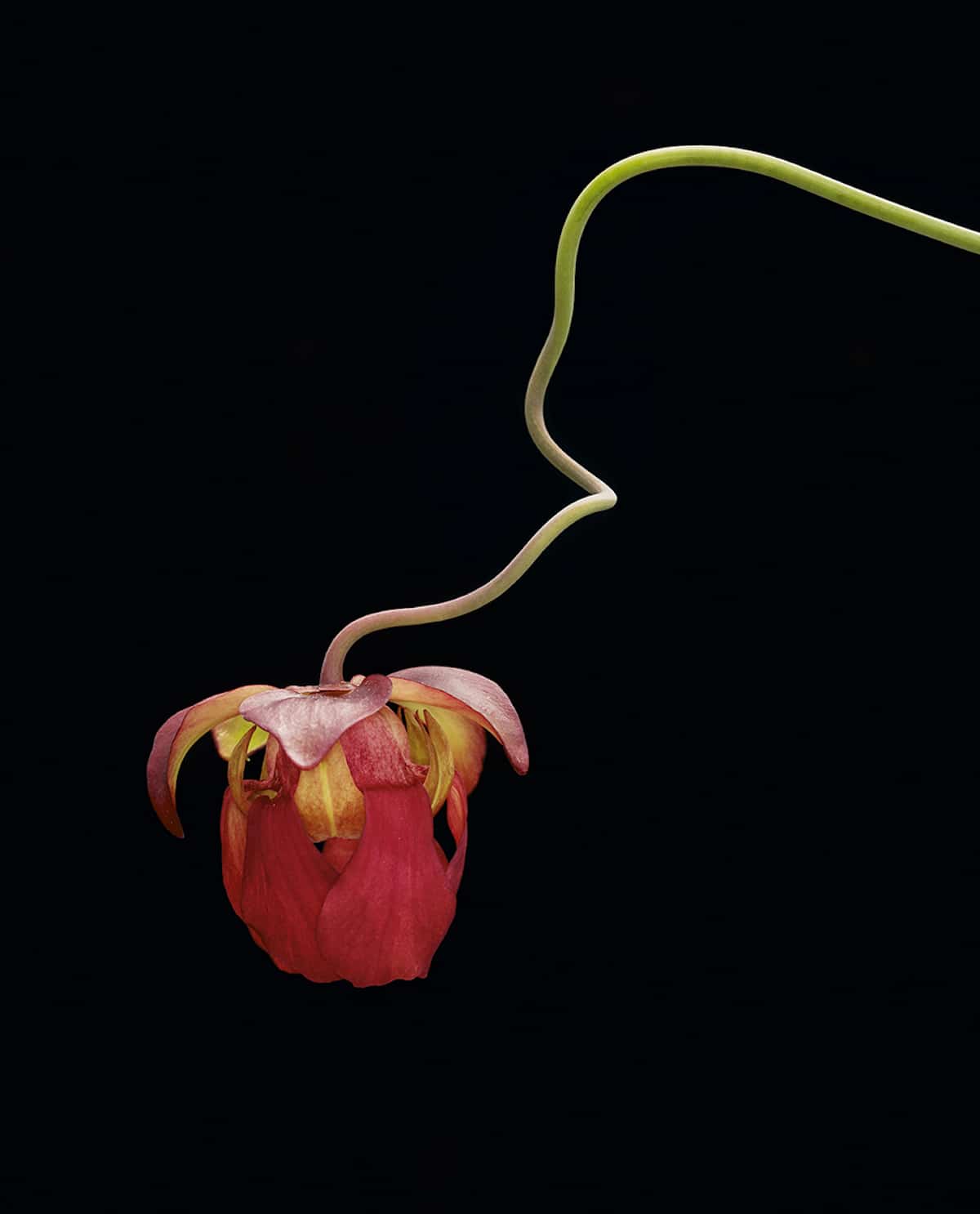 Each photograph examines the fascinating details of different carnivorous plants. 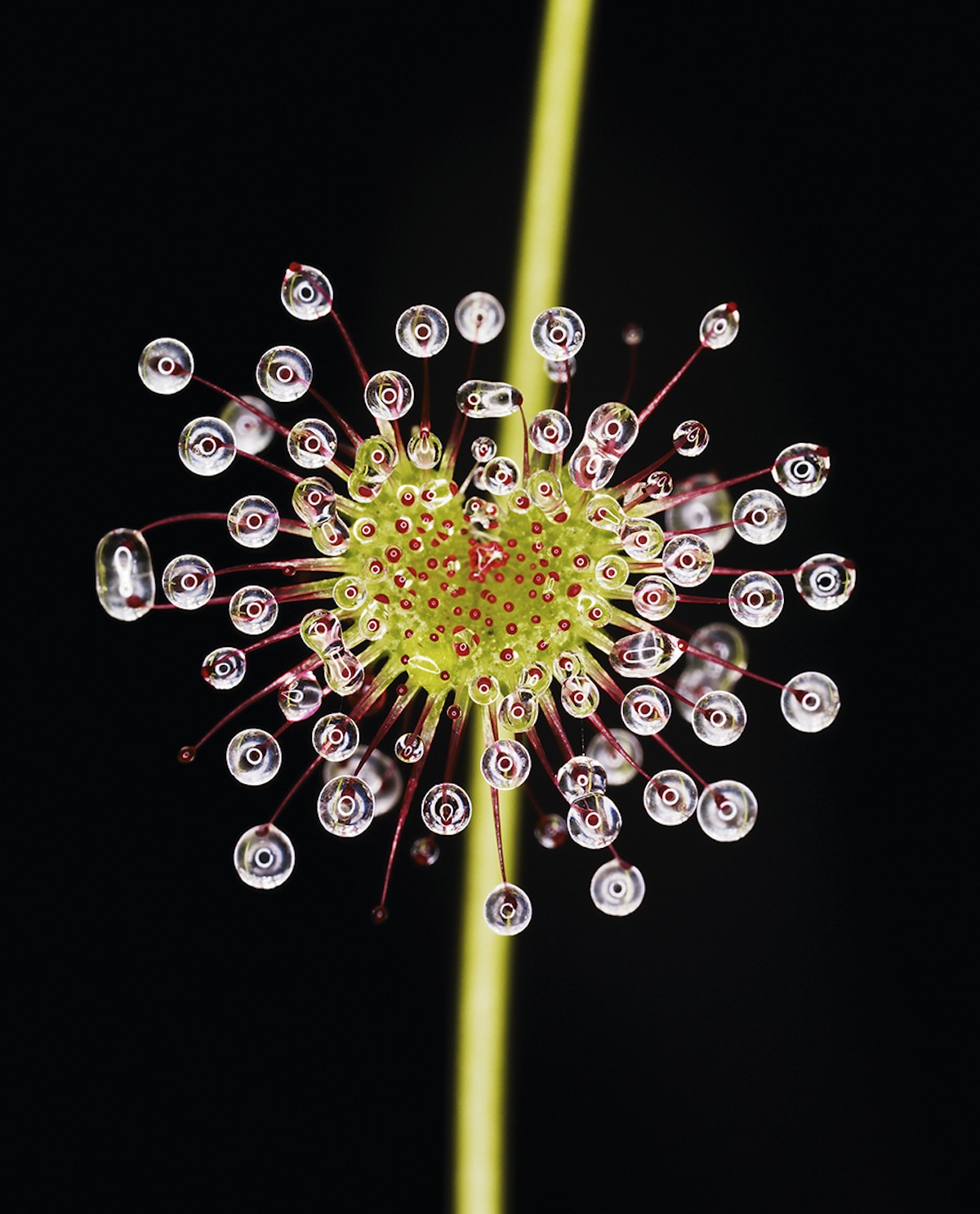 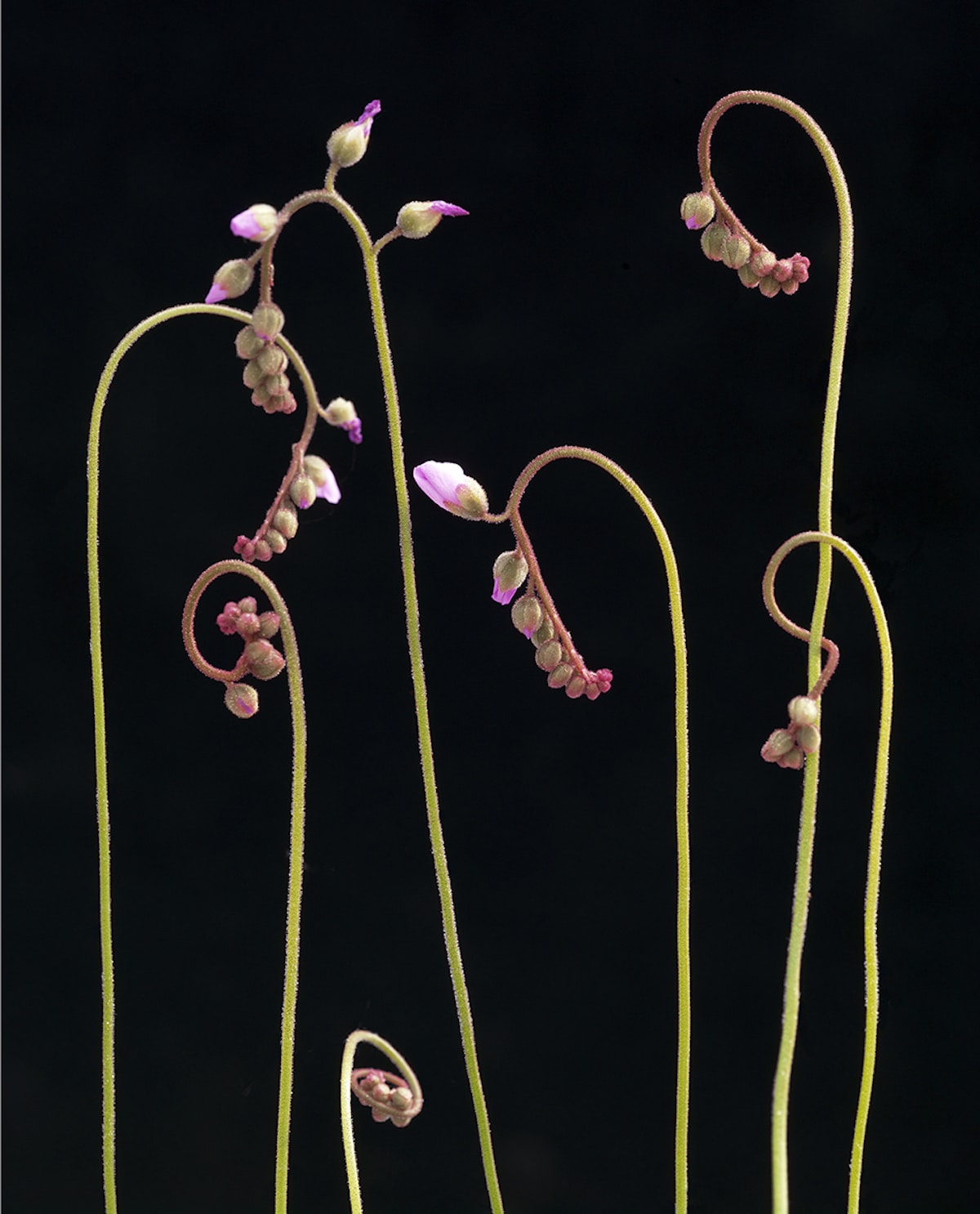 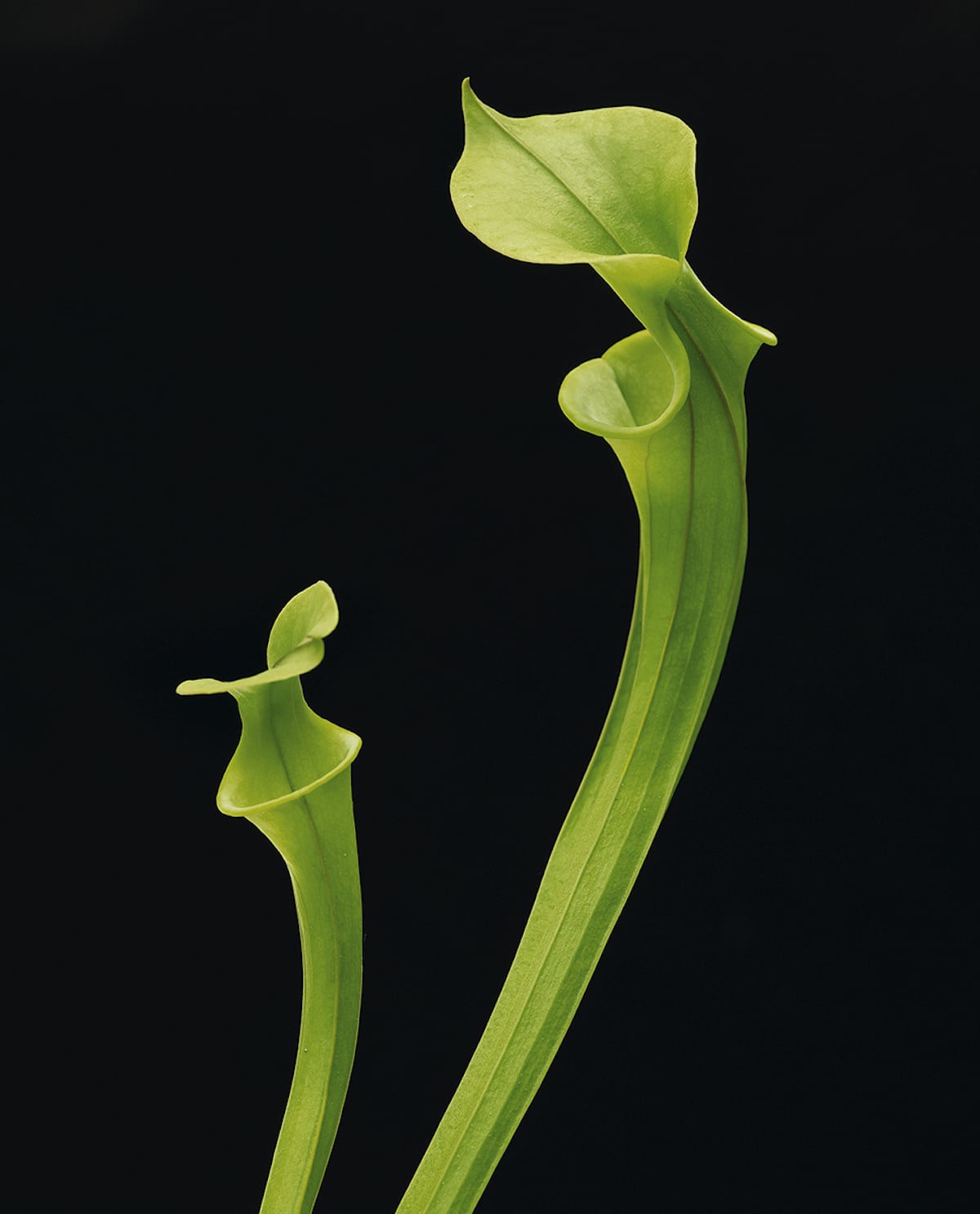 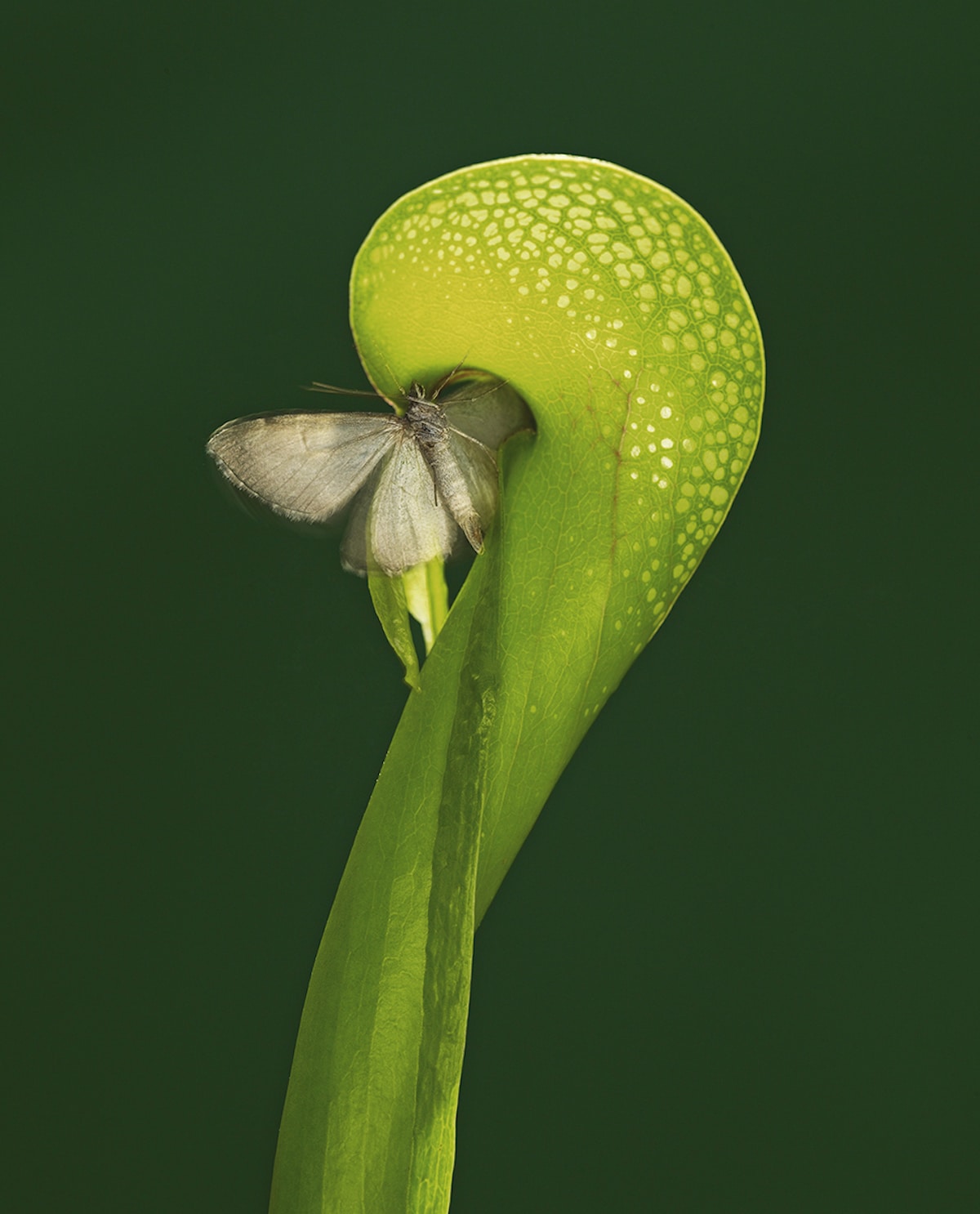 The Darlingtonia and the moth

Love these cool plants? Share
Like My Modern Met on Facebook
Get Our Weekly Newsletter
Become a
My Modern Met Member
As a member, you'll join us in our effort to support the arts.
Become a Member
Explore member benefits