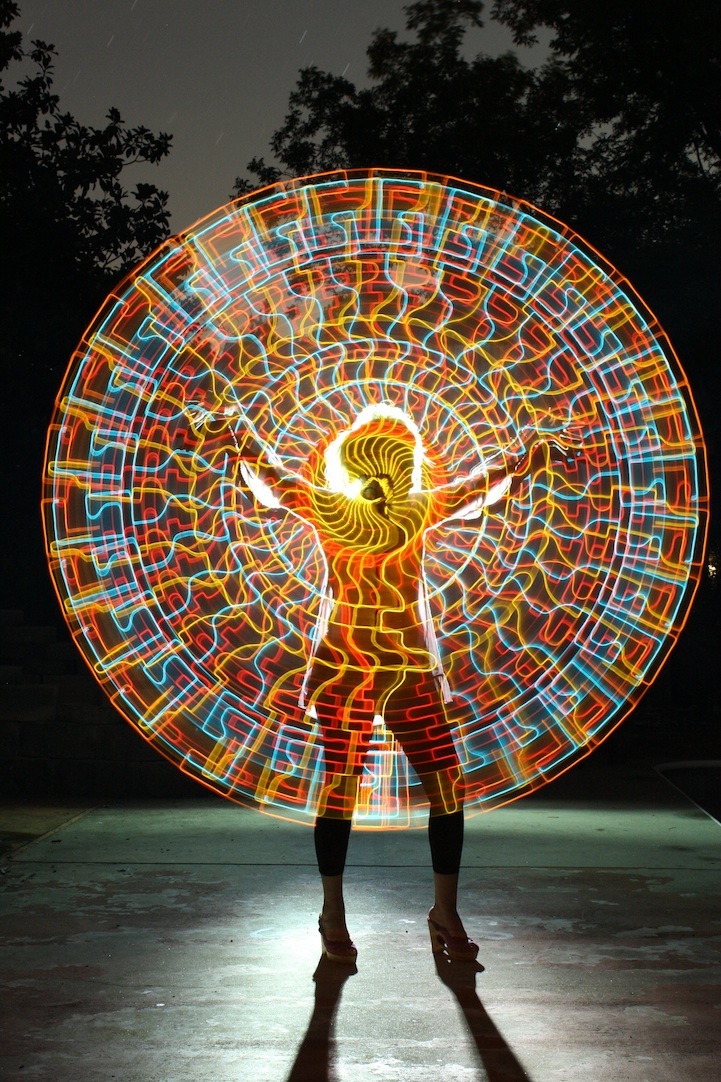 After seeing David Gilliver's gorgeous light paintings in former Nazi-occupied bunkers, we knew that we were only at the beginning of a shockingly amazing art form. Wes Whaley is another “light junkie” who, by day, works as a sales representative for an electrical supply company and, by night, turns into a magnificent artist.

Incredibly, none of his pictures are Photoshopped. “I use no post processing of any kind on my shots,” he tells us. “As for the patterns I make, I shape EL wire on a screen and spin it in a circle.” So what's in Whaley's tool box? “I use a Canon Rebel XS, EL wire, RBG strips, and a tripod,” he says. “I mount my lights on a paint roller and use the tripod to spin it to make perfect circles. Coleman glow sticks are for the fire effect. The EL gives me the patterns.” 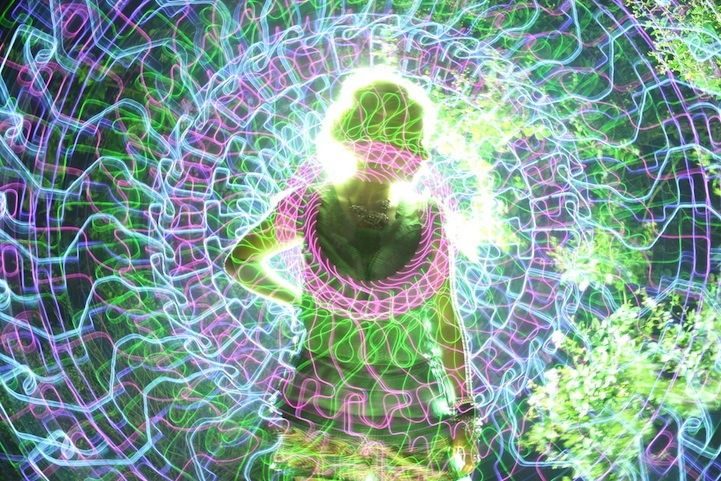 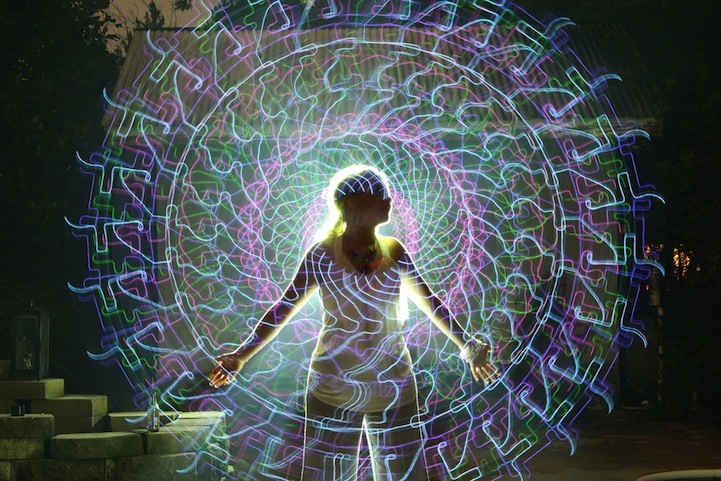 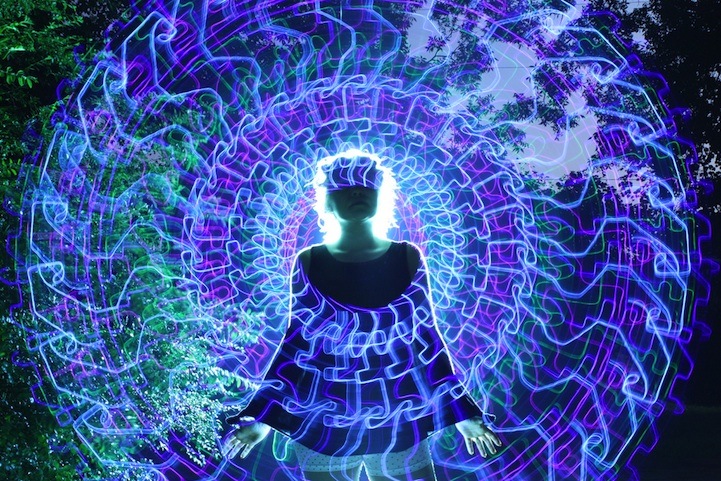 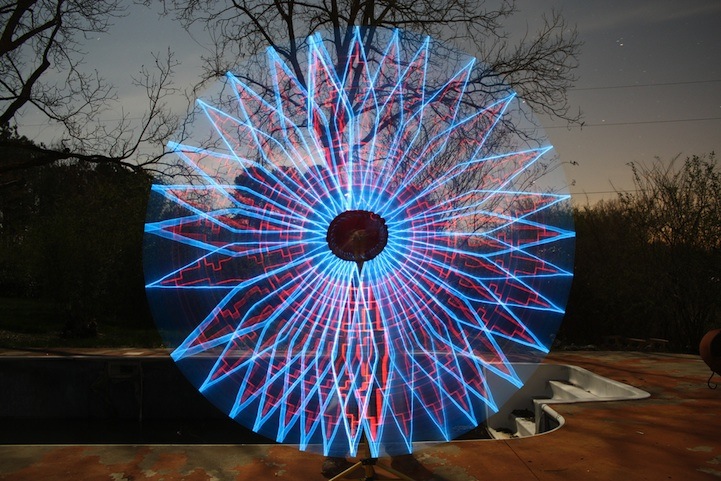 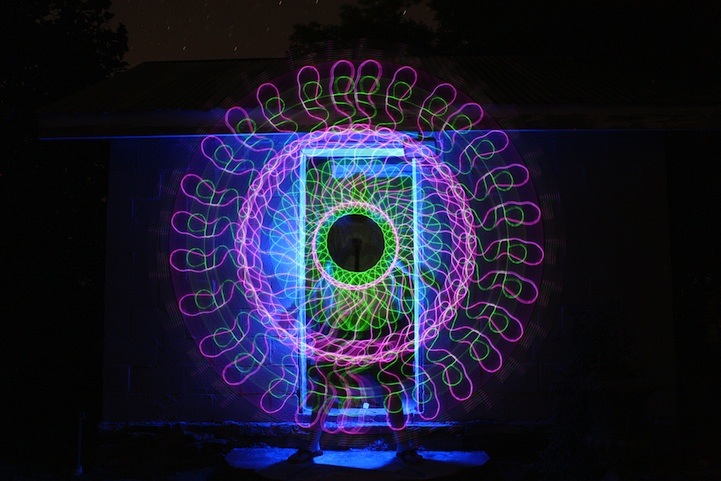 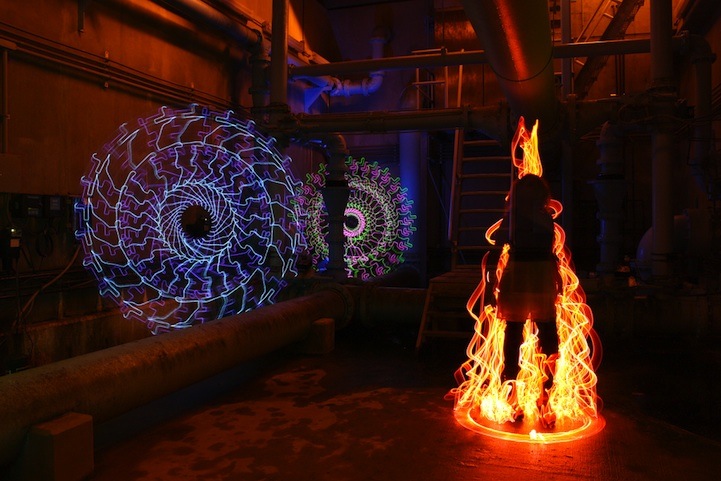 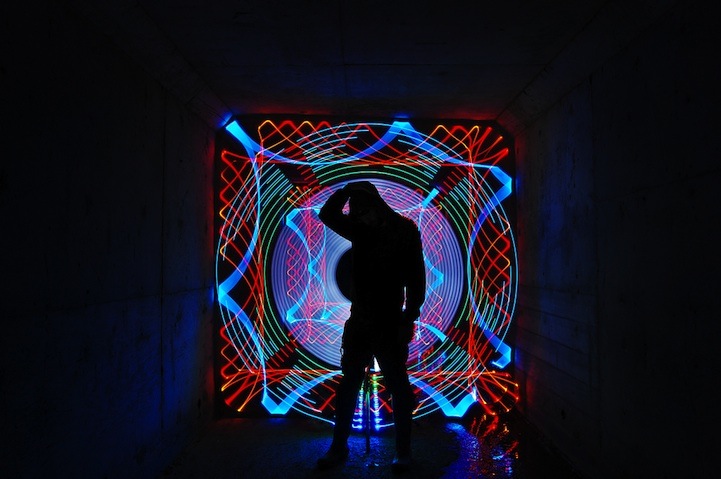 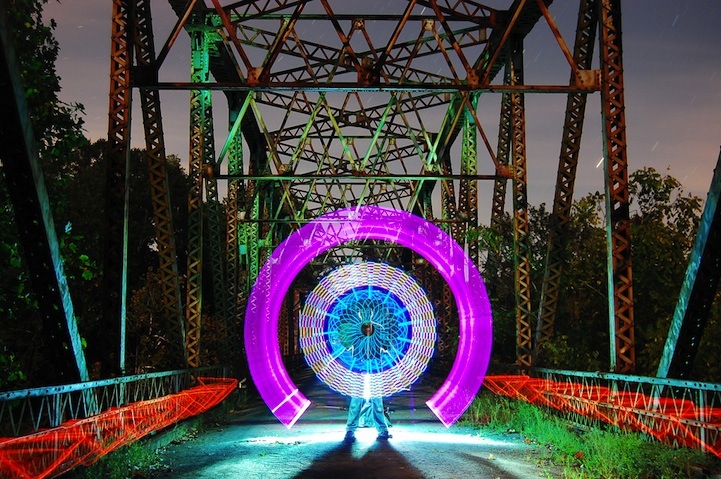 As for advice he'd give to others interested in picking up this art form, Wesley's quick to say, “Get some EL wire and experiment it's awesome stuff!” Also, he recommends that you prepare yourself for some unexpected encounters. “It is very hard to explain to the police what you are doing out in the middle of the night, which is waving lights at a camera!”