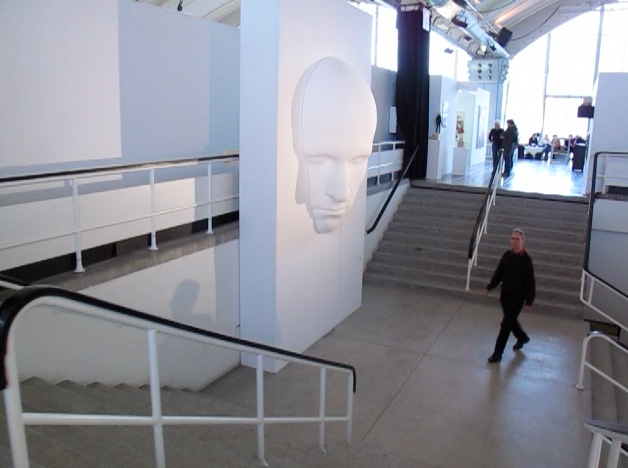 Levi van Veluw is a multidisciplinary artist based in the Netherlands. His work often consists of illogical “combinations of materials, patterns, colors, and forms.” His earlier work, The Origin of the Beginning, involved a large amount of material and patterns to express his personal attempts to gain control over his own life and overcome a sense of loneliness.

Van Veluw's sculpture Monere, which hangs in Art Rotterdam, is a massive self-portrait created from fiberglass. “The purpose of monuments is very often to impress or awe. In English the word “monumental” is often used in reference to something of extraordinary size and power. And that word comes from the Latin “monere,” which means ‘to remind' or ‘to warn.'”

By creating such a huge sculpture and placing it high above the viewer, he creates a sense of homage to greatness, literally to a “higher” presence of the sculpture overhead. In a sense, one can interpret this piece as an announcement of a certain triumph he has achieved in his own life. The size of the huge sculpture is 255cm x 180cm x 80cm / 100in x 71in x 31.5in 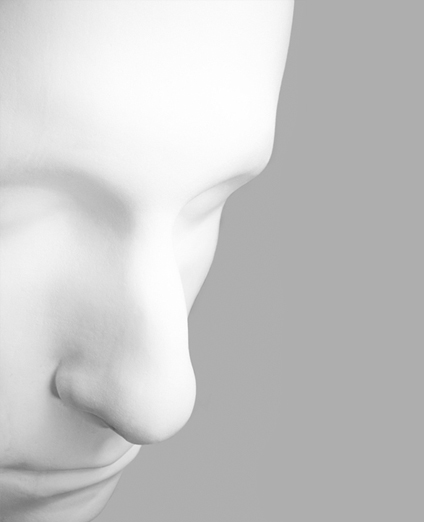 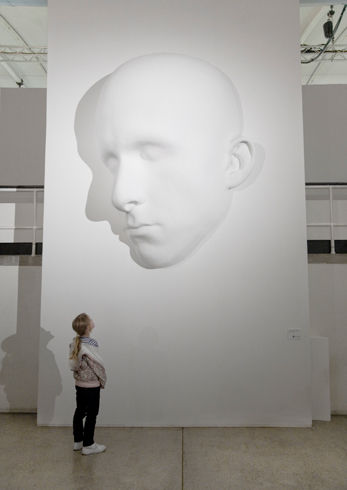 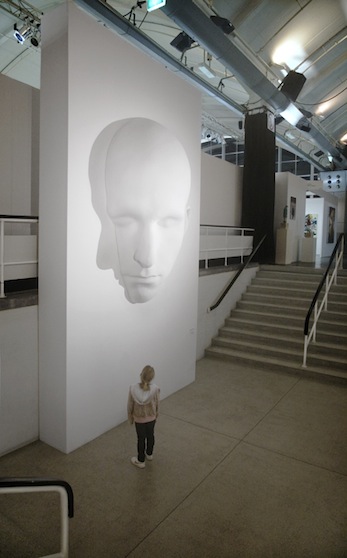