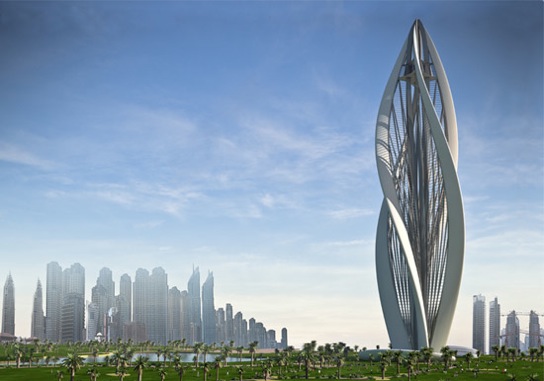 The tower is equipped with two elevators that run on spiral rails which turn 135 degrees and ascend 450 feet (138 meters). The lifts ascend from the lower ground floor (where the visitors enter) to the cafeteria level and the viewing platform above. There are also two staircases fitted in the spiraling elements of the building which can be used in case of an emergency.

“A landmark is more than just a tall building. It is a structure that becomes the emblem of a new era, trying to capture the vitality of an emerging society. Dubai's urban growth in the last decade resembles the same growth of a flower blossom in the middle of the hostile desert. This growing is of a dynamic kind and what more dynamic than a spiral across the sky, a symbol of the new face of the city that arises from the ground of an old civilization.” -spokesperson for Petra Architects 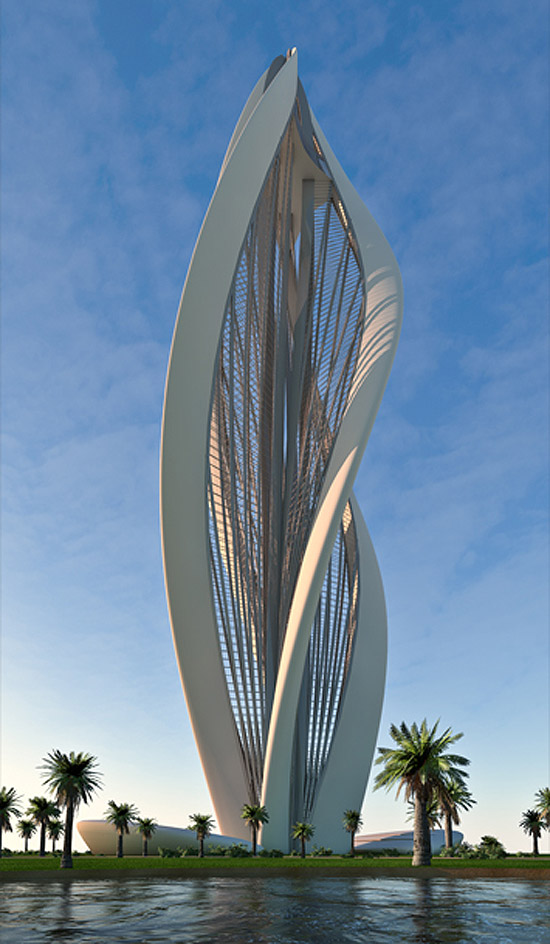 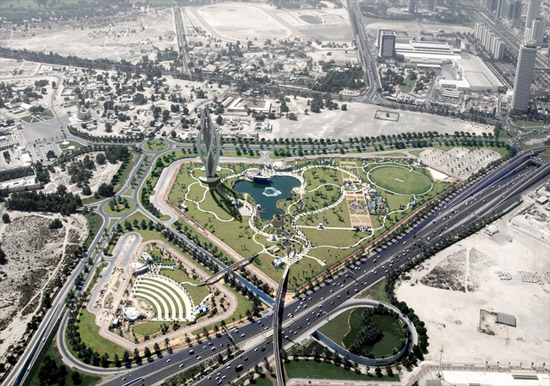 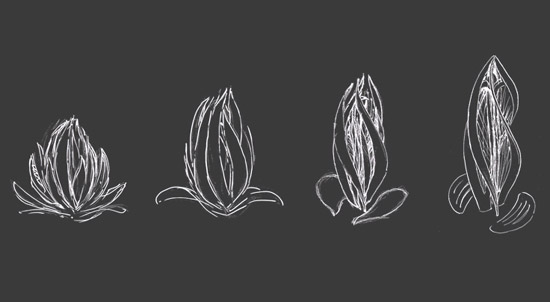 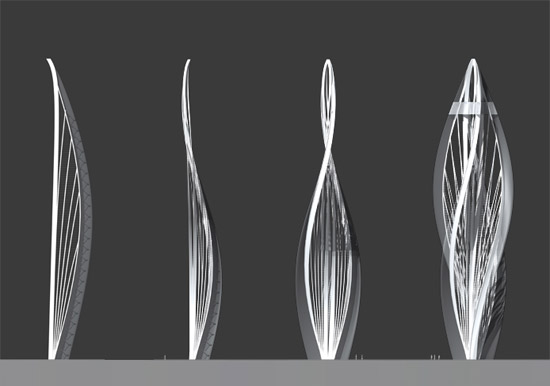