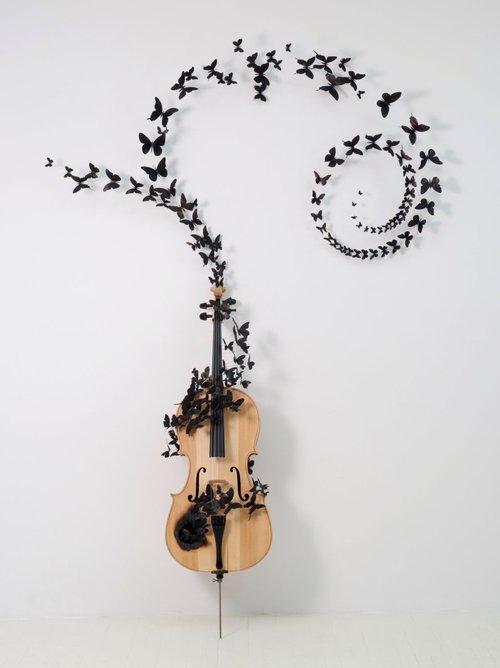 You may recall artist Paul Villinski's swirl of butterflies made of beer cans from a few years ago. He has since honed his craft, continuing to reproduce the beautifully fluttering insects out of recycled cans that once littered the streets of New York. The shapes created and paths taken by these delicate creatures reflect a sense of freedom, which is a highly coveted quality across all art forms. In two of his latest pieces titled Fable and Rise, Villinski presents a visual melody of butterflies blooming out of the crevices of a cello and an electric guitar, respectively. It feels as though you can hear the music.

The sculptor's conscious choice to represent butterflies in his work stems from their transformative nature. Like the metamorphosing creature, the used aluminum cans evolve and are given new life in a beautiful form. Villinski's process for producing each piece, which he refers to as three-dimensional paintings, is rather open. The artist suggests that the constructed butterflies take on a form of their own, saying, “As the butterflies alight on the walls of my studio, they lead into an exploration of formal, painterly issues. Often, they want to gather into a certain shape, or fly off on a particular tangent, and I let them.” 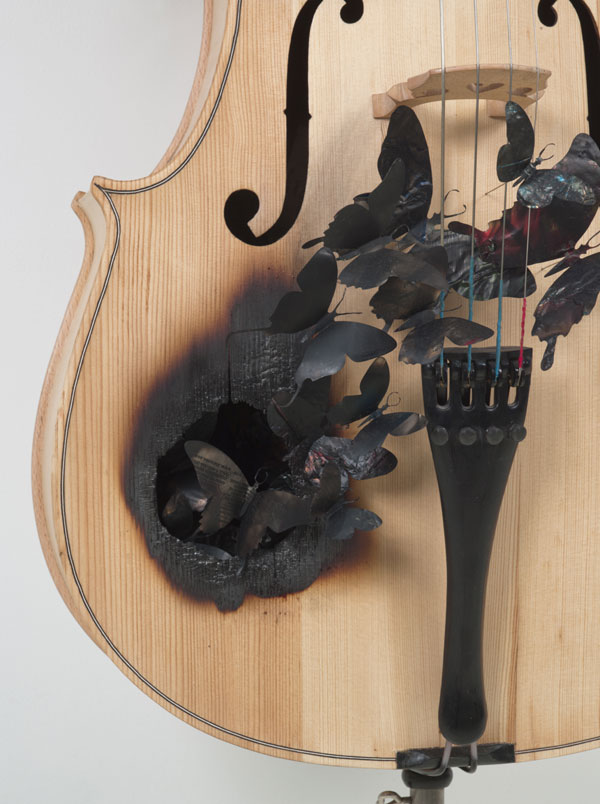 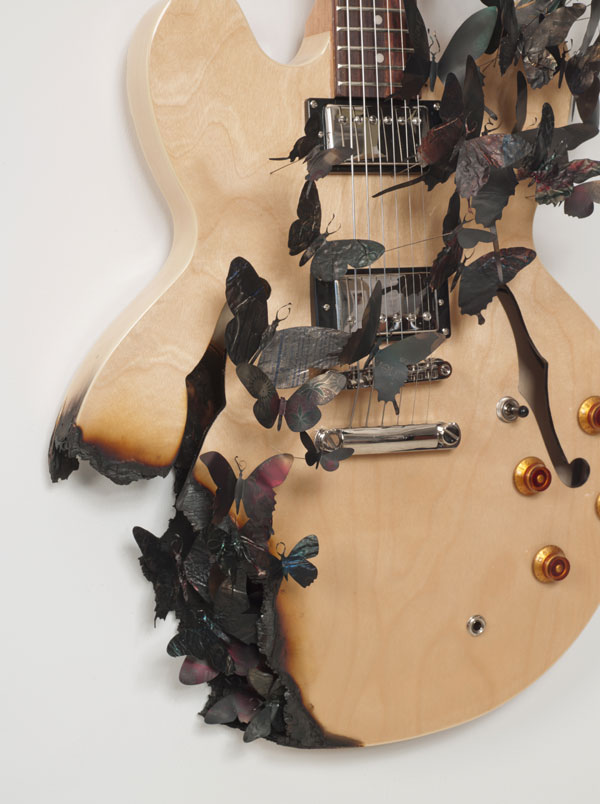 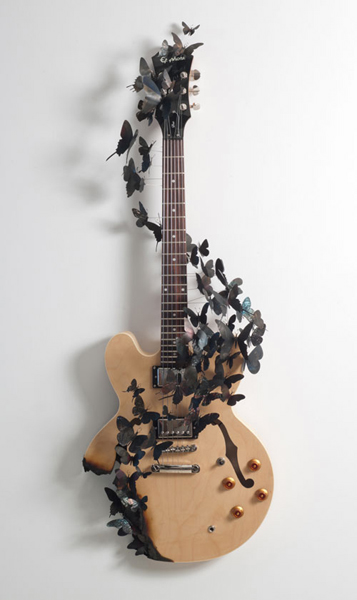