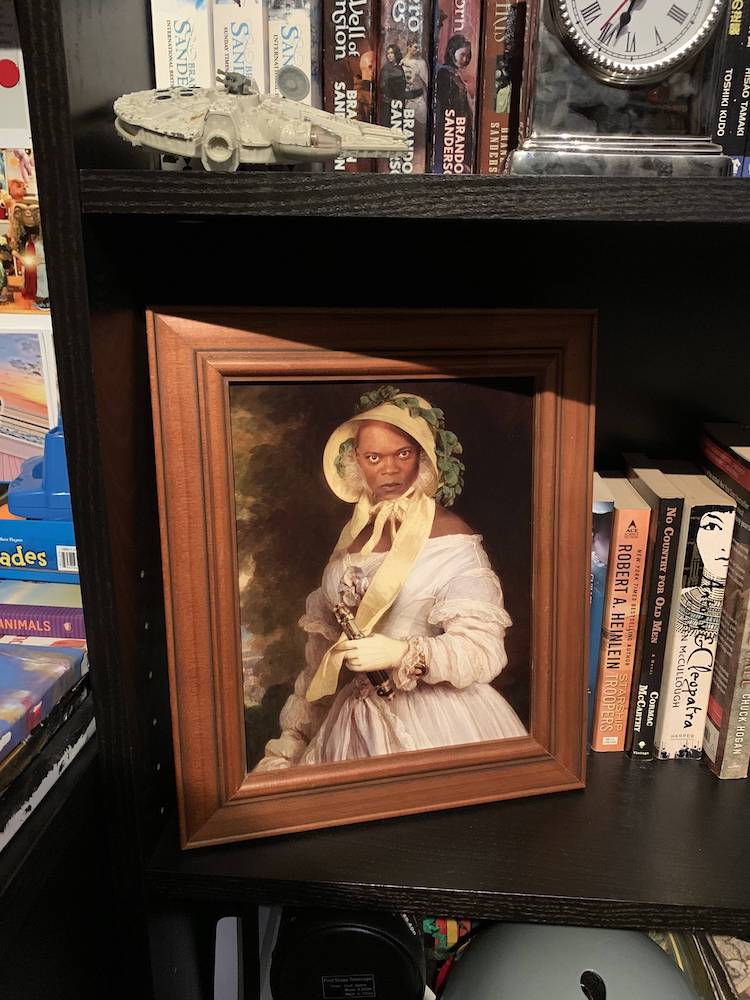 An Australian artist known as Scadam (or mandal0re on Reddit) reimagines famous characters from the Star Wars universe in the form of historical-style digital paintings. It all started with a picture of actor Samuel L. Jackson in a dress… In Scadam’s retelling, Jackson, who played Mace Windu in the film The Phantom Menace, wields a lightsaber while wearing a frilly gown and large bonnet on his head. The image is eye-catching; so when Scadam used it to replace a framed picture that was already on a shelf in his home, he was sure his wife would quickly see the switch.

After three days, Scadam’s wife didn’t seem to notice Windu, and so he added another work of art to the bookshelf. This time, the Photoshopped image featured Ewan McGregor as a young Obi-Wan Kenobi wearing a gown and donning a set of pearl bracelets and a necklace. When his wife failed to discover both Windu and Kenobi, Scadam decided to “double his efforts” and replaced two more picture frames with his dramatic portraits. “I don’t know how far I’ll push this,” he told My Modern Met at the time, “as I only have two more Star Wars in skirts pictures and I’m running out of shelf space.”

It turns out that Scadam didn’t have to wait too much longer for his artistic bookshelf additions to be discovered. All told, it took his spouse eight days to see the Star Wars portraits. But just because they were found doesn’t mean they are going away. Scadam provided us with an update: “She’s leaving them there.” 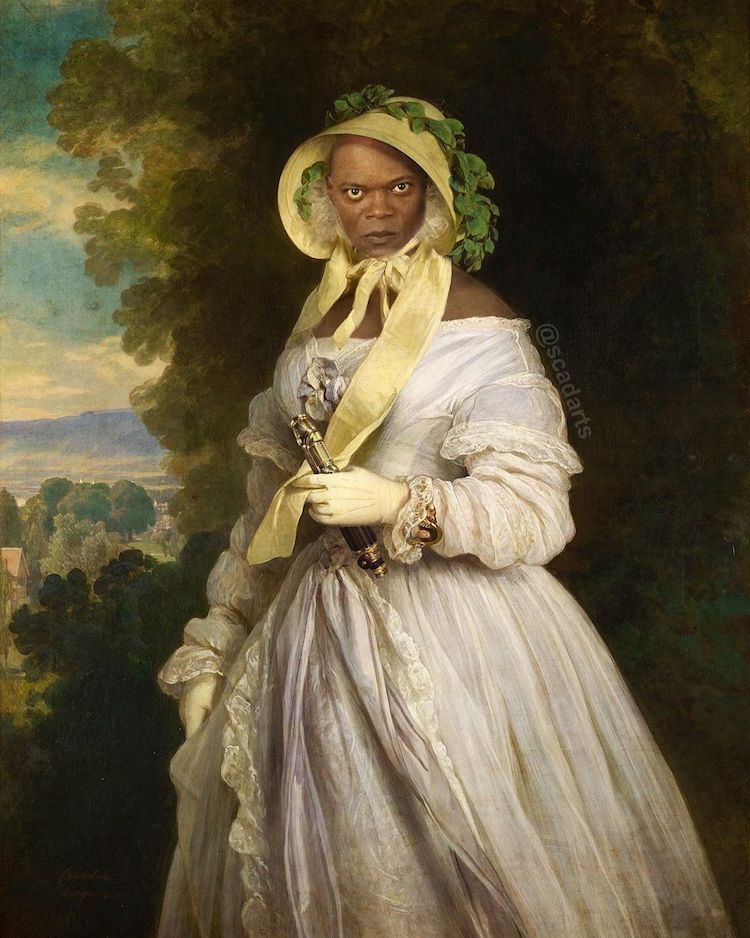 After starting with Samuel L. Jackson as Mace Windu (in a dress), his wife failed to notice the switch. So he added Ewan McGregor as a young Obi-Wan Kenobi (also in a dress). 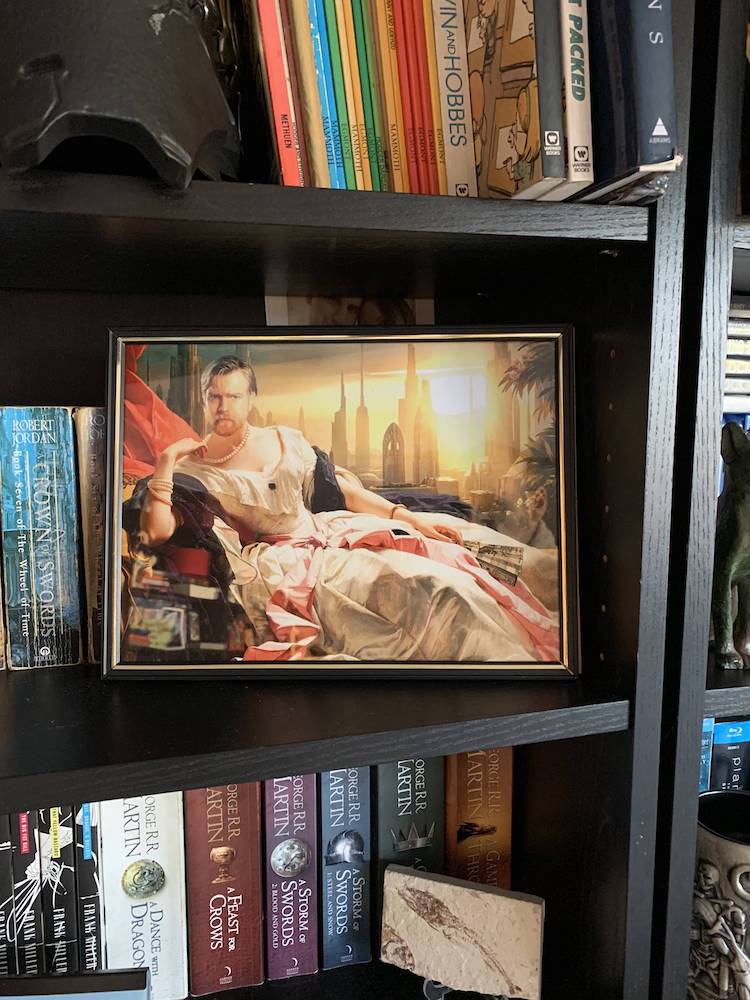 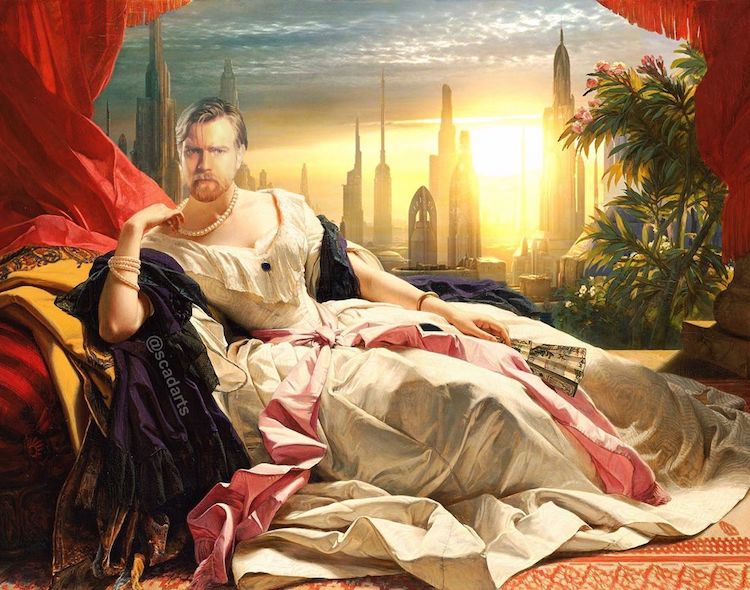 Scadam's spouse didn't notice his switches after four days, so he decided to “double his efforts.” 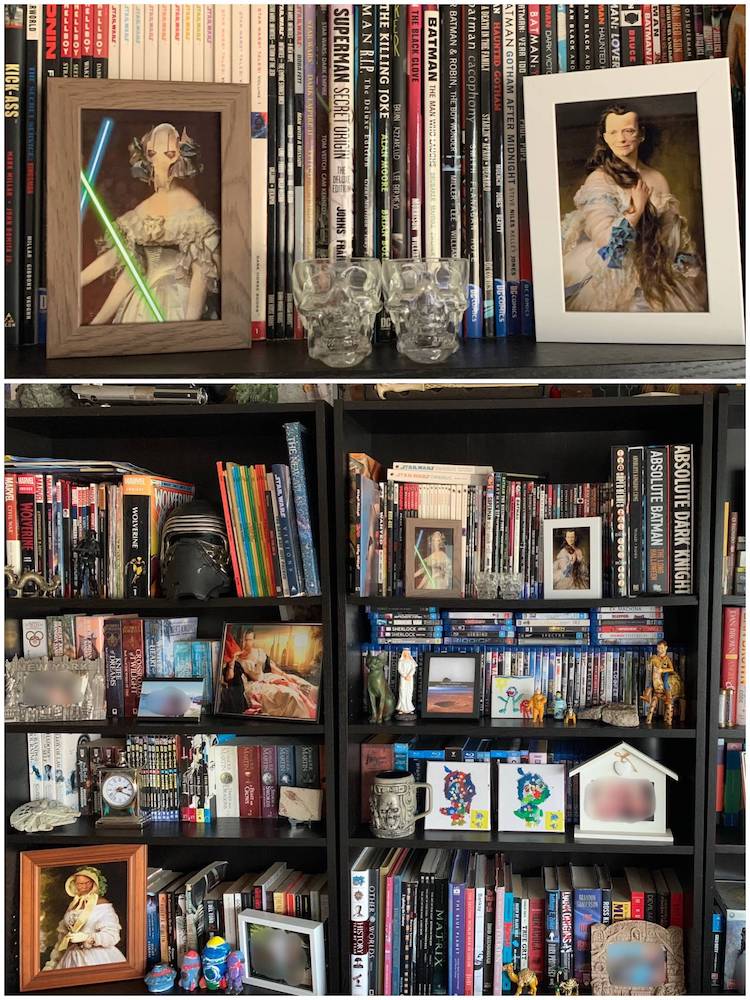 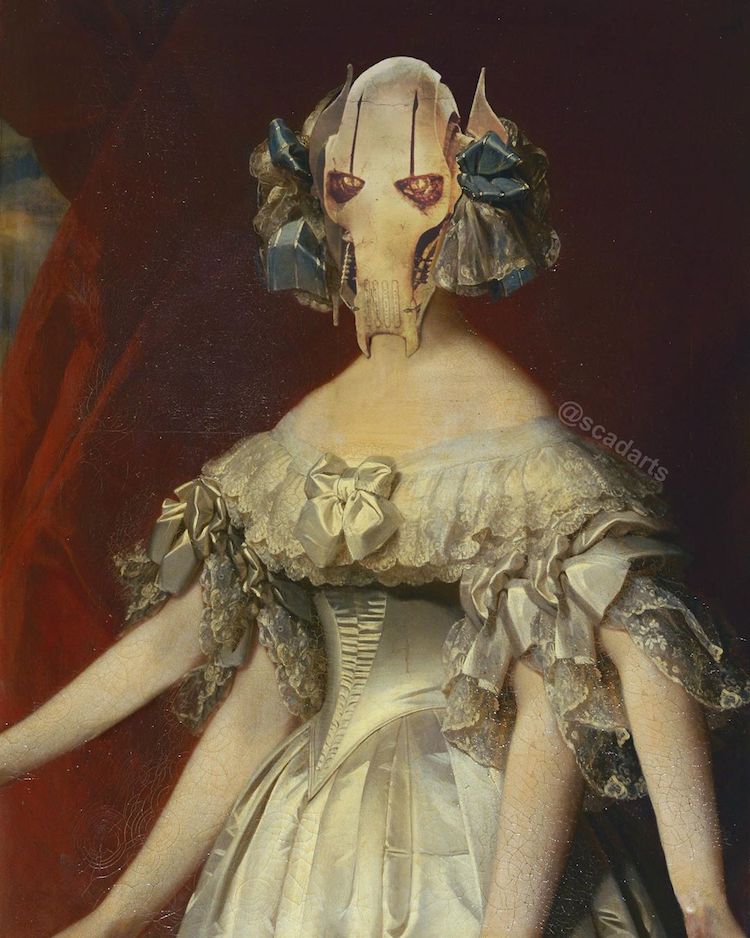 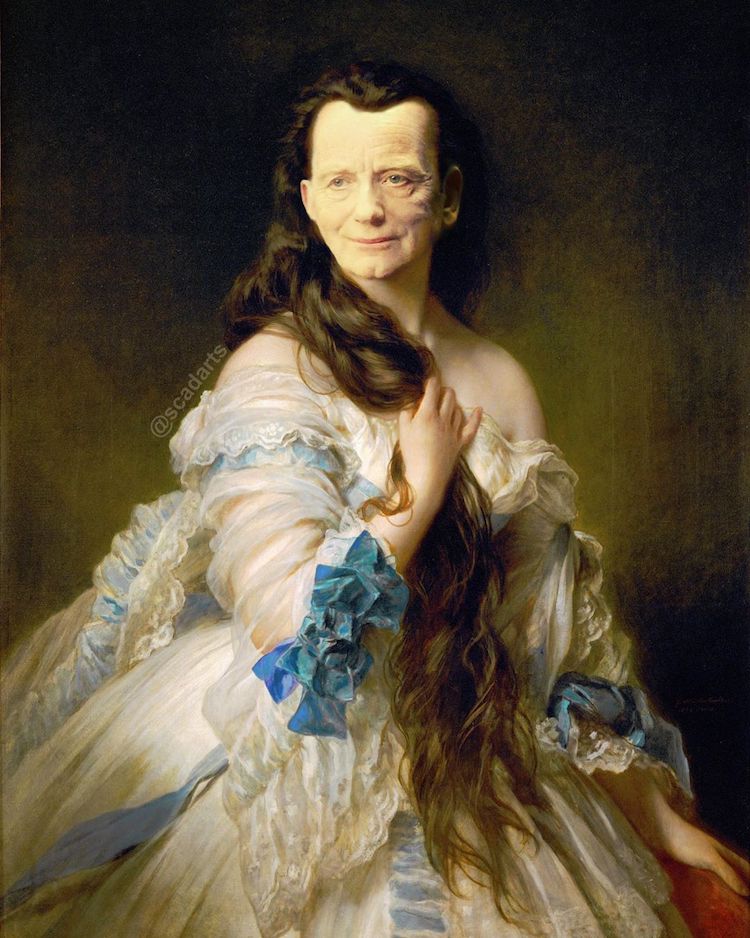 All told, it took her eight days for her to notice the prank, and now they're on permanent display. 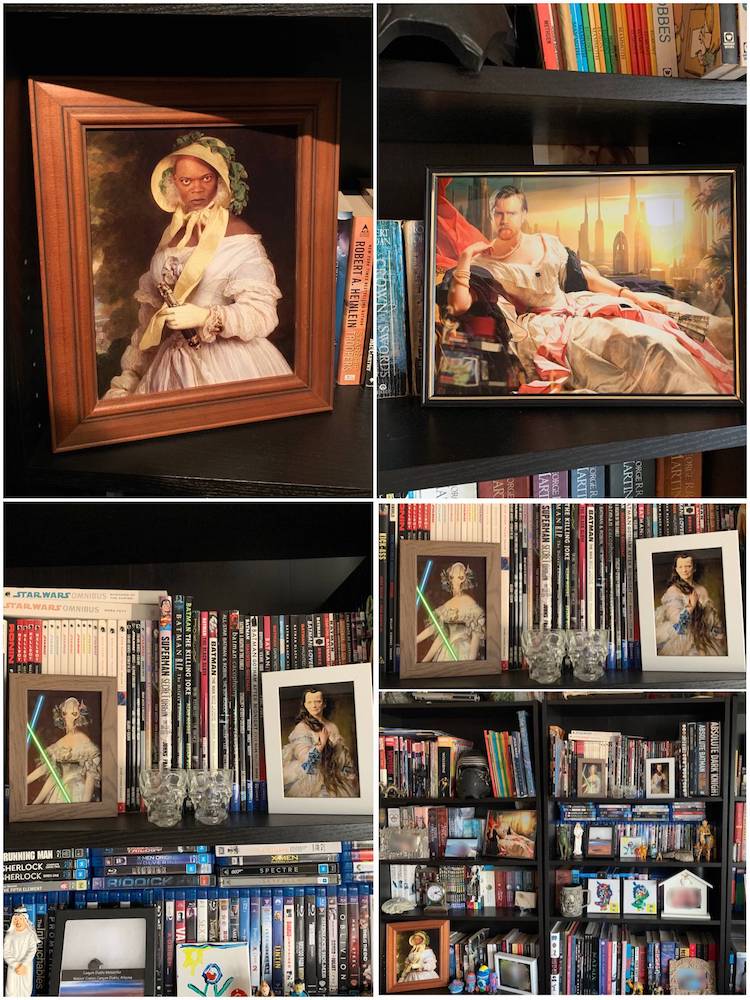 My Modern Met granted permission to feature photos by Scadam. 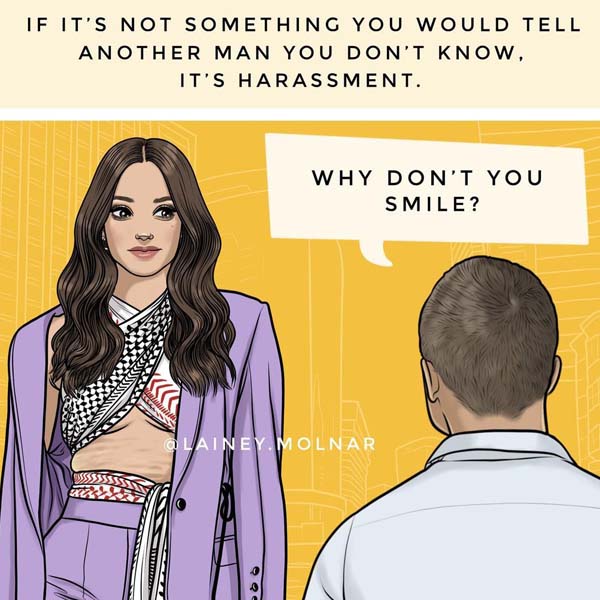