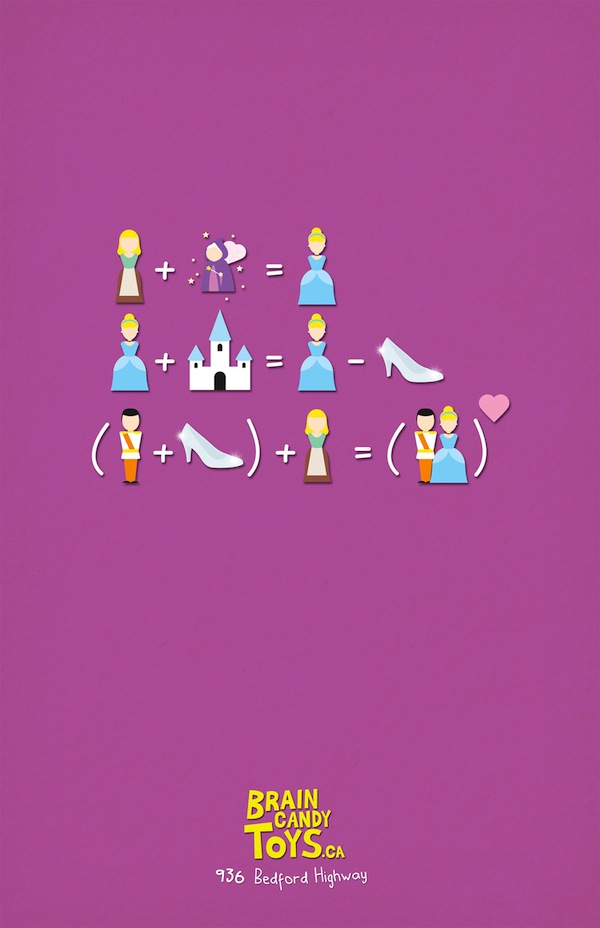 When an independent toy company needs to stand out from the crowd, what do they do? Well, if their name is Brain Candy Toys, they work with an agency to come up with a really clever ad campaign that gets people thinking. The Bedford, Nova Scotia-based store sells educational toys like 3D puzzles, science and math kits, and hand-crafted cars and trains, you know everything you want your kids to play with.

Ad agency Revolve asked themselves this one question when they tried to think up this campaign: “How would Brain Candy Toys tell a fairy tale or a nursery rhyme?” Lucky for us, they figured out the answer.

“The campaign is a demonstration of Brain Candy Toys' mission to keep our kids thinking,” Revolve says. “It takes the classic fairy tales and nursery rhymes we all grew up with, and imagines what they would be like if they were told using math equations instead of words. The result? A campaign that will make you think as much as Brian Candy Toys itself.”Simply brilliant! 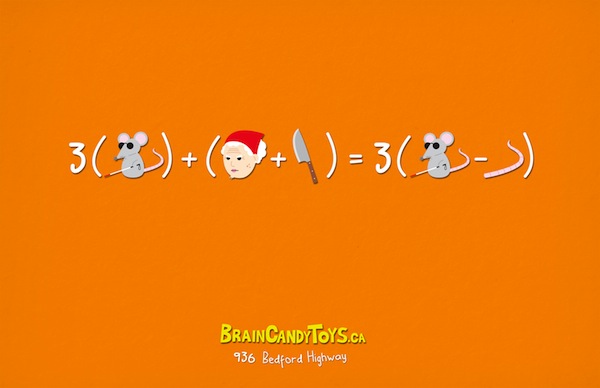 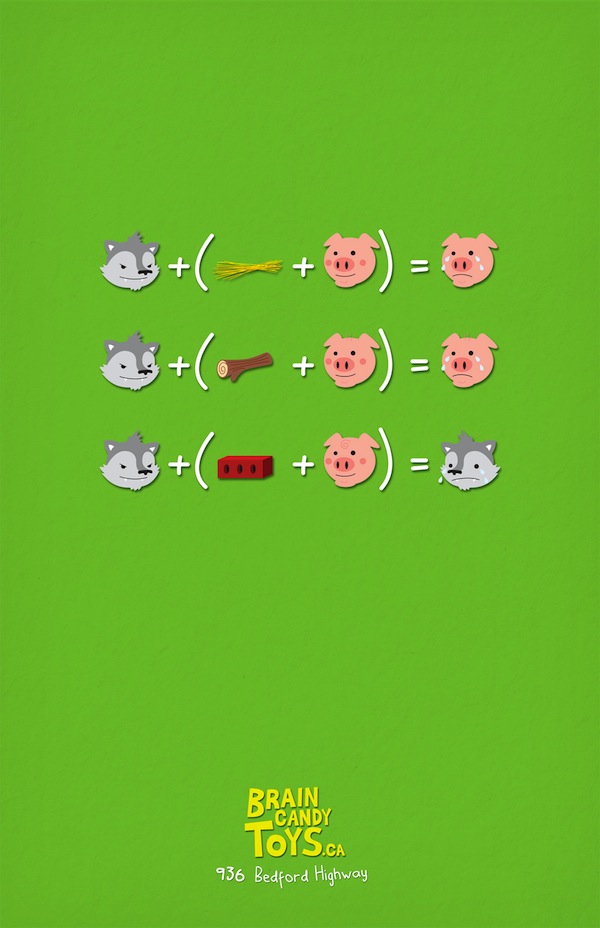 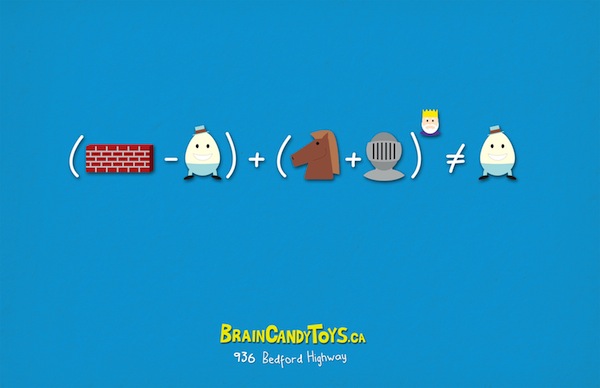 Can you name all the fairy tales and nursery rhymes?