Swallowed by the Sea 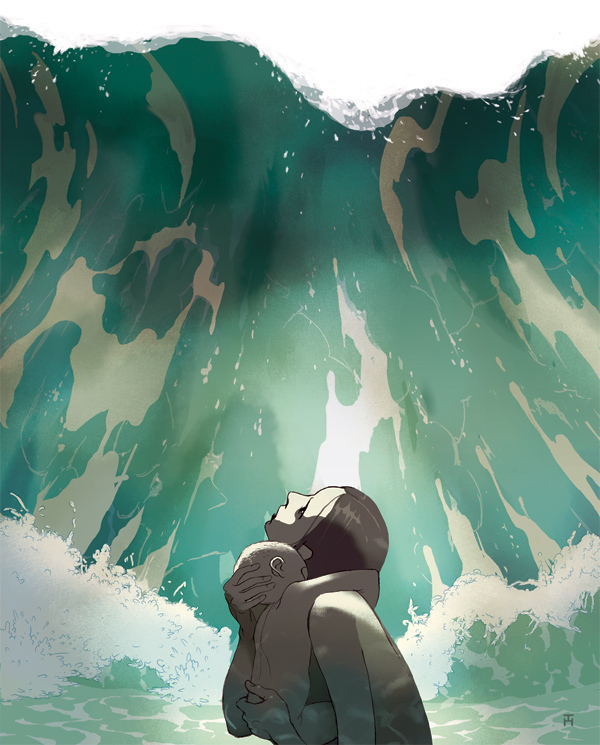 “As Japan reels from the tsunami, archeologists claim to have discovered the lost city of Atlantis, a fabled place built–like much of the world–in the crosshairs of nature.” – Newsweek
Illustrator Tomer Hanuka (who we featured here) recently made this beautifully tragic piece for Newsweek.

“The idea was to keep the focus on the human peril aspect of this primal threat looming above civilization since the dawn of time,” Hanuka says of his illustration. “There is a formal tension I was trying to communicate using the negative space– that white foam on top — eating into the color, the positive space occupied by the mother and child; implying a wiped-out frame after the wave crashes down, where nothing else is left but a sea of white.” 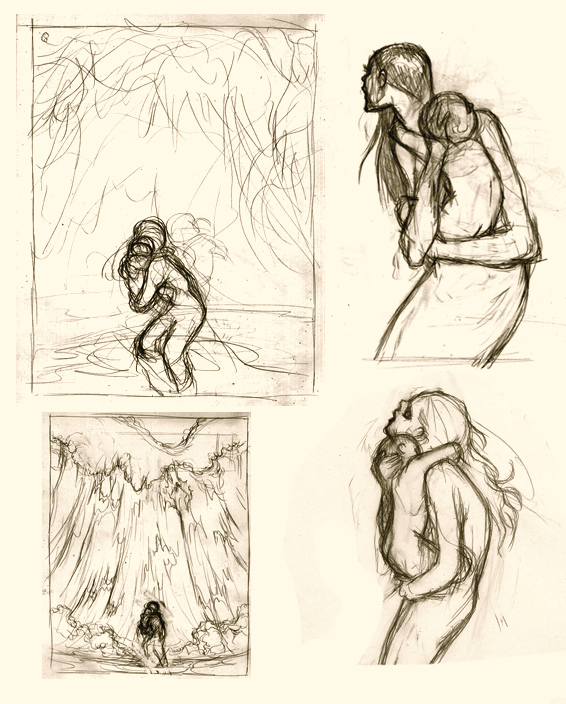