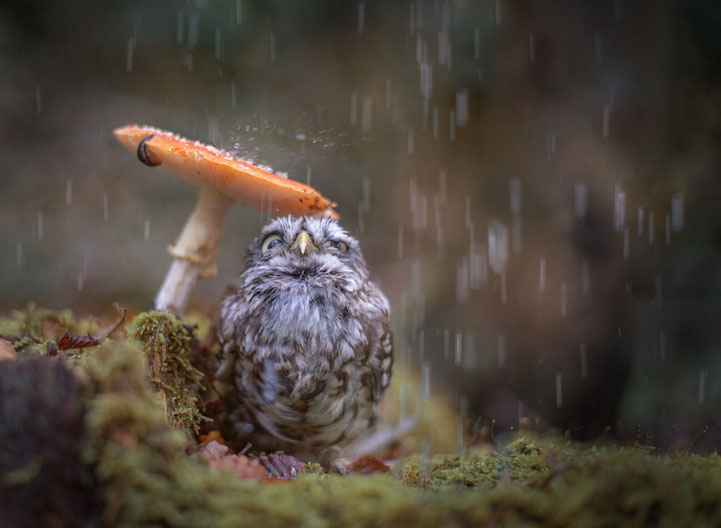 Photographer Tanja Brandt‘s pet owl may not be a fan of rainstorms, but rain or shine he knows how to strike the perfect pose for the camera. During one of the artist's many outdoor adventures, it began to drizzle and her beloved 1.5-year-old owl Poldi took cover underneath an orange mushroom. At that exact moment, Brandt was ready with her camera and captured this adorably candid moment, made especially precious given Poldi's petite size. “I got him when he was five months old. He didn't want to come out [of] his egg and he was very small, the smallest,” the photographer told Bored Panda. “His six sisters were all hatched, and as he was the last to be born, days after the others, he was very small.”

Besides his six sisters, the photogenic bird is accompanied by a Harris Hawk named Phnix, a Weissgesichtseule [white-faced owl] named Gandalf, a snow owl named Uschi, and a dog who loves to snuggle with the Poldi. As a clear animal lover, Brandt says, “I am always outside with my camera and with my animals. So we get to walk together, have fun, go on adventures, have little breaks… We take some pictures and after the animals can play again as we keep going. I know my animals very well and I can see their state of mind. If I go out with just one of my animals, the others get antsy and want to be with us. We have lot of fun together.” Brandt adds, “I love the beauty, power, loyalty, courage and friendship of animals. Many people could learn from them.” 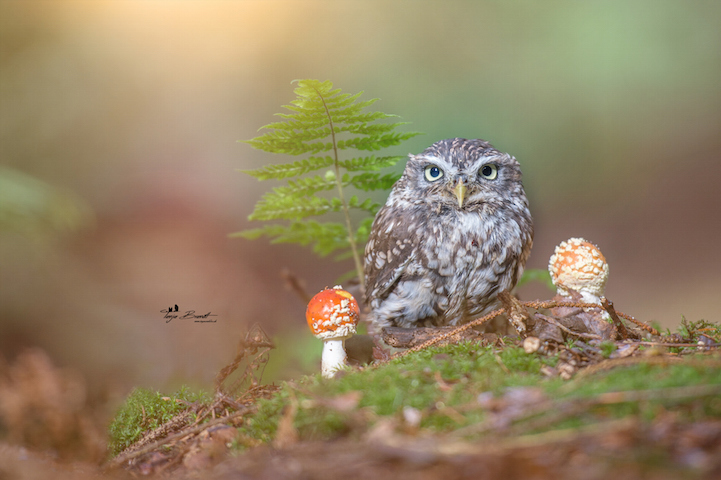 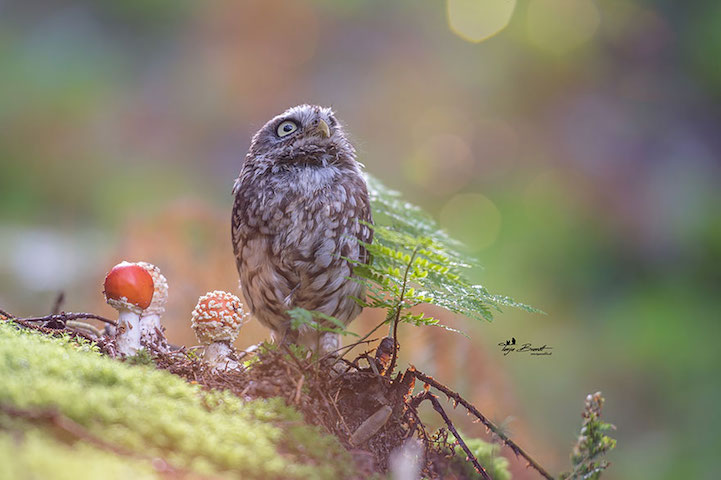 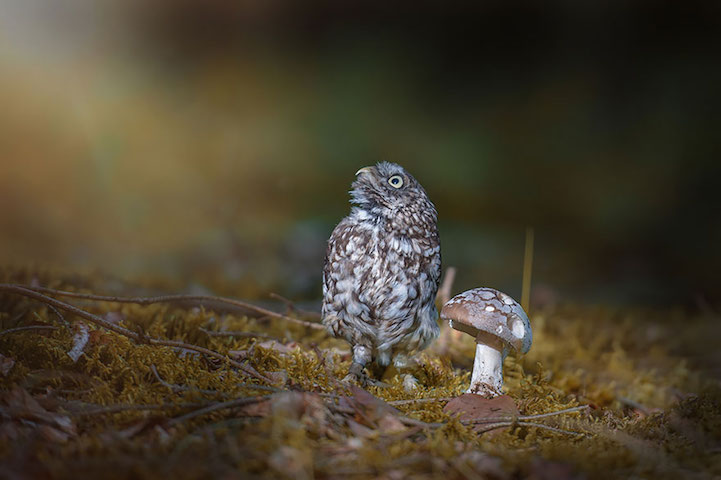 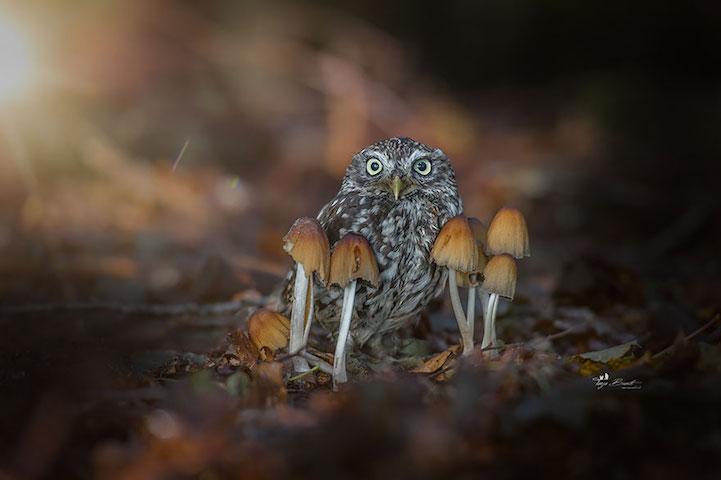 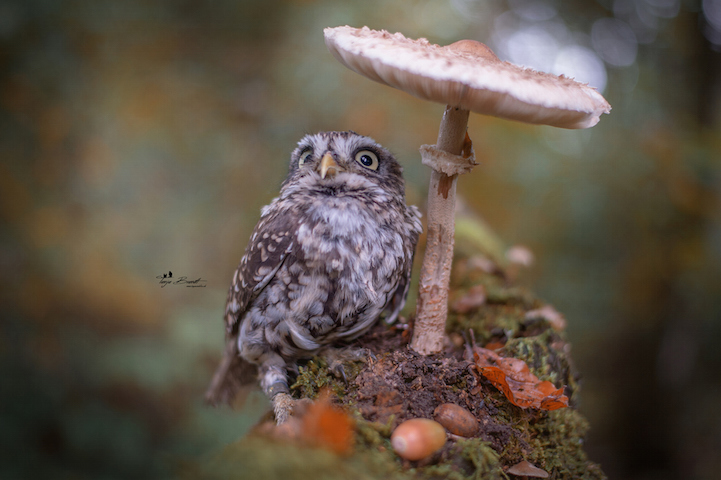 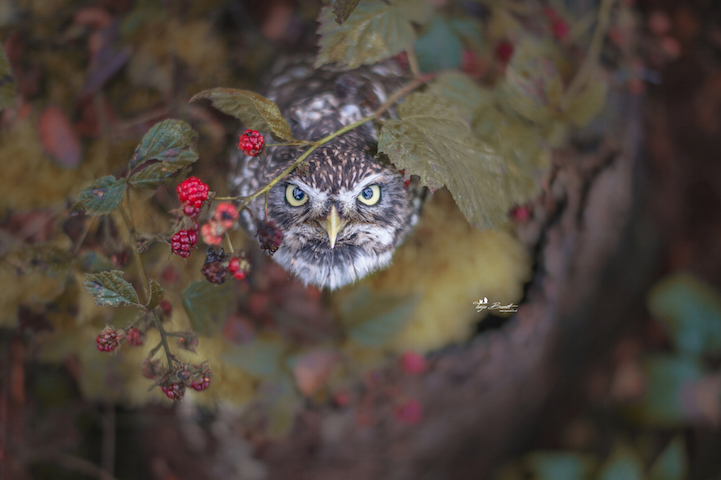 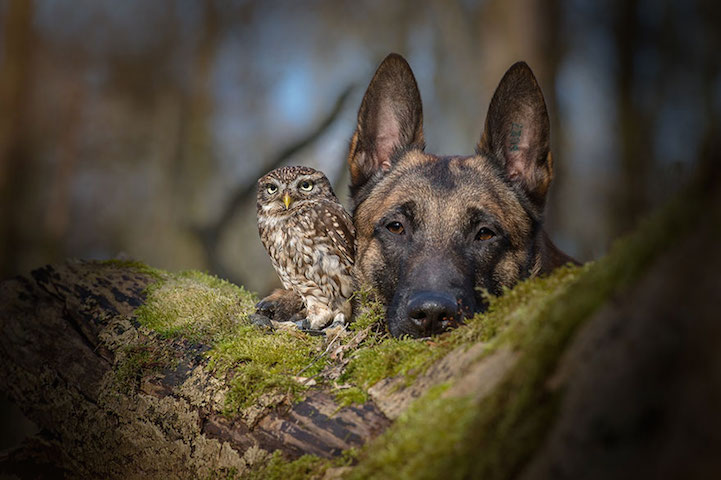 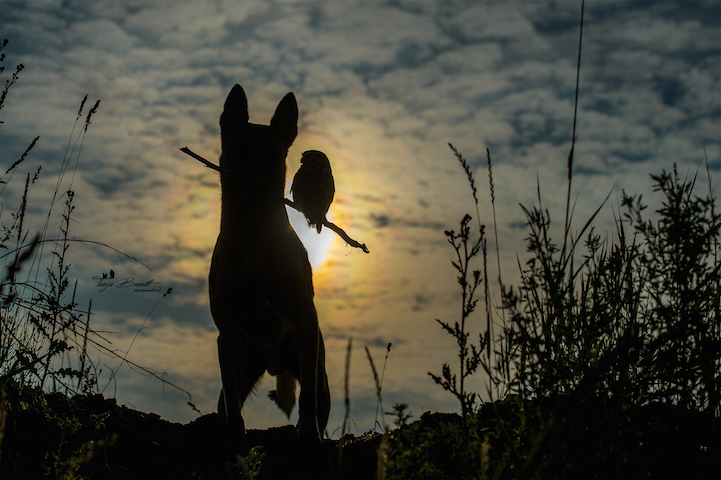