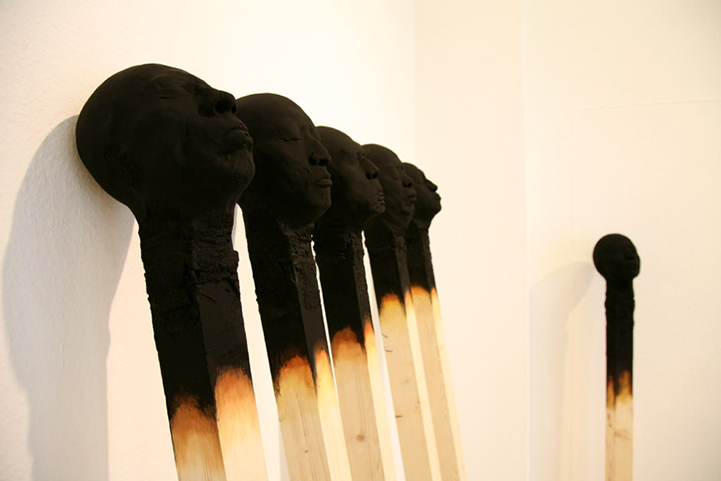 Using thick pieces of lumber as the foundation for this site-specific installation, entitled Matchstick Men, German artist Wolfgang Stiller developed a series of giant matchsticks that feature ghostly, charred faces sculpted into one end. The distinct shapes were formed with head molds that the artist had laying around his studio, and they are meant to look as if they simply emerged in the wood after burning each flammable tip. The series includes a variety of bent, warped, and burnt pieces that evoke a strikingly emotional response. Stiller leaves creative interpretation up to the viewer, but regardless of opinion, the strewn matches have hauntingly unsettling references to death and mortality.

The artist says, “The installation can appear like a battlefield or just like some playground where someone played around with matches and dropped them. All the heads I've used so far are from Chinese people. This sometimes leads to the assumption that this is a criticism of the Chinese government. One can read it that way, but I think this metaphor could be used for any western system as well. The matchboxes could be simply seen as formal elements within the installation, as coffins, or simply as matchboxes. I actually like to keep it open since I don't like art that leaves no space for one's own imagination.” 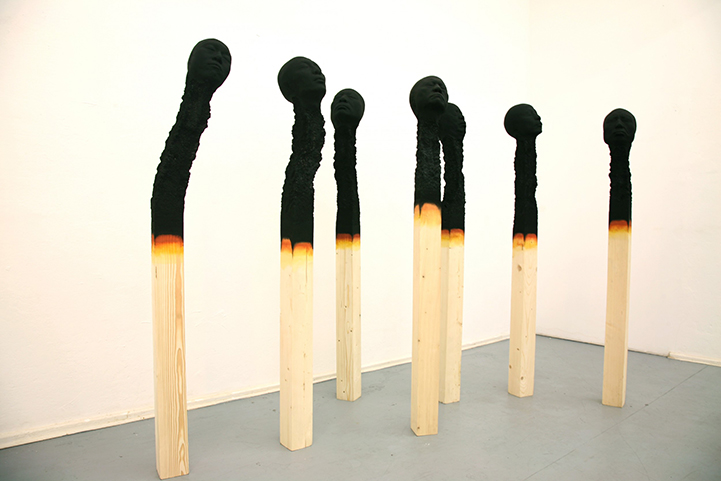 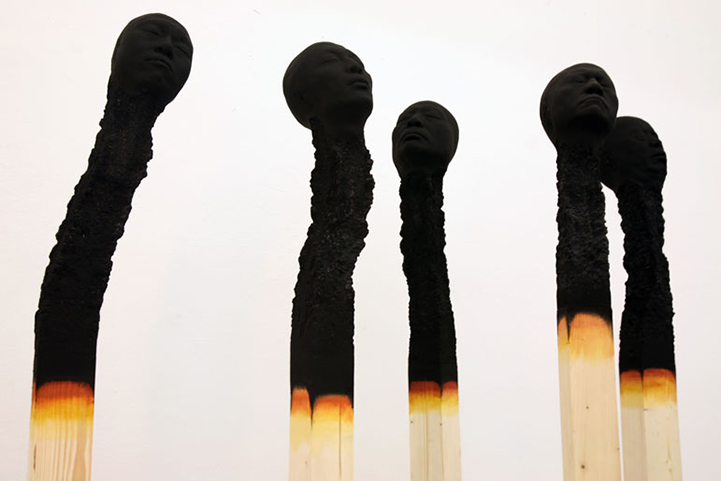 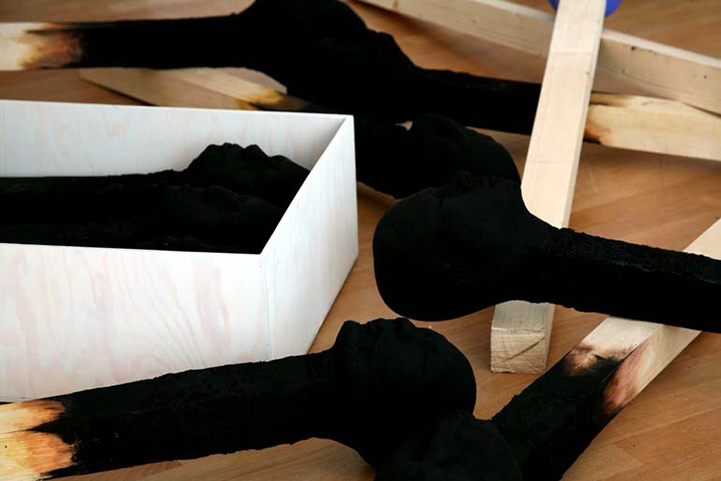 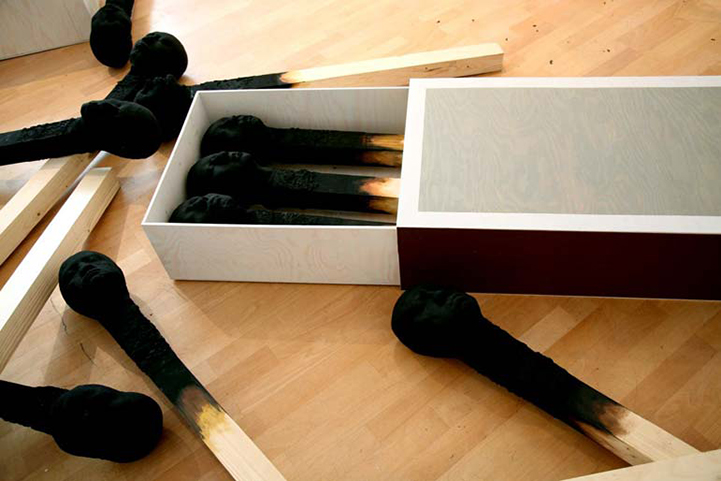 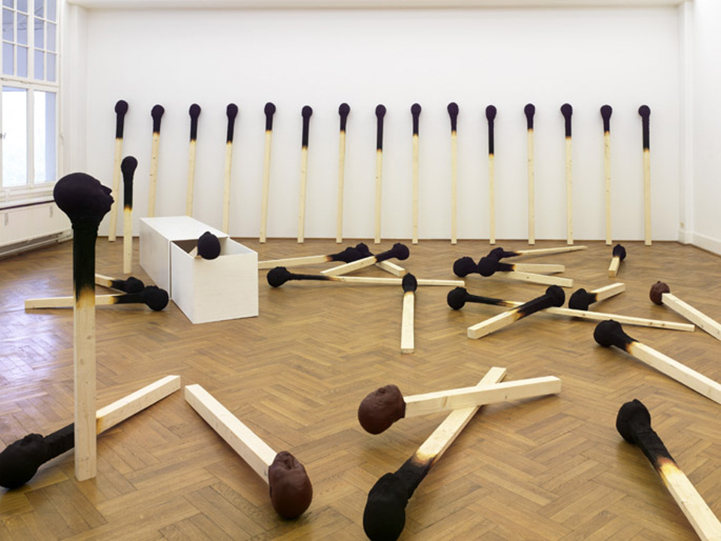 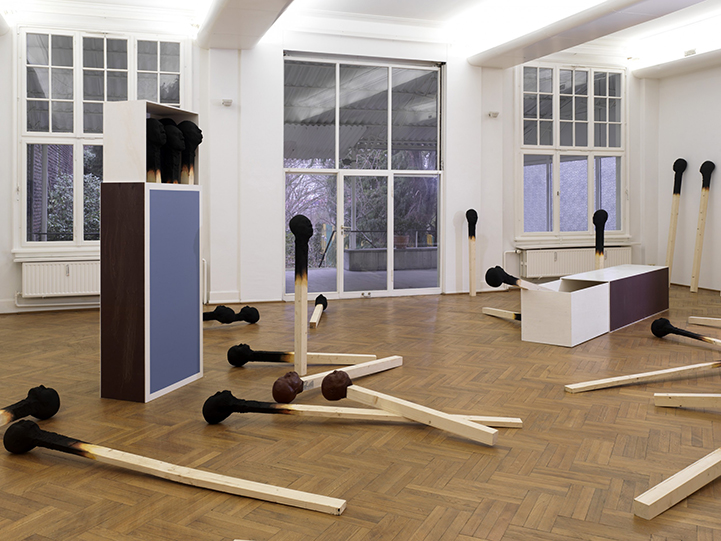 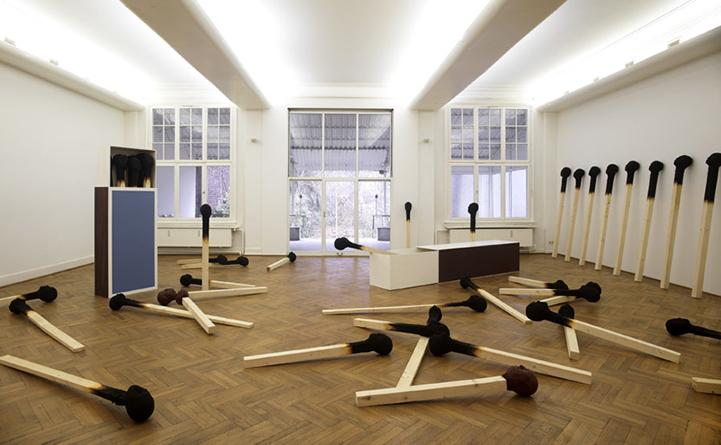