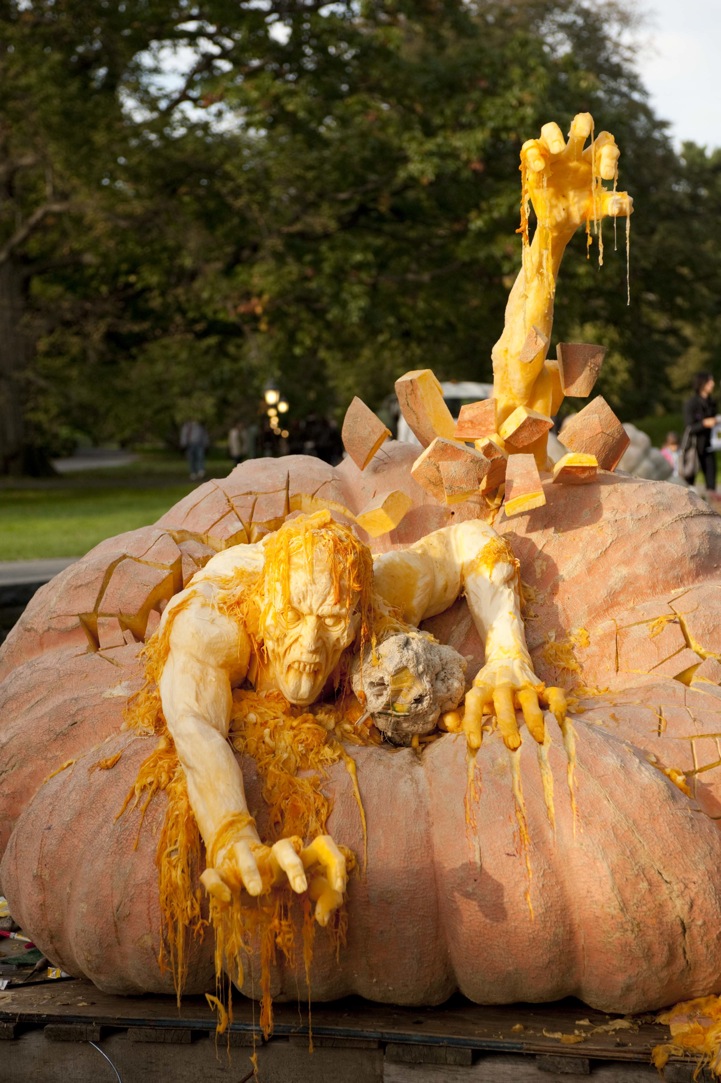 What master sculptor Ray Villafane does with pumpkins is more than just carve a typical holiday jack-o-lantern. We've seen his past pumpkin sculptures before but his latest creation for The New York Botanical Garden is otherworldly. Or should we say… UNDERworldly! (Because he carved out zombies.)

Over the course of two days, Villafane used two giant pumpkins to publicly sculpt this masterpiece. Brant and Eleanor Bordsen's 1,693-pound pumpkin was carved out to bring the zombies to life, while the world's heaviest pumpkin, weighing in at 1,818.5 pounds, provided by Kelsey and Jim Bryson, formed the foundation. The zombie-infested gourd will be on display throughout the Halloween weekend or until October 30, 2011. 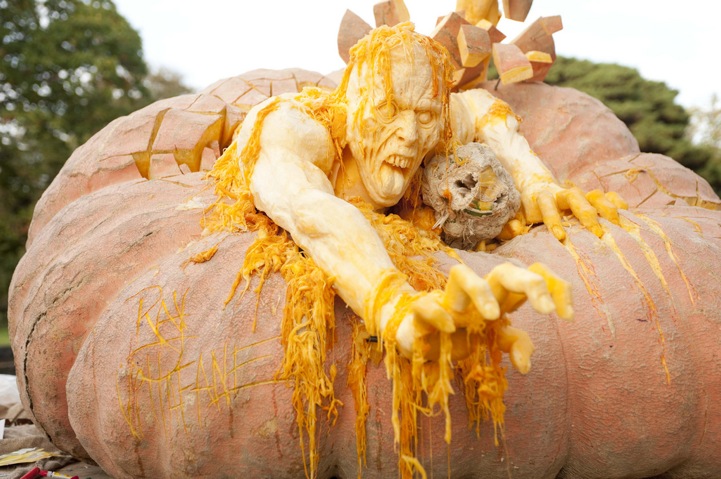 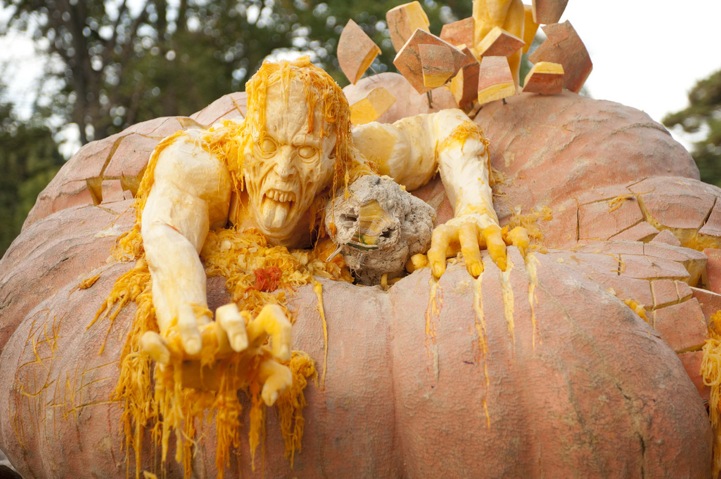 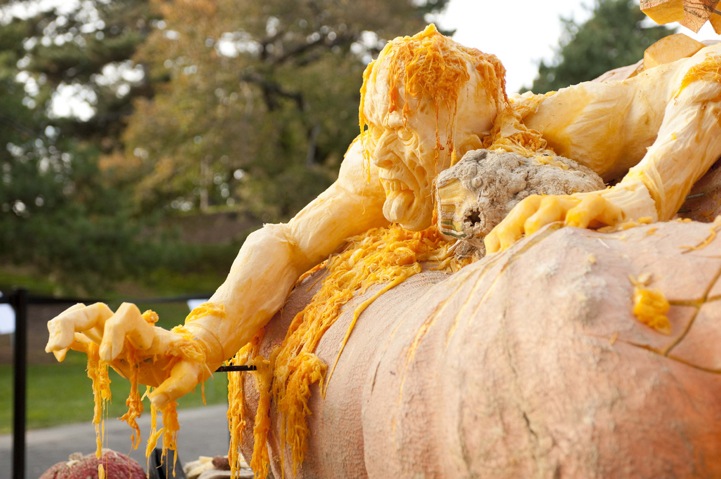 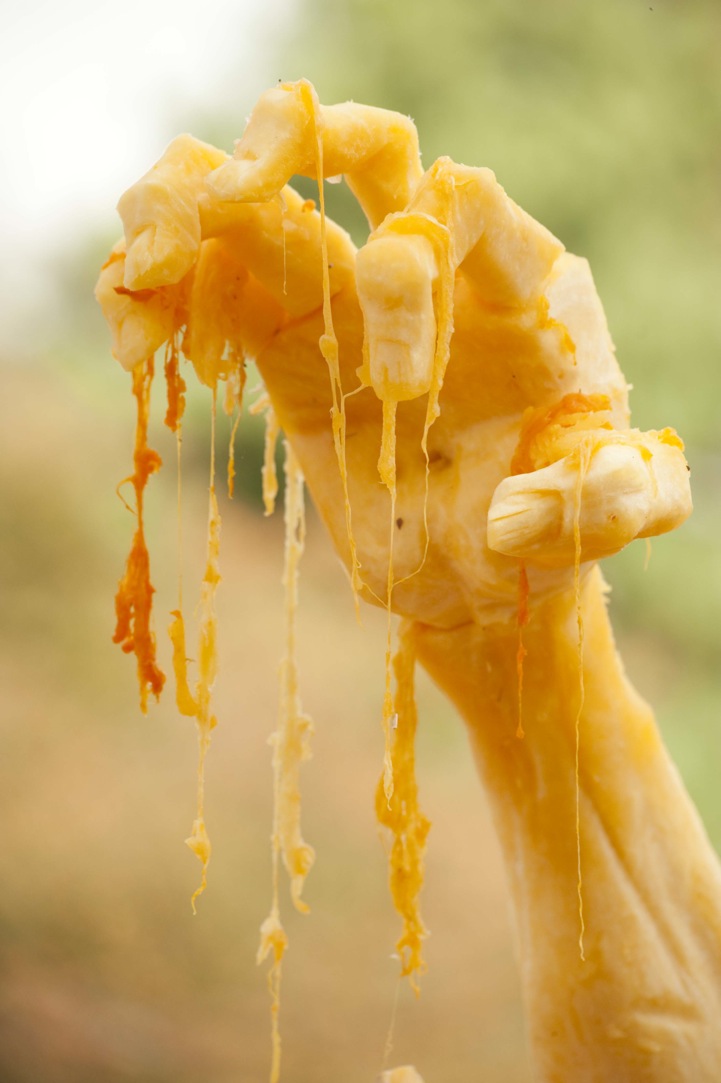 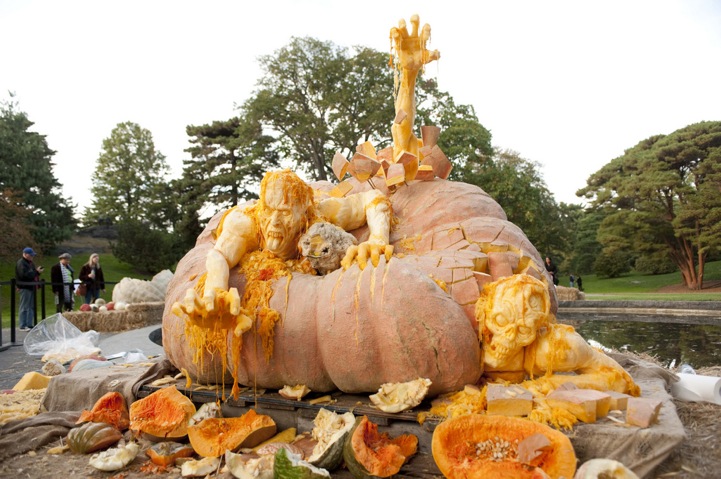 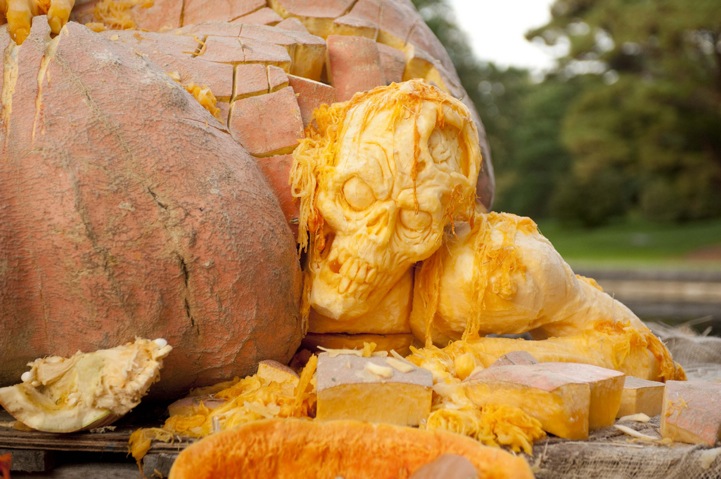 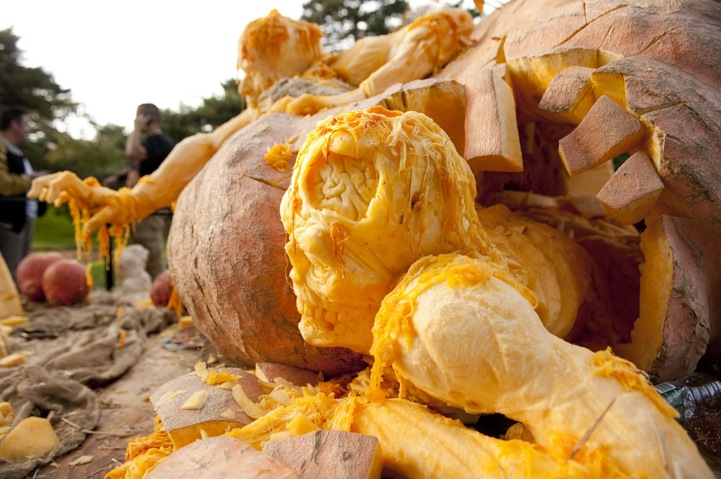 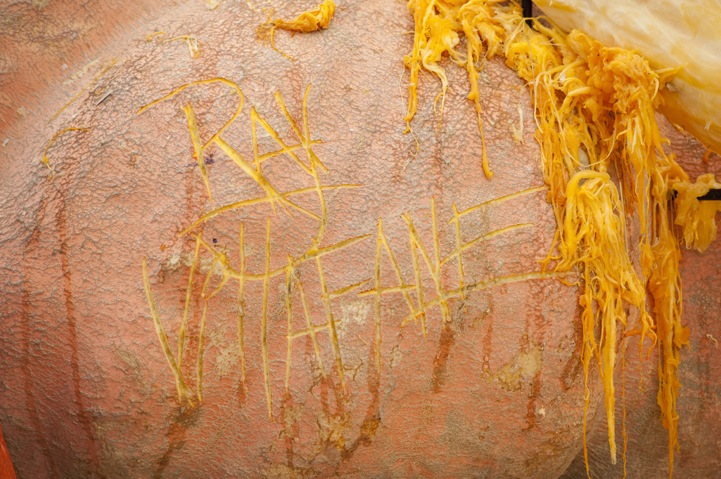 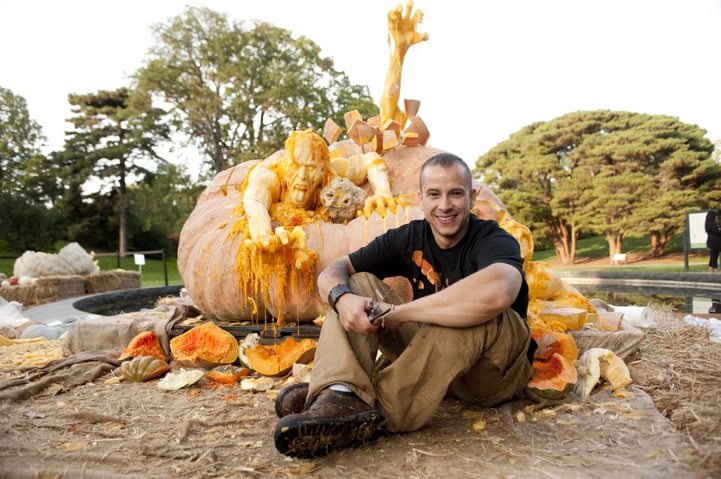