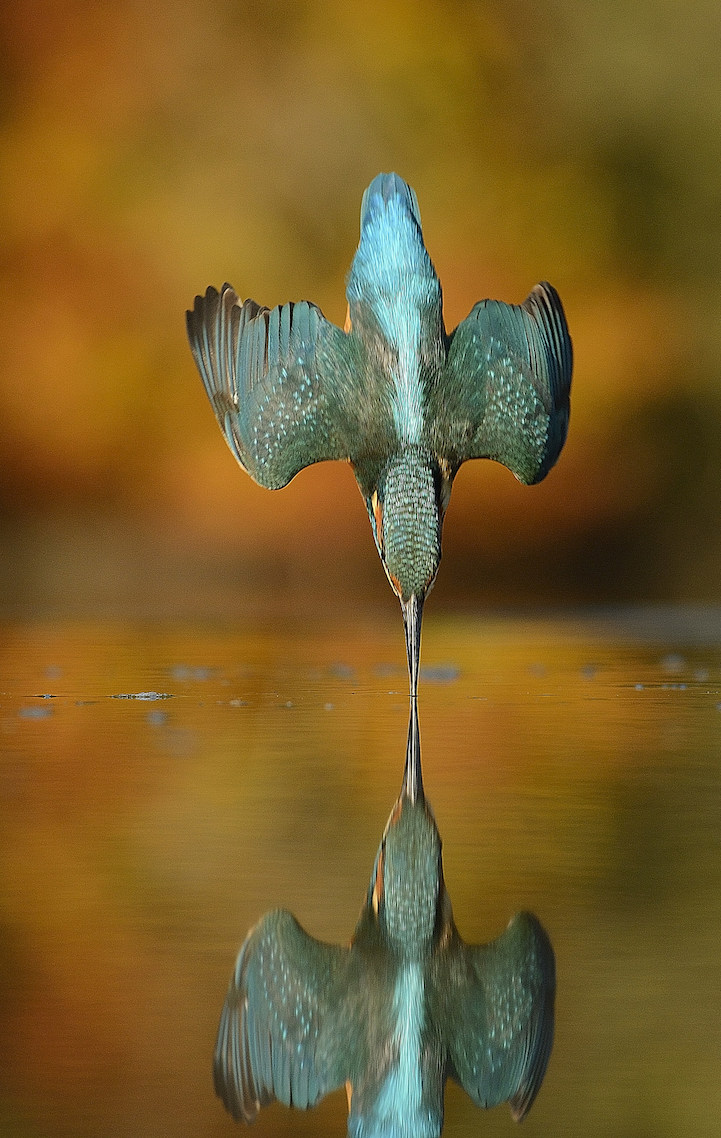 Capturing the “perfect shot” is sometimes years in the making–just ask Scottish photographer Alan McFadyen. He devoted about 4,200 hours and 720,000 exposures in order to photograph a kingfisher making a precisely symmetrical dive into its reflection on a lake.

McFadyen has admired the small, colorful birds ever since he was a boy, when his grandfather would take him to see their nesting spot near Kirkcudbright, Scotland. This is an experience that McFadyen never forgot, and he decided to focus on the locale and the species after he started photographing in 2009. It required him to make some improvements to the site, because the nest would flood with tidal water each year. To mitigate this, the photographer dug a hole in the bank and filled it in with clay, creating a more sustainable environment.

McFadyen then began visiting the lake a few times a week and snapped photos an average of 100 days a year. This extensive schedule was necessary because of the birds' unpredictable behavior. “Kingfishers dive so fast they are like bullets so taking a good photo requires a lot of luck – and a lot of patience,” McFadyen explained to the Daily Mail. In addition, female kingfishers only dive about five times a day, so it's hard to know when the ideal shot might occur.

Last month, after six years of focus on his avian subject, McFadyen was finally in the right place at the right time. A kingfisher made a graceful dive and he snapped the photo just as its beak pricked the surface of the water. The result is a stunning wildlife image, and one that was well-worth the wait. McFadyen says, “I never really stopped to think about how long it was taking along the way as I enjoyed doing it but now I look back on it I'm really proud of the picture and the work I put in.” 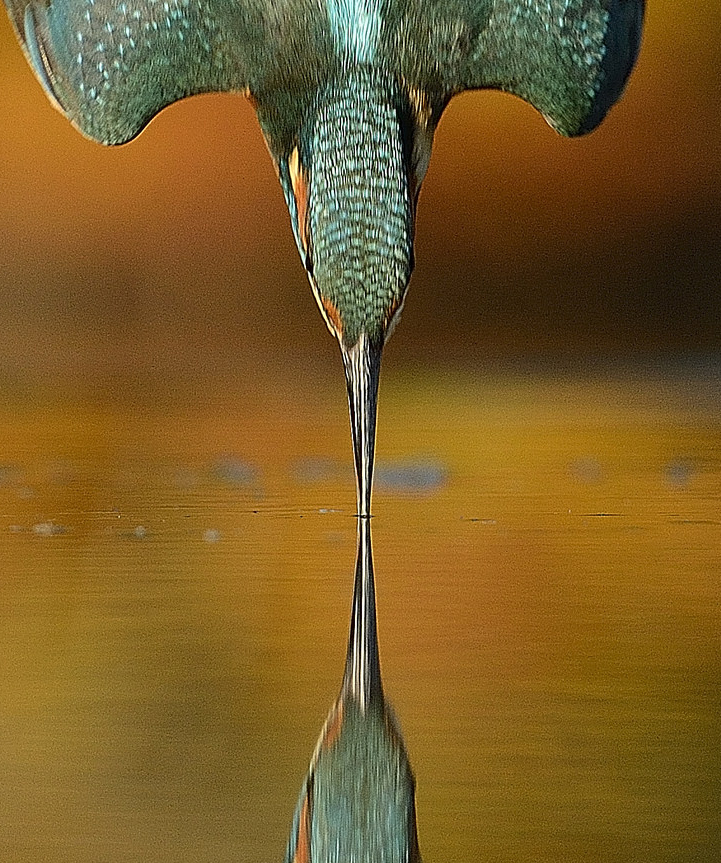 Over the years he spent waiting, Mcfadyen captured many other beautiful shots of the Kingfisher in motion: 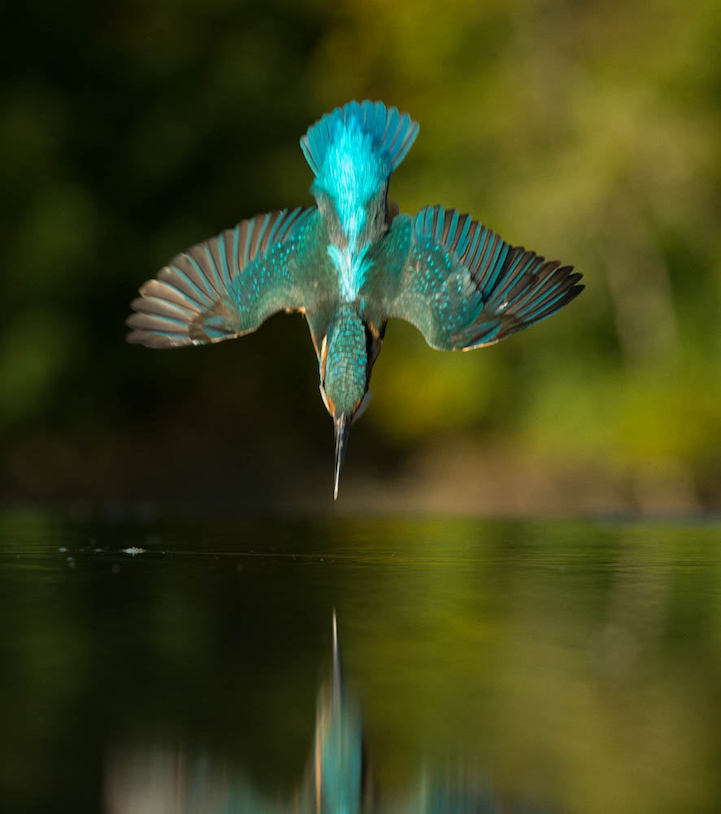 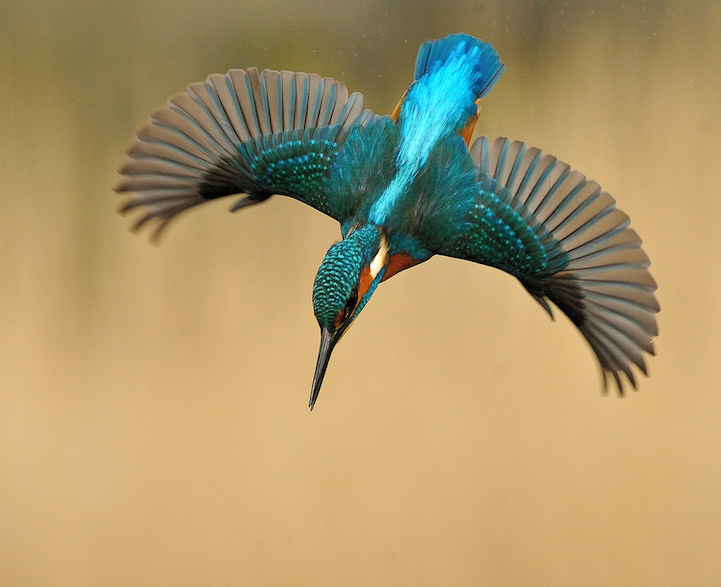 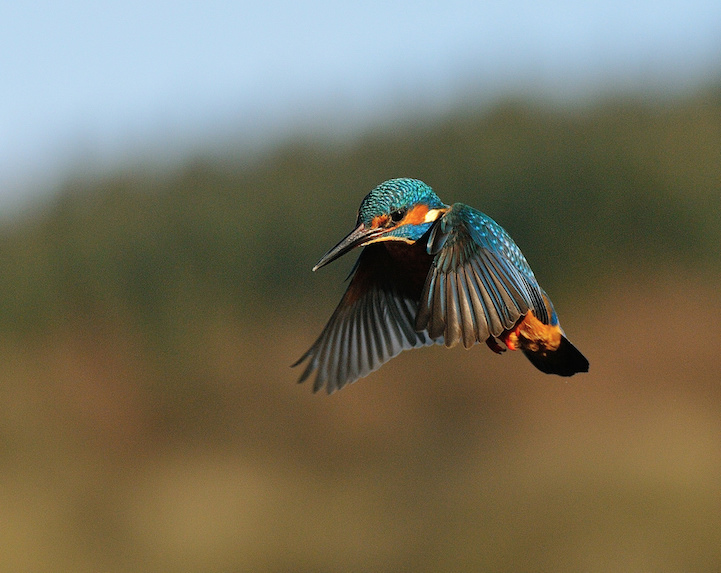 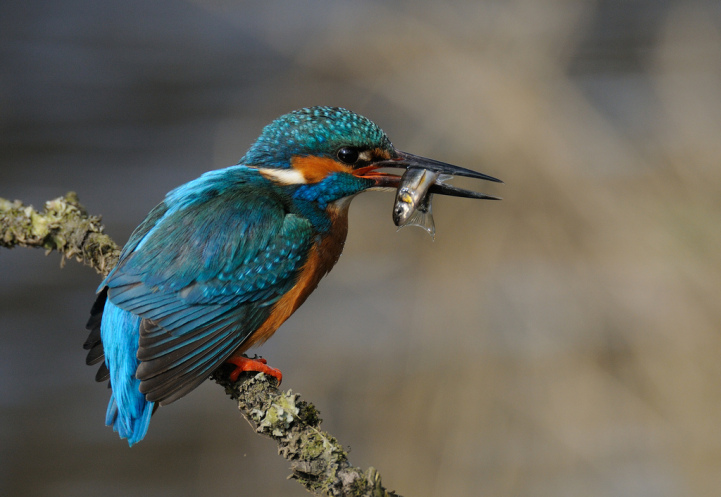 My Modern Met granted permission to use photos by Alan McFadyen.