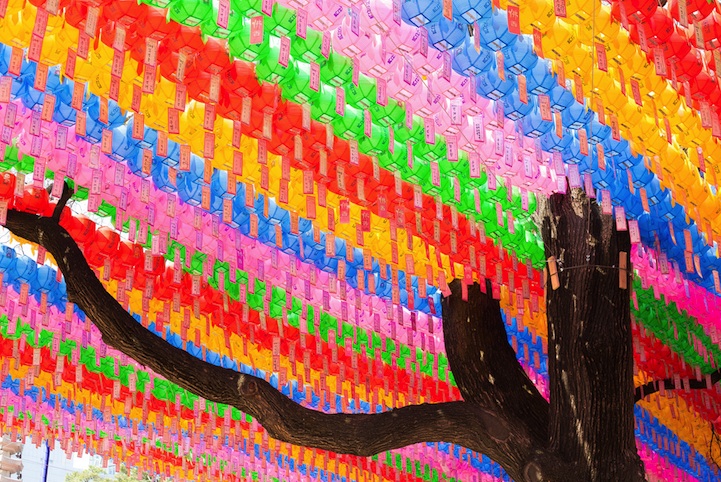 To celebrate Buddha's birthday, Seoul, South Korea pulls out all the stops. Traditionally celebrated on the full moon of May, or May 17 this year, Buddha's birthday is an important day in many Asian countries including India and Japan. The day is even considered an official holiday in places like Hong Kong, Macua and South Korea.

A hallmark of South Korea's celebration are these beautiful lanterns that show up virtually everywhere – in a grand parade, hanging like canopies around temples and even dotted throughout Seoul's streets. According to Buddhist belief, lanterns symbolize wisdom as they bring light to the world. You can read much more about this colorful time of year on the Korea Tourism Organization's page and see more photos at Daily Mail.

Below are some photos Flickr photographers have taken at and around Jogyesa Temple, one of the festival's central locations. Notice how hundreds, if not thousands, of lanterns are lined up to look like a grand canopy, providing shade for those that happen to pass by. Doesn't it remind you of Portugal's breathtaking umbrella installation? (Not to be outdone, South Korea has their own umbrella version, too.) 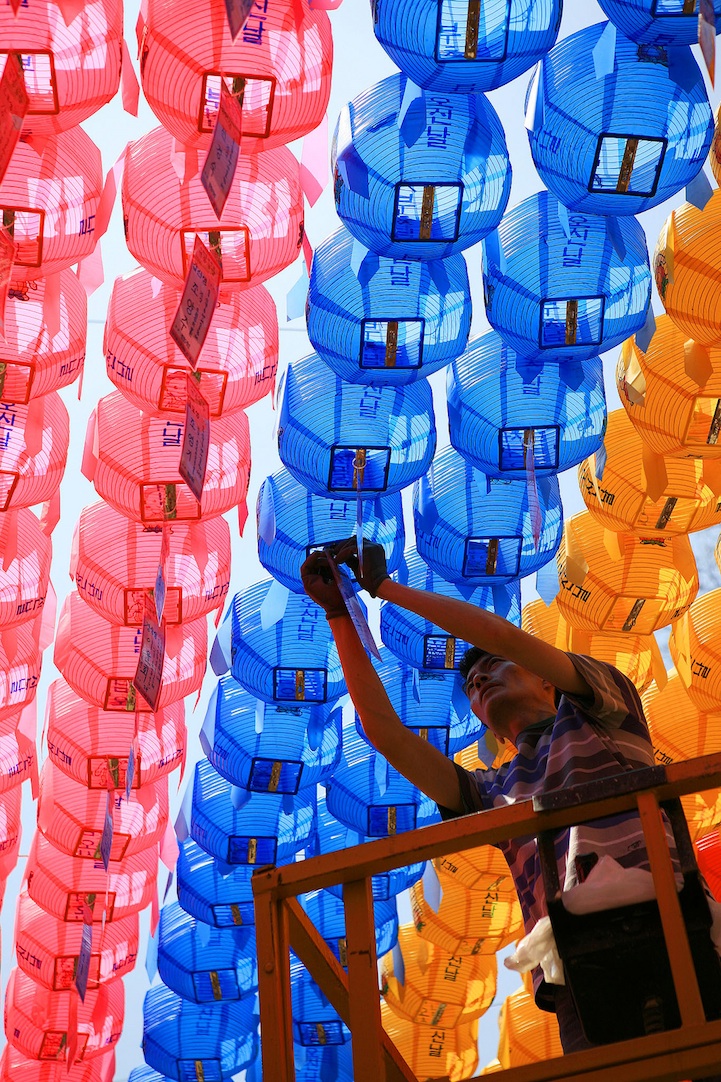 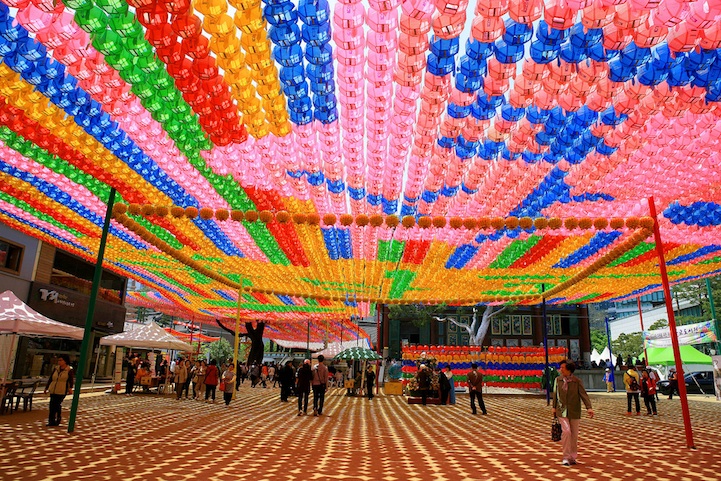 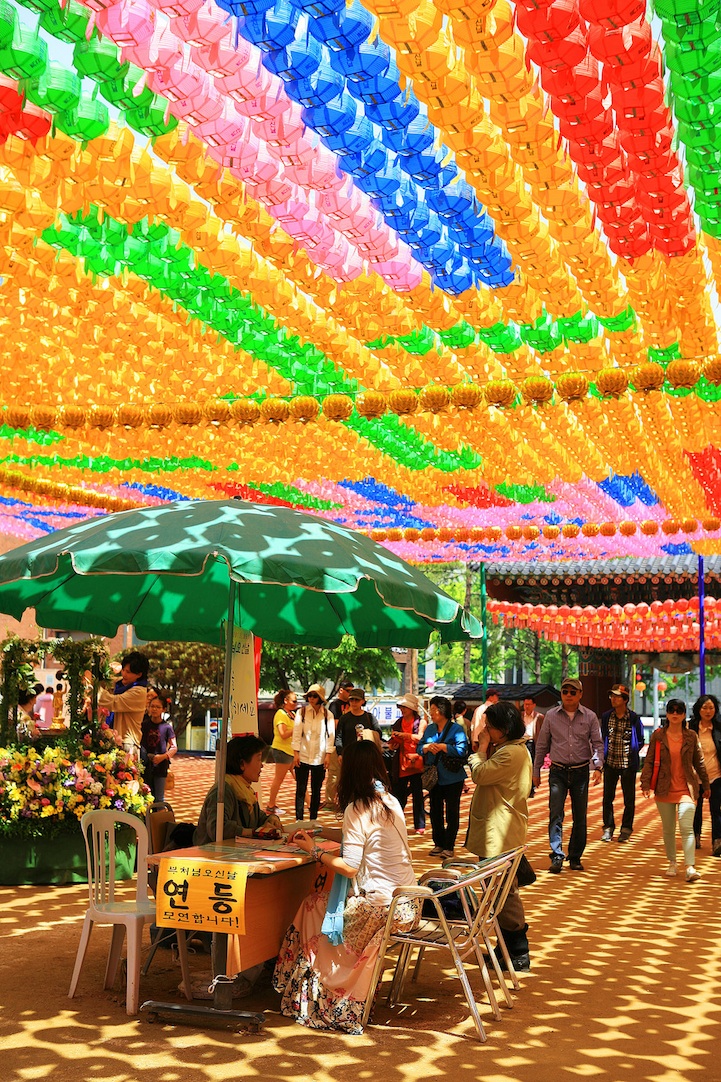 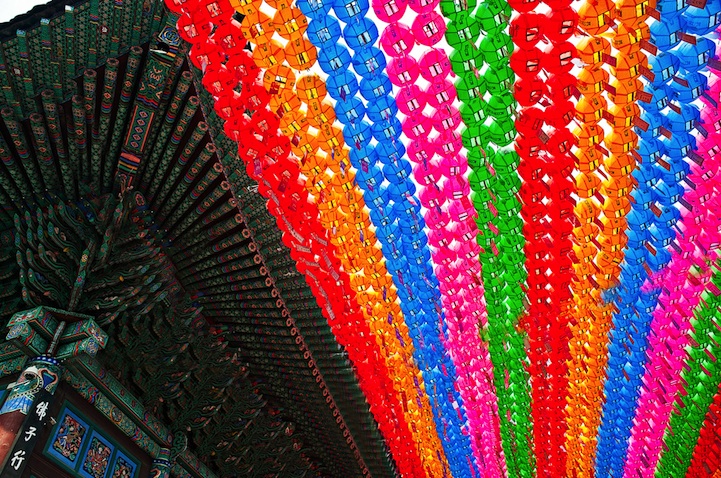 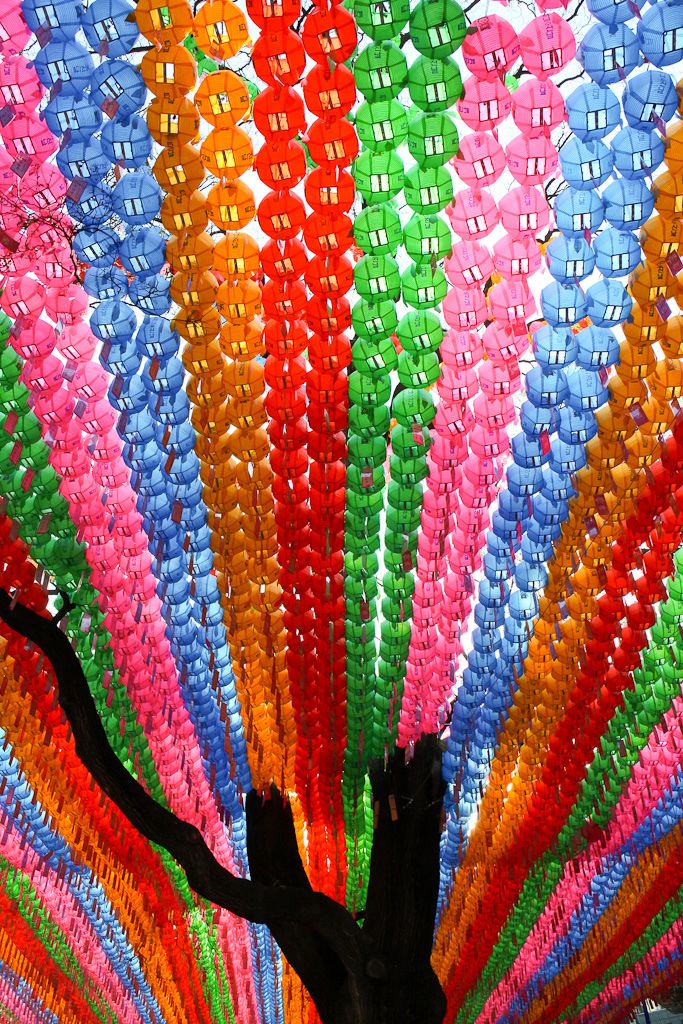