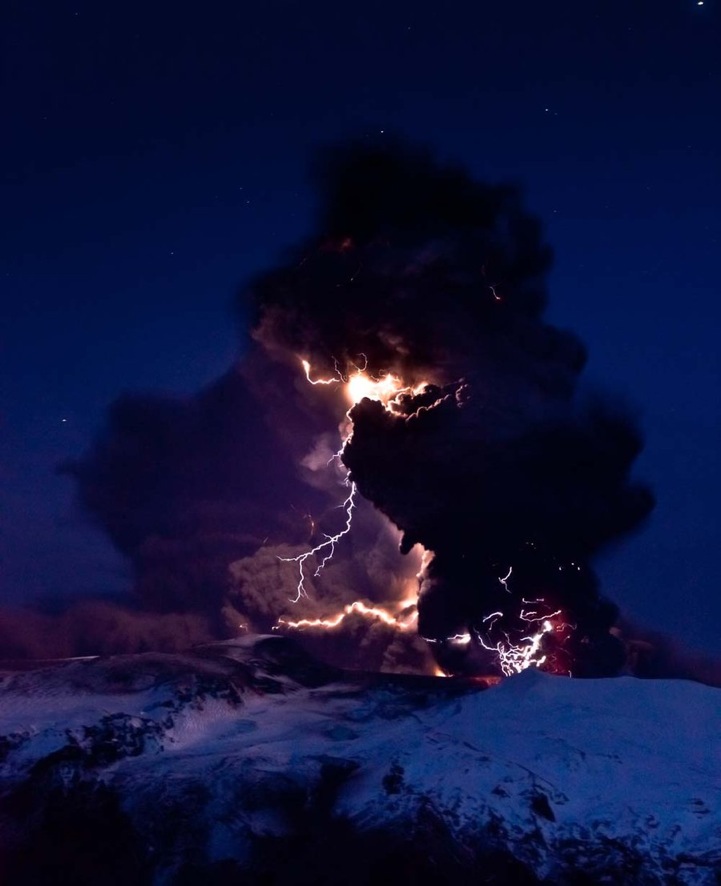 Back in 2010, we all heard about the volcanic eruptions of Mt. Eyjafjallajkull in Iceland whose ashy discharge caused flight delays and ultimate cancellations. Over two years later, we're now revisiting the site of the volcanic activity through the extraordinary photographic captures of Reykjavik-based motion designer Dav Jn gmundsson, who was at the scene with camera in tow to document the unbelievably breathtaking event within its first few days of activity.

The photographer's series of images, simply labeled as Volcanic, puts Mt. Eyjafjallajkull's volcanic eruptions into perspective. It's remarkable to think that these sparklingly energetic emissions are all naturally created. The lively electrical currents mixed in with the wafting smog gives a sense of unearthly magic at hand. At any given moment, I'm expecting to see a dark and mystical magician emerge or perhaps a genie of sorts to grant me a wish atop this glacial mountain illuminated against the night sky. The whole series is very scenic and easily envelops you into its otherworldly atmosphere. 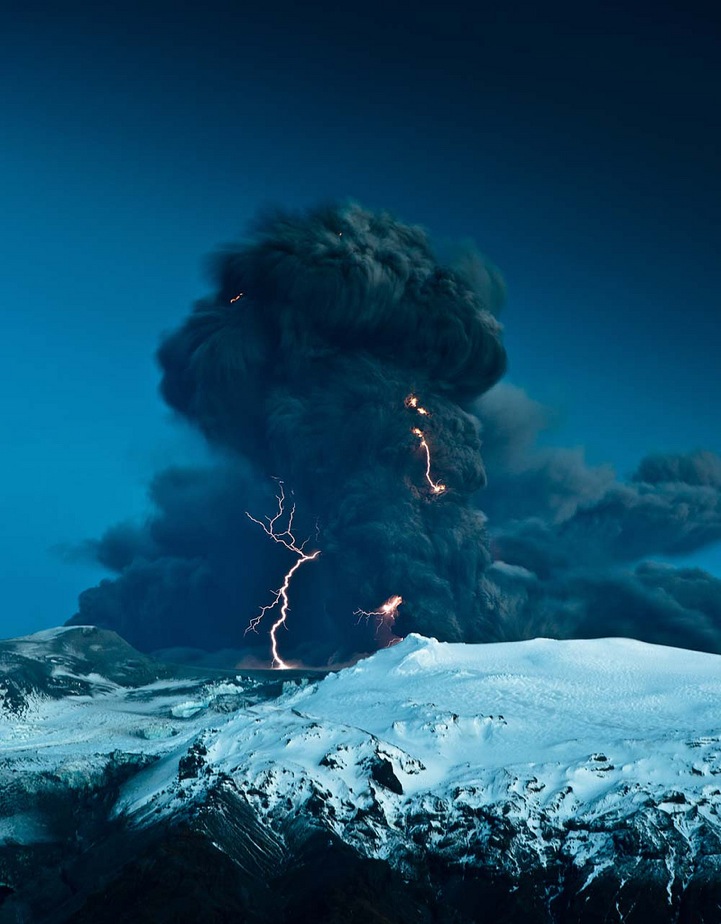 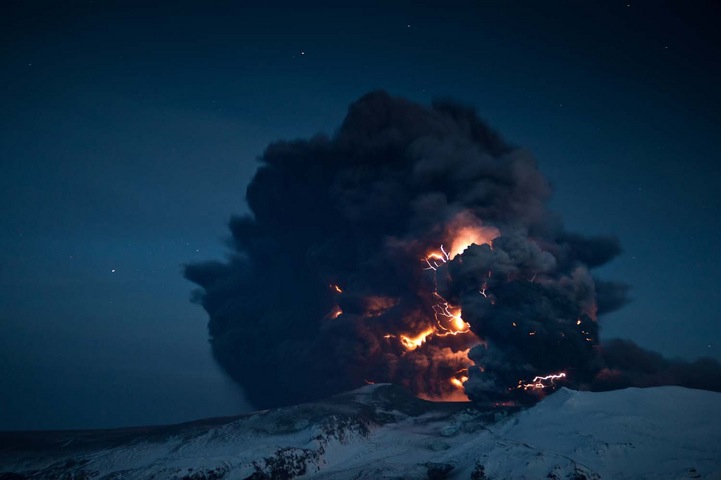 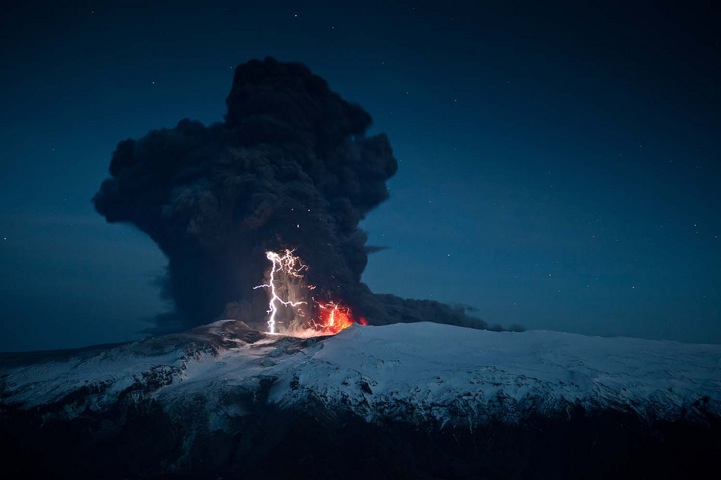 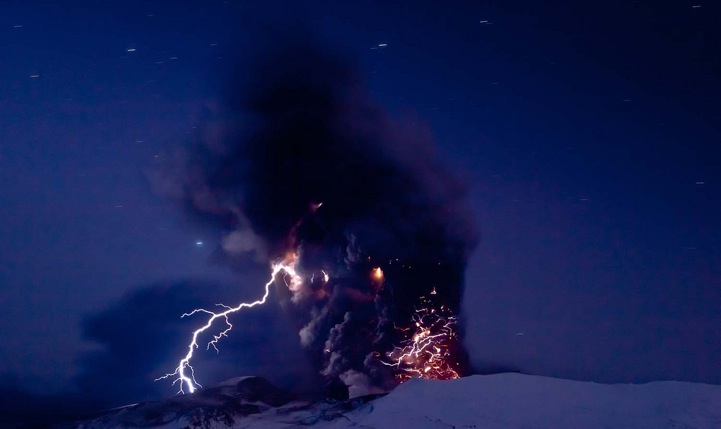 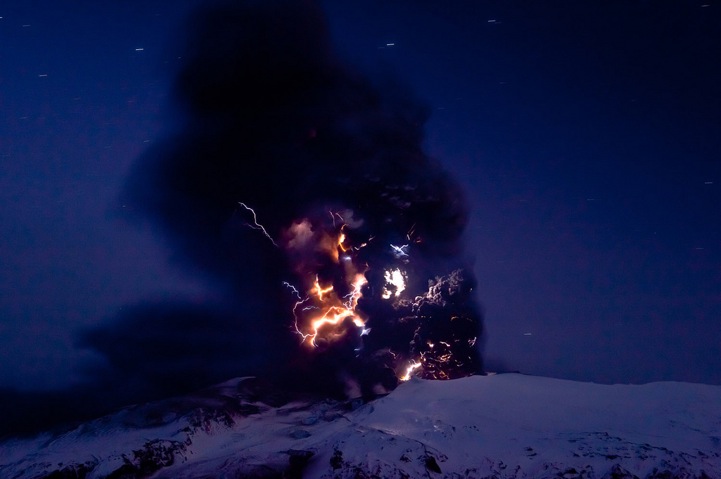