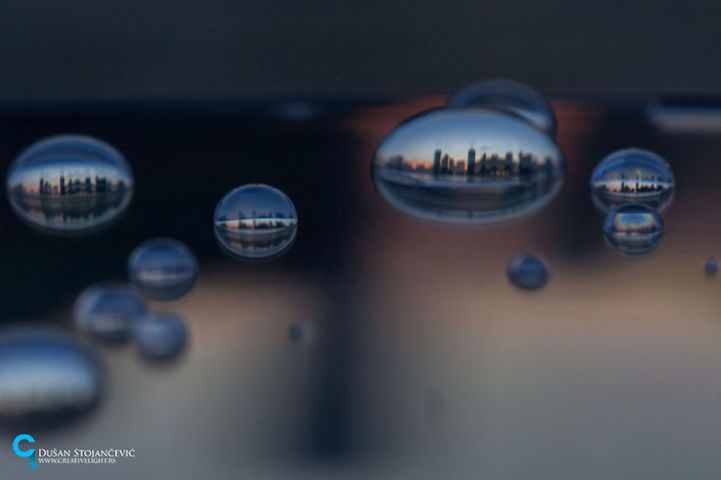 Photographer Dusan Stojancevic depicts metropolises contained within tiny droplets of rainwater. For the past 15 years, he has revealed minuscule cityscapes that hide in the beads of liquid. Towering buildings, expansive bridges, and glittering lights are reflected in the tiny dots sitting on metallic surfaces. They’re visually divorced from the actual piece of architecture they’re echoing and instead offer a surreal look into seemingly alien worlds.

Stojancevic’s photographs are of places across the globe, with an emphasis on New York City. His trip to the Big Apple represents the current peak of his project, but it first began with just a photo from his window in Serbia. After discovering its magic, he honed his craft. “I kept this technique and photos away from public,” he writes, “as I wanted to show it to the world first. And what a better way to do it with the greatest city in the world, New York!”

Most of the raindrop photos are digital images, although some are shot on film. Regardless of the media, however, each is captured using a macro technique and completed without the manipulation of Photoshop. “That is why it has flaws in sharpness and a lot of blur,” Stojancevic points out, “but that is something that gives some kind of artistic touch to it.” 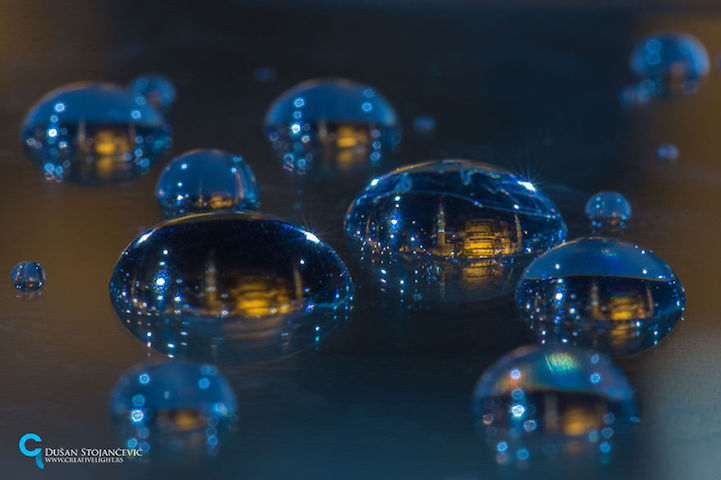 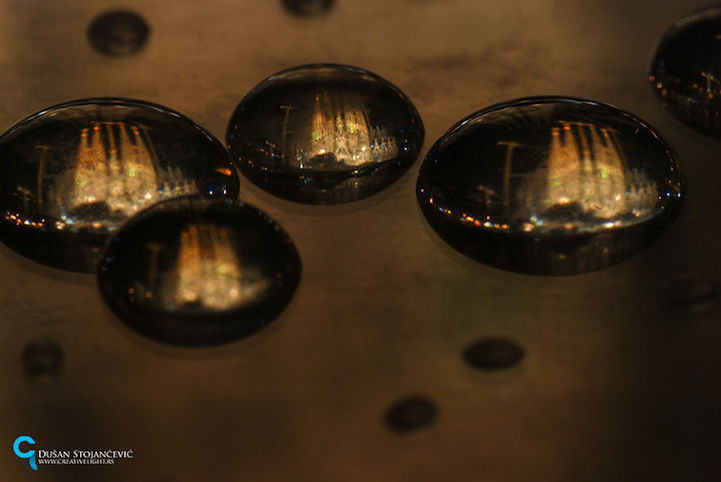 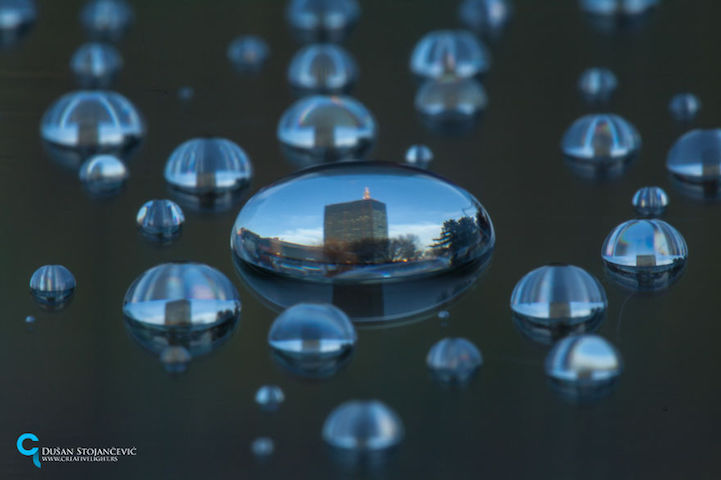 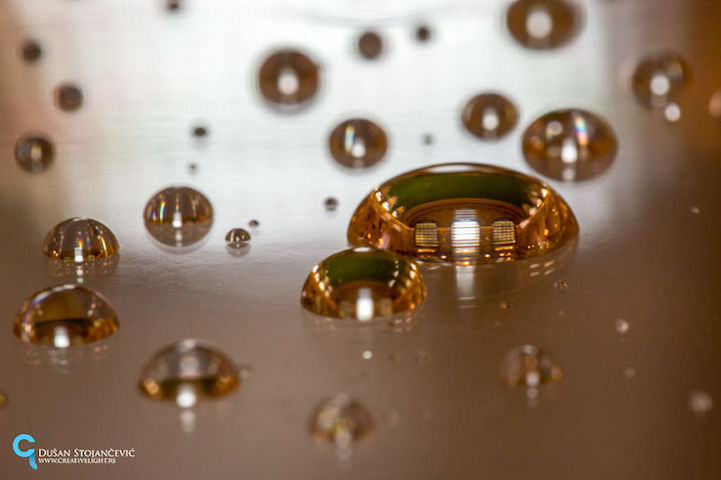 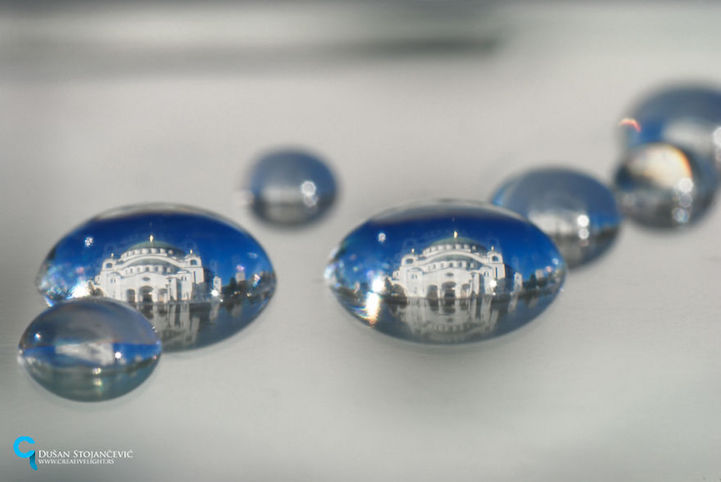 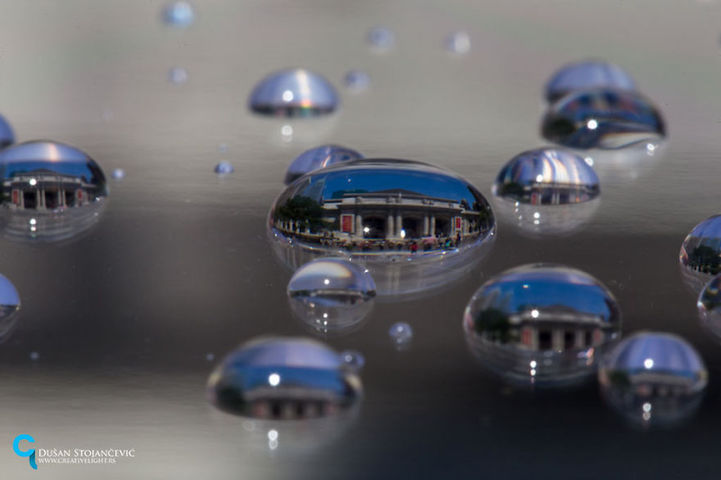 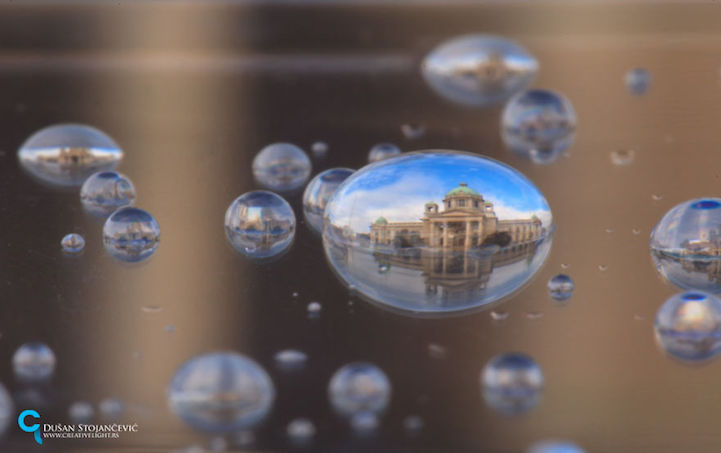 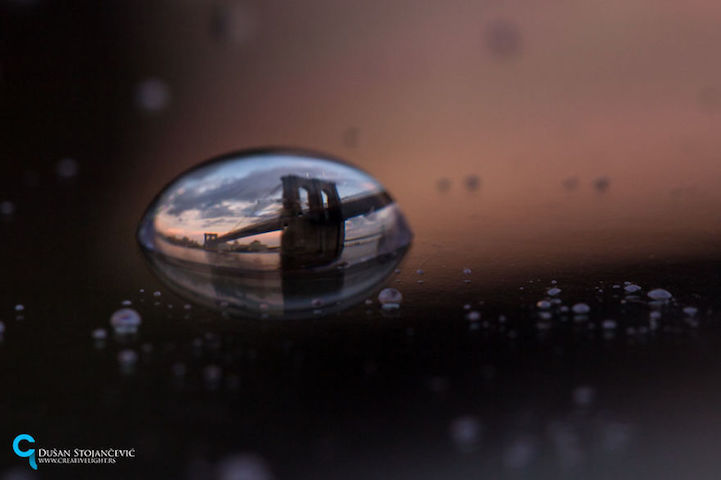 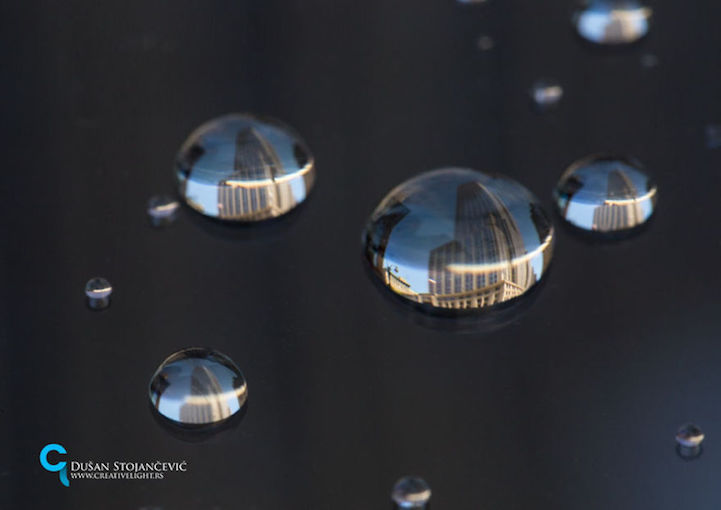 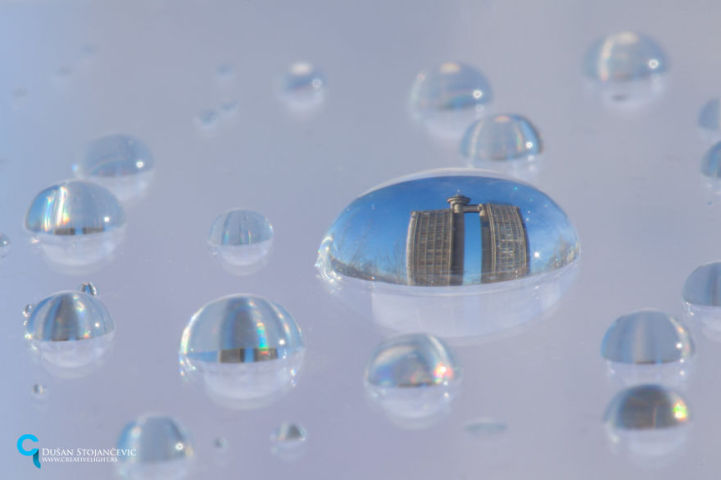 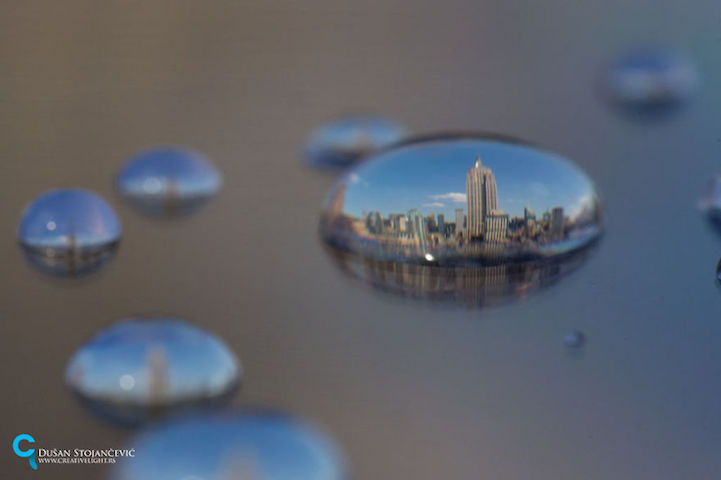