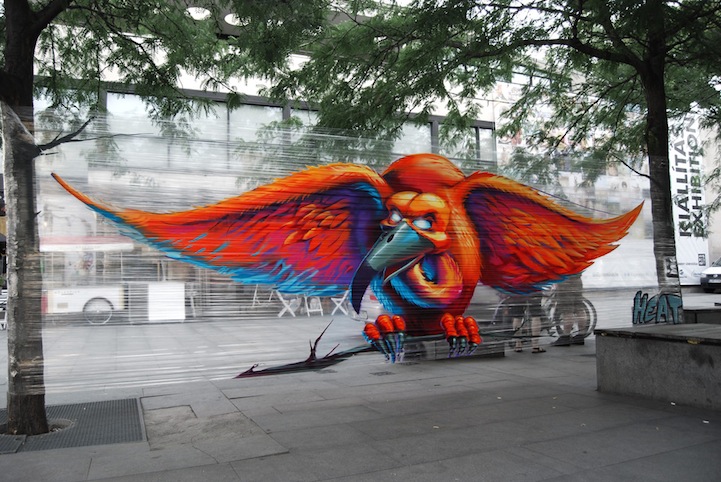 I must admit, I've never seen this kind of street art before, but I instantly fell in love with it. Based out of Budapest, Hungary, street artist Fat Heat created this awesome image of a giant red bird on cellophane that is wrapped around two trees. The bird actually appears to be perched in mid-air! The piece was created at a quick event in Budapest called “Akvrium.”

The technique shown here is called CelloGraff and was invented by two French graffiti artists Astro and Kanos. By using cellophane, no damage is done to buildings or structures, and no laws are broken. This makes street art and the freedom to creatively express oneself easier to promote in a responsible way.