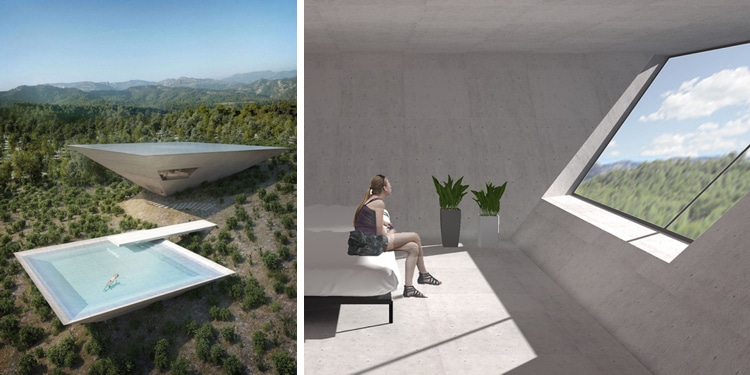 Set to be built in the Spanish region of Matarraña, TNA is the latest architectural firm to take up the challenge of building a residence without restrictions for developer Christian Bourdais' Solo Houses project. Lead architects Makoto Takei and Chie Nabeshima have dreamed up an inverted concrete pyramid sunk into the Spanish landscape.

Following in the footsteps of designs by Didier Faustino and Johnston Marklee, the resort dwelling is part of Bourdais' plan to bring cutting-edge architecture to a rural setting. TNA has used a classic form—the pyramid—and cleverly inverted it to create a sense of weightlessness. Large cutouts in the upper dwelling provide panoramic views over the landscape and the sleek interior is divided by mezzanines of different levels, which keep the open feeling of the pyramid, but clearly define living spaces.

While exterior images of a previous design show the pool housed in a second inverted pyramid sunk below the main residence, the final version sees all design aspects combined into a singular structure. In the final version by TNA, the larger upper level of the pyramid houses three bedrooms and a lounge, which all have direct access to the rooftop pool in the center.

TNA's concept is one of 15 residences, plus a hotel, that will be built for the Solo House project. Two have already been completed, with The Guardian dubbing them “architectural collectibles.” Only time will tell how Bourdais' project will hold up and if his concept of creating “a history of what is architecture at this moment in time” will fully come to fruition.

Japanese architecture firm TNA is one of a group of cutting-edge architects designing resort dwellings in the Spanish countryside for the Solo Houses project. 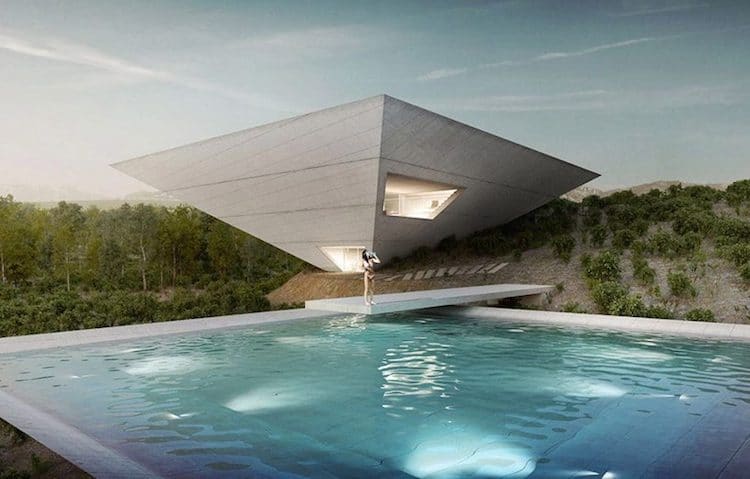 The original concept called for two inverted concrete pyramids sunk into the landscape. 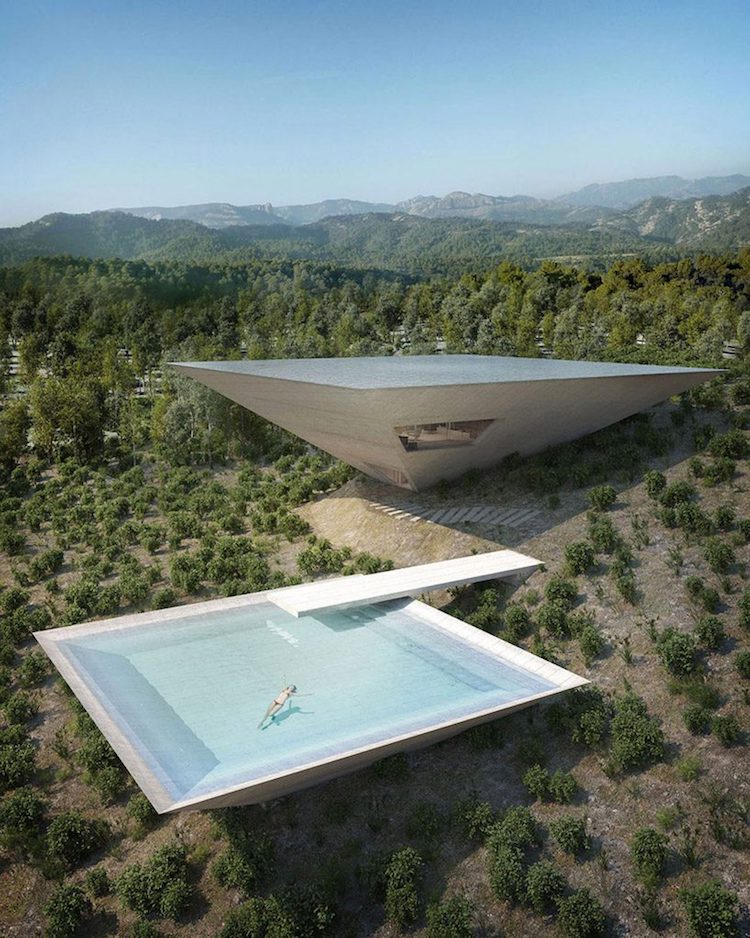 Architects Makoto Takei and Chie Nabeshima have since modified the plans to integrate all aspects of the home into one pyramid. 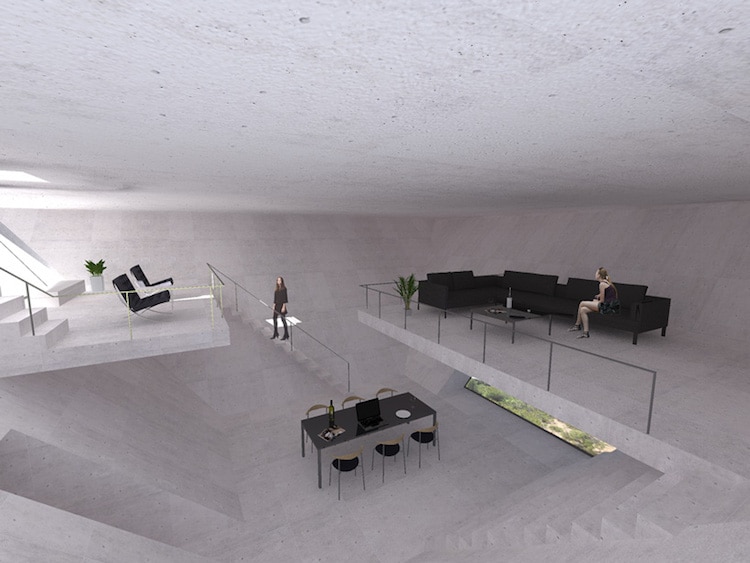 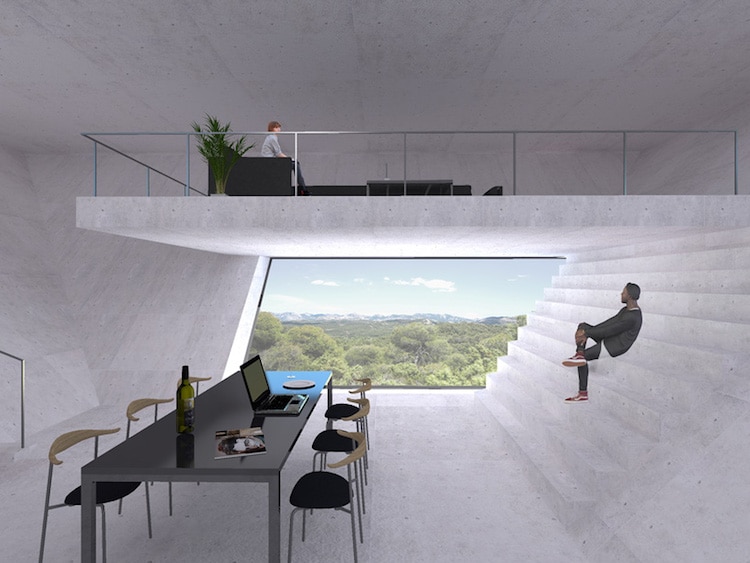 Large cutouts provide light and a view of the surrounding landscape. 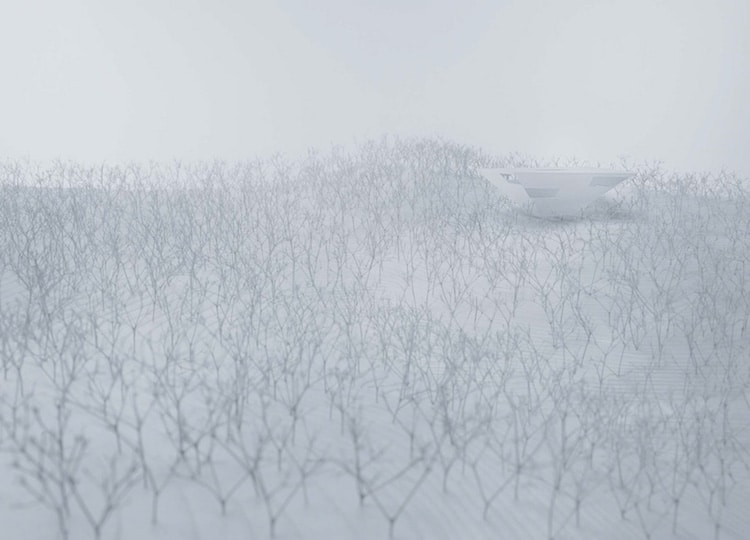 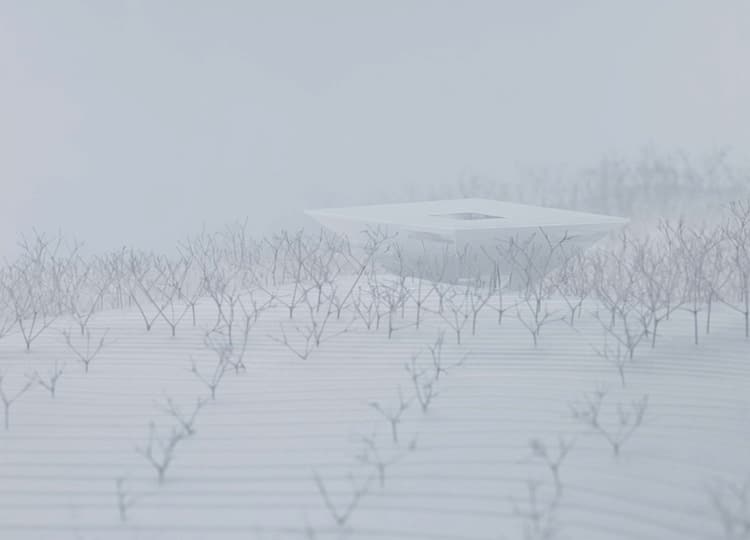 Modern Prefabricated Home is a Minimalist Retreat in Spain