Japan’s Massive Comic Book Mural is a Sweet Send Off 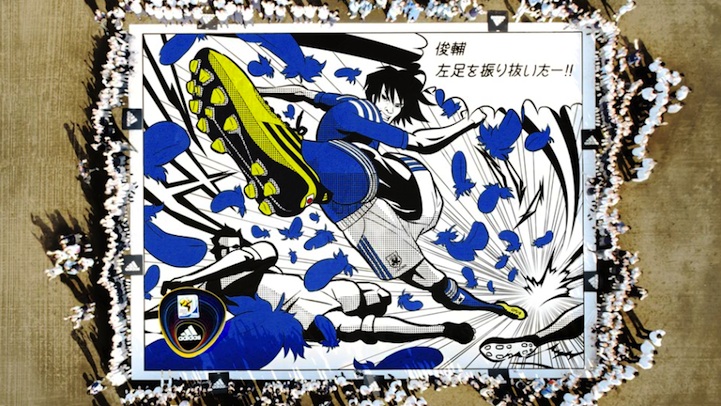 As a sweet send off for Japan's National Team's departure to the World Cup, TBWA/Hakuhodo and Adidas Japan have started a massive mural/comic book project called Sky Comic. Thirteen huge murals are being created in 13 different Japanese cities over a five week period. As they are completed, each of the murals are being photographed from the sky by a hot air balloon. On May 25, the murals will then be brought together as a giant comic strip at Tokyo's Haneda Airport. As Japan's National Team departs for South Africa, they'll get to experience the completed project in all its glory.

Here's what's been done and released so far. 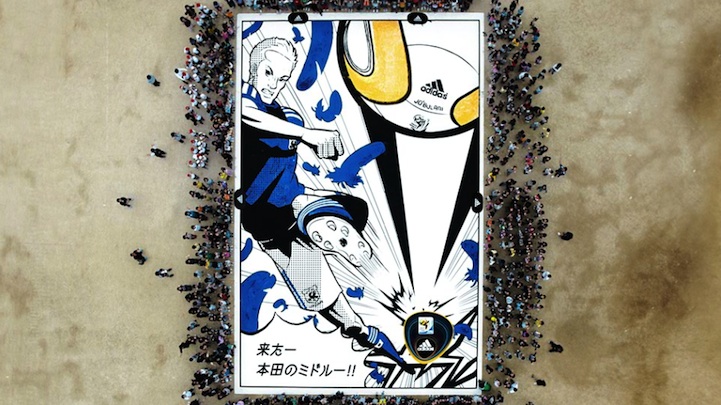 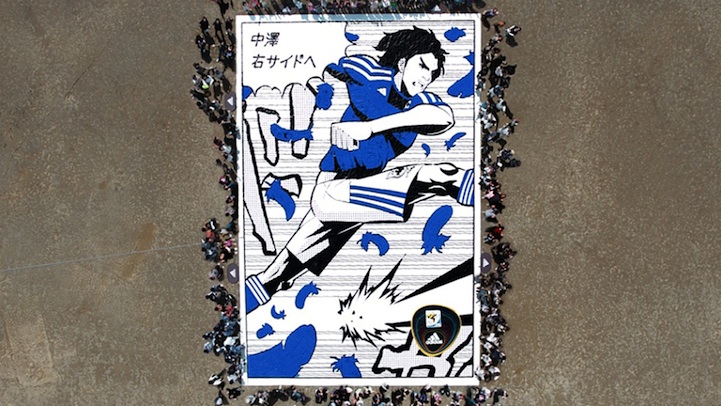 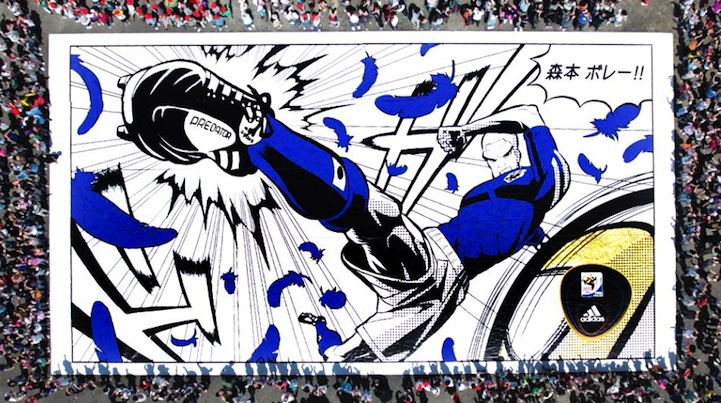 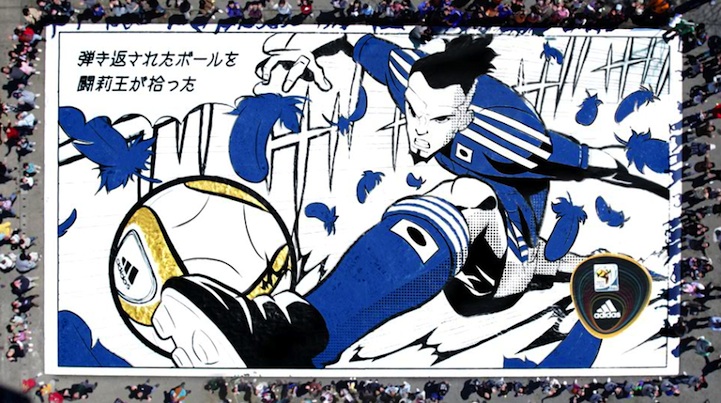 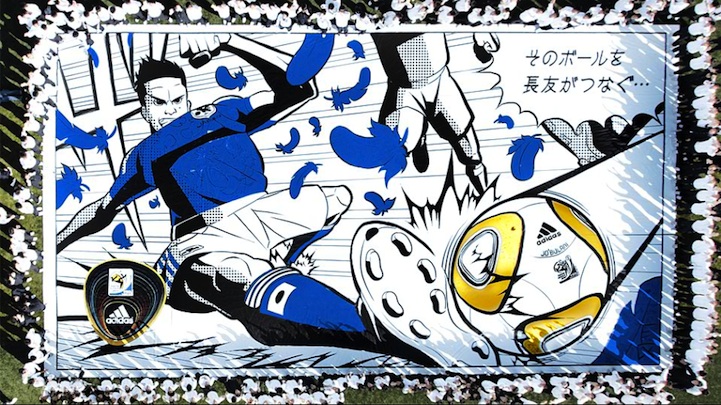 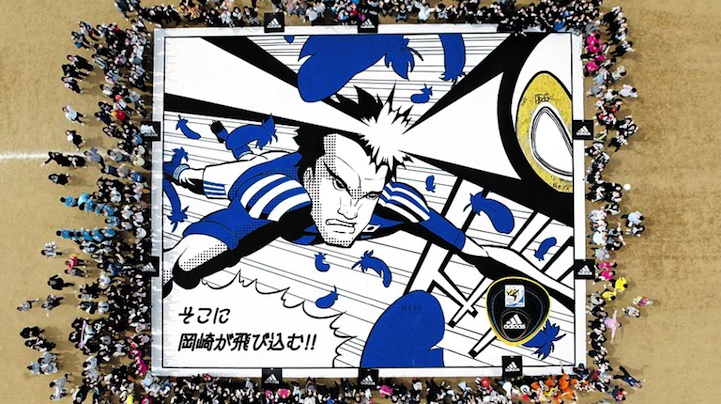 As you can see, the subject of each panel is a football player. As an extra sentimental touch, each mural is being created in their respective players' home cities.

What an amazing way to get the whole country involved in a giant art project!