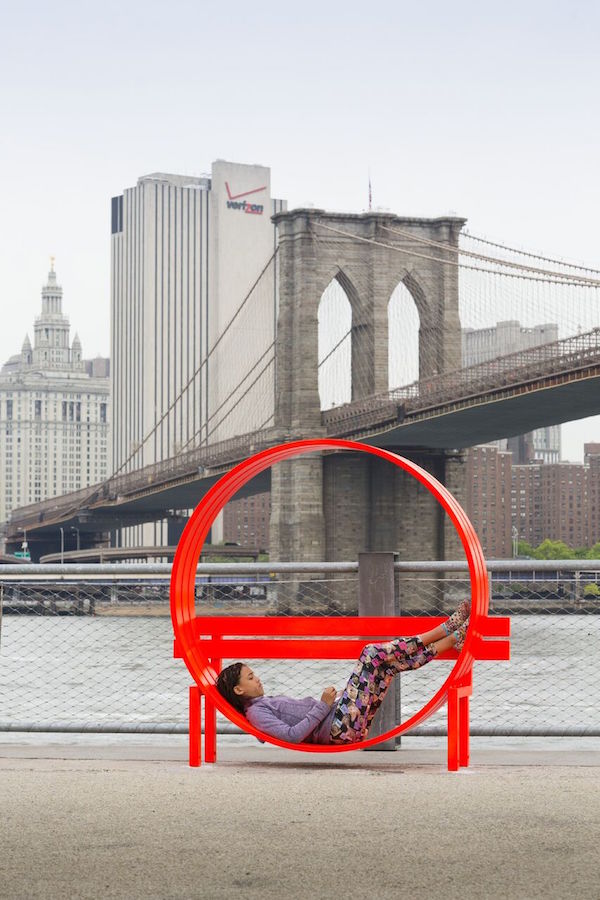 As if New York doesn't have enough exciting art going on right now, with Yayoi Kusama's show at David Zwirner and Teresita Fernndez's golden canopy at Madison Square Park, it can now add another must-see exhibition to the list. At Brooklyn Bridge Park, Danish artist Jeppe Hein has just opened Please Touch the Art. His most comprehensive exhibition ever presented in a public space in the United States, the show consists of 18 interactive works that are both fun and surprising.

The exhibition, which has been curated by Public Art Fund Director and Chief Curator Nicholas Baume, includes three distinct bodies of work. Appearing Rooms consists of a series of “rooms” with walls that appear and disappear as vertical jets of water shoot up from the ground in a grid-like pattern. Installed on the Bridge View Lawn at Pier 1, the iconic water sculpture challenges visitors to move throughout the “rooms” without touching a drop of water. If you don't time it just right, you might come away soaking wet!

Mirror Labyrinth, installed at the Pier 3 Greenway Terrace, is a large-scale installation that consists of mirror-polished stainless steel vertical posts. Spaced equidistantly, the posts form three radiating arcs. While the width of each vertical post is the same, the heights vary. The artist purposefully created them this way to mimic the Manhattan skyline, which sits across the river.

Finally, the third body of work can be viewed throughout the park and it's called Modified Social Benches. Sixteen red park benches have been twisted and bent in response to the park's landscape. Hein wanted to reinvent the way we thought of the typical park bench. As Public Art Fund states, “Straddling the line between functional seats and eccentric art objects, Hein coaxes visitors to become conscious of the act of sitting as they perch, recline, or rest on his benches.”

Here's what curator Baume told The New York Times about Heine's interactive art. “One of the brilliant things about Jeppe's work is he can engage you no matter what your background or experience or age in a very direct way. And through that process – whether it's through something joyful or something funny or something strange or something perplexing – he works on all of those human and intuitive levels to then allow you to think differently about your environment, about yourself, about who you're with and where you are.”

You have almost a full year to enjoy these whimsical artworks. Please Touch the Art began on May 17 and runs until April 17, 2016. 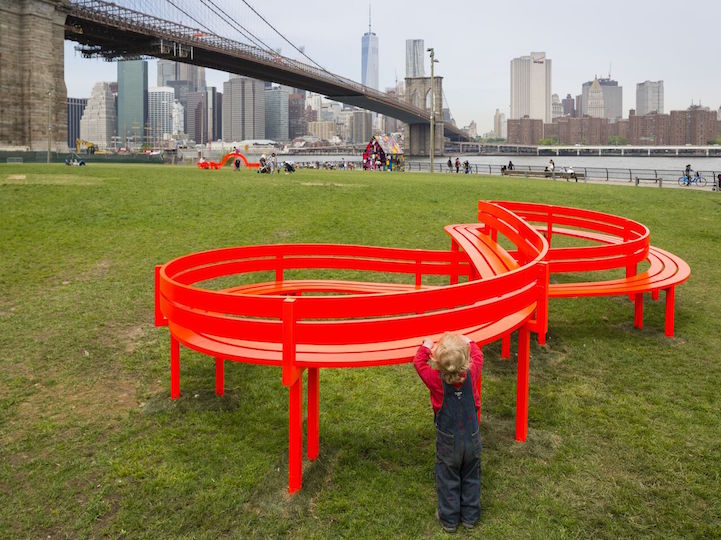 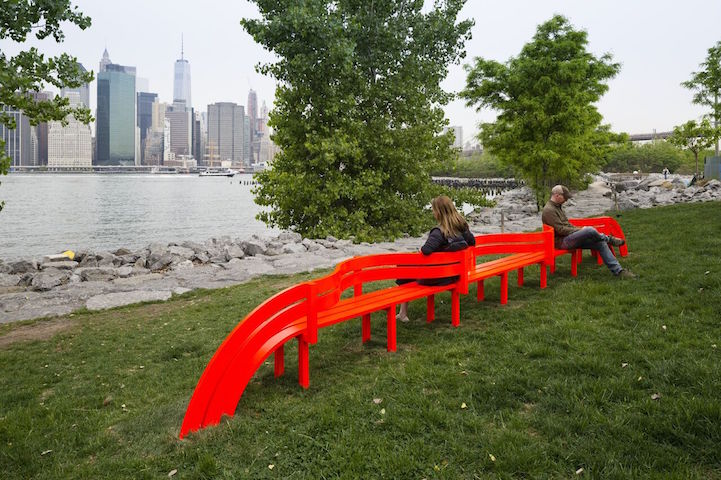 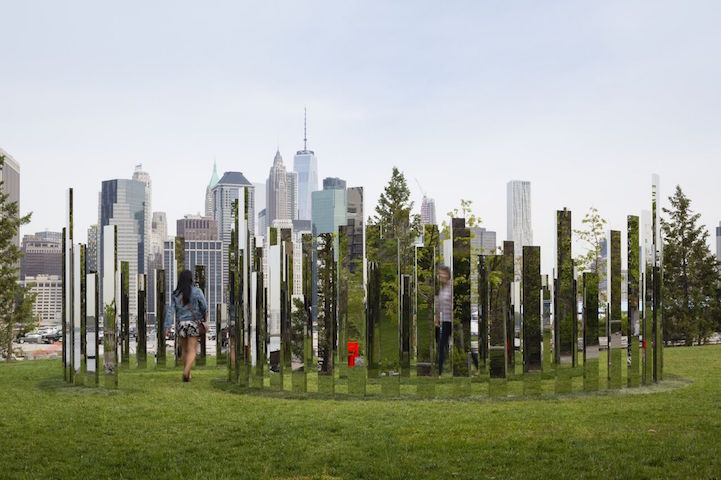 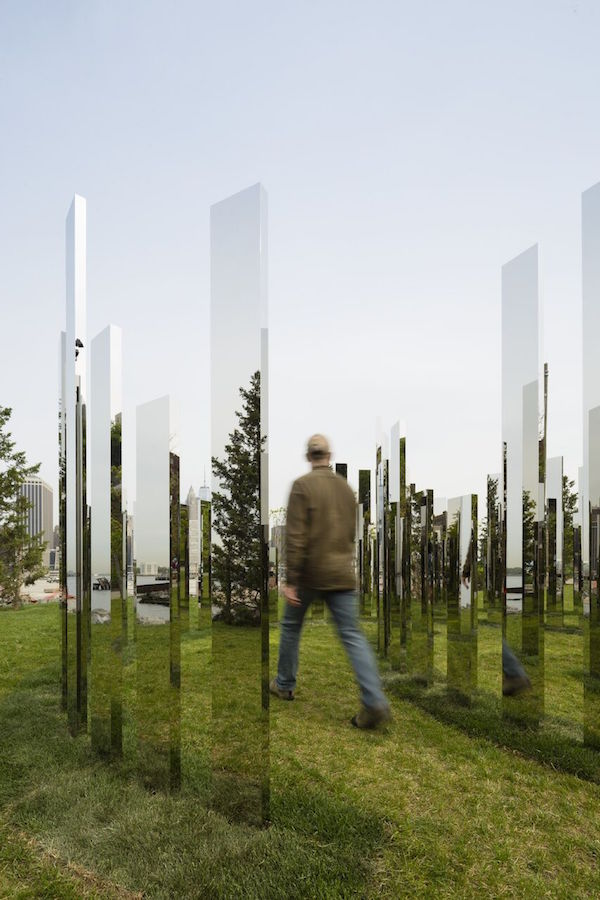 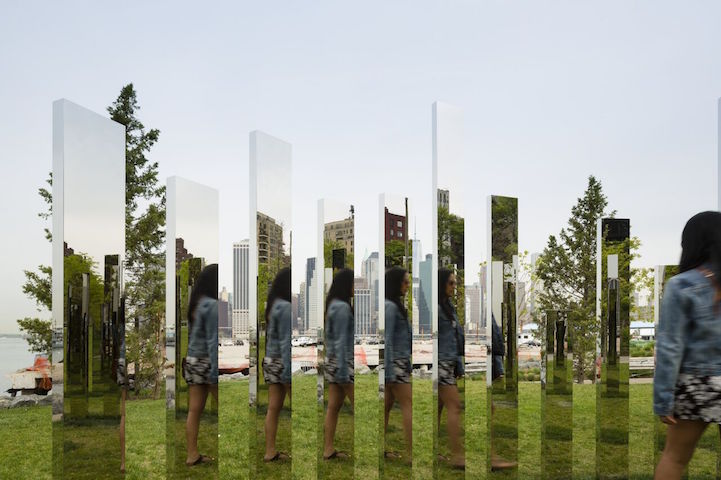 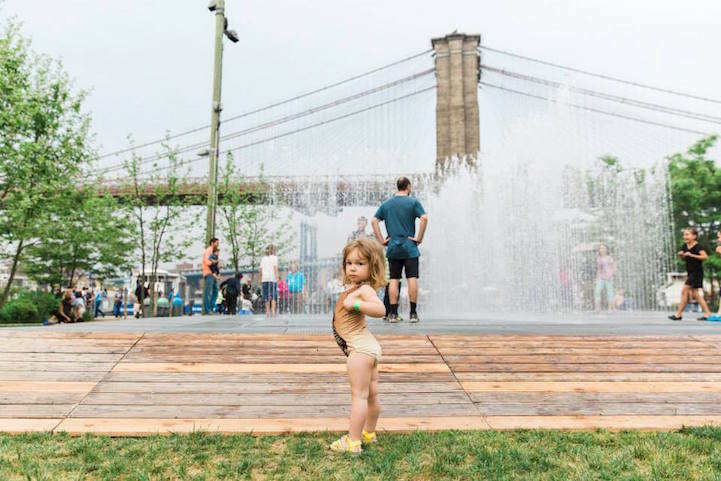 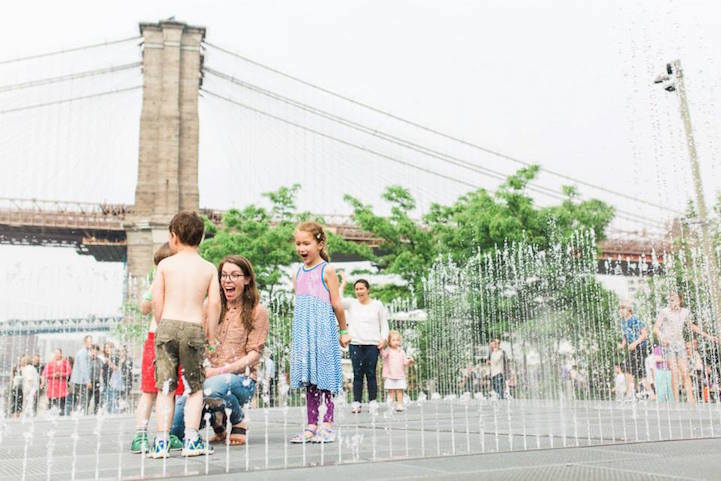 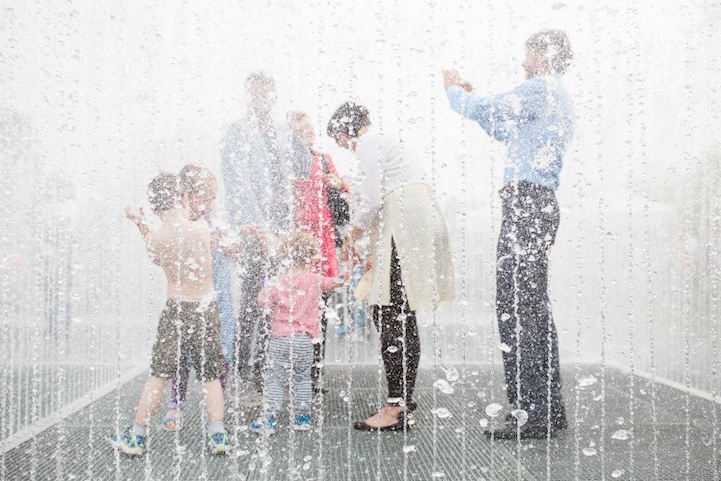 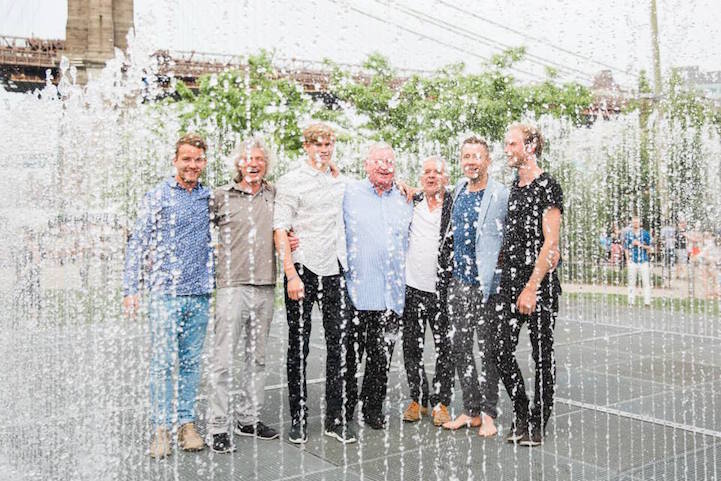 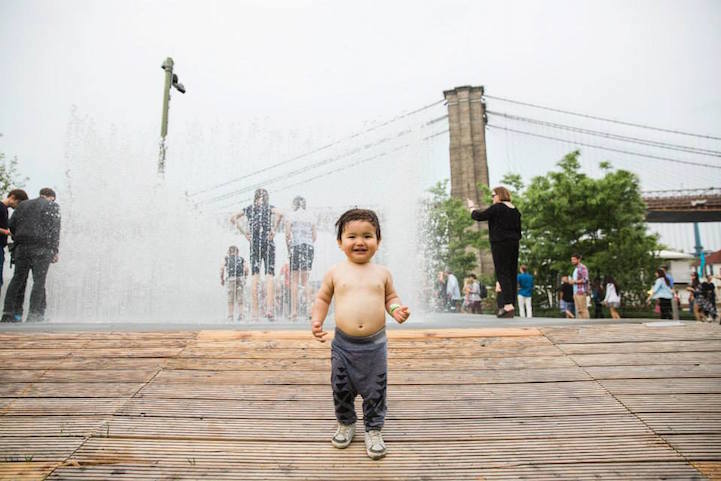