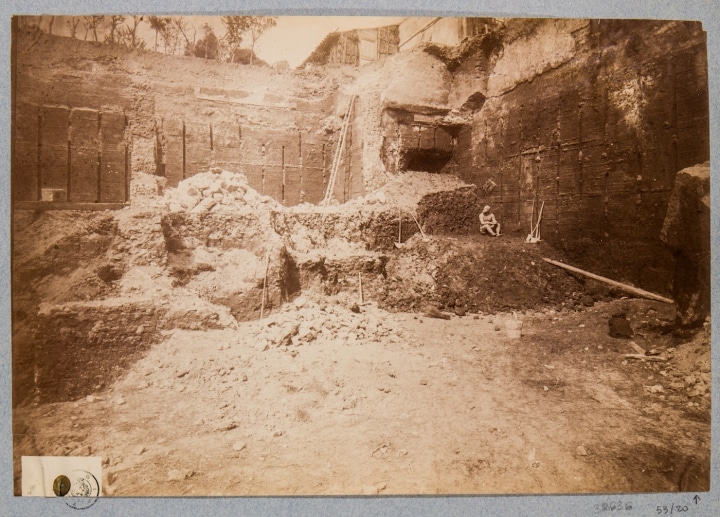 Thanks to a project by researchers from three universities (including Stanford) and the Italian government, you can see Rome's transformation through nearly 4,000 pieces of digitized material. The project brings, for the first time, the rich collection of 19th-century archaeologist Rodolfo Lanciani to the masses. Present at important excavations that revealed masterpieces such as the Greek bronze Boxer at Rest sculpture, Lanciani snapped unprecedented photos of these occasions and collected material to document Rome's archeological history.

Rome was evolving during Lanciani's lifetime, becoming the capital of a newly unified Italy in 1870, and as the city began a massive overhaul to move into this role, construction revealed archeological treasure after archeological treasure. Fueled by his passion for these discoveries, Lanciani almost obsessively began collecting materials from friends and colleagues, as well as scouring vendors for articles that would fit into his archive.

This massive effort paid off through the thousands of photographs, drawings, manuscripts, notes, and prints that systematically lay out how Rome's history was discovered through archaeology. When Lanciani passed away in 1929, his library containing more than 21,000 items were sold to Italy's National Institute of Archaeology and Art History. While this allowed researchers who traveled to Rome the opportunity to study the collection, access was quite limited. Thus a team, which also includes researchers from the University of Oregon and Dartmouth College, set about in the digitization of portions of the library. 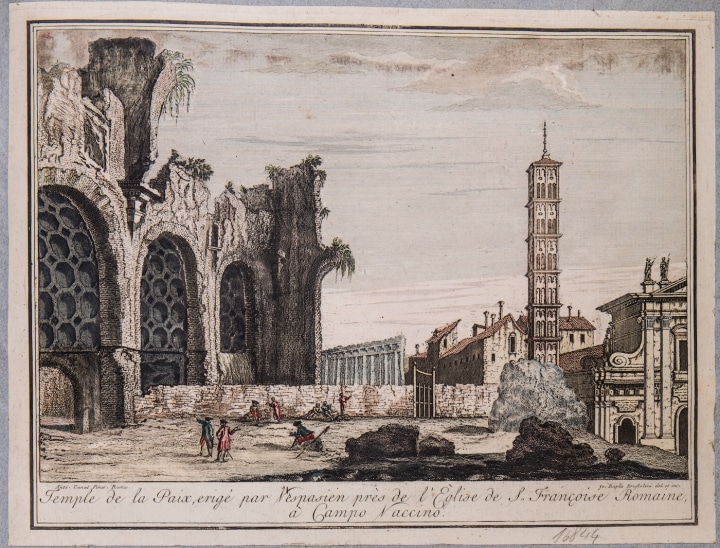 Canaletto and Giovanni Battista Brustolon, engraving of the Basilica of Constantine and Church of S. Francesca Romana (1700s) 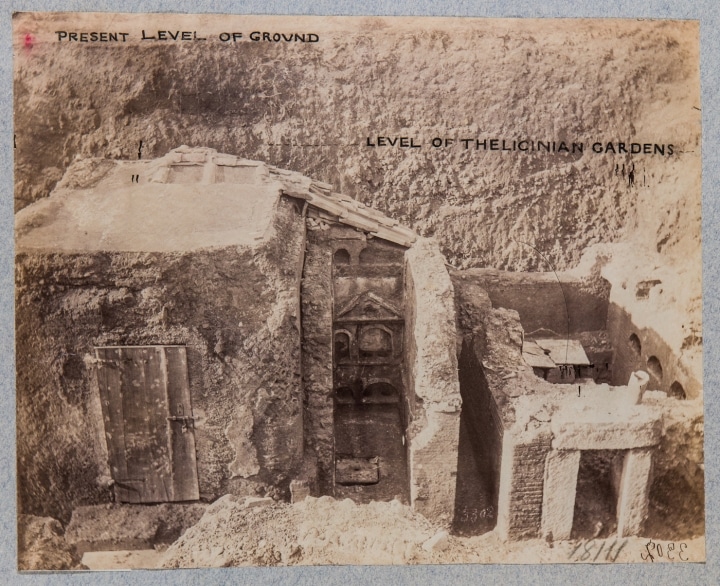 Photograph of the Columbaria of Vigna Belardi, from the front

“The Lanciani collection is a stunningly rare personal collection by one of the premier, pioneering archeologists of Rome,” says Nicola Camerlenghi, assistant professor of art history at Dartmouth College. “This was Lanciani’s working collection, amassed by a man who needed this material to conduct his research, which aimed to understand the city over the course of thousands of years. In this respect, it is indeed unparalleled because it grants insight into what was deemed significant to such a foundational scholar. These were richly informative images for him and, accordingly, for scholars today, too.”

Now scholars and Rome lovers everywhere can study high-resolution images of the watercolors, drawings, prints, and letters that show Rome's transformation. The collection is divided into groupings by neighborhood, monument, and theme—following Lanciani's preferred organizational system—allowing you to flick through the material with ease. The team has also included curated essays about specific themes, like Rome's domes and archeology in Rome through photography. 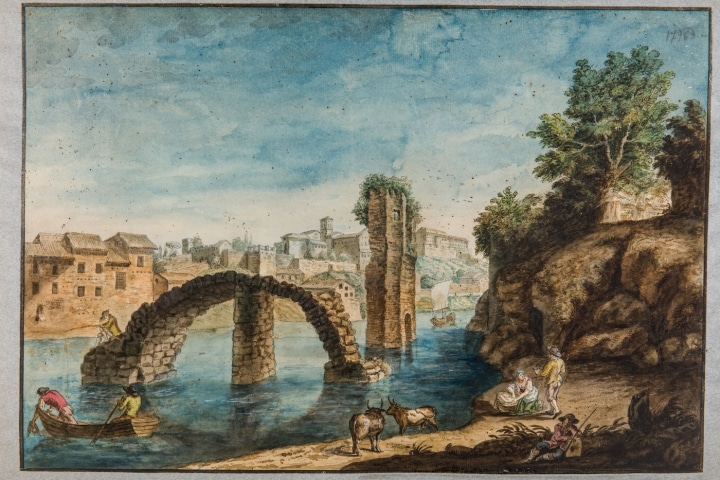 Watercolor of the remains of the Pons Sublicio (1725) 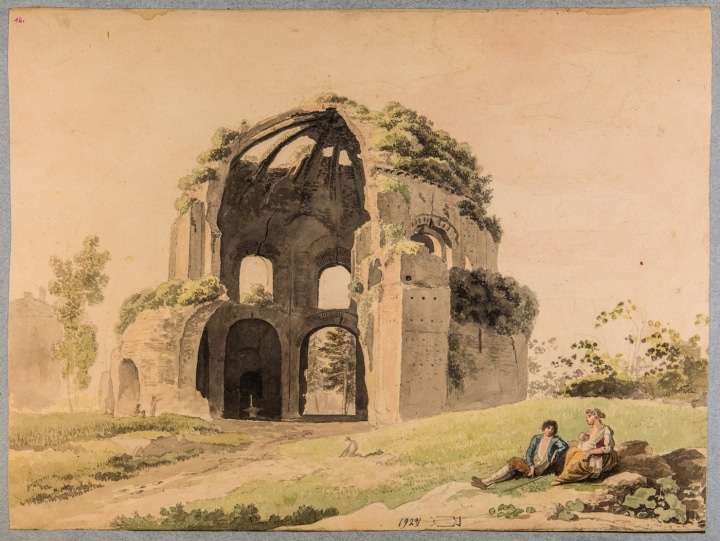 Watercolor of the so-called Temple of Minerva Medica (1820) 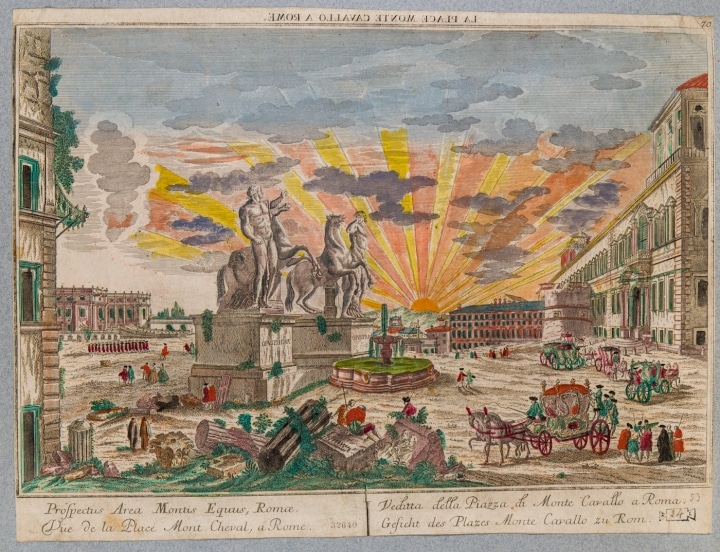 Engraving of the Piazza at the Quirinal Palace (1700) 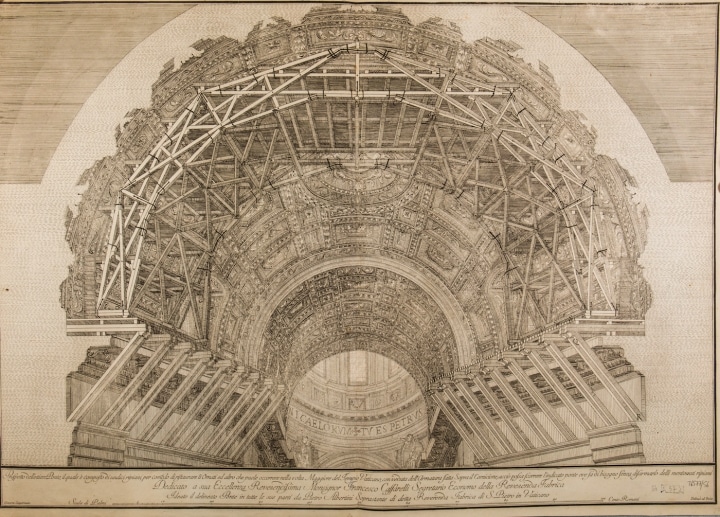 Giacomo Sangermano, engraving of a scaffolding for the restoration of the vault of St. Peter’s Basilica (1700) 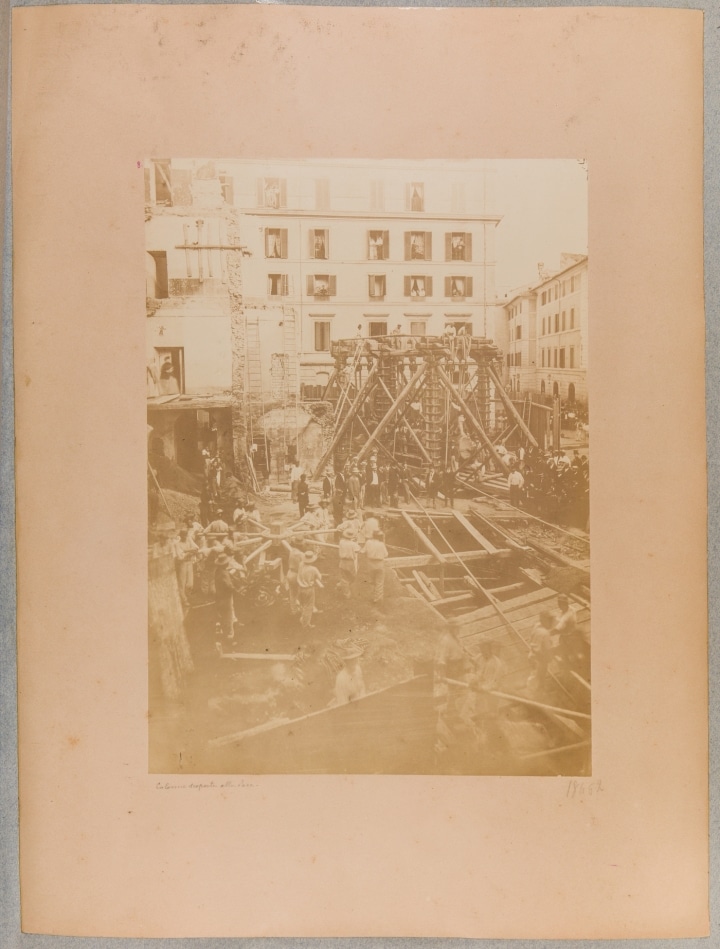 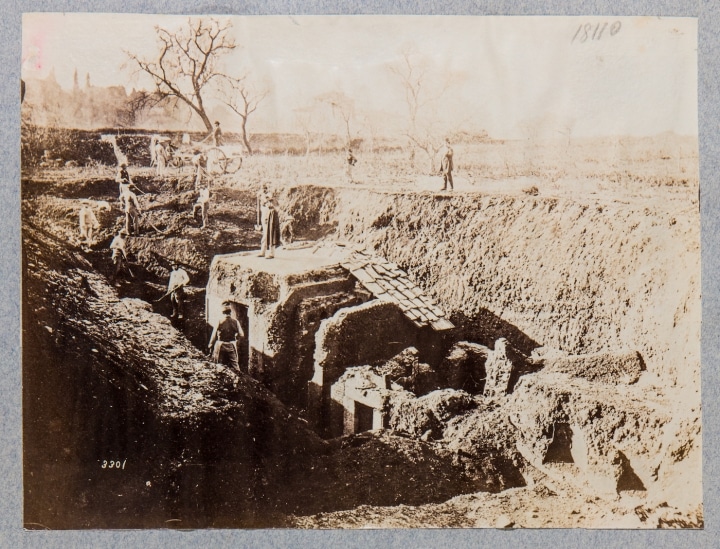 Photograph of the Columbaria of Vigna Belardi