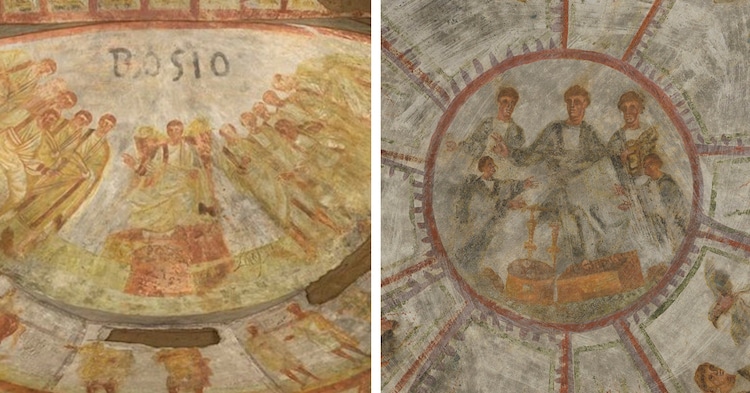 This month, Rome's largest catacombs will open to the public after an in-depth, years-long restoration project. For the first time in centuries, visitors will be able to descend into the underground cemetery to see a recently rediscovered collection of ancient frescoes.

Located in subterranean Domitilla, the catacombs are over 7 miles long and house a labyrinth of over 26,250 tombs. For decades, restorers have tirelessly worked to rehabilitate 2 of the Domitilla Catacombs' burial chambers, using lasers and other technology to remove layers of dust, dirt, smoke, and algae from their walls. Fortunately, their efforts have paid off, as the restoration has revealed a stunning 1,600-year-old fresco collection.

The polychromatic paintings shed some light on the interests of the ancient Romans who commissioned them. In the case of these burial rooms, it was a group of bakers, as illustrated by a series of pieces chronicling the transport of grain. In addition to the baking trade, frescoes found in the chambers also signify an interest in religion, with iconography from both the bible and the Pagan faith making painterly appearances. According to Barbara Mazzei, who led the project, this fusion of faith aptly represents the shift from Paganism to Christianity that was occurring at the time.

Following the fall of the Roman Empire, the catacombs were largely forgotten until the 16th Century, when they were re-discovered by archaeologist Antonio Bosio. It is not until the present, however, that they can be seen in their original, dirt-free glory.

This month, following decades of fresco restoration, Rome's oldest and longest catacombs will open to the public. 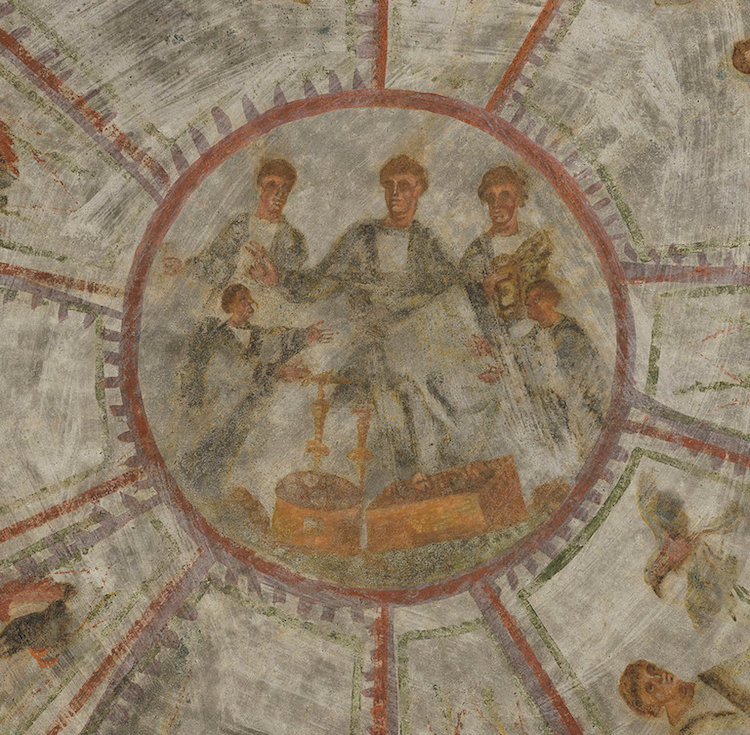 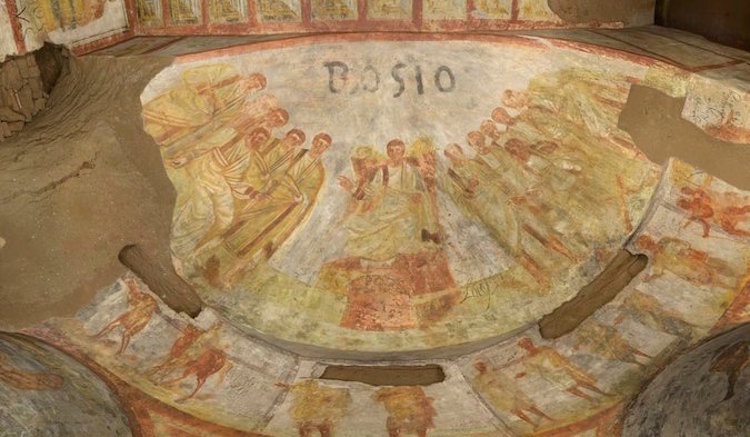 The Domitilla Catacombs feature a labyrinth of burial rooms and tombs.