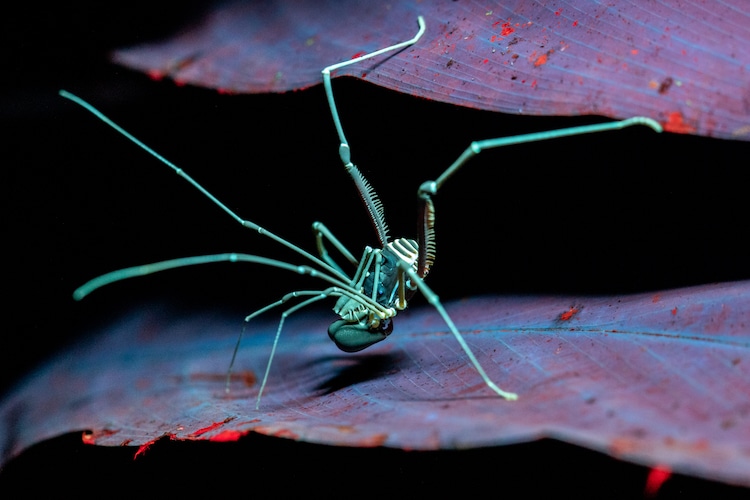 Brazilian biologist, photographer, and National Geographic Explorer Leo Lanna is passionate about nature. And this passion has led him on a path to study the praying mantis. Since 2015, along with designer Lvcas Fiat, Lanna has been exploring the micro-world of insects thanks to his non-profit Projeto Mantis. By marrying science, art, and technology, they hope to bring a new perspective to the state of the Amazon rainforest.

In October 2021, thanks to a grant by the National Geographic Society, Lanna was able to spend one month in the Amazon with his team. There, they focused on the unknown in the forest at night. Using UV light, they were able to reveal incredible species that are typically hidden in the darkness. It's allowed Lanna to discover 10 potentially new species of praying mantises and there are certainly even more surprises to uncover as he sifts through the data collected.

By revealing this hidden world and exposing it to the public, Lanna hopes that people will be able to gain a deeper connection with the Amazon. For Lanna, who studied business administration before discovering his love for biology, the expedition is just another step in his journey. While he pursues a master's degree in zoology, he will also continue his fieldwork and his work with Projeto Mantis to build a 360-degree virtual experience of the Amazon.

We had the chance to speak with Lanna about his expedition in the Amazon and what the use of ultra-violet light helped him discover. Read on for My Modern Met’s exclusive interview. 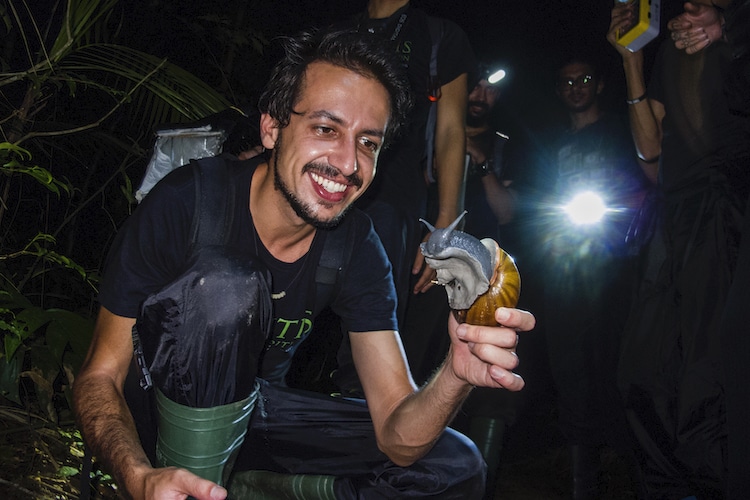 What encouraged you to begin looking at the Amazon’s nocturnal animals?

For six years, I’ve been working with praying mantises through my independent organization Projeto Mantis. The best way to find these beautiful and camouflaged insects is to go out at night with a flashlight, scan the ecosystems, and look for them. We’ve carried on expeditions in multiple ecosystems of the Amazon and the Atlantic Forest, always surrounded by the teeming night wildlife. As a biologist, my research focuses on the mantises and new species, how we take care of each one we collect to natural death, and how we document their behavior and life cycle. I’m also a poet and photographer, so I’m interested in the amazing, colorful, eccentric, and mysterious creatures we find around the mantis universe.

Last year, we had the chance to gather a team of brilliant scientists and storytellers eager to find new ways of exploring the night through the expedition, “Amazon from Dusk to Dawn,” funded by the National Geographic Society. The biologists in our group worked with nocturnal animals—frogs and reptiles, insects, mammals—and creatively used technology to reveal new aspects of these animals. Our storytelling team also wanted to capture this ephemeral reality because the forest life changes every night and this challenging environment is rarely depicted in stories about the Amazon. 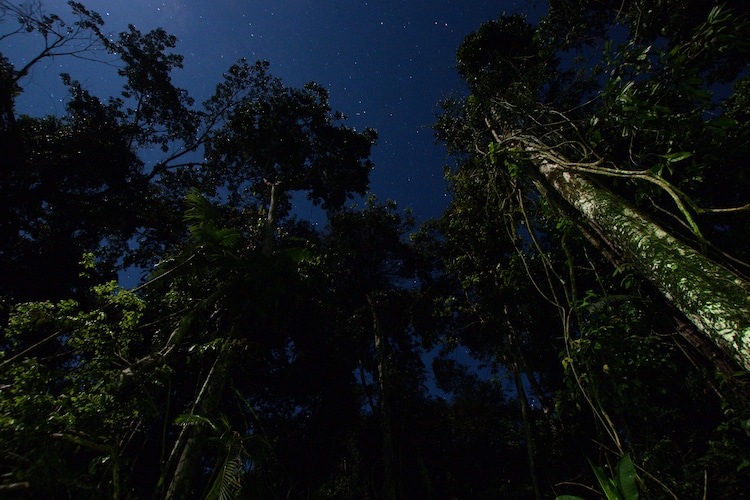 What’s been your approach to this research given the sheer volume of specimens?

The biodiversity of the Amazon is ancient and endless. Most of its life remains unknown, especially when it comes to less studied groups such as insects, arachnids, reptiles, and nocturnal fauna in general. We selected target species for each of the three techniques we wanted to test and improve: the ultraviolet-induced visible fluorescence photography, the behavior time-lapses, and the night drone flights.

For example, praying mantises, my specialty, were the target group for all the techniques. All species were a priority for being documented through UV photography, but just the dead leaf mantis (Plesiacanthops sp.) and the dragon mantis (Stenophylla sp.) were candidates for the time-lapses. We, unfortunately, didn’t find the dragon but got some nice footage on how the dead leaf mantis behaves throughout the night.

This selective approach was crucial to make it possible to deal with the huge number of creatures we would find there every day. We had to understand which species were a priority, who would be responsible for working with each group and technique, and how to deal with the novelties so we could better allocate our time during the expedition. 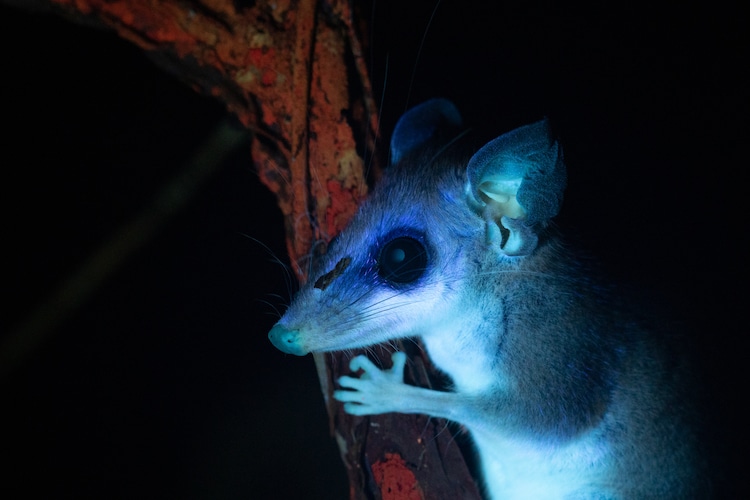 What’s been the most surprising discovery thus far?

We are preparing a paper on the results of the ultraviolet-induced visible fluorescence photography, which is a technique in which we use pure ultraviolet light sources (invisible to the human eyes) and capture, through images, the “reflected colors” (the visible fluorescence). I can only say for now that the whole jungle reverberated in colors we could never even dream of and the results are pretty exciting! This kind of fluorescence has been documented in multiple animals, but as far as we know it is the first time it is used in such a volume of species and in their natural habitat in the Amazon. We are heading to over 300 species documented through the method. We can’t wait to have it out, as people will be able to see the Amazon from a whole novel perspective. 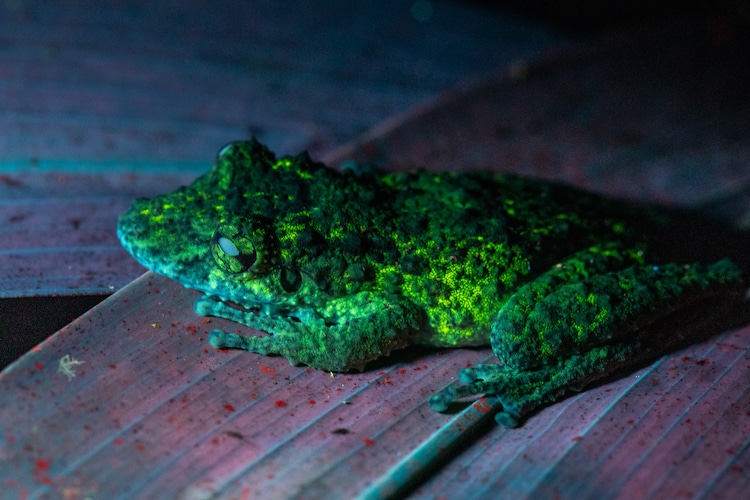 What has been the biggest challenge of the project?

Exploring creative and modern approaches to research and storytelling is always a challenge, especially in the Amazon. The jungle is amazing and intense. No equipment is made for the heat and humidity, so at times we had problems with overheating or fungus on the camera lenses.

Finding the balance of the team, understanding what we had to focus on, and adapting it to the reality of the passing days was a great challenge, as we had only a month to really dive into the nocturnal secrets of that area. Halfway, we had to give up on the night drone flights, which were not showing any results. Multidisciplinary fieldwork is really challenging, and always rewarding. 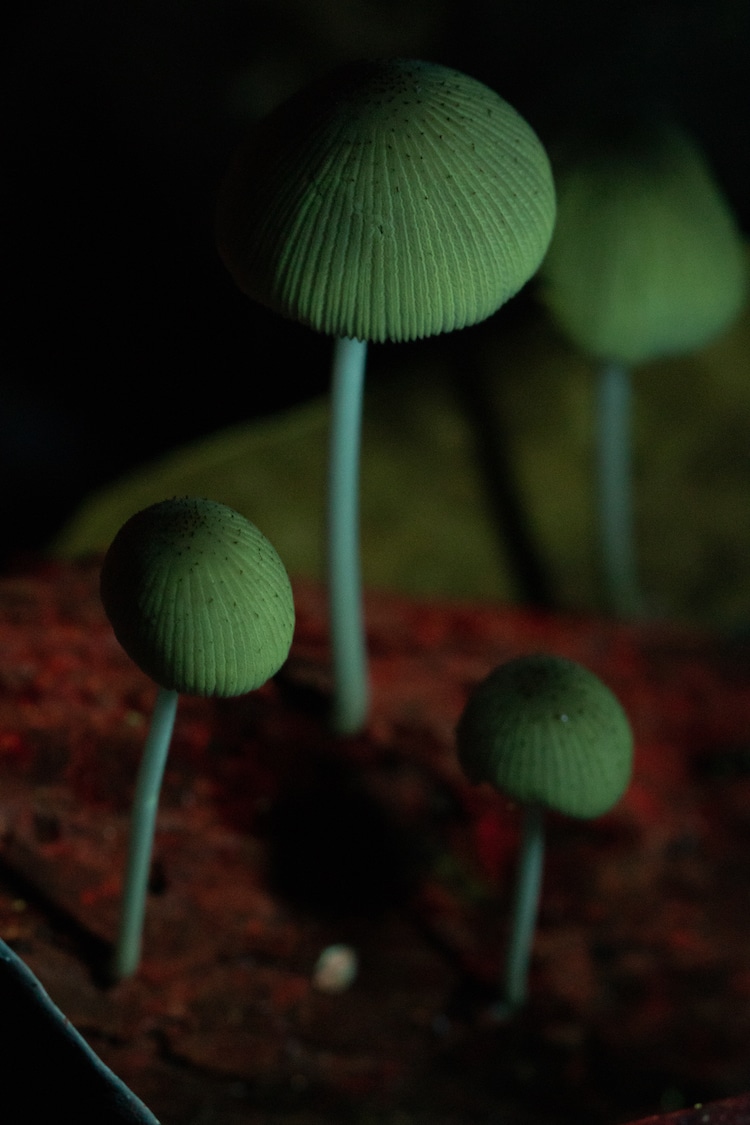 What do you hope that this work reveals about the ecosystem of the Amazon?

Our main goal was to creatively use technologies to reveal new ways of exploring the nighttime in the Amazon. What we found out is that there’s much, much more to be discovered and explored. Not only are there new species and ecosystems to be found, but there are multiple ways we can approach biodiversity to better understand how they live in the wild. The way they behave, mate, find food, how they react to day-to-night transitions, and how they communicate through colors, sounds, and signals that often are imperceptible to us. This work was essential to understand that, in order to try to comprehend the Amazon, we have to leave our own human approach and try to be more like the jungle—connected to its different time and space changes. 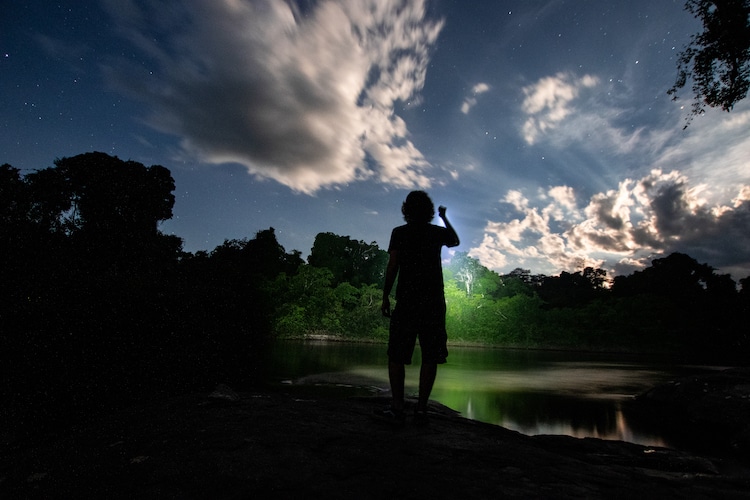 People often read that the Amazon’s ecosystem is being degraded but it can be hard to get a tangible sense of what that means. Do you have any examples of how you’ve seen things change over the past few years?

I haven’t visited the same area in the Amazon yet. Most of the time our expeditions are looking for new areas to explore and discover. Yet, the numbers on deforestation are clear—every 10 minutes, over 20 football fields of the Amazon rainforest are cut down in Brazil. This is extremely worrying and sad. On this last expedition, we explored an area smaller than that, and in just 30 days we were able to find new species, document hundreds of animals, discover secrets of color communication, and experience the grandeur of rivers and gigantic trees.

Our area was preserved under a National Reserve, however, when I come to think that every 10 minutes an area like that is wiped out, it is like we are completely deleting a part of our planet’s history without even looking at it.

I come from the Atlantic Forest, which has only 10% of its native vegetation left. I grew up thinking the green grass hills and never-ending pastures with few fragments of forests were natural. When I learned that every inch of all the places and cities I’ve been to in my childhood used to be lush rainforests, I really understood the power of human destruction. I often cry when I think about it. The Amazon still has a chance if we stop deforestation now. Otherwise, it will definitely survive in patches, but its magnitude, its great animals, flocks of birds, and myriads of insects, and this common sense we have of a vibrant and rich forest, will be gone forever. 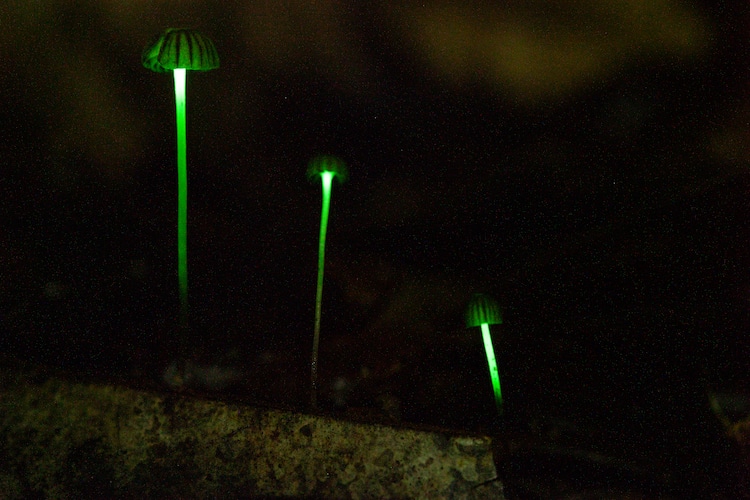 How do you hope that the research helps both the scientific community as well as the public?

This research was part of a single expedition in October 2021 at Floresta Nacional de Caxiuanã, in the state of Pará. The results will continuously come out in the next few years, both the scientific publications and the outreach campaigns. We hope this work will open new areas of exploration, and encourage other teams in the scientific community to carry on fieldwork combining science and the arts, technology, and human experience.

We especially hope that people keep exploring new possibilities for understanding life in Amazonia, which is so diverse and hides many secrets. We believe that the Amazon is a crucial source to the survival of humanity in the future, either for its possibilities of discovery in medicine, biotechnology, inspiration, and for its critical role in our planet’s stability.

Additionally, we are preparing an Amazonian time capsule, a virtual and immersive experience that will gather all content into 360º scenarios, available for people to explore. This will allow the broad public to feel as much as possible how it is to explore the Amazon at night, which secrets are there, observe animals and the complex environment, listen to how our people felt, and learn about the forest through interviews, and more. 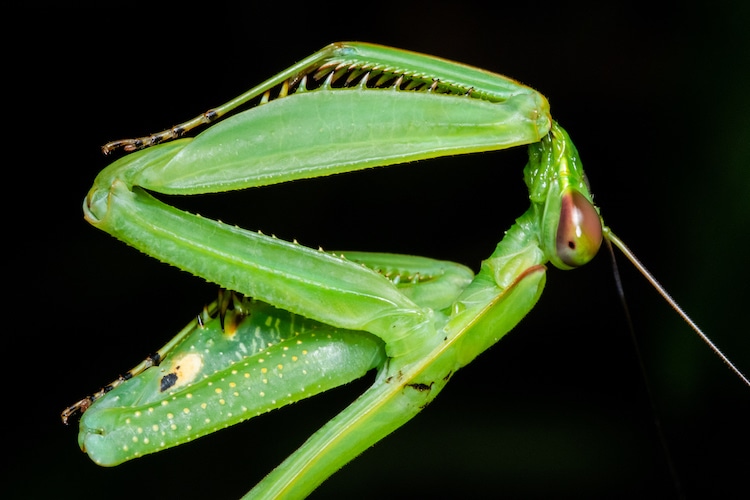 You can follow the social media of my organization, @projetomantis on Instagram and Twitter, access our site at www.projetomantis.com, and also follow the accounts of our team members—@eco360.imagery and @pedro_peloso. The progress of our work will be always updated, along with other expeditions and fieldwork we are all doing, which are just as amazing.

Here Are Ways That Anyone Can Help Protect the Amazon Rainforest