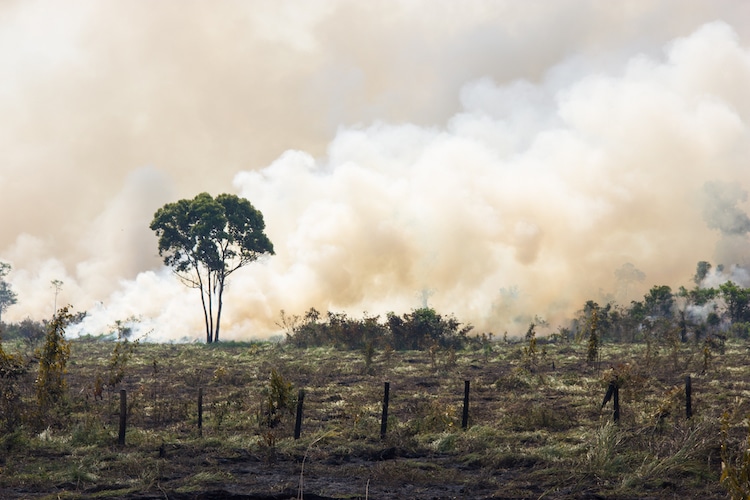 We all know how important the Amazon rainforest is to the health of our planet. For decades, conservation organizations have mounted campaigns to save the tropical terrain. Unfortunately, the issues facing the rainforest were once again thrust into the spotlight when rampant fires burned the Brazilian Amazon in 2019. And now, there's apparently more bad news about this precious resource.

Deforestation and fires had a direct impact on the findings, as there was a marked difference between the eastern and western parts of the rainforest. “In the eastern part of the Amazon, which is around 30% deforested, this region emitted 10 times more carbon than in the west, which is around 11% deforested,” says lead author Dr. Luciana Gatti of Brazil's National Institute for Space Research (INPE). 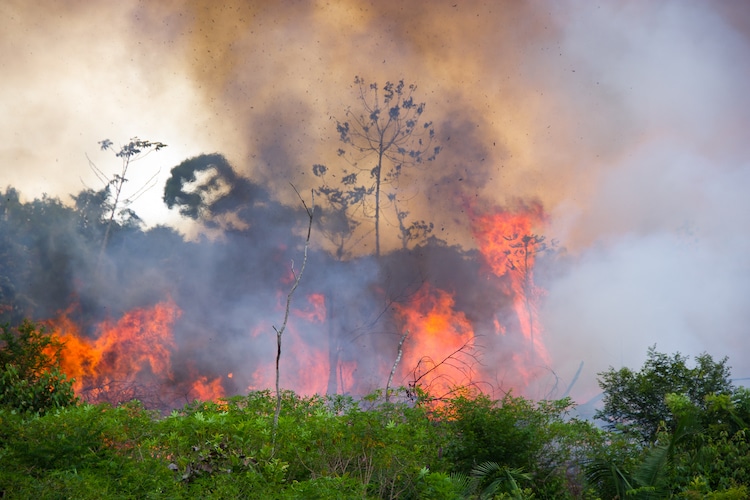 It's news which confirms that there are long-term, serious consequences to relaxing conservation laws and failing to enforce laws that are on the books. Brazil's president, Jair Bolsonaro, has often come under fire for his lax environmental policies, which included a dramatic budget cut for the country's environmental agency. In 2019, he also fired the then-director of INPE for publishing figures on deforestation.

The southeast region of the Amazon is now seeing record temperatures. During the two hottest months of the year, the area has seen temperatures that are three times the global average and are comparable to the temperature increase seen in the Arctic. Another consequence of these changes is a lack of precipitation that scientists say is tied to the changing climate.

“We have lots of problems with lack of precipitation, such as electricity from hydropower becoming more expensive. There are also heavy losses in agriculture,” explained Dr. Gatti. “We need to link this with Amazon deforestation and change the behavior.”

So, what can be done? Some European Union countries are looking to leverage a trade deal with Brazil and other countries. France, Ireland, and Austria said that they wouldn't sign the agreement unless Bolsonaro did more to protect the rainforest. While Bolsonaro has claimed in the past that the rainforest is “pristine,” he did recently issues a 120-day ban on unauthorized outdoor fires. But without more consistent change, this won't be enough.

If you want to get involved but aren't sure how to make a difference, there are plenty of ways to help protect the Amazon rainforest, no matter where you live. This ranges from changing your purchasing habits to making sure that your elected officials know that you'd like them to be an advocate for the environment. Every little bit helps when it comes to the Amazon, and it's time to act before the damage goes even further.