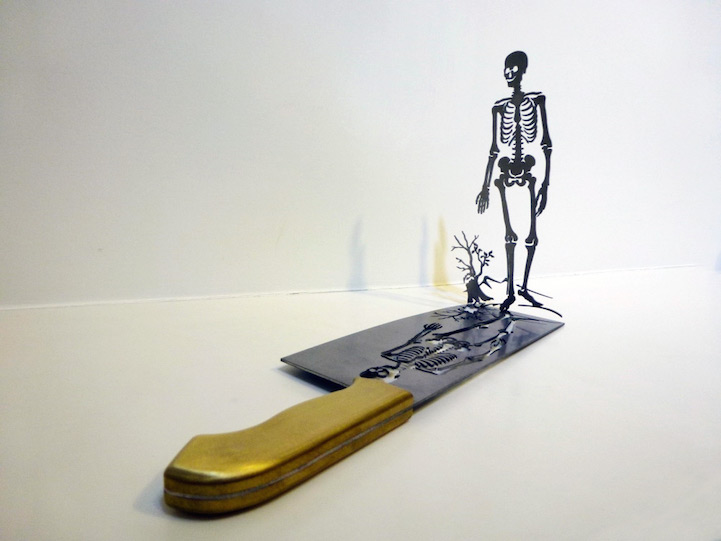 Beijing-based artist Li Hongbo recently unveiled Shadow of Knives, an incredible series of carved silhouette sculptures exhibited in his solo show at Contemporary by Angela Li in Hong Kong. Intricate, precisely cut animals, humans, and skeletons rise from knives like shadows, leaving behind corresponding negative spaces in the blades. With the delicate appearance of the silhouettes belying the cold, hard metal from which they were carved, the sculptures contrast paper-thin fragility with razor-sharp toughness.

Those living in China and other Asian countries will instantly recognize the rectangular blade of the ubiquitous Chinese chopping knife, which is used for everything from mincing and slicing to crushing bulbs of garlic and carrying ingredients to the wok. The knife speaks to the significance of food in Chinese culture, as friends and family gather around the dining table for hours to talk and eat. Li also points out that the Chinese are known for “eating almost everything that moves.” According to the exhibition description, “Shadow of Knives is a warning he gives the society–human beings will eventually destroy themselves because of their gluttony and their abuse of animals.” 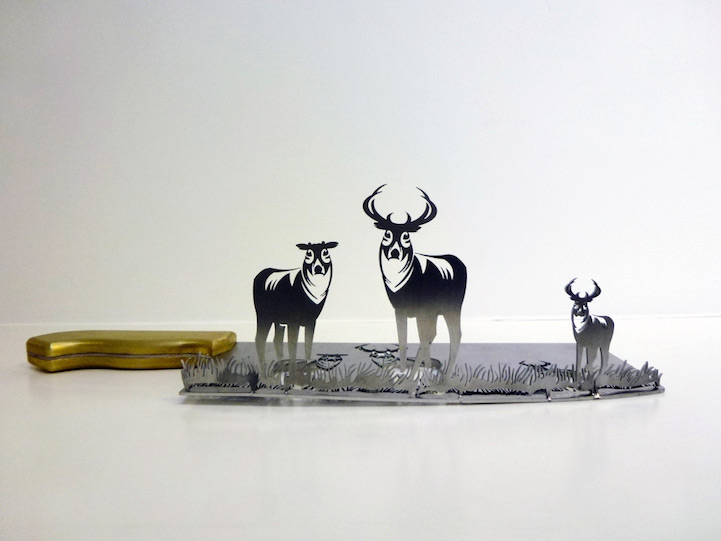 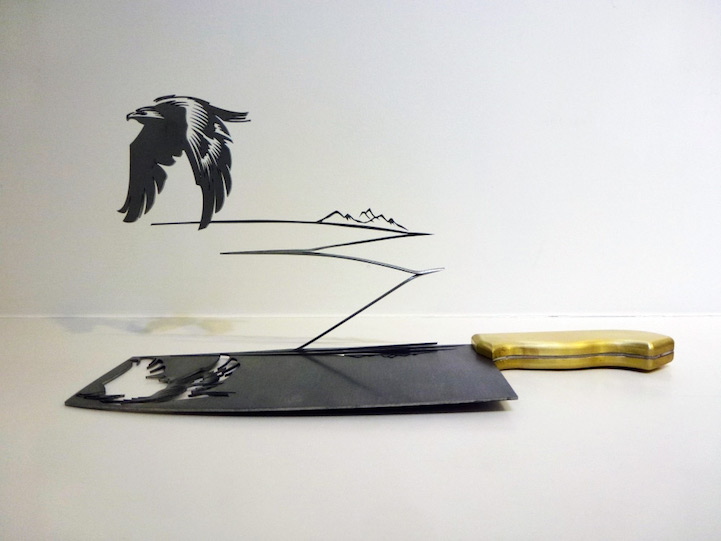 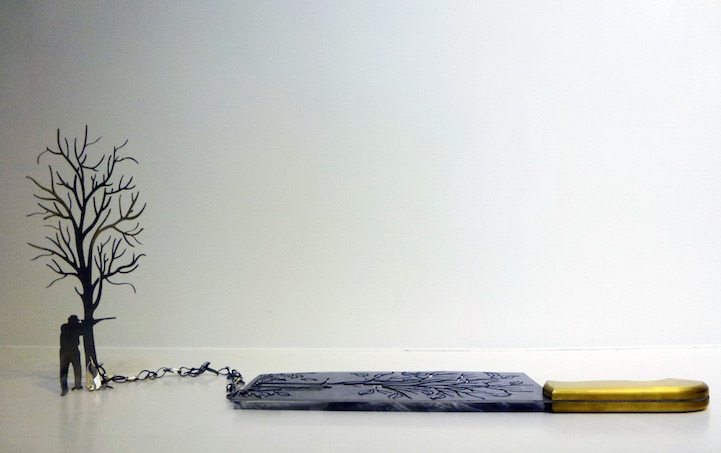 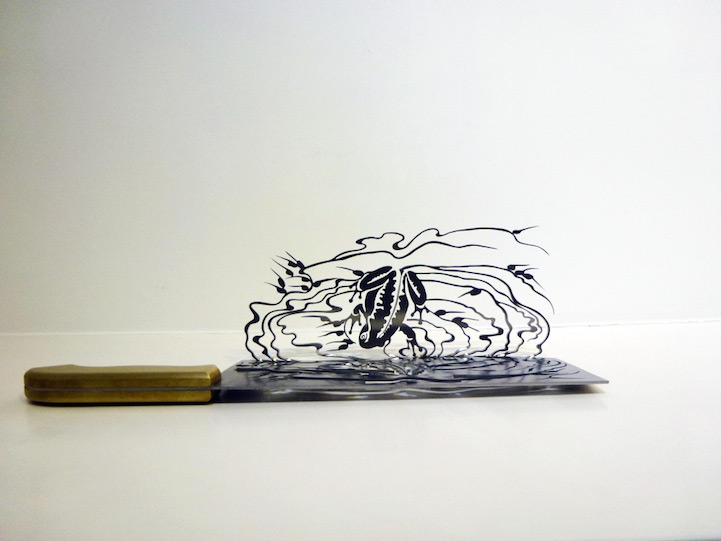 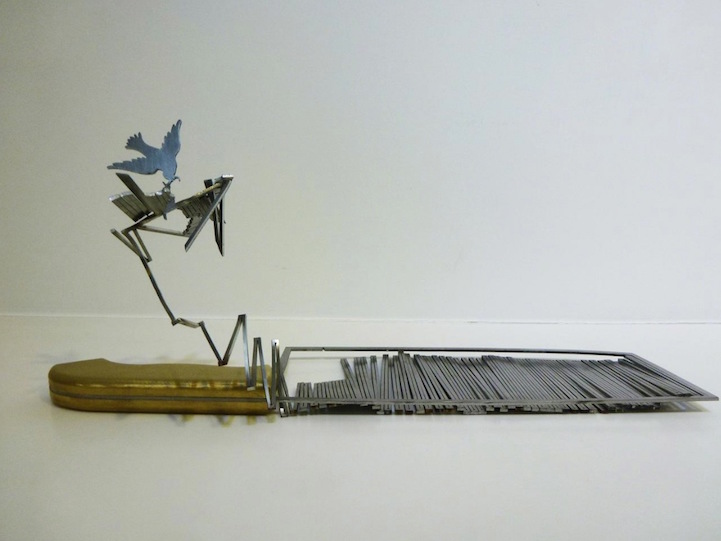 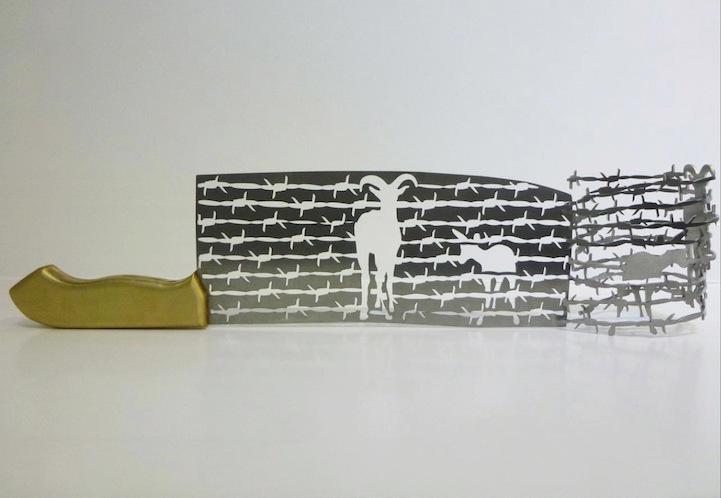 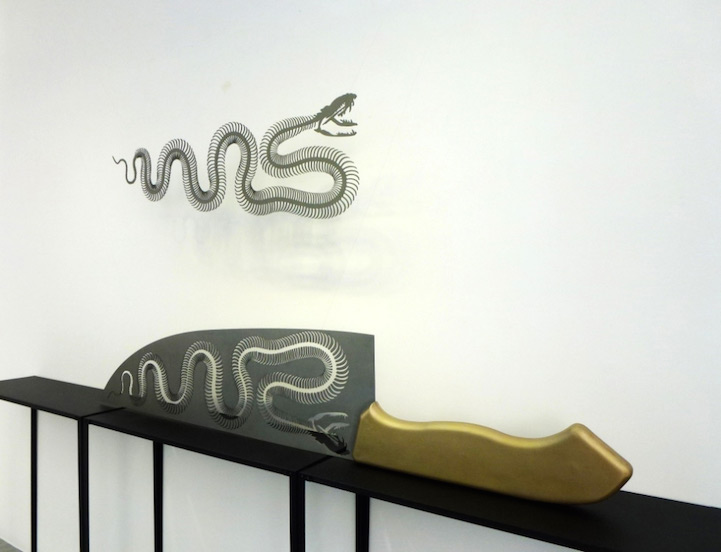 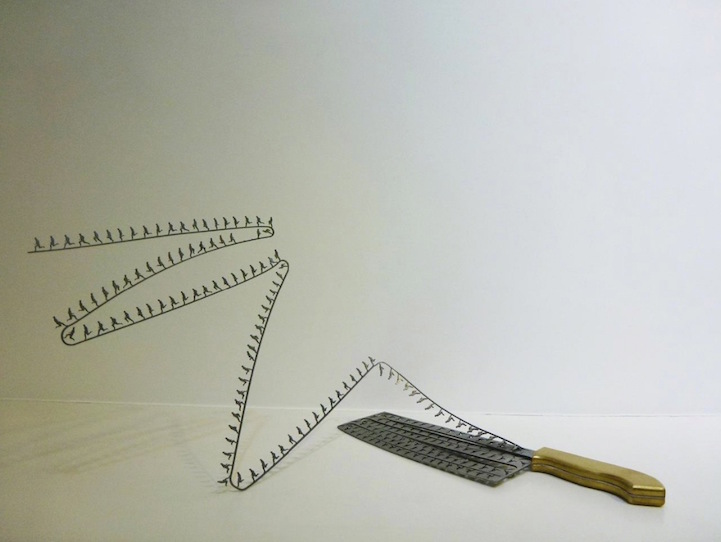 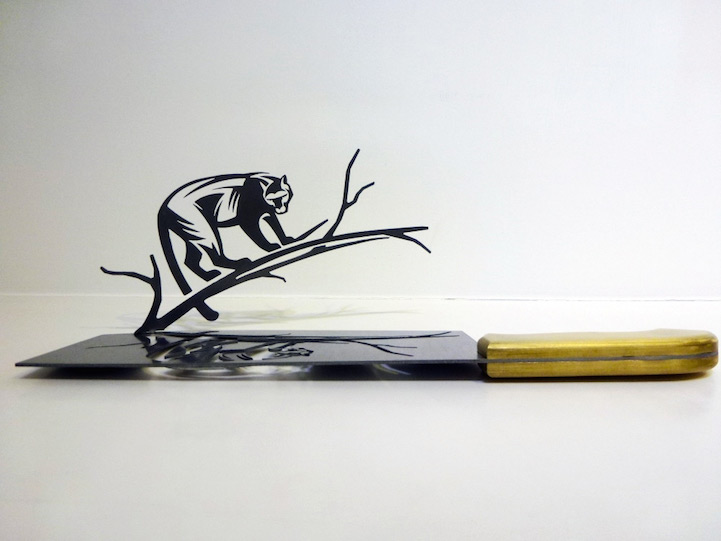 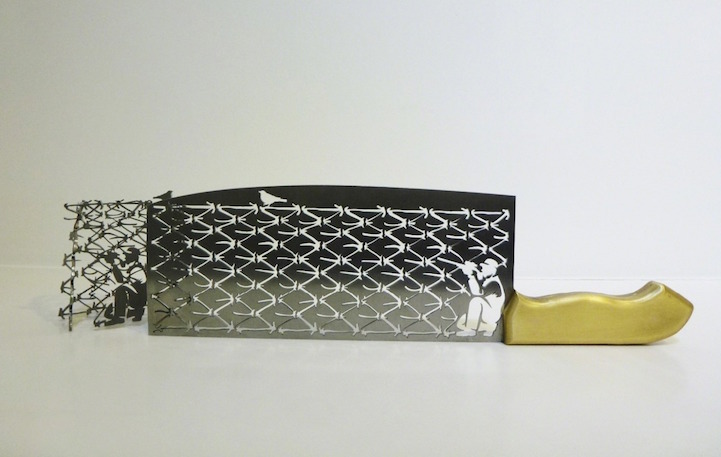 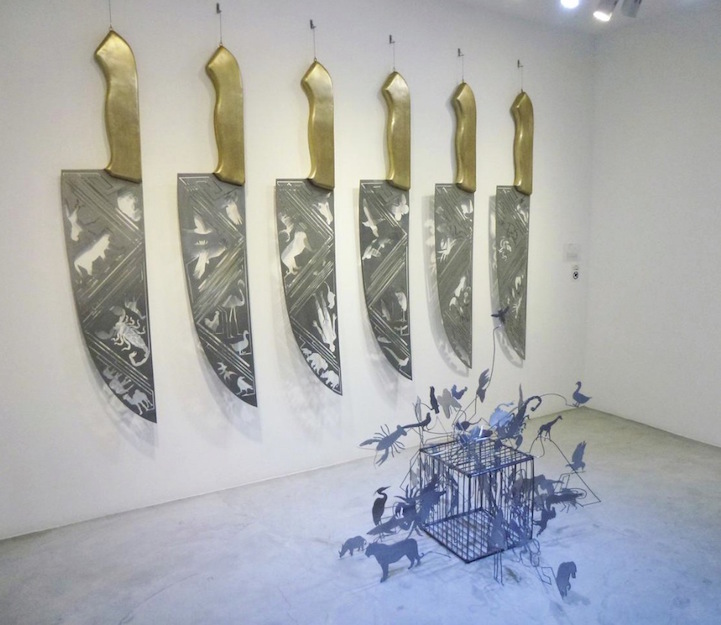