Ex-NASA engineer Mark Rober specializes in making science fun and exciting via his YouTube channel, which has over 2.5 million subscribers. And recently, after 25 attempts, he was able to transform sand into liquid, making for a unique dip in the hot tub for him and his nephews.

From floating rubber duckies to sinking in like quicksand, it's amazing to see how the sand goes from solid to liquid in seconds. And in between all the laughs and GIF-worthy moments, Rober packs the video with interesting information. Using a process called fluidized beds, he was able to transform the behavior of the solid, having it act as a liquid. It's a phenomenon that has industrial applications, but Rober wasn't able to find information to make the sand pool he was envisioning so he poured through industrial patents to get ideas.

So how does it work? By introducing the right amount of air into the bed, it begins to move just like a liquid. The minute the air stops, the sand solidifies. After noticing that industrial designs showed many small air holes, rather than one large inlet, he began tinkering with the correct number and spacing to make his dream a reality.  And after many failures, his liquid sand fantasy finally came to life. Watch the video to see exactly how Rober's liquid sand hot tub works and the fun he had surprising his nephews.

Ex-NASA engineer Mark Rober turns sand into liquid in an entertaining video that shows how fun science can be. 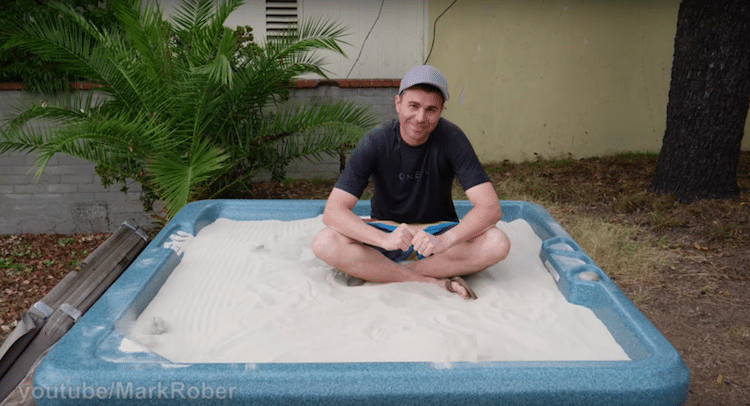 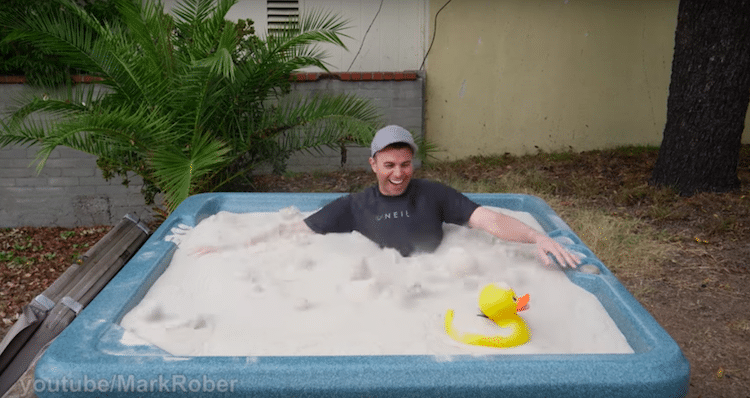 The liquid sand experiment—caused by a process known as fluidized bed—can be replicated using just a few simple tools. 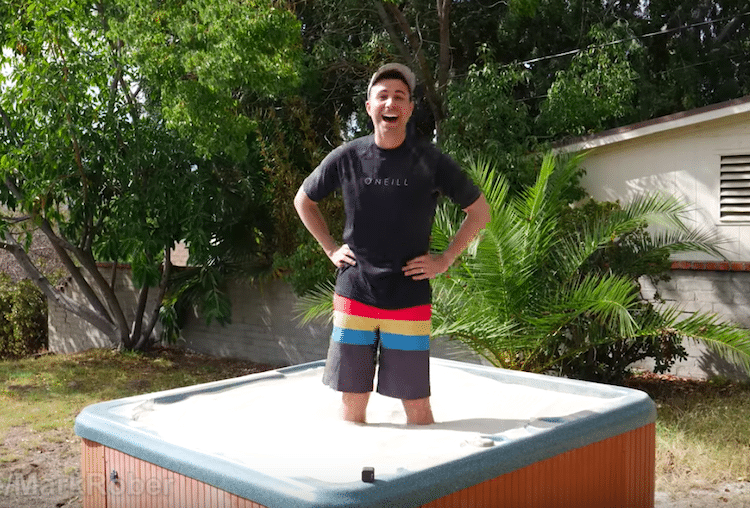 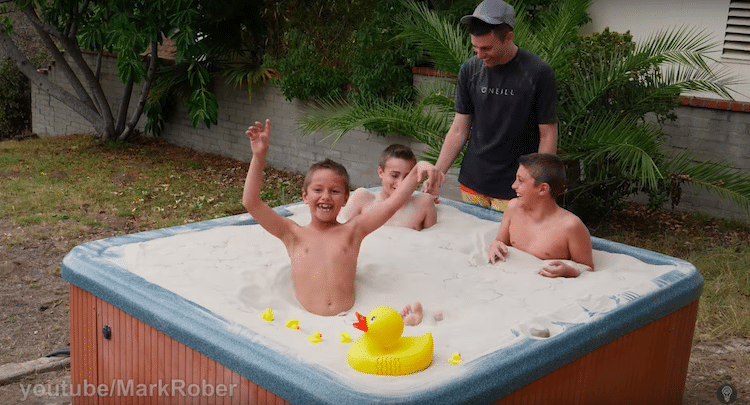 Ready to make your own sand hot tub?