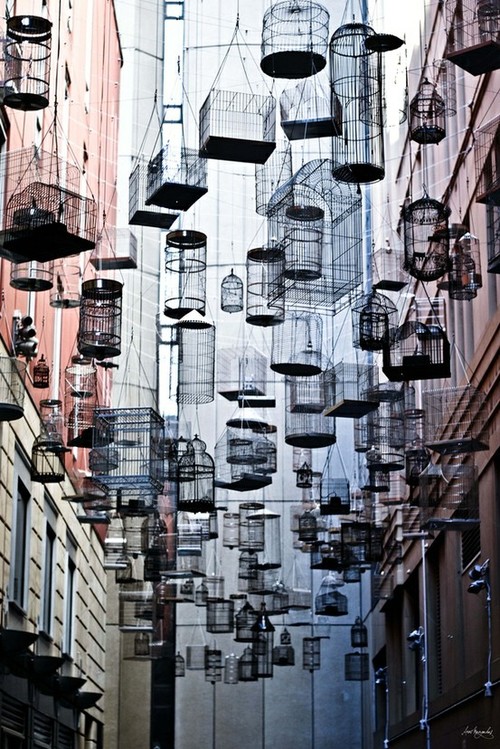 Step into a certain alleyway in Sydney's Angel Place and you'll find a whimsical installation that's meant to be both seen and heard. Back in 2009, artist Michael Thomas Hill created Forgotten Songs, an installation of 110 empty birdcages suspended high in the air that play the songs of fifty birds that once lived in central Sydney before the colonization and urbanization of the area. The sounds of the calls change from day to night with daytime birds' songs disappearing with the sun and nocturnal birds, which inhabited the area, sounding late into the evening.

Though first commissioned as part of the City's 2009 temporary laneway art program, the artwork proved to be so popular that visitors and city dwellers requested for it to remain as a permanent public installation. The public outcry led to 180 new rustproof cages to be re-installed with 10 speakers that play the sweet songs of 50 bird species. As a nice touch, the names of the birds that once populated the area are engraved on the paved stones beneath the cages.

Visitor Kate Andrews recently left this note about her first-hand experience of Forgotten Songs on the website Findery, “It was magical to stand in the alleyway and listen to the birdsong echoing off the walls.” 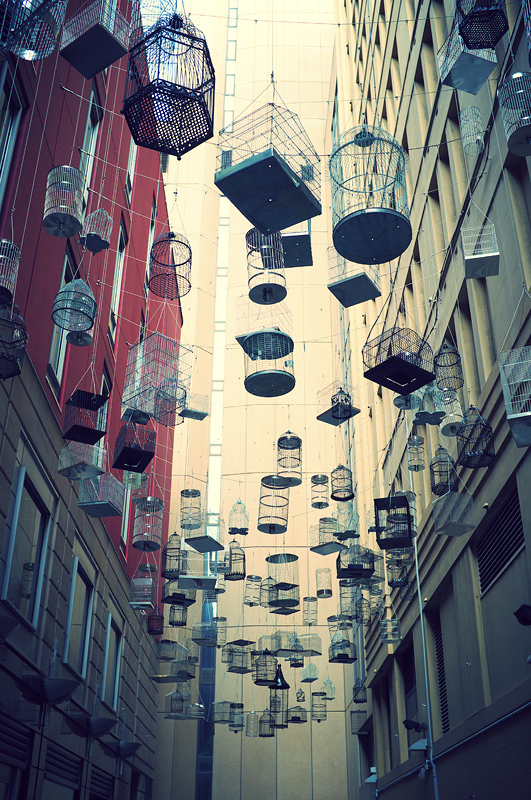 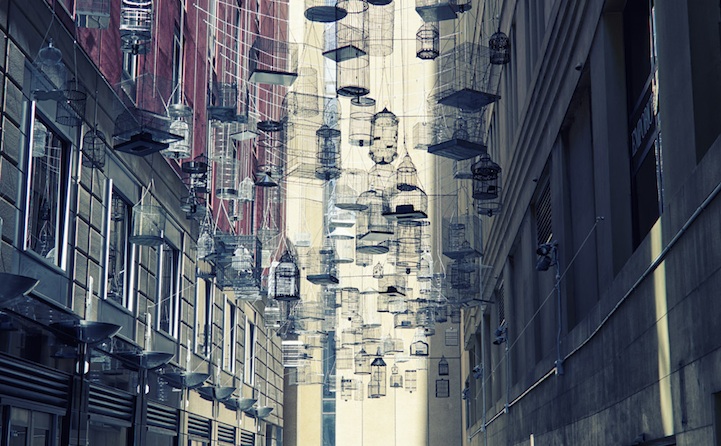 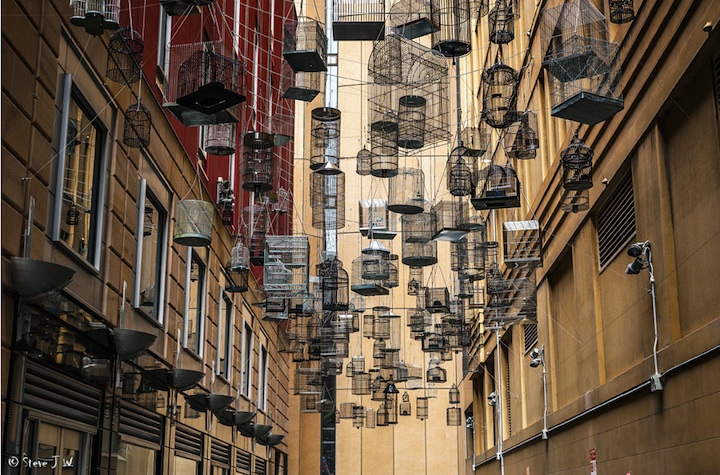 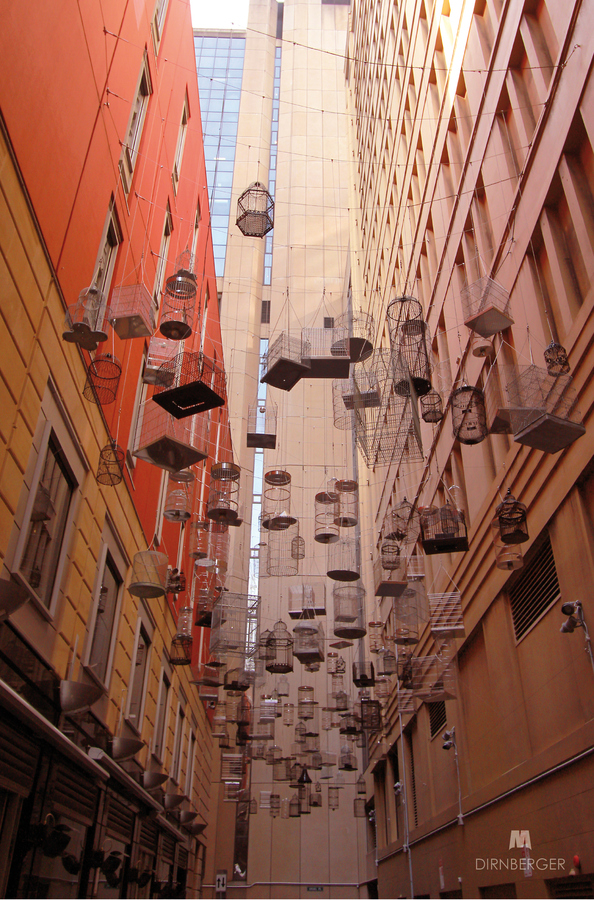 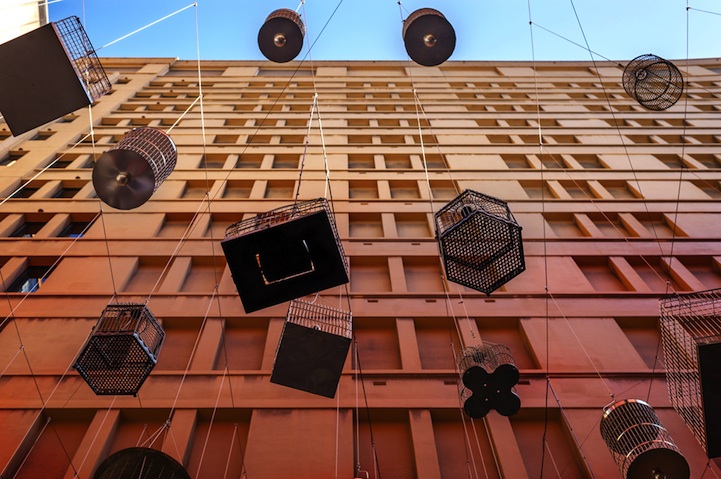 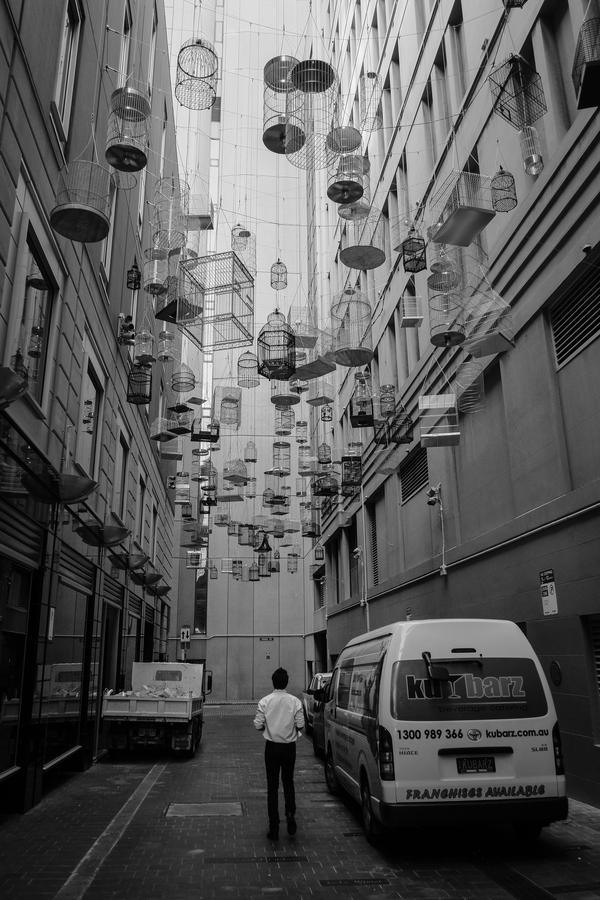 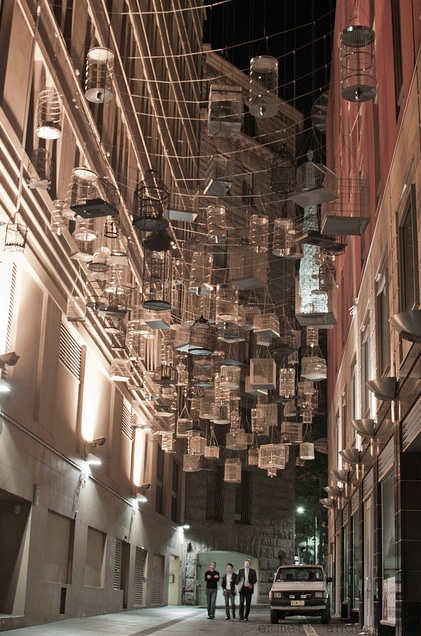