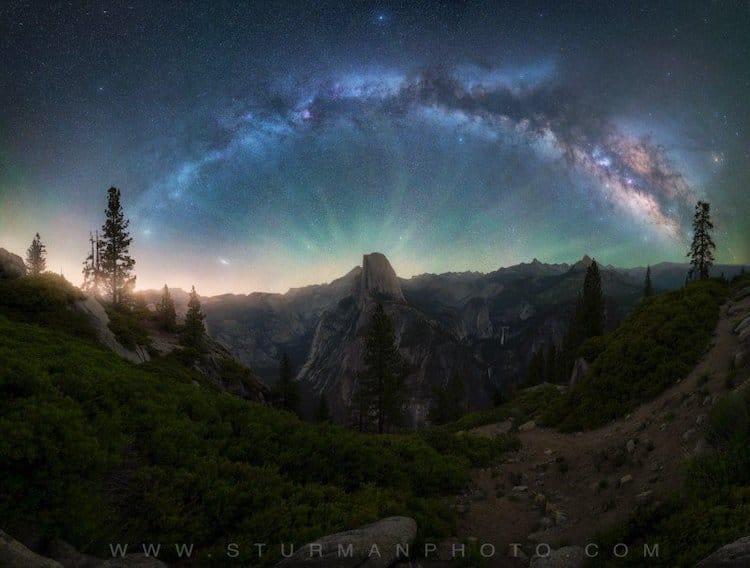 Photographer and digital artist Derek Sturman takes us behind the scenes of his June 2018 adventure to Yosemite, where he spent 9 days on-site in order to put together the image of his dreams. Through trials and tribulations, he was able to succeed, coming home with the images that would help him create Galactic, a mesmerizing photograph of the Milky Way over Yosemite.

So often we look at pictures and meditate on the results without fully understanding all the work that goes into its creation. But Sturman willingly opens himself up, sharing the good, the bad, and the ugly of what it took to take an image he'd be thinking about for 2 years. Inspired by a panorama at Yosemite that he'd photographed in 2016, Sturman set about researching how to capture the same view at night with the Milky Way shining bright overhead.

As anyone familiar with astrophotography knows, careful planning is key. Getting the perfect image would require Sturman to take long exposure photographs of the foreground under starlight, and then separately track the stars. The final work would be a perfectly blended composite of all these elements, which is easier said than done.

To accomplish the task, Sturman used his Nikon D850, which allowed him to produce a final 350-megapixel panorama. He would need to set his camera up vertically on a tripod and shoot five vertical images at 15 mm to fit the entire scene he was after. And, of course, a remote shutter was critical in order to take long lexposure photographs without disturbing the setup. 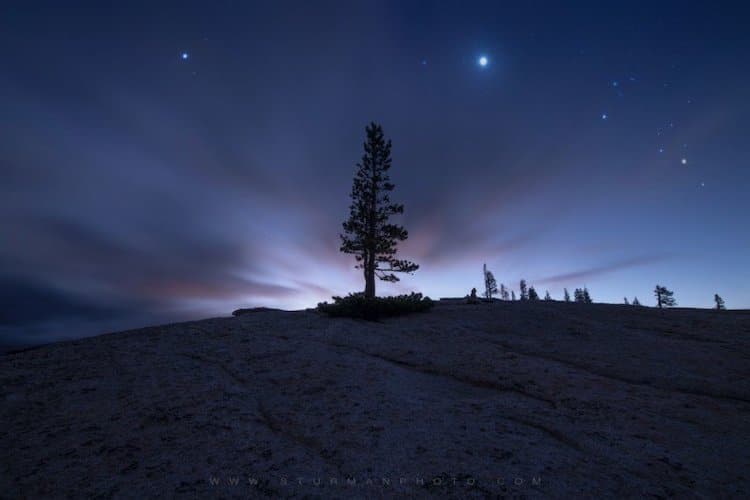 After carefully timing his trip to coincide with the proper moon conditions, he set off for the 1,000-mile voyage to Yosemite. “Now if you are familiar with any of the stories of how I captured any of my previous images you will know that coming prepared has never been one of my strengths,” Sturman admitted. “However for a trip 1,000 miles from home, camping out in the desert alone, I made sure to create a rigorous checklist of things I would need.”

As he was halfway to Yosemite—500 miles from home—he discovered a critical mistake. He'd left a pack containing four shutter remotes and AAA batteries back at home. What to do? Turning back wasn't an option, so undeterred, he rummaged through his supplies.

“I did happen to have a cool little device my father (being an avid programmer and electronic project enthusiast) had made using an Arduino programmed to do various exposure types. Luckily for me, this device connected to any 1/8″ audio jack and I happened to have a spare cord for that. Also fortunate for me, the device had a bulb option.” 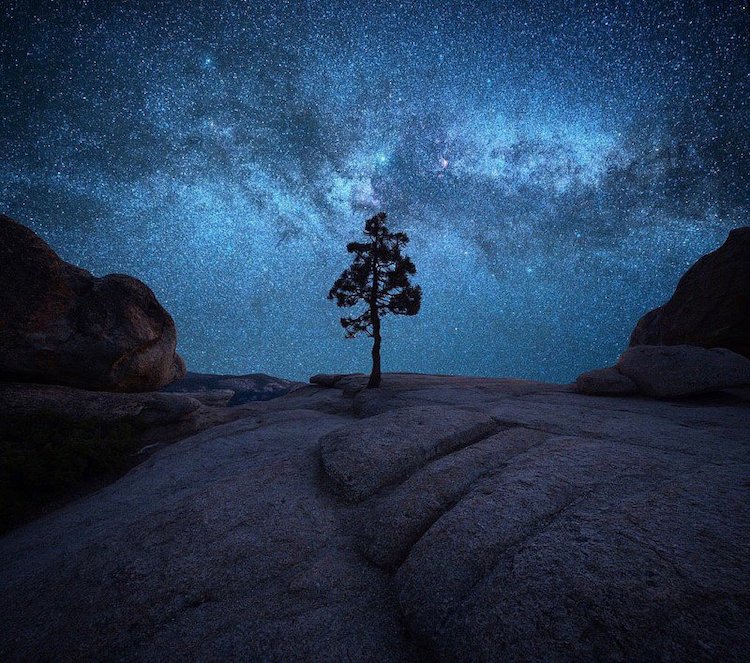 Though it wasn't perfect—since it wasn't remote—it was a lucky save for the photographer. Unfortunately, this wasn't the last mishap that would test his patience and passion for photography. After entering Yosemite and being greeted by the sweltering summer heat, Sturman spent several days scouting new locations and enjoying some spectacular night shoots. The final two days of the trip were reserved for the Milky Way panorama, a sort of treat for sticking it out until the end. Again, this was no easy feat, as Sturman broke out with a full body rash during his first evening in the campgrounds.

Determined see things through, Sturman soldiered on. As the day came to start on the panorama, he made his way to Glacier Point six hours early in order to get a parking spot at the popular destination. Luck wasn't on his side here, as he ended up circling for two hours until he was able to find parking. In his rush to get his gear and not miss the sunset, the unthinkable happened—he locked his keys in the car.

After several attempts to pry open a window—resulting in shattered glass all over himself and the interior—Sturman was able to get back into the car, but missed the sunset. Still, what would have discouraged most photographers only made him more determined to get what he was after. 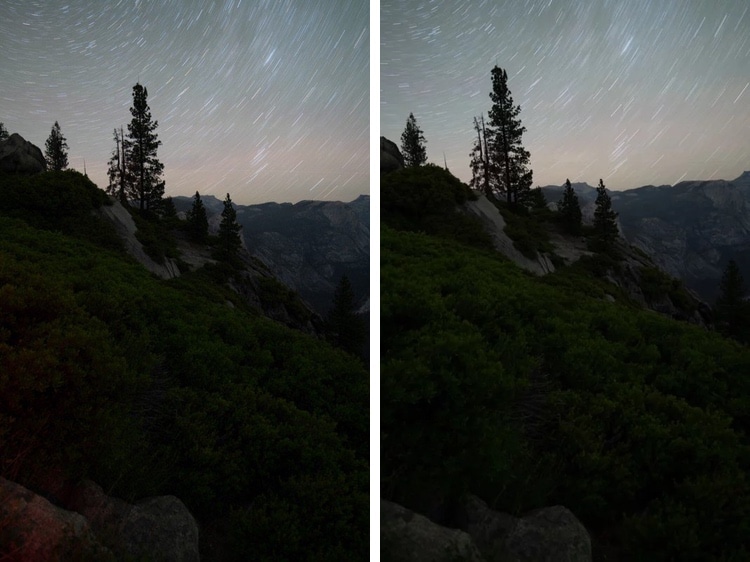 He made his way to his designated spot and started with his foreground shots, only to realize that the device he was using to trigger the shutter required him to keep his finger on the button until the entire exposure was done.

“I'm not going to lie, it's fortunate that only my good friend the Milky Way was there to hear what I said next…. Interestingly enough, yelling to a large beautiful vista is actually quite therapeutic. However, I was quickly distracted by the beauty of the Milky Way rising over the Yosemite Valley.” 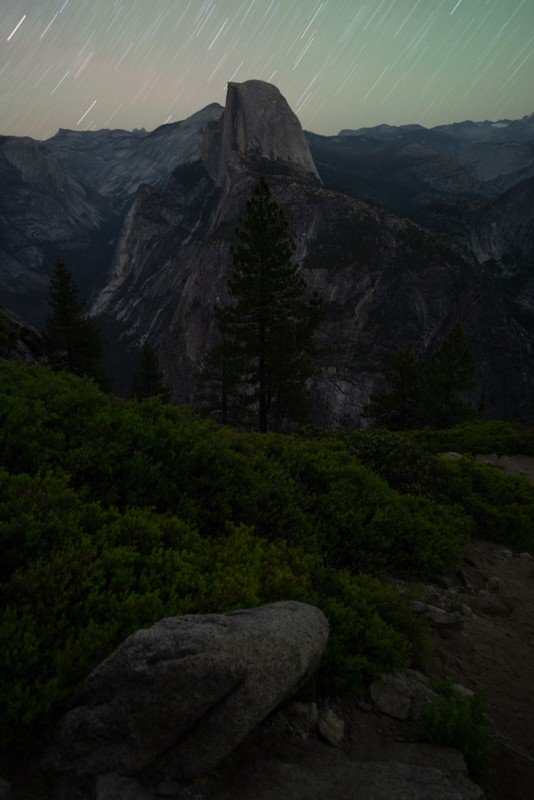 Now, the technical photography began. After a quick test shot, he used Photopills exposure calculator to determine what would give him the best image without losing too much time taking each one. In the end, he settled on 13 minutes per frame, which would give his thumb quite a workout as he'd be holding the shutter release down the entire time. After a few misfires—not realizing the remote was giving off a red light and slightly bumping the tripod—he was on his way.

After taking his five vertical images and checking them for clarity, he was ready to move on to the next element—the sky. Sturman found the perfect location with clear skies and set up a tracker to capture the panorama. This went smoothly, and after a few shots, Sturman was able to pack up and take the long journey home to begin post-production. 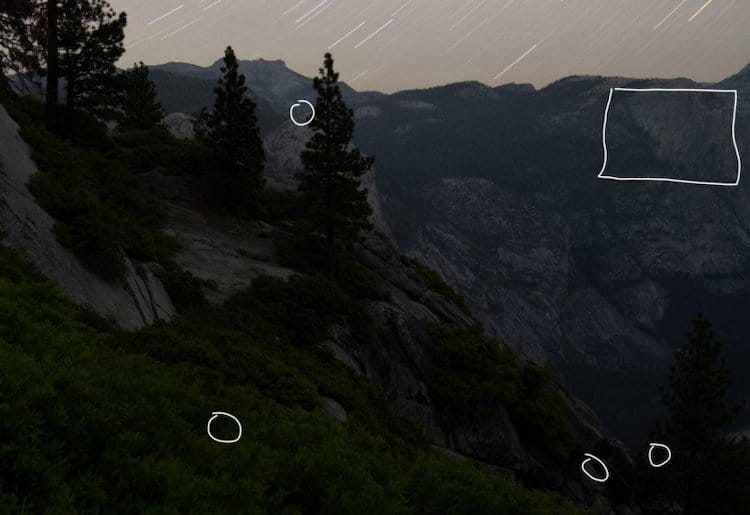 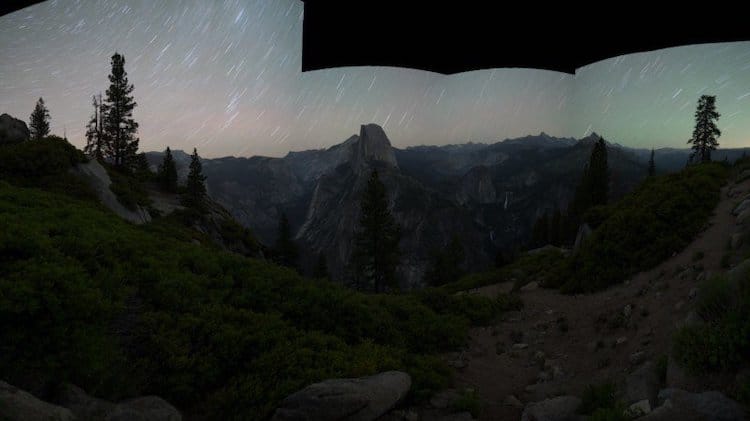 The breathtaking final image speaks for itself. And while most viewers will never know the hard work—and itchy skin—that went into making it, Sturman's enlightening—and amusing—story is an eye-opening look at the lengths passionate photographers will go to in order to execute their vision.

Read more about Sturman's experience and learn more about his post-production techniques through his tutorials. 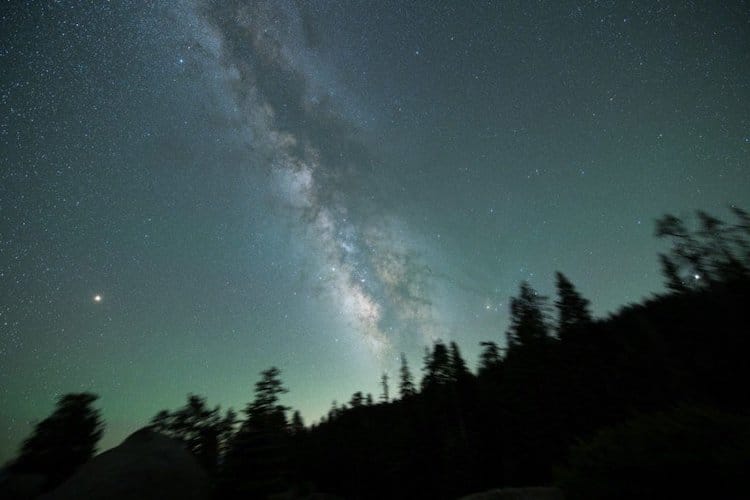 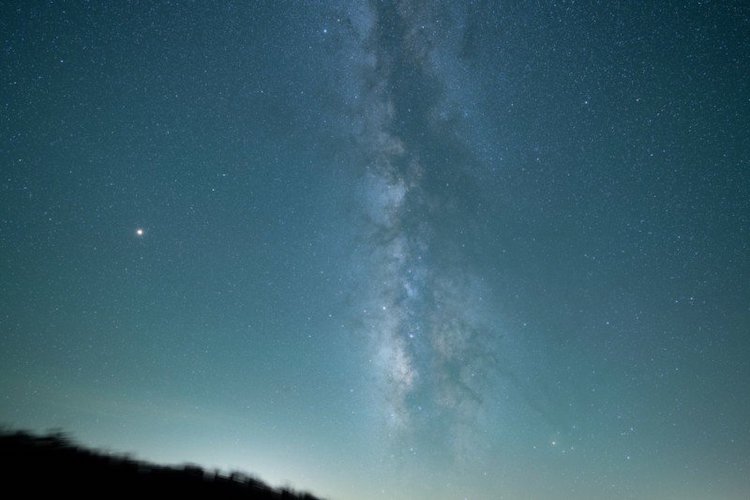 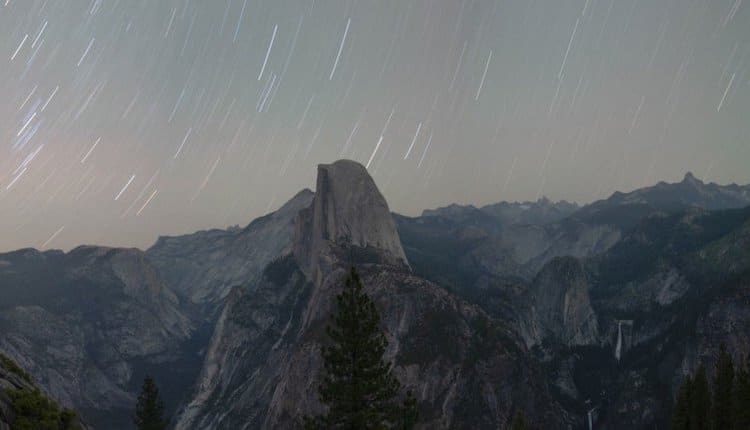 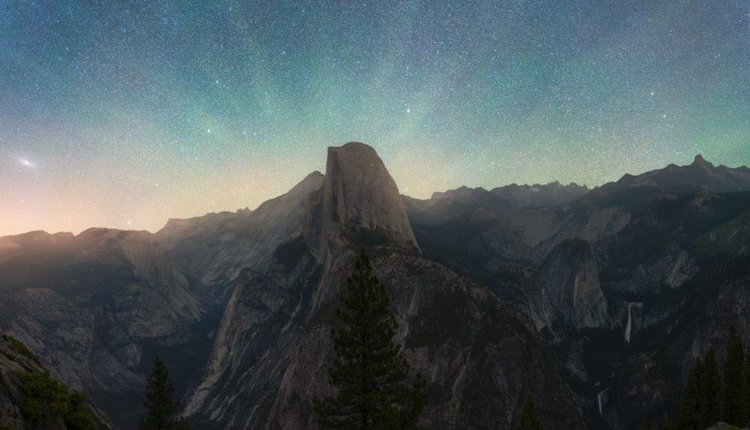 My Modern Met granted permission to use photos by Derek Sturman.