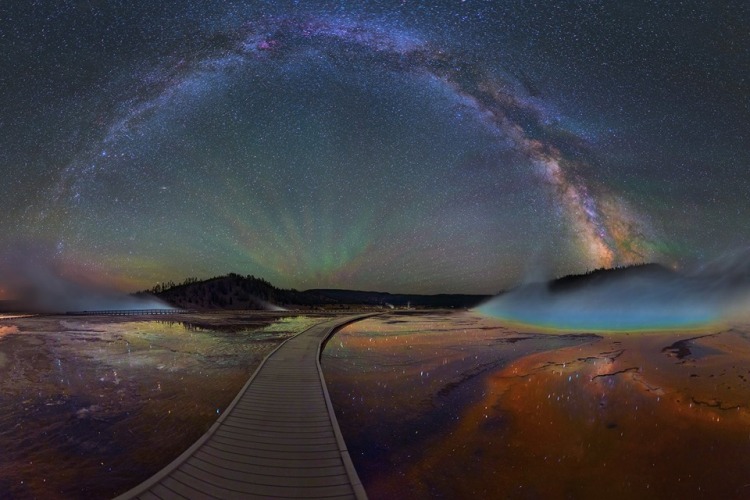 Astrophotographer David Lane has captured Yellowstone National Park's night sky in photos that will take your breath away. Right after a storm had passed through the Abyss Pool area, the artist reached for his camera and captured the incredible, Milky Way-filled sight before him. Even though it was nighttime when the snapshots were taken, it doesn't seem that way because of the magical light emissions in the sky. This phenomenon is known as airglow and it prevents the night sky from being completely dark.

So that the images would match the natural colors that can be seen at Yellowstone during the day, Lane spent an additional four months working on color-correction. He also emphasized the airglow saturation by 10%, which is unusual for him because he normally downplays it by 10%. Based on the downright captivating final products, it seems that all this hard work was worth it.

The astrophotographer even has some advice for those who want to follow suit. “Get away from the light, drive out 20-30 miles out of town, and look up on a clear dark night,” Lane wrote on Facebook. “You may see something that will forever change your life. This is what a galaxy looks like from the inside.” 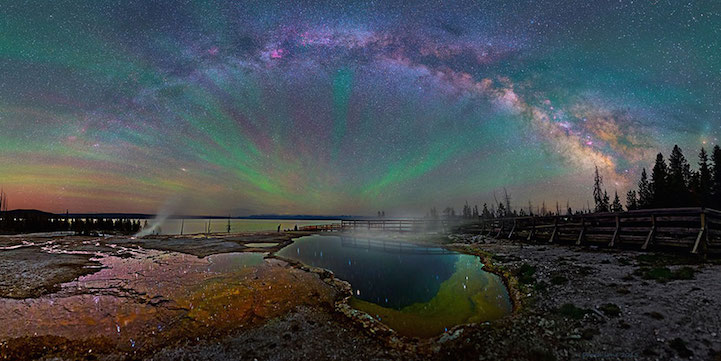 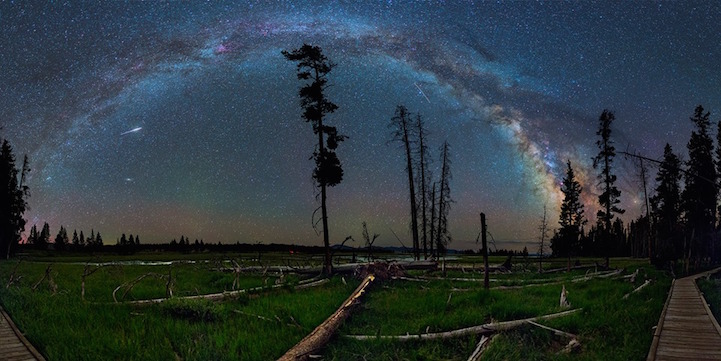 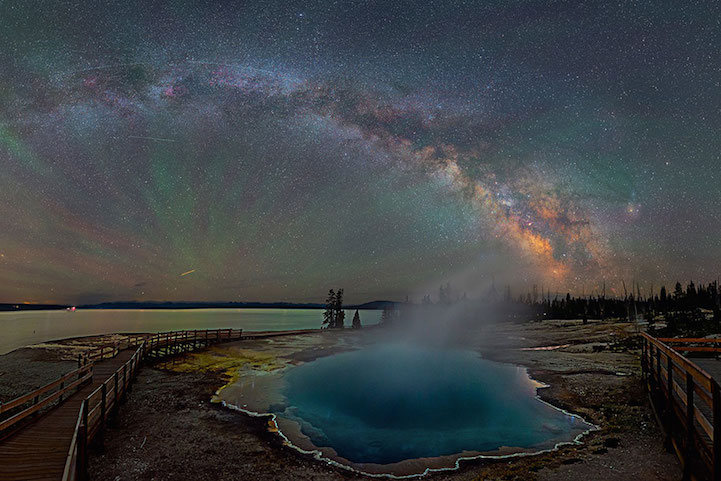 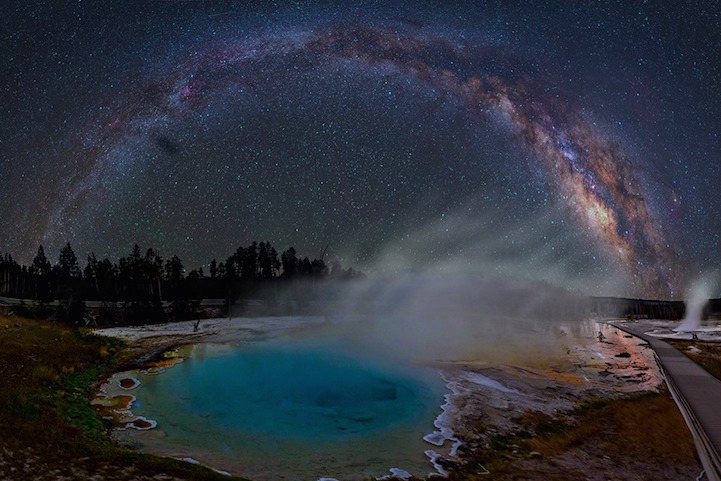