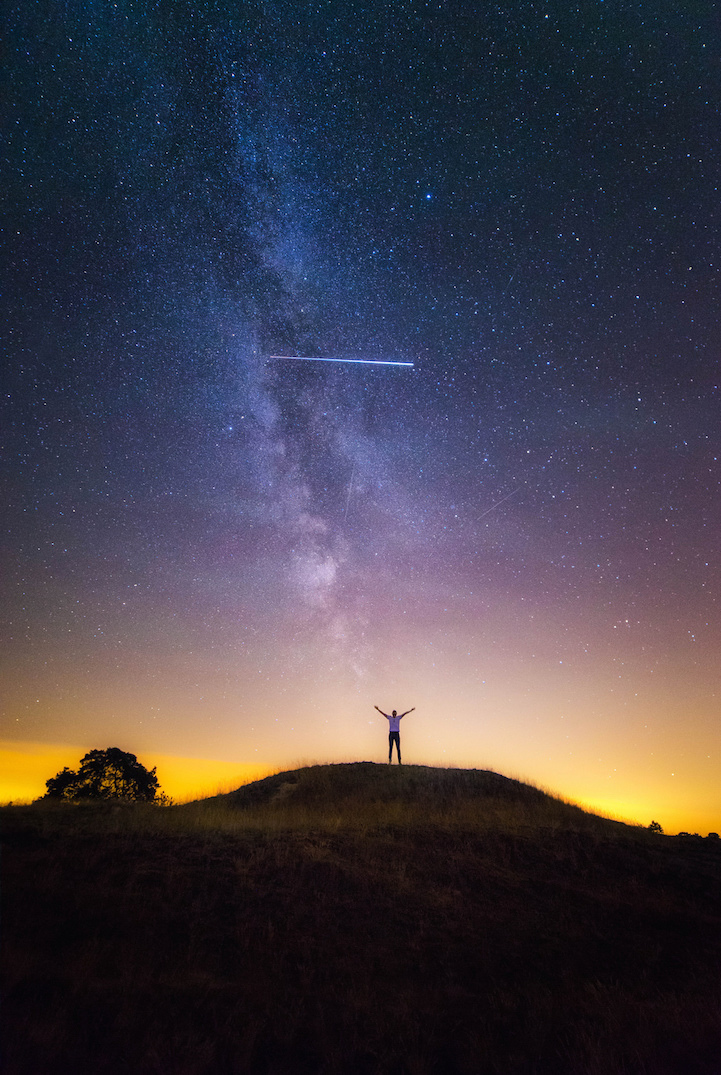 This past weekend, a Perseid meteor shower was predicted on a very clear night in the Netherlands, a combination that Albert Dros knew was rare. Not wanting to miss this photographic opportunity, he ventured out with his Sony A7II camera and a friend. What he got was a series of incredible shots of the Milky Way along with a fantastic surprise.

To capture the night sky, the photographer drove to a place called Kootwijkerzand in the Dutch Veluwe. It offered a bright, unobstructed view, and Dros could see the Milky Way with his naked eye. He and his friend found a nice hill to use as a “stage” and take pictures.

While shooting a photo of his friend, Dros noticed “some kind of star slowly moving and disappearing.” He knew it wasn't an airplane, as they don't just vanish into thin air. “It made a beautiful strike on my image though,” Dros wrote on PetaPixel, “along with some faint strikes from shooting stars from the Perseid shower.”

After returning home, Dros was excited to process the unusual photograph. He was still unsure of what that strike was, though, so he asked around on Facebook and local astronomy forums. Dros was told that he captured a sighting of the International Space Station (ISS). To confirm this, he checked the timestamp in his photo's EXIF data and the position of the ISS at that time–they matched up! “That means I managed to make a self-portrait with the Milk Way, the Perseid shower AND the ISS all in a capture of only 20 seconds,” Dros explained. He was undoubtedly in the right place at the right time and has the gorgeous photo to prove it. Check out some of his other shots from that magical night, below. 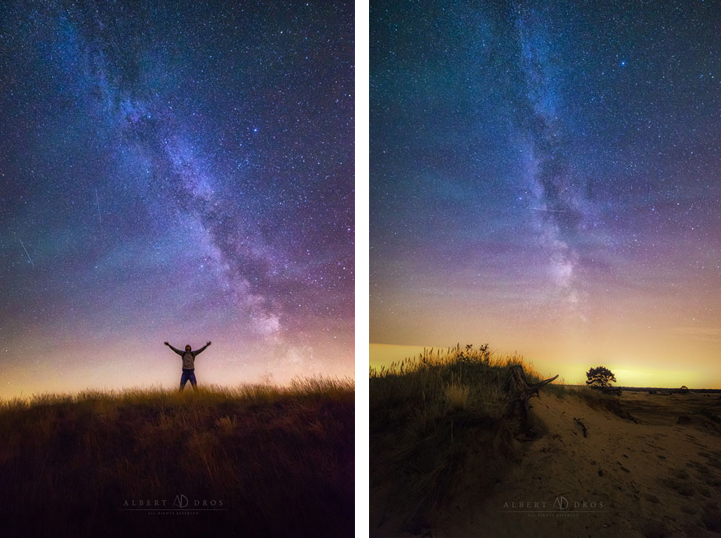 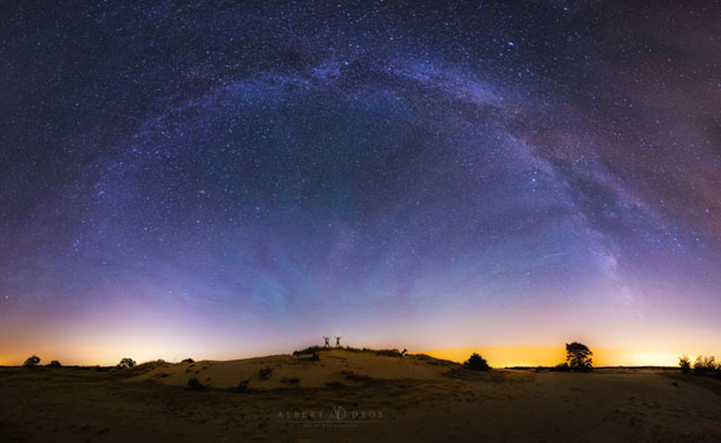