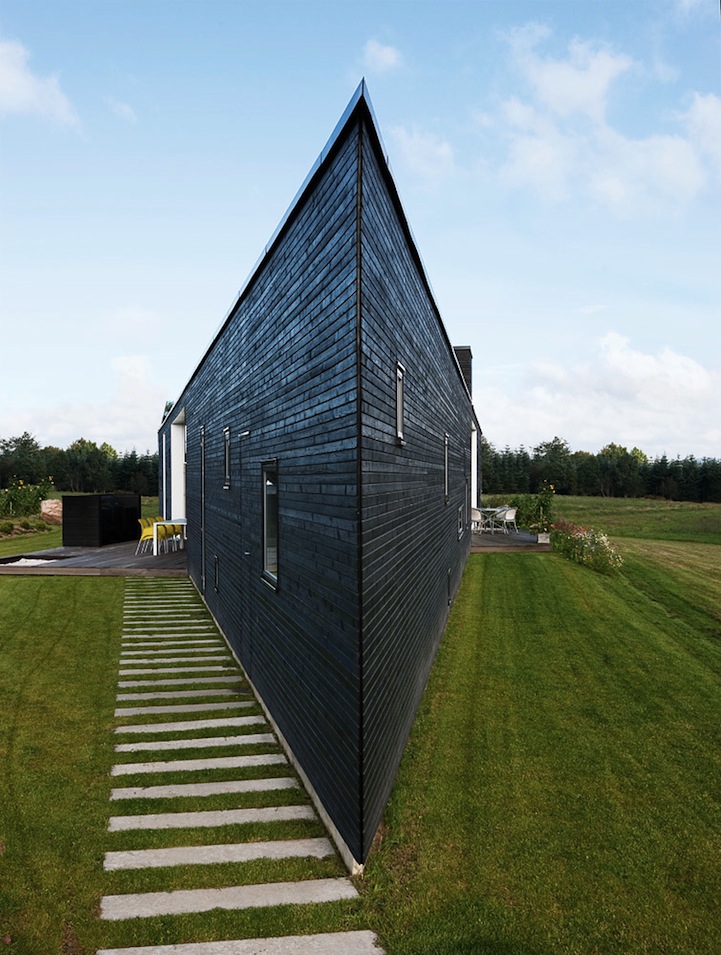 Rikke Jespersen and Kim Thomsen asked architect Jrn Johansen to create a modern home that did not resemble any others in the area. Johansen conceptualized five plans before coming up with this triangular shaped house that the couple were happy with.

“People come and photograph our house at all hours of the day, and of course, it's great that others like the house which we ourselves have helped create,” says Thomas.

Located in Skanderborg, Denmark, the triangular house is built with spruce wood, which protects against fungus. Inside, there are three separate areas: the kid's zone, equipped with a playroom, a kitchen-dining room with a fireplace, and the parents bedroom.

The absolute hardest thing to accomplish was to meet the couple's desire for two covered terraces – one to get sun in the morning, the other in the afternoon. The trick was to make triangular notches in both the east and west facade.

What's the best thing about living in a triangular home? “Now we can stand in our kitchen (aka command center) and keep an eye on our small children, whether they are on either side of the house,” says Jespersen. 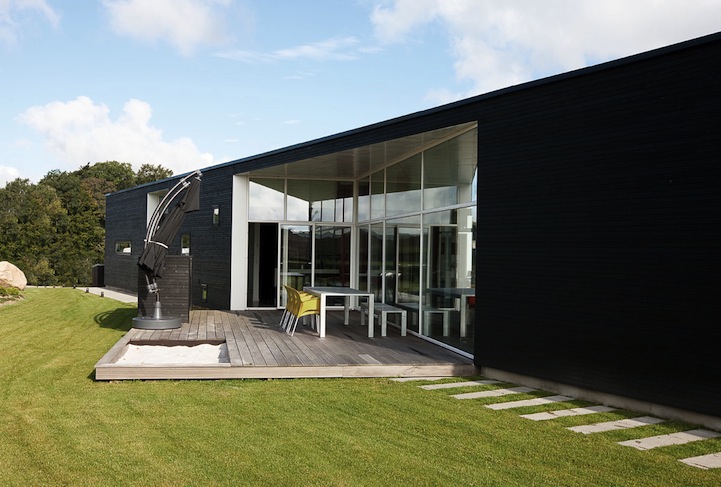 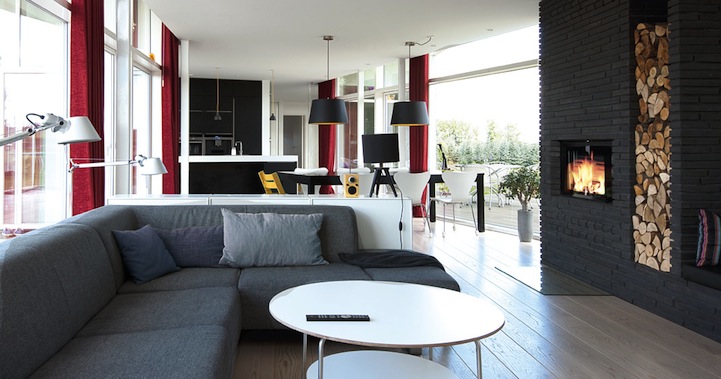 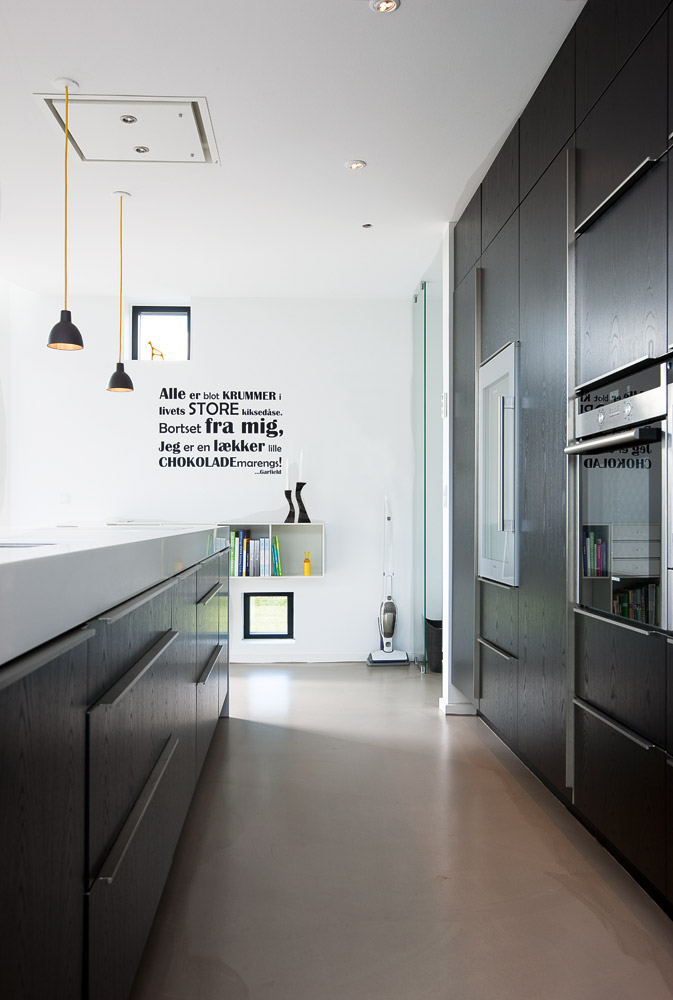 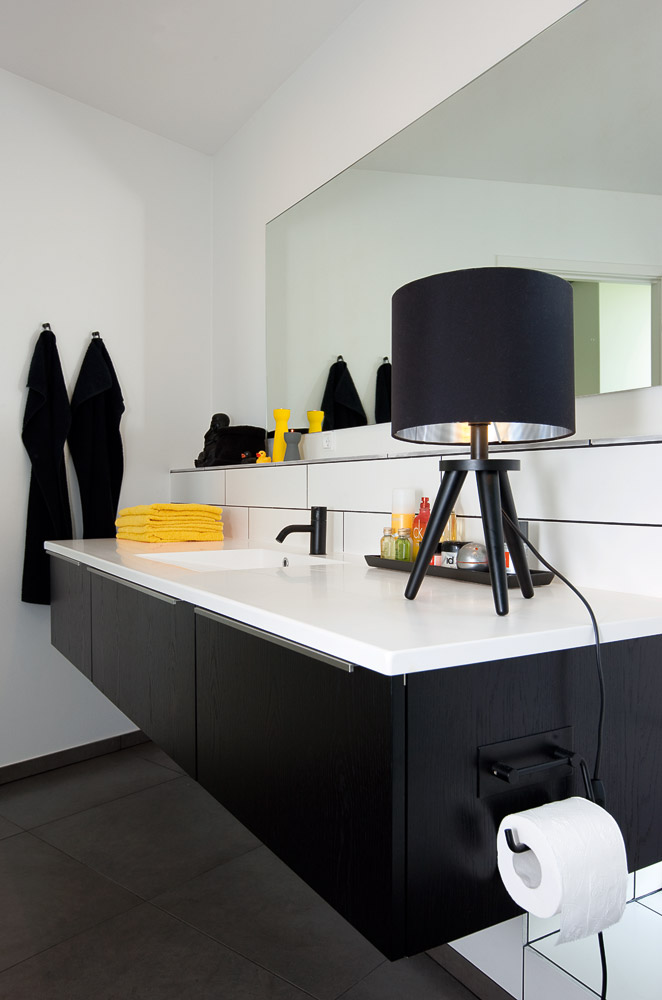 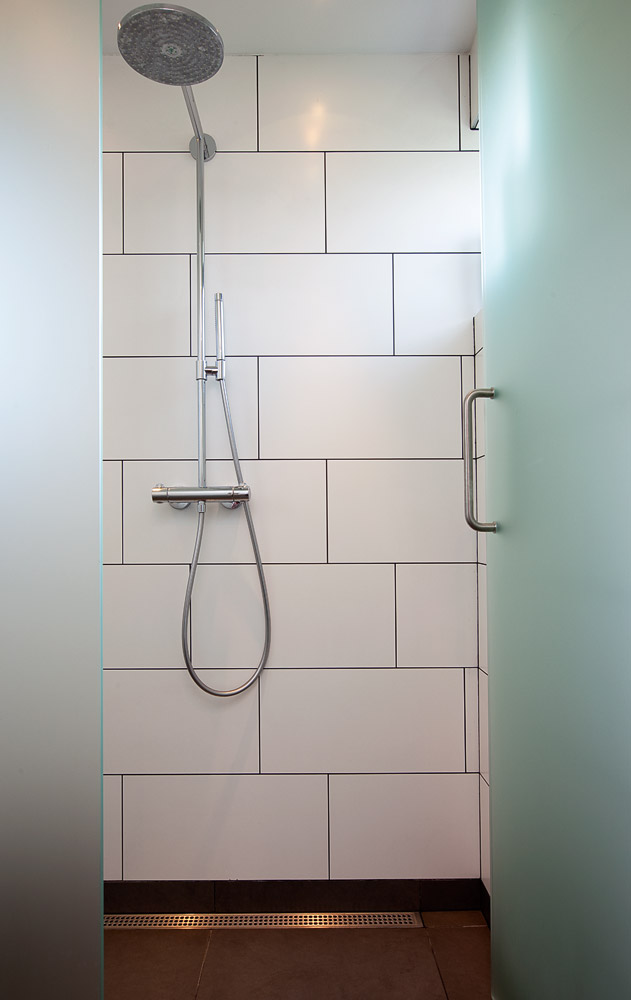 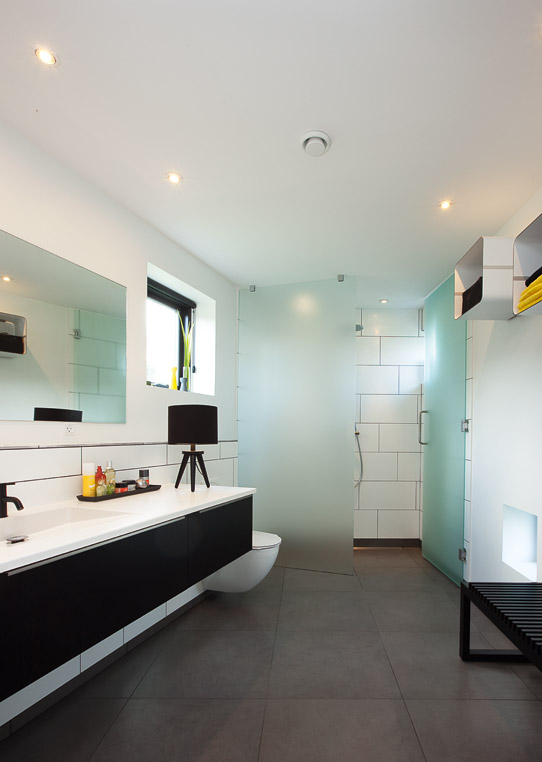