For the past several years, Nicky Bay has carefully observed the dazzlingly odd-looking arthropod known as the “mirror spider” (scientifically: “Thwaitesia argentiopunctata”). The Singapore-based photographer has concentrated his macro lens on this small creature whose midsection is cloaked in silvery, mosaic-like panels that reflect light. From certain angles, it looks like it’s wearing fabulous, tiny sequins.

Thanks to Bay’s continued documentation, he has noticed that their appearance changes depending on the environmental circumstances. “The ‘silver-plates’ on the abdomen seem to shrink when the spider is agitated (or perhaps threatened),” he writes, “revealing the actual abdomen.” Under normal conditions, however, these same panels expand and become “an almost uniform reflective surface.”

Bay continues to update the blog post about mirror spiders that he began in 2013. In addition to this insect, he also captures a myriad of other fascinating bugs that he shares via Flickr. 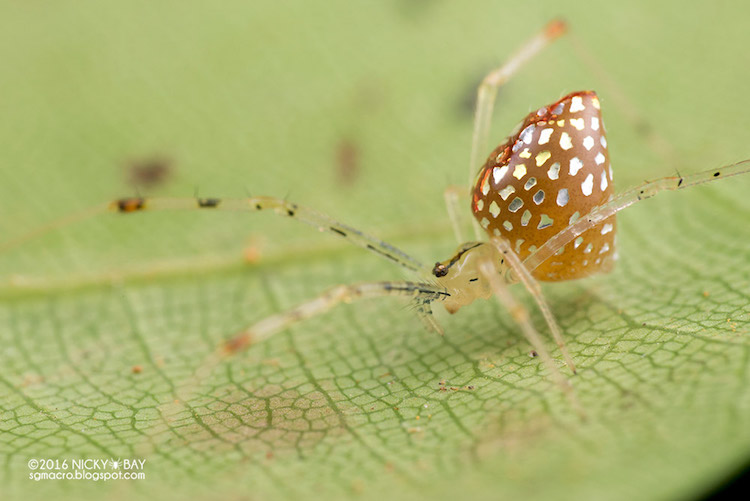 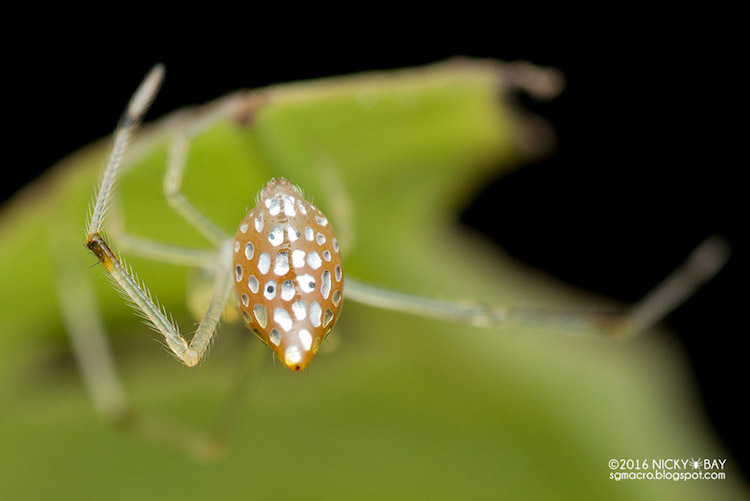 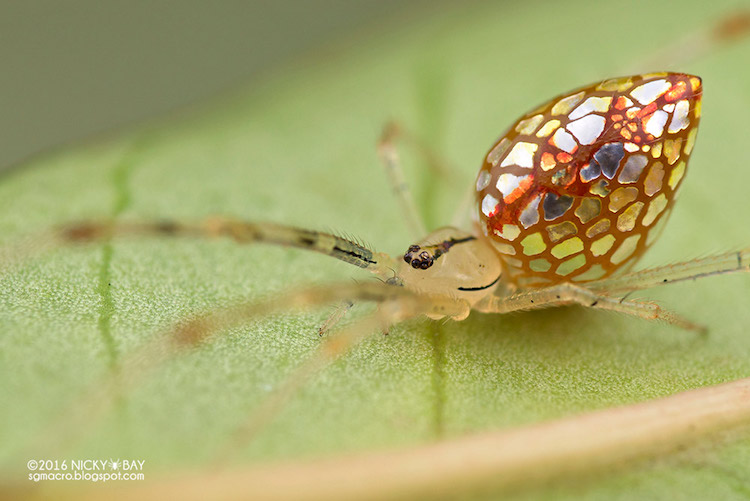 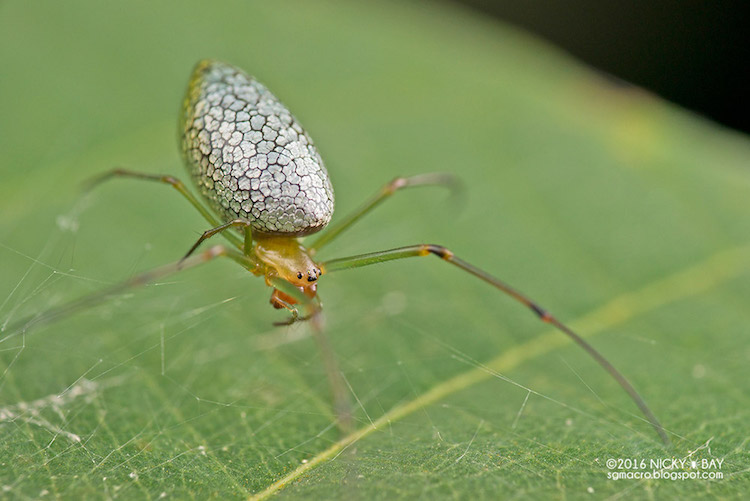 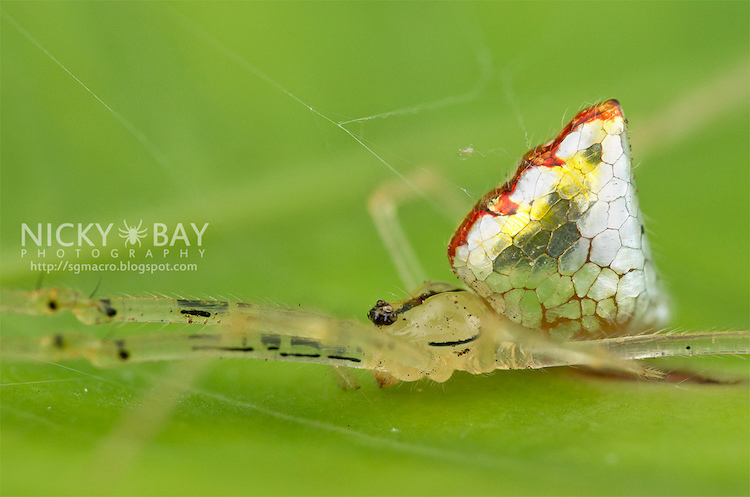 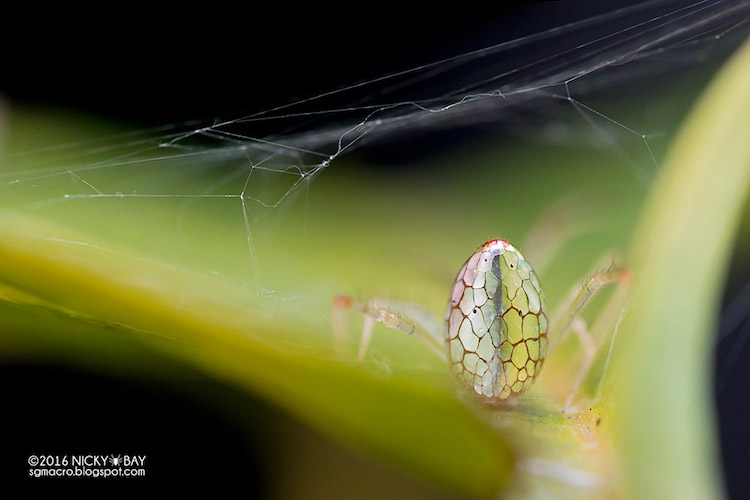 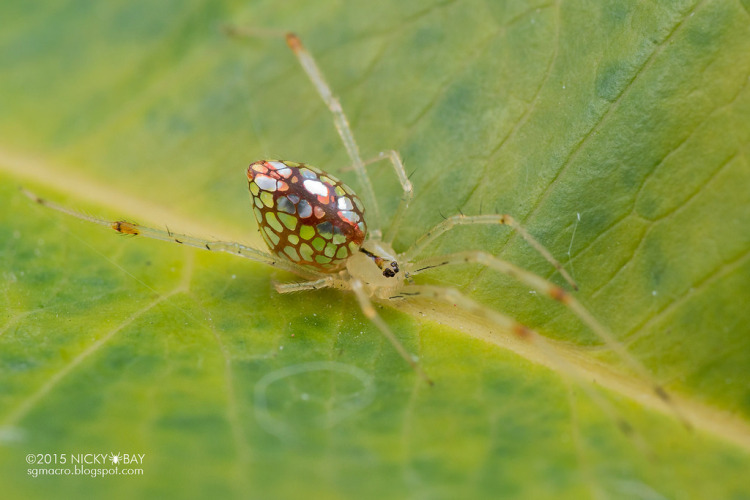 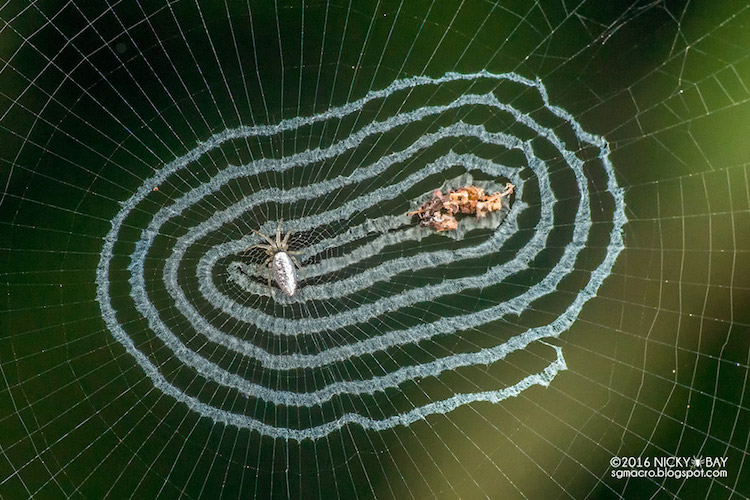 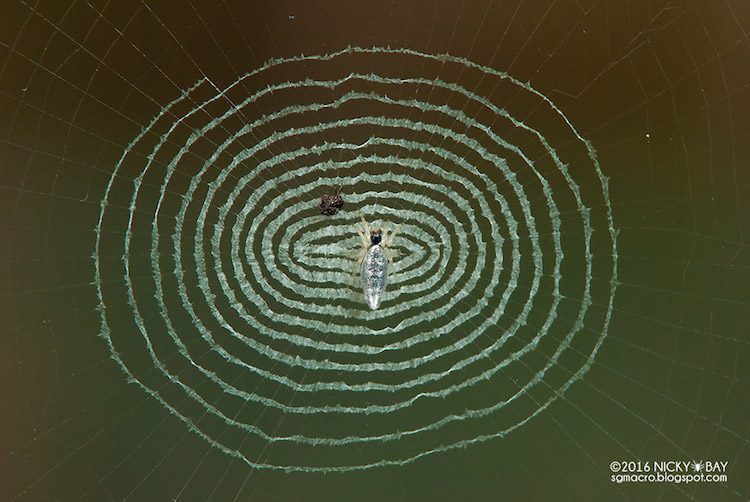