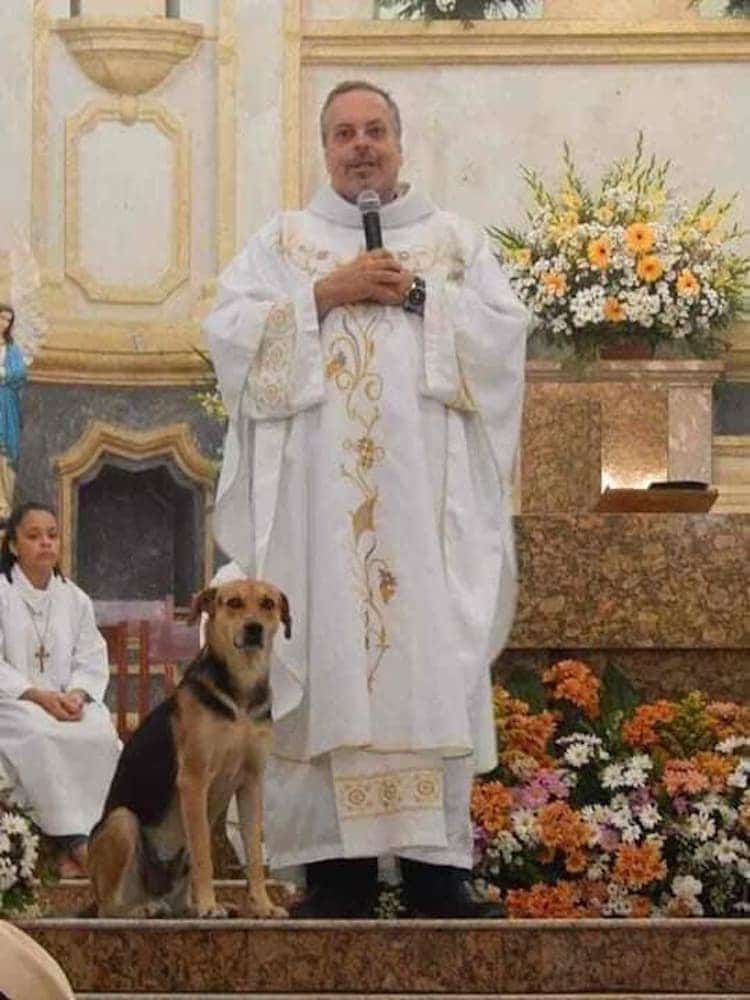 The Paróquia de Sant’Ana Gravatá in Gravatá, Brazil is an unlikely place for animal adoption. But every Sunday, the church welcomes not only its parishioners but stray dogs, too. Father João Paulo Araujo Gomes is at the helm of this heartwarming act; he invites pups from off the streets to be part of weekend Mass in hopes that attendees will want to take them home.

Gomes' commitment to these forgotten dogs goes beyond weekly Mass. He acts as a foster to the stray canines and houses them in his rectory prior to Sunday. (It should come as no surprise that a few of the dogs have found their forever homes with him.) For pups that need medical assistance, Gomes has helped to nurse the ill animals back to health. The priest isn't alone in these efforts, however, and with the help of volunteers, they have installed feeders outside of the church to ensure that all dogs have access to fresh food and water.

When Sunday comes, the pups are incorporated into Gomes' sermons and sometimes stand with him as he speaks. Other times, they are napping in the aisles or enjoying a nice pat on the head. But they don't need to wait until Mass to see how welcoming the church is to them.  “They will always be able to enter, sleep, eat, drink their water and find shelter and protection, for this house is of God and they are of God,” Gomes wrote on Facebook. “If I'm the greatest sinner I can enter— imagine these four-legged angels. Nobody touches my protected.”

The Paróquia de Sant’Ana Gravatá in Gravatá, Brazil opens its doors to stray dogs in the area. 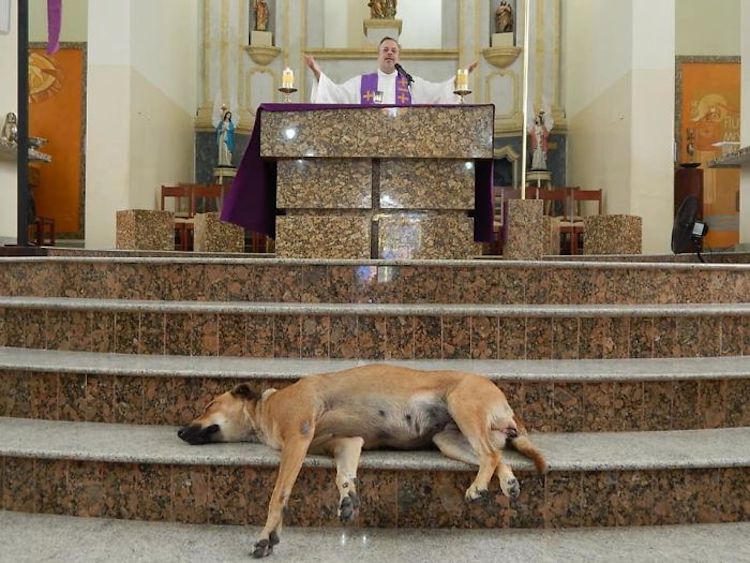 Spearheaded by Father João Paulo Araujo Gomes, he invites the pups to be part of his sermon in hopes that the parishioners will want to adopt them. 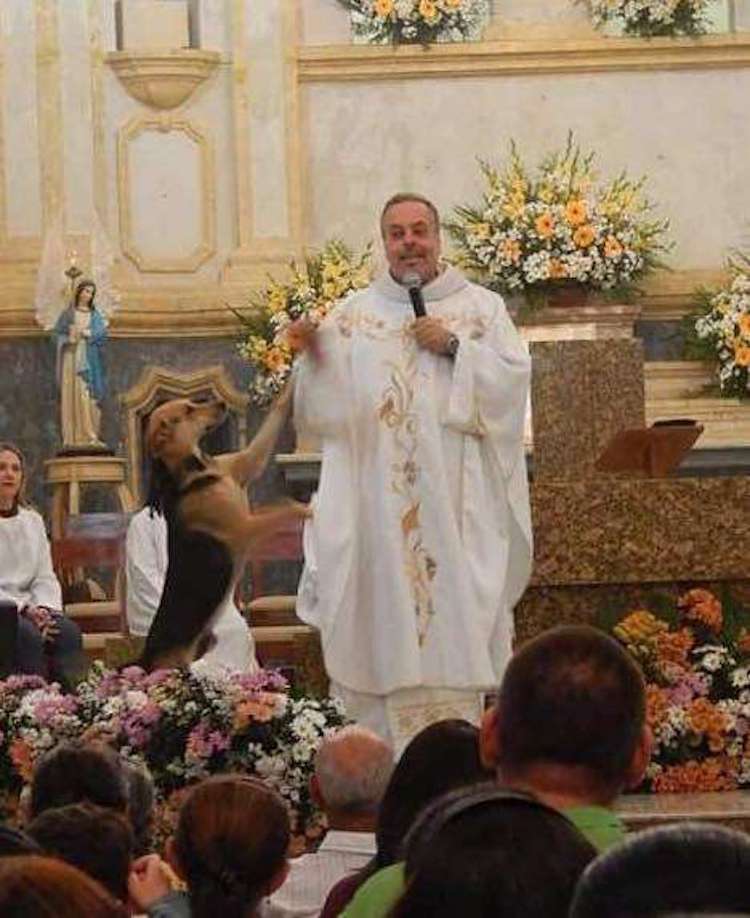 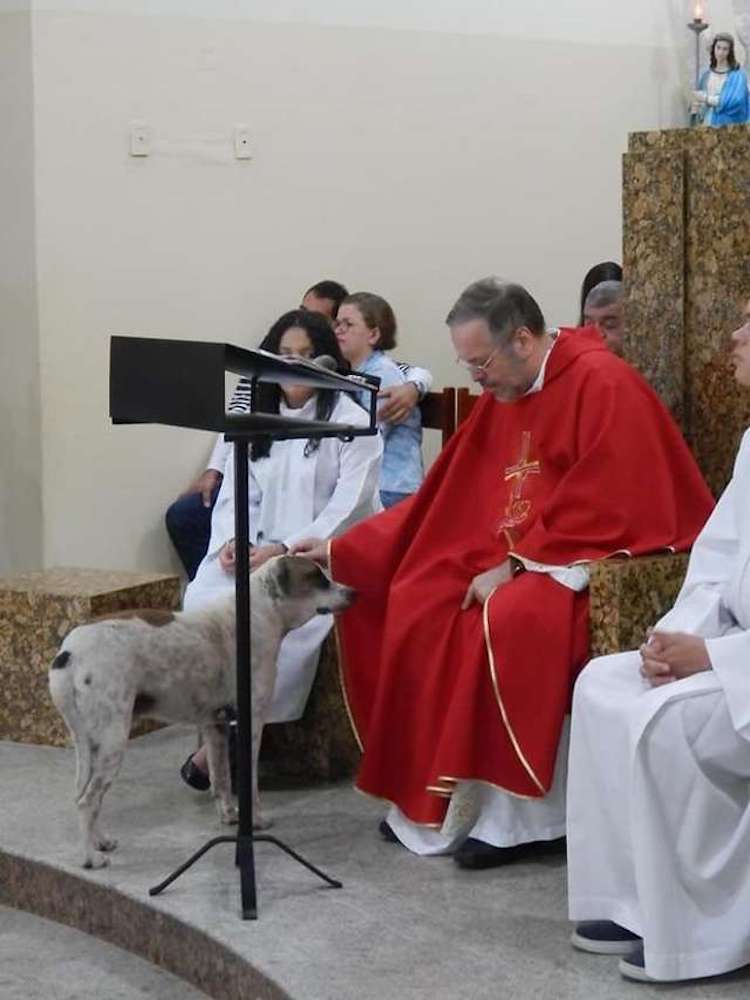 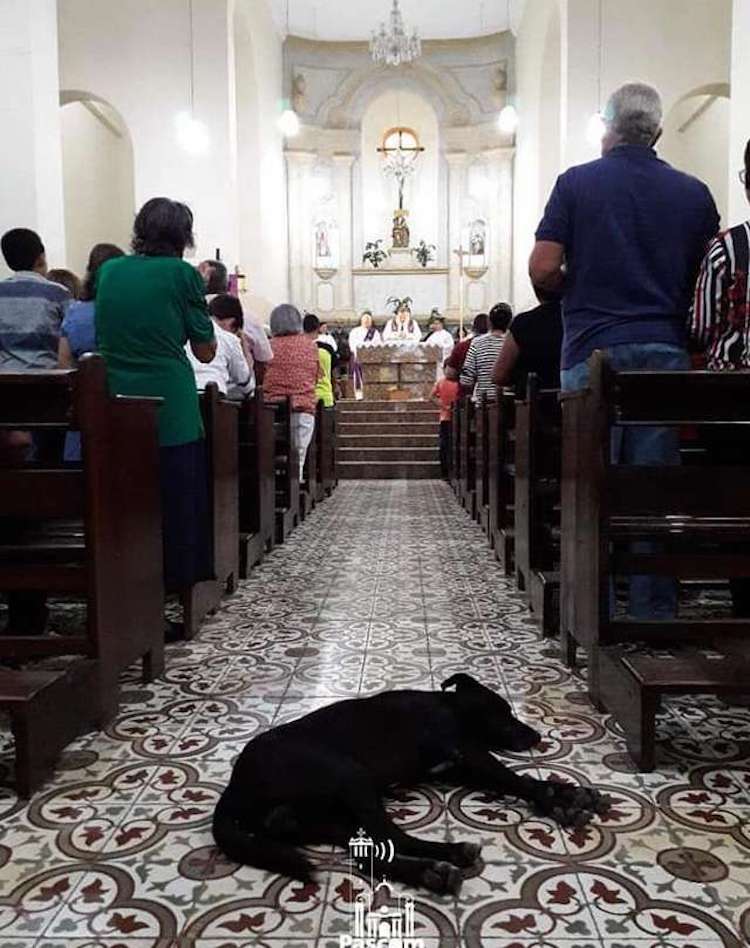 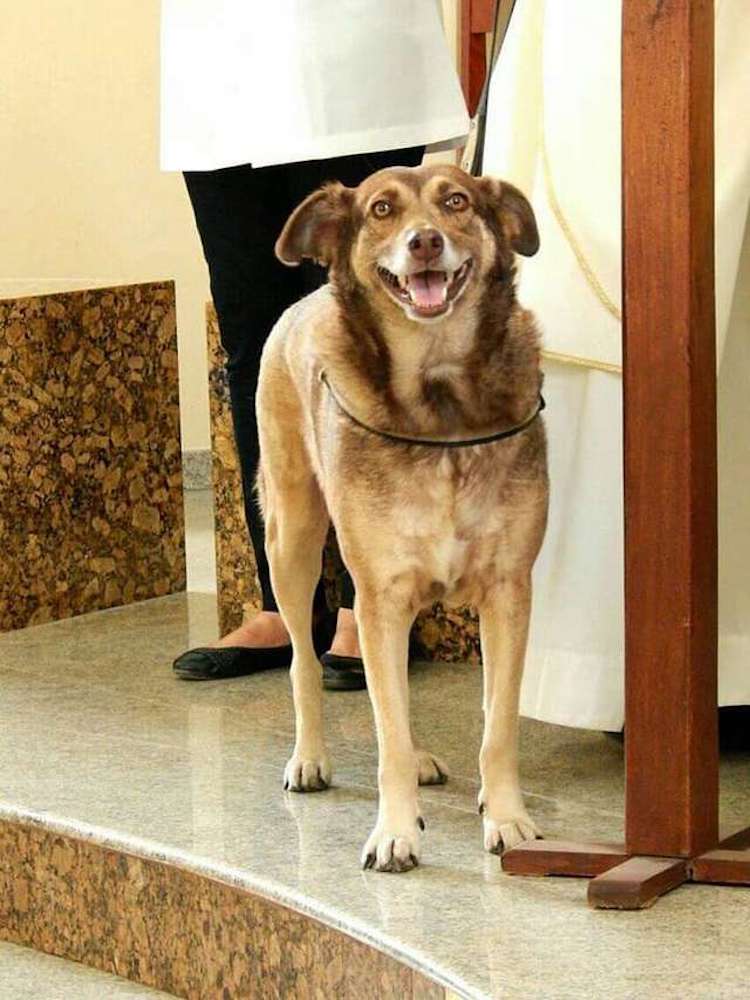 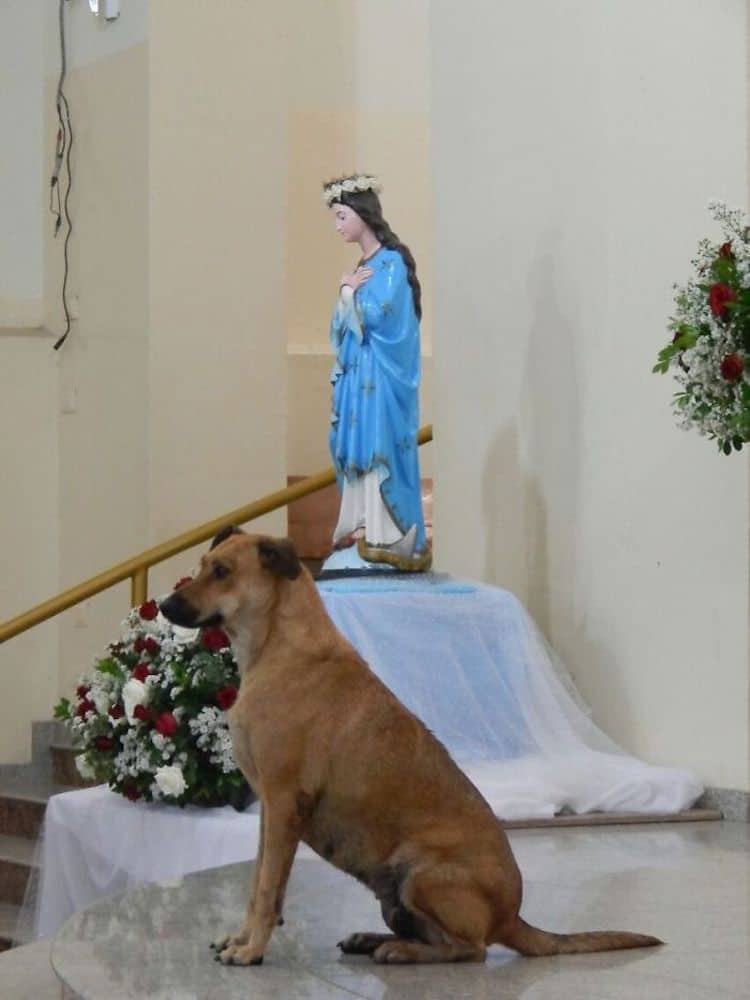 In addition to this act of kindness, Gomes fosters stray dogs and has worked with volunteers to build feeders outside the church so that they'll always have access to fresh food and water. 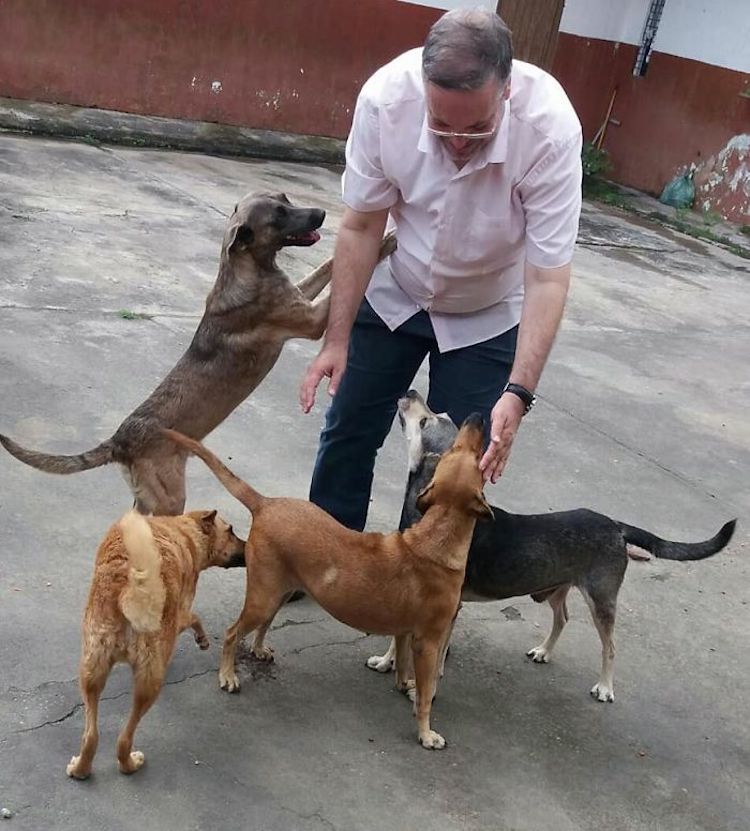 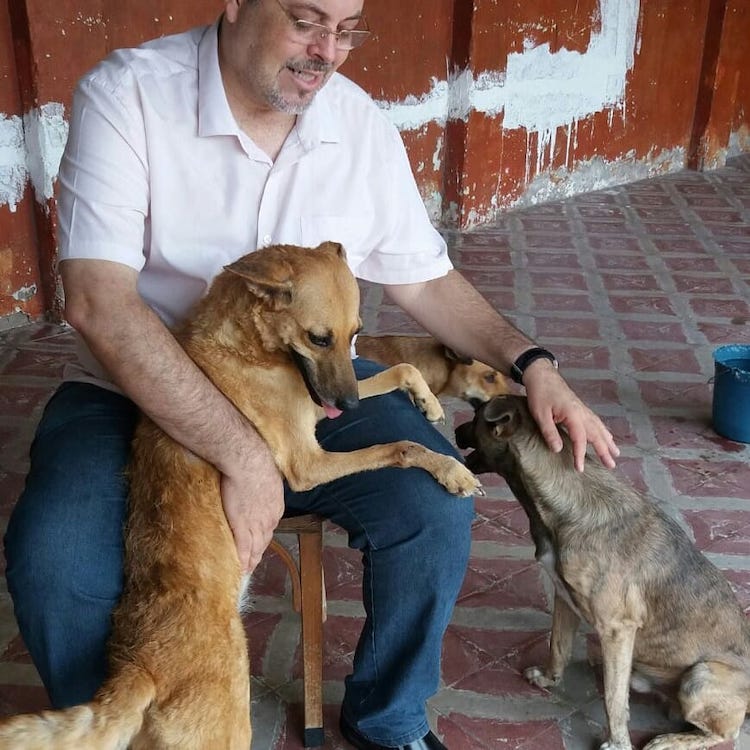 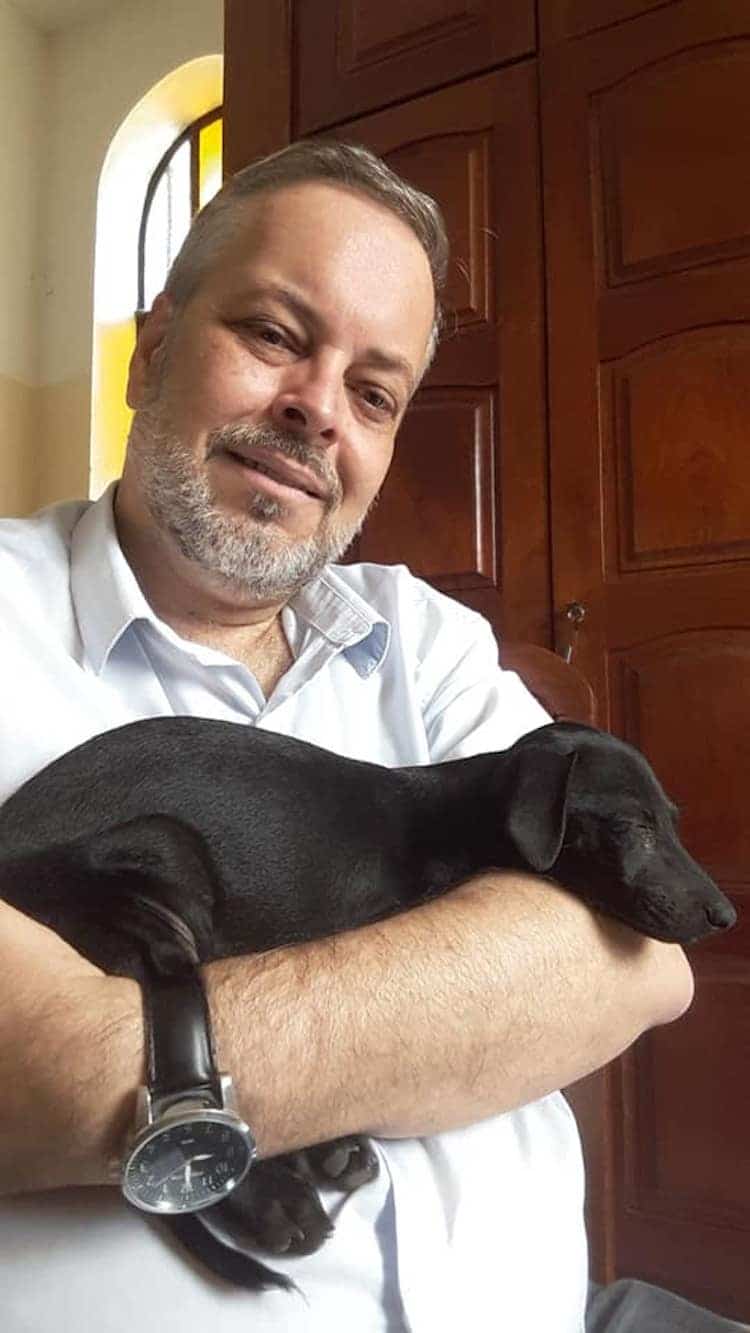 It should come as no surprise that he's adopted some of his fosters! 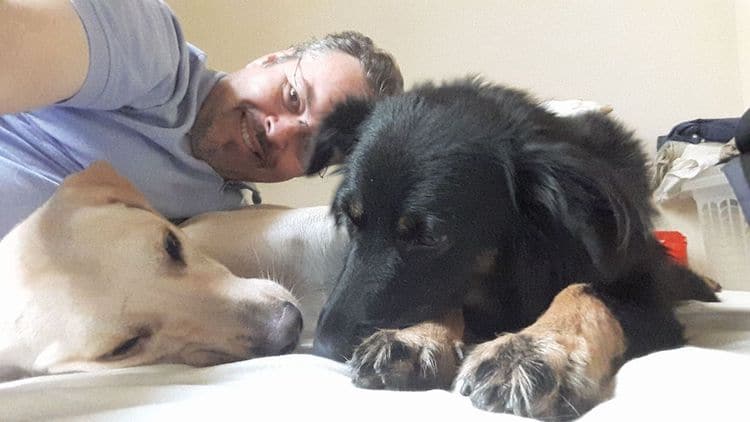