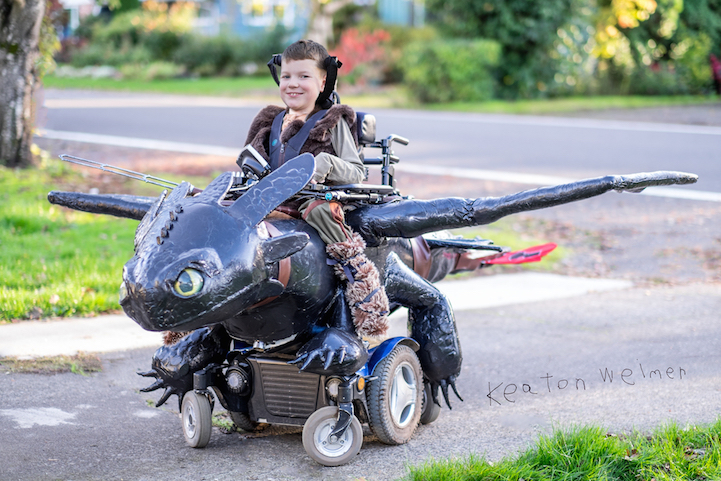 Nonprofit Magic Wheelchair aims to give children in wheelchairs the Halloween costumes of their dreams. This meaningful project was created by Ryan Weimer, who has three children coping with Spinal Muscular Atrophy. When his first son Keaton received his very first wheelchair, he was three years old. That Halloween, Weimer was inspired to do things differently, so that his son could have an amazing experience. After finding out that Keaton wanted to be a pirate for All Hallows' Eve, his dad realized that every pirate needs a ship and that he could build one around his son's wheelchair. “I didn't know how I was going to do it, but I knew it could be done somehow,” Weimer writes. “I don't believe that there are any goals, dreams, or aspirations in life that can't be achieved.”

Exactly seven years later, the Magic Wheelchair venture began. Now, teams of people work for 100 to 200 hours on each wheelchair, so that other children can have the same opportunity. “Giving families and kids those experiences that we've been able to have year after year, it's awesome. I love it. My kids are seen as superstars and not looked at with sympathetic eyes or sadness,” Weimer told BuzzFeed News. “It's not a cure. I wish I was smart enough to come up with something like that. It's a cure for a day. It helps them forget. It helps other people see them as kids, and not just a kid in a wheelchair.”

This year, Magic Wheelchair is currently working on multiple costumes, including: a Frozen ice castle, a Teenage Mutant Ninja Turtles van, Mario Kart, and a SpongeBob boat. Weimar's son Bryce will also have his very own Guardians of the Galaxy spacecraft, while Keaton will have an Indominus Rex (Jurassic World‘s most fearsome dinosaur) creation.

In order to have their dream costume made, any child can submit a 1-3 minute video telling the nonprofit what they want to be for Halloween and why they should be selected. Weimer says, “Our vision is to put a smile on the face of every child in a wheelchair by transforming their wheelchairs into awesomeness created by our hands and their imaginations.” 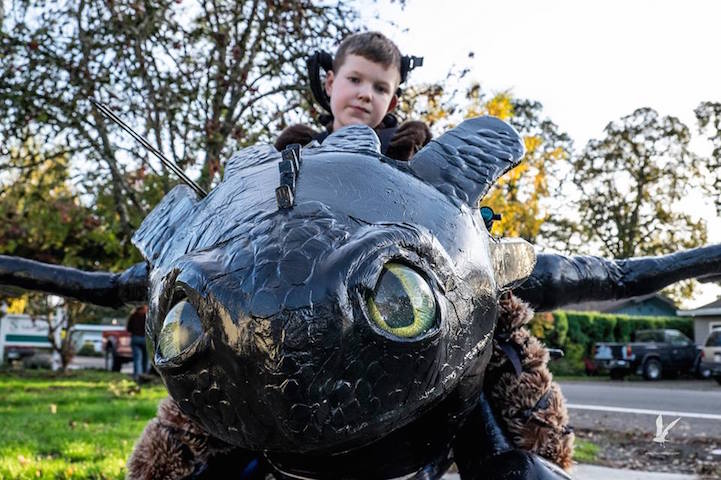 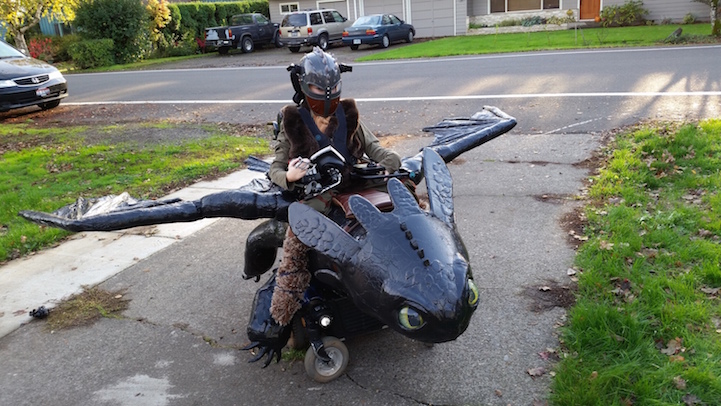 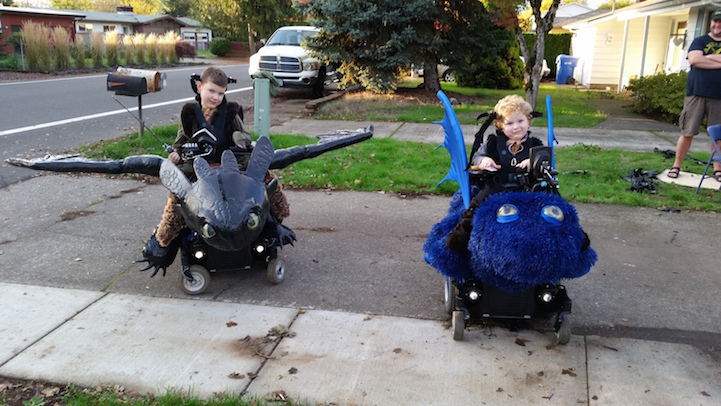 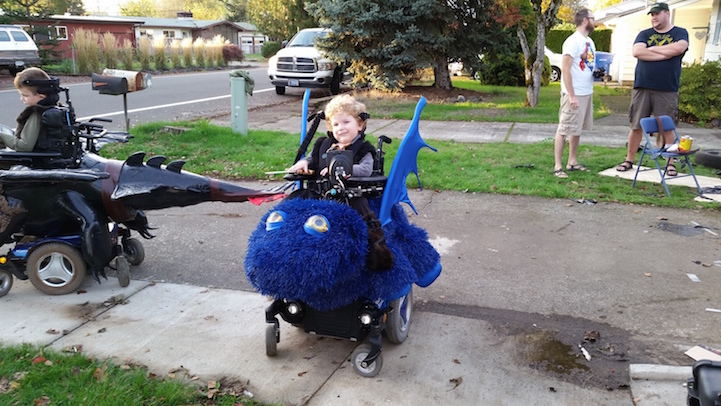 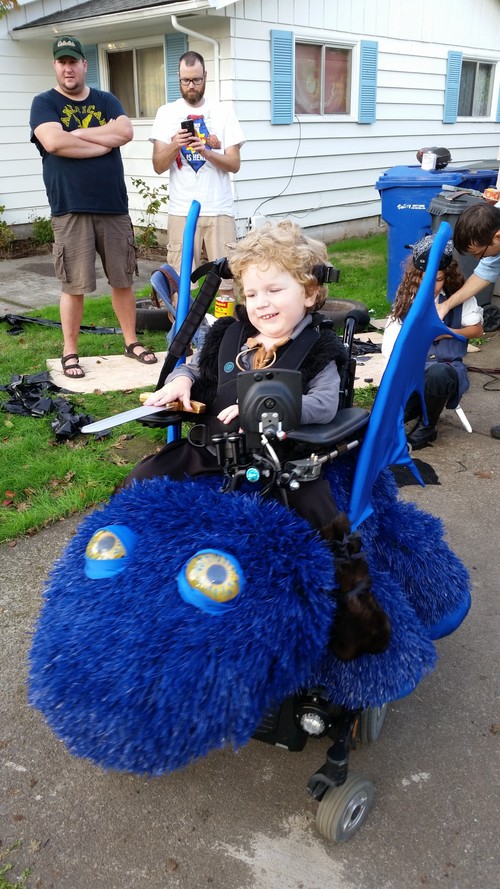 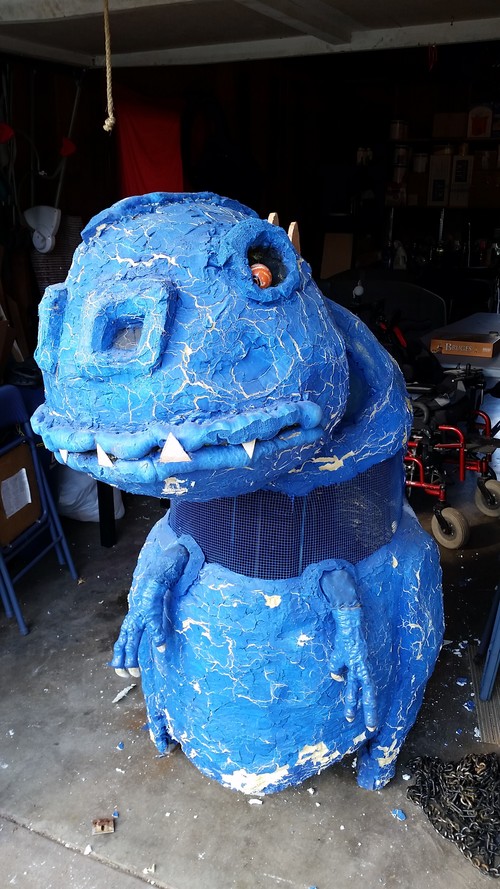 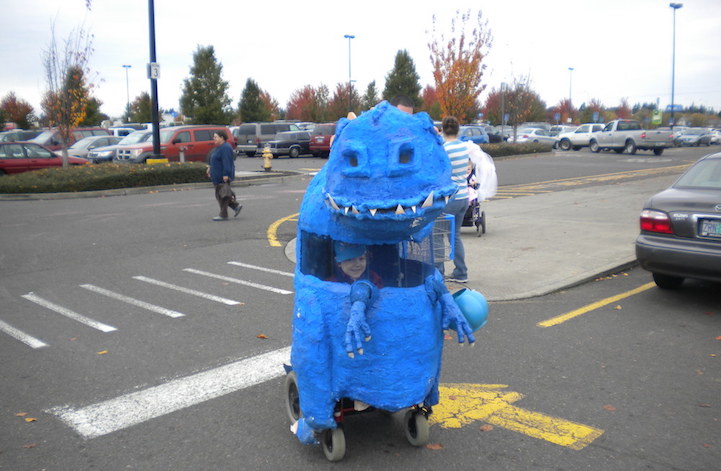 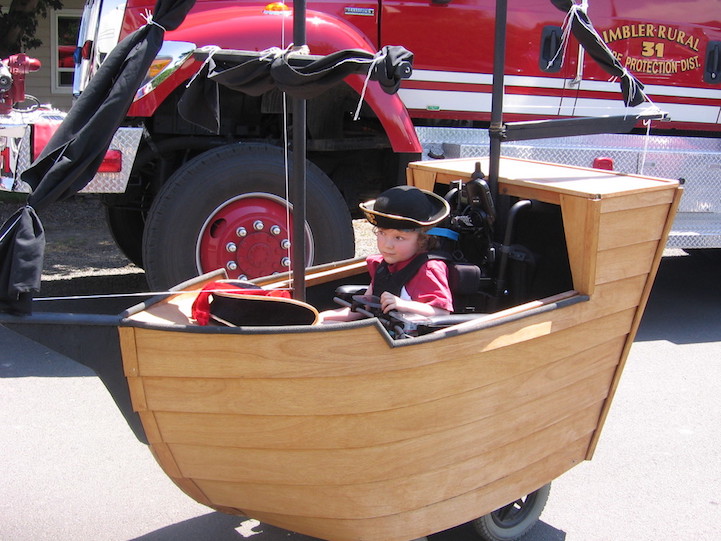 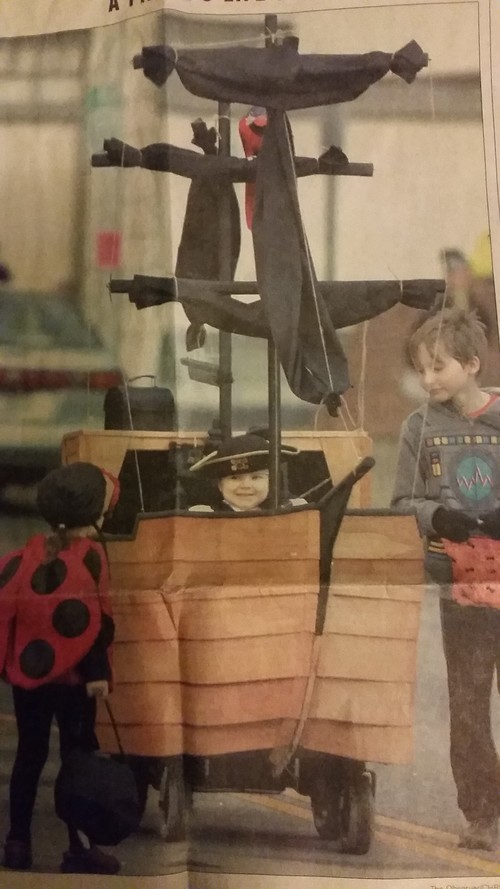 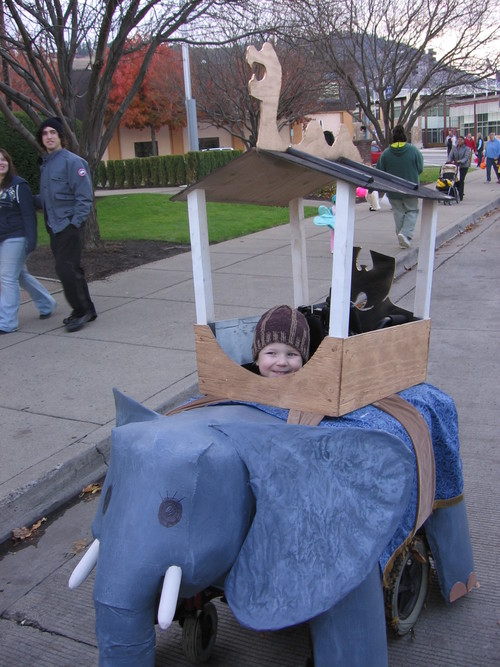 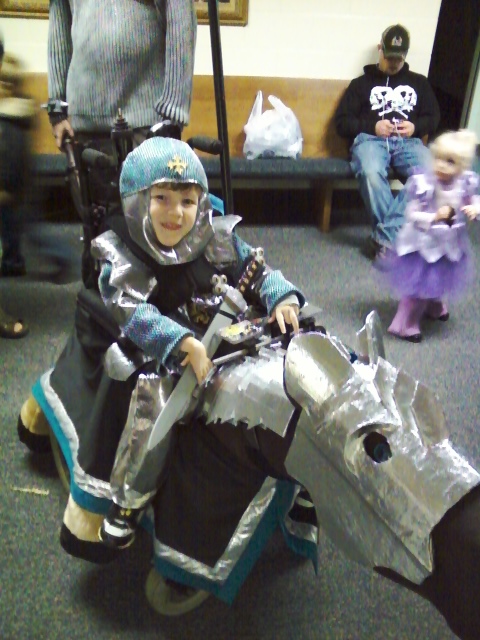 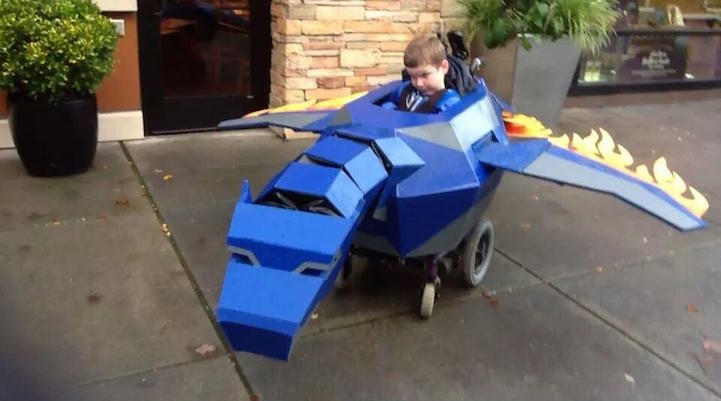 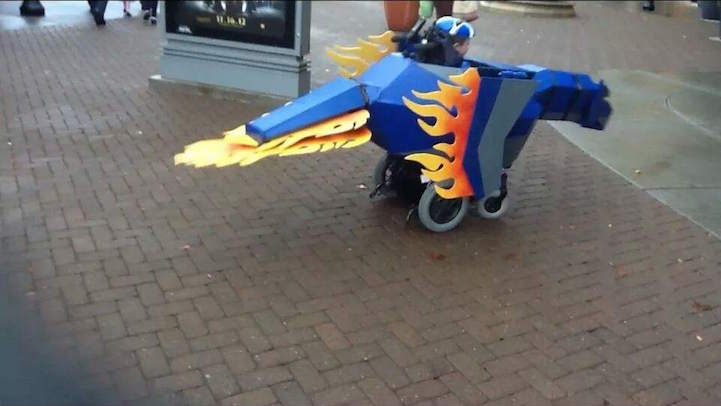