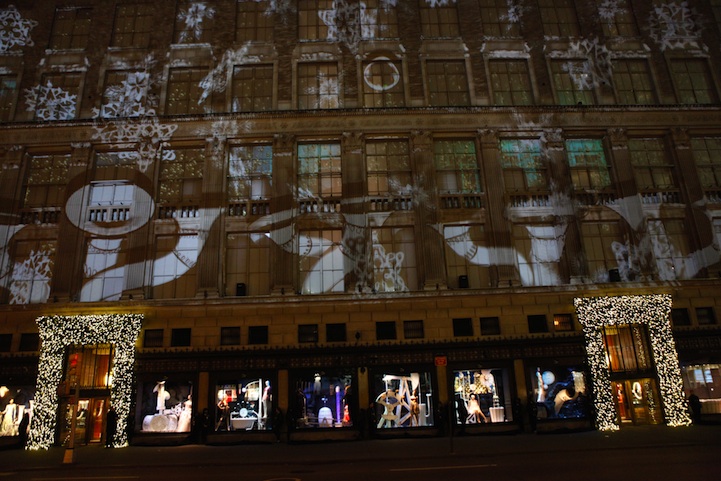 Yesterday evening, Saks Fifth Avenue debuted their new light show projection in New York called The Snowflake & Bubble Spectacular. In grand style, Saks pulled out all the stops, even getting students from the Jacqueline Kennedy Onassis School at American Ballet Theatre to perform a dance from the Nutcracker on 5th Avenue for onlookers.

An updated twist from last year's bubble themed show, this year's projection was as classy as can be with snow gathering on ledges, bubbles emerging from the windows and the entire faade appearing to freeze over.

Steve Sadove, Chairman and CEO of Saks Fifth Avenue said, “The snowflake has been part of the holidays at Saks for years, and this season we're building on another festive element from last season: the bubble. The show is quite an undertaking, using state-of-the-art video technology to animate the entire Saks building. It, along with our windows will be a must-see for everyone spending the holiday season in New York.”

The new light show was developed in partnership with marketing firm, Iris, whose extraordinary projections were seen at the 2008 Summer Olympics and 2010 World Cup.

See some still shots from the event, below, and check out the behind-the-scenes video as well as the actual holiday projection. Having seen a lot of of these projections, this one is not particularly mind-blowing but it's still beautiful in its own subtle way. You can also see the projection for yourself at Saks Fifth Avenue from now until January 6th between 5pm and 10pm. 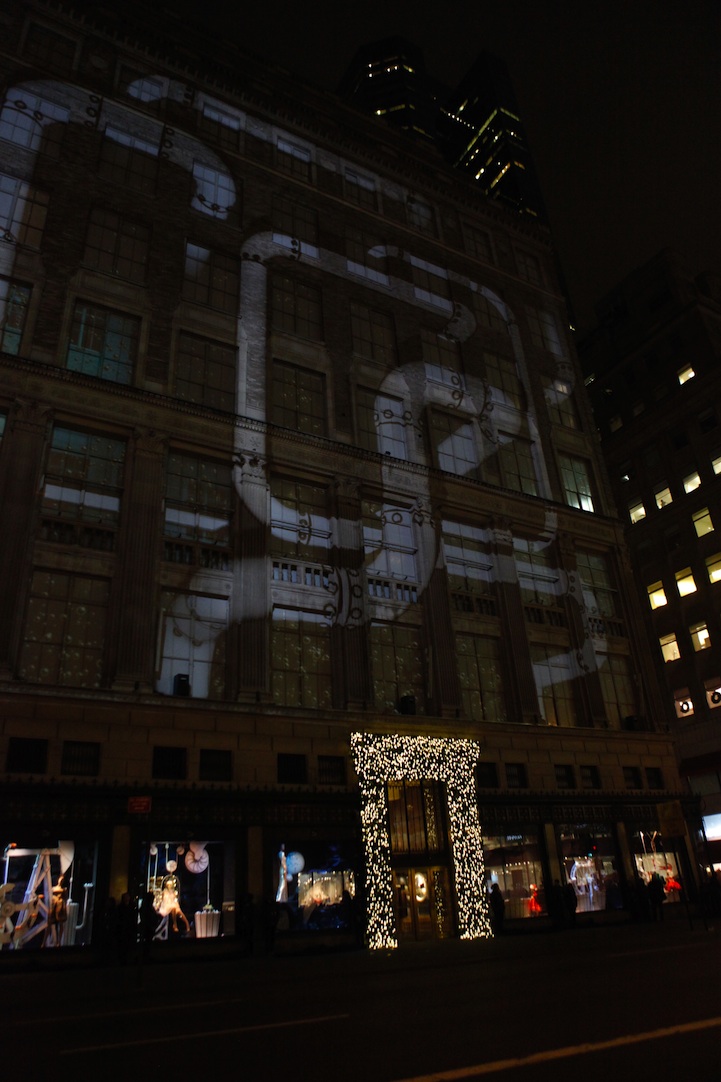