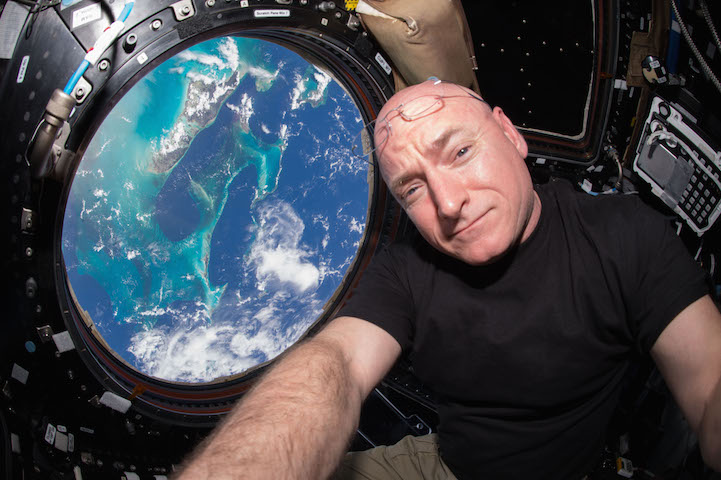 After nearly a year spent floating in space, Scott Kelly's feet have touched back down on Earth. The U.S. astronaut, along with Russian cosmonauts Mikhail Kornienko, and Sergey Volkov, just landed the Russian-built Soyuz spacecraft in Kazakhstan on March 1st 2016. This marks the completion of a record-setting 340 consecutive days in space for Kelly and Kornienko, the most in NASA's history. The 340-day mission aboard the International Space Station (ISS) is nearly twice the length of an average trip, and is part of an ongoing effort to understand the effects of long periods of weightlessness on the human body.

Upon their return, the team is set to undergo a rigorous series of tests to determine their physical and mental state. “We go through about an hour of what is called this ‘field test' that is various different types of experiments,” Kelly said. “Some are physical – kind of like even an obstacle course, where you run around obstacles and stand up from a sitting position and jump and stand – that looks at the ability of our physiology to adjust to those different positions.”

Above image via NASA 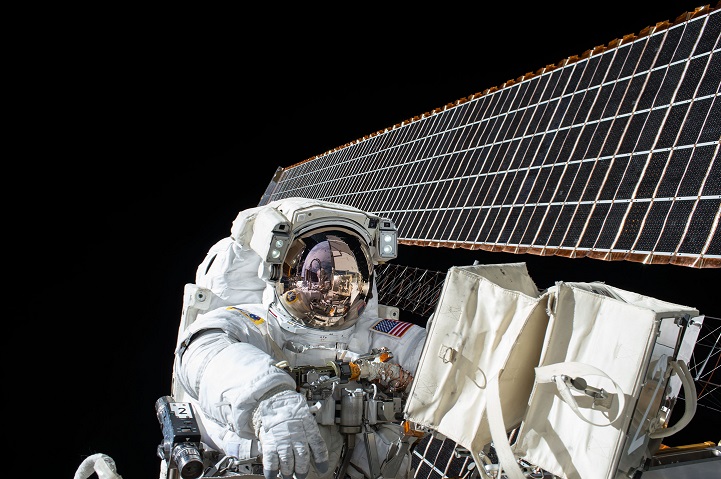 Kelly seen working outside of the International Space Station during a spacewalk on Nov. 6, 2015. (Image via NASA) 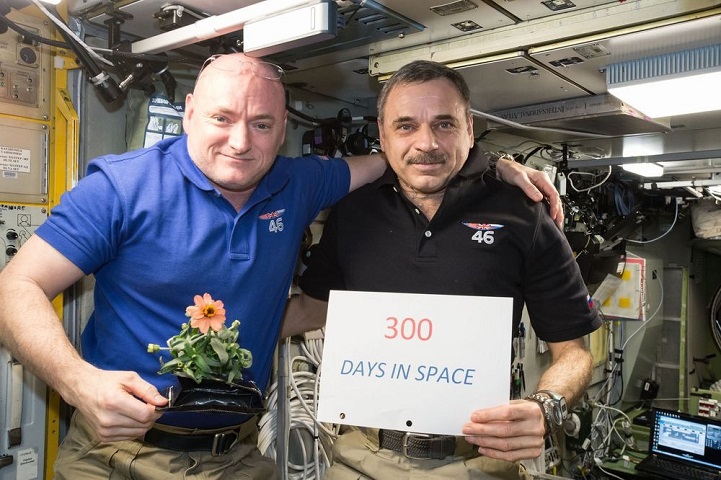 Among those excited to see Kelly's return to Earth are his family and identical twin brother Mark Kelly. Mark is actually a crucial element to the scientific research that is the reason for this record-breaking mission. The opportunity to study two identical twins allows scientists to minimize extraneous factors, such as genetic variation, in order to isolate the subtle effects that space stay had on Scott. The space environment takes a major toll on the body–muscular atrophy, sleep variation, bone loss, vision impairment and radiation exposure–as well as on the mind.

Prior to landing, Scott had reported that “physically I feel pretty good… but the hardest part is being isolated in the physical sense from people on the ground who are important to you. There's a loss of connection.” 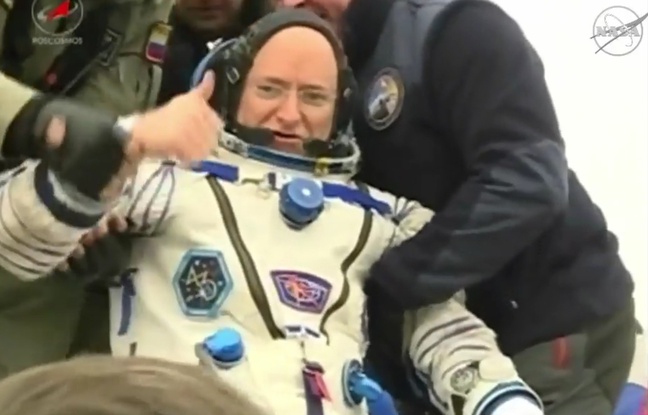 A first shot of astronaut Kelly upon his return to Earth. (Image via NASA) 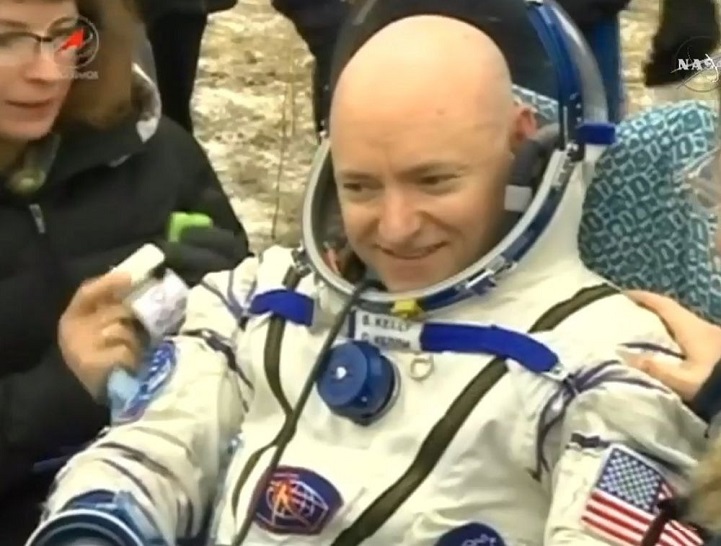 NASA has said that this research will provide information that may be used to one day send humans to Mars, a journey that would take over a year and leave future crews with little time to recover after landing. Studies conducted now allow scientists to devise new ways to minimize recovery time and prevent injury for future crews.

As for Scott, saying goodbye to his home aboard the space station is bittersweet. “Leaving this amazing facility is going to be tough, because I probably will never see it again,” Kelly said. This journey marks his fourth time in space, and brings Kelly's total tally of days in zero gravity to 520–the most of any U.S. astronaut to date.

“I've flown in space four times now so it's going to be hard in that respect, I've been up here for a really long time and sometimes, when I think about it, I feel like I've lived my whole life up here.” 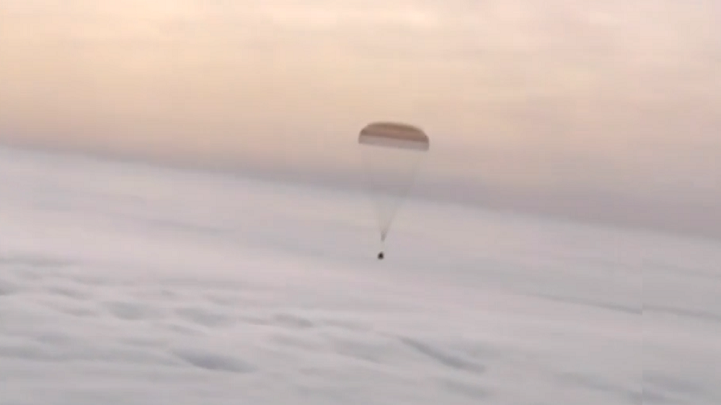 The Soyuz descends to Earth under its parachute on March 1, 2016. (Image via NASA)