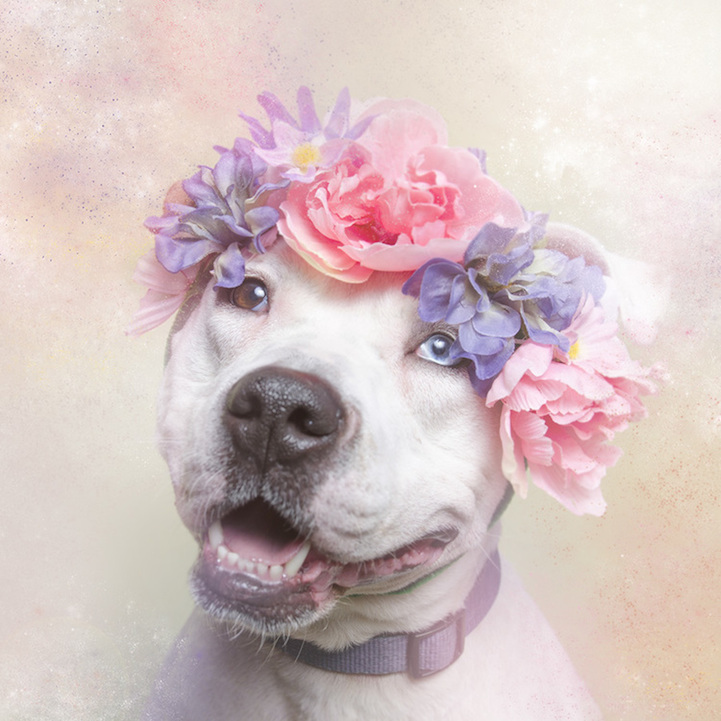 Some dogs unfortunately and unnecessarily get a bad rap. We've seen efforts to show the beauty of all-black canines, and now photographer Sophie Gamand has shared with us a new series, Flower Power, where she aims at presenting the pit bull breed in a different light. Rather than portraying them with tough and gritty imagery, Gamand highlights soft, feminine tones to reflect on their sweet nature.

Before starting the series, the photographer challenged herself to approach pit bulls with a fresh perspective and an open heart. She admittedly had prejudices against them, but instead of letting them persist, she immersed herself and became an active volunteer with rescue groups. It was here she started to look at them in another way. Now, Gamand feels that they are the victims of prejudices and urban legends.

There are an estimated one million pit bulls that are euthanized in America every year. To raise awareness of this sad fact, Gamand made flower headpieces and approached three groups in New York City that are heavily involved with helping the breed. She set up a studio in their boarding facilities and photographed some of the pit bulls who were up for adoption. 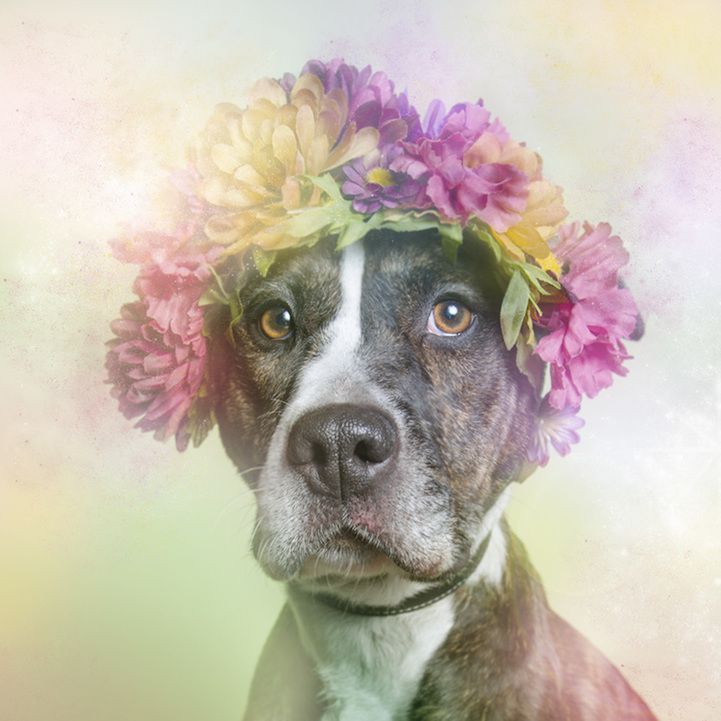 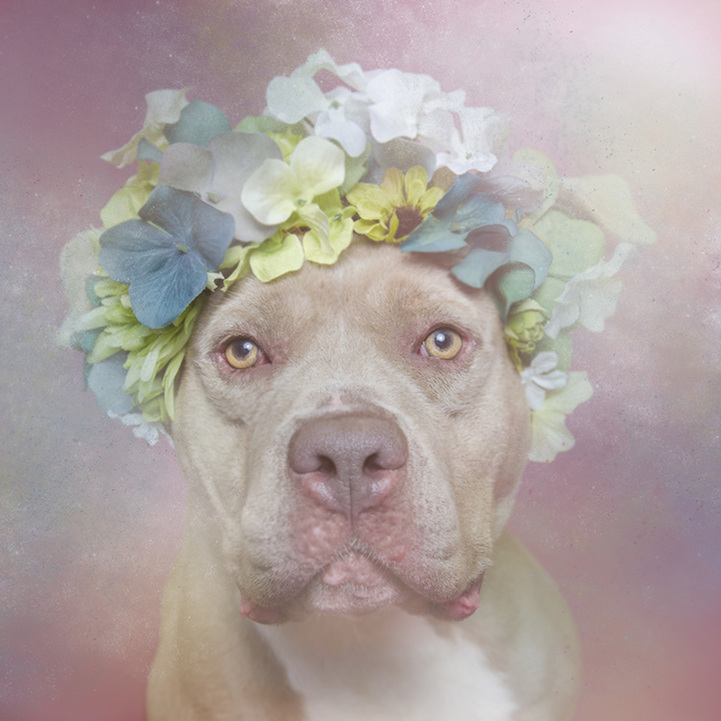 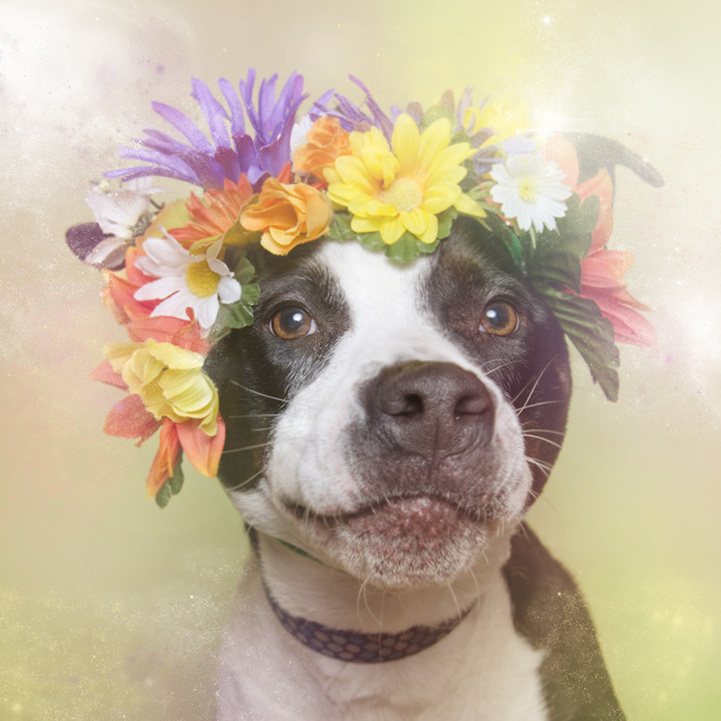 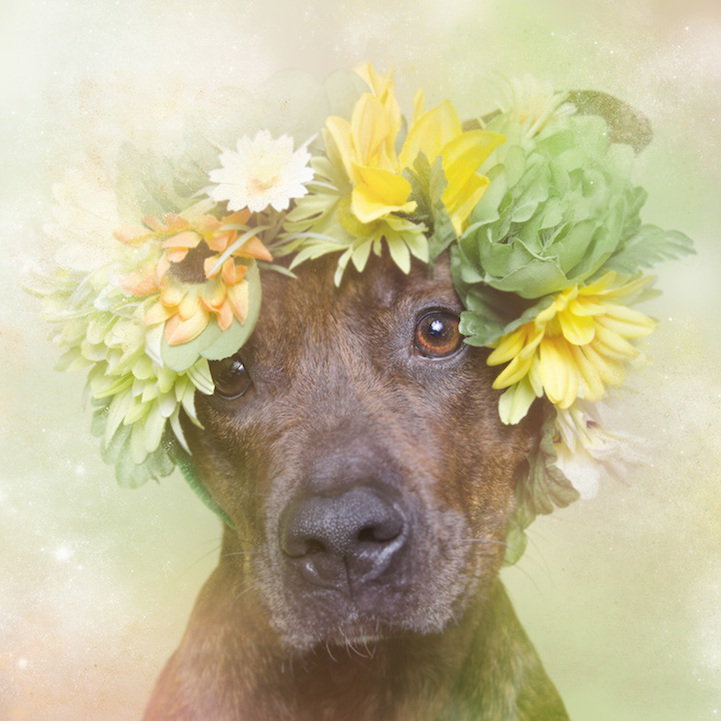 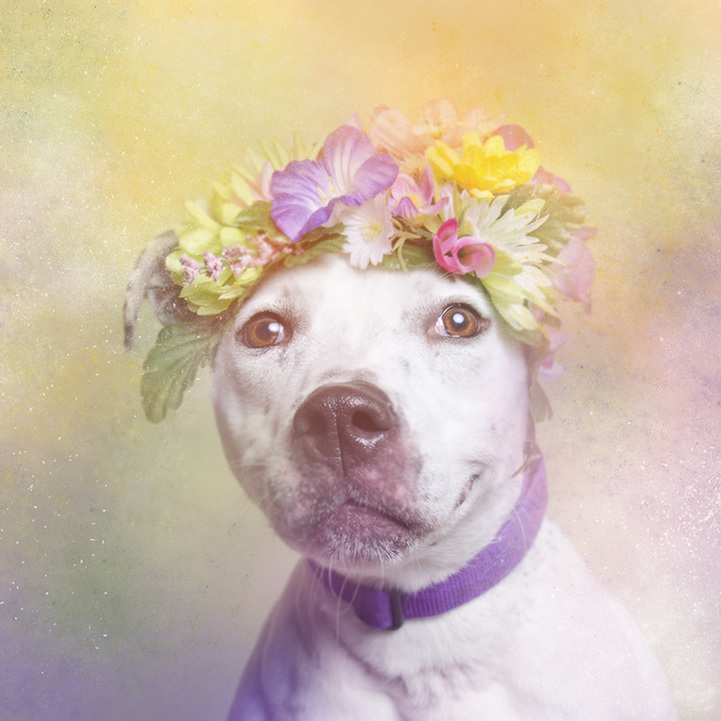 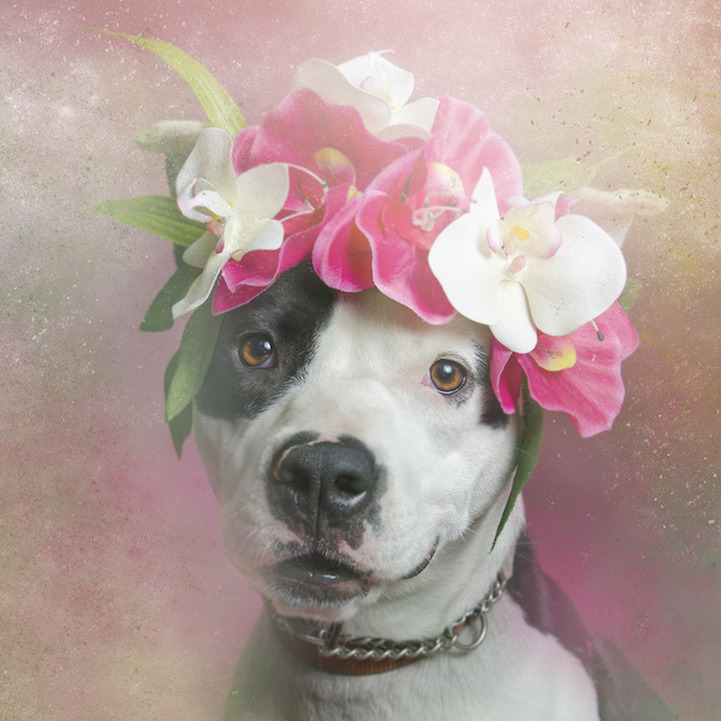 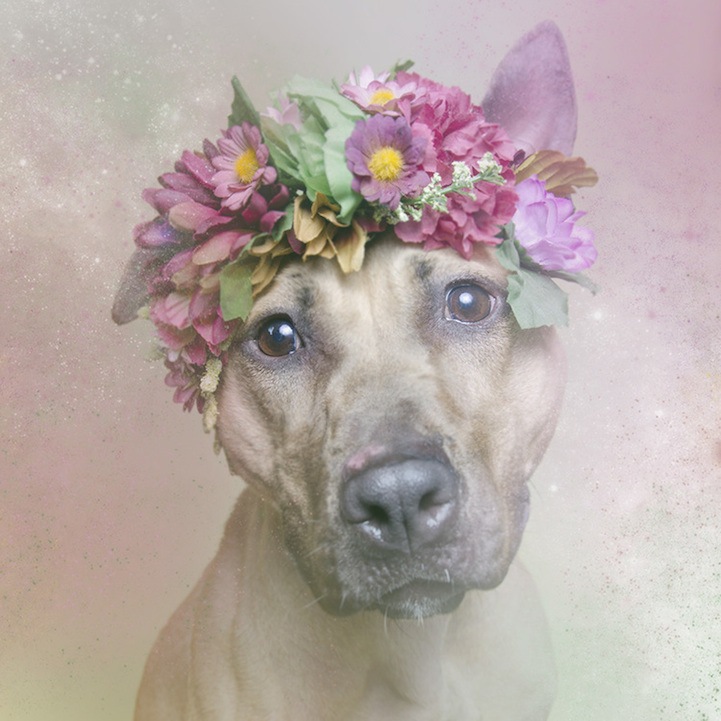 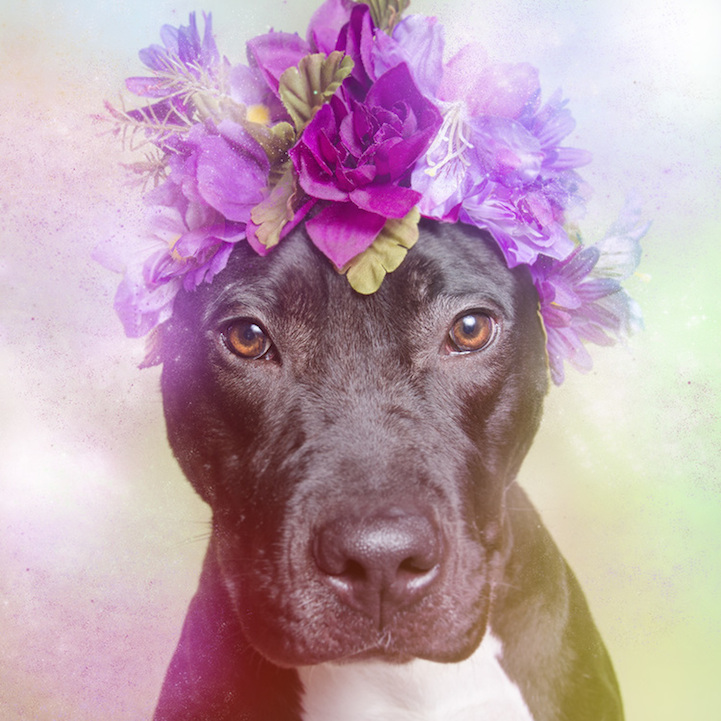 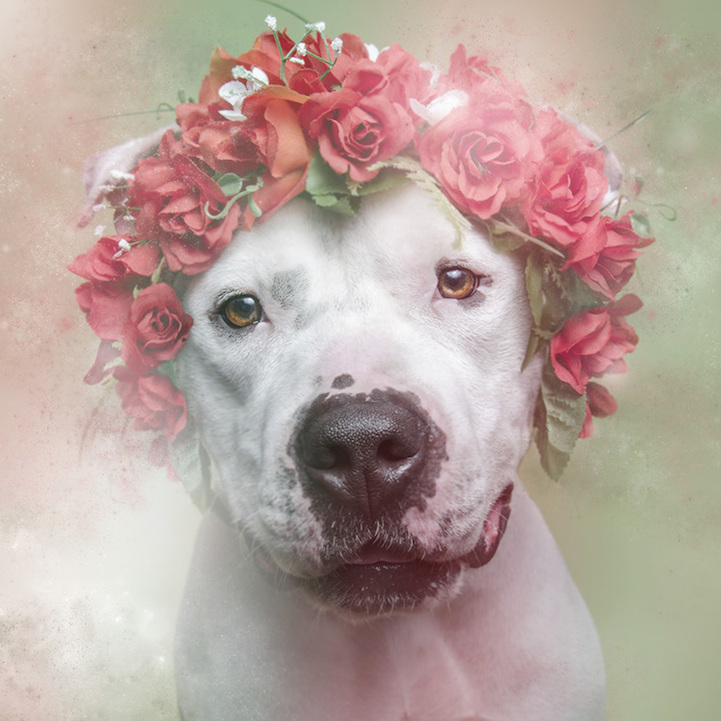