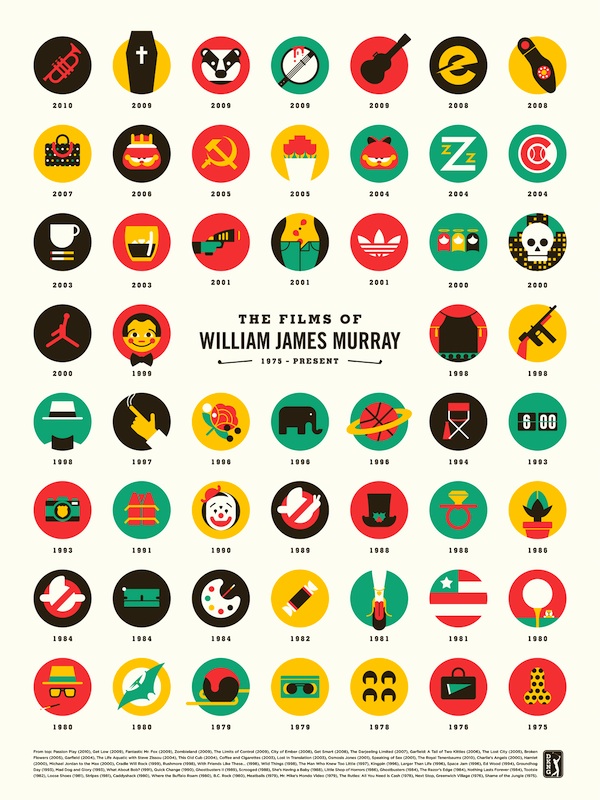 While Spoke Art Gallery in San Francisco is putting on a tribute exhibition to the films of Wes Anderson, Gallery 1988 in Melrose has a similar (but different) show going on. Similar in vein, this one is dedicated to Bill Murray, the star of many of Wes Anderson's quirky films. Called Please Post Bills, the exhibition asks today's artists to pay tribute to the comedic legend in their own unique way.

While you can see all of the works online here (or at the actual gallery from now till November 26), we picked out one for you that really stood out. Created by DKNG Studios, it's called The Films of William James Murray.

“Being big fans of Murray's work, it was a difficult task deciding upon our favorite movie to feature as an art print, so we came up with the concept of creating one that represented his entire body of work in film,” they explain on their website.

“We created individual icons that represent each film in the simplest, most conceptual way we could think of, listed from his most recent 2010 film ‘Passion Play' to his very first, ‘Shame of the Jungle' from 1975. Each icon is paired with the year in which the film was made. Feel free to take a close look by scrolling over the image above and see how many you can figure out. If you get stumped at any point we provided the title of each film at the bottom of the print.”

This is a limited edition print of 200. You can buy a few now on Gallery 1988's website and the rest will be released in their online store in the coming week.

Now here are some close-up shots. 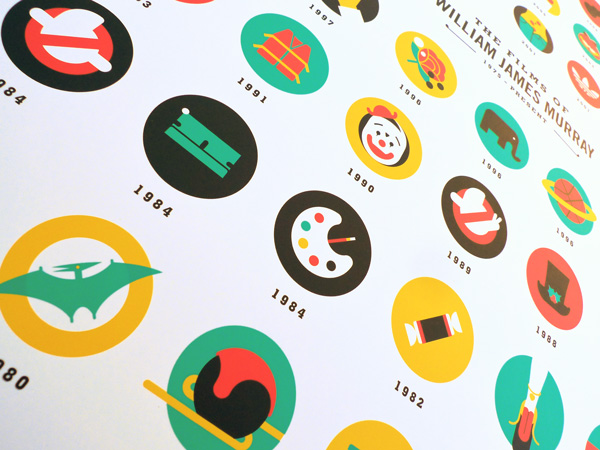 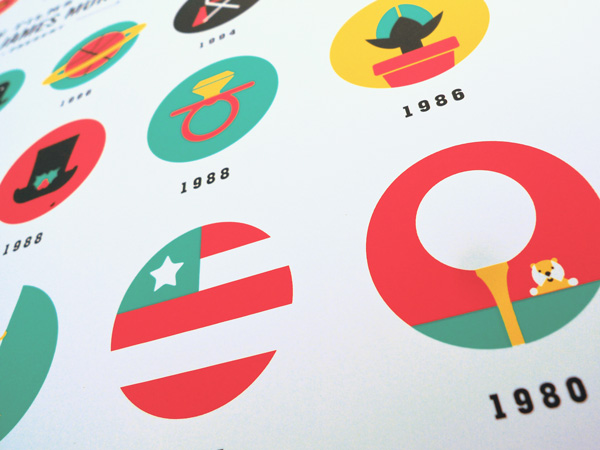 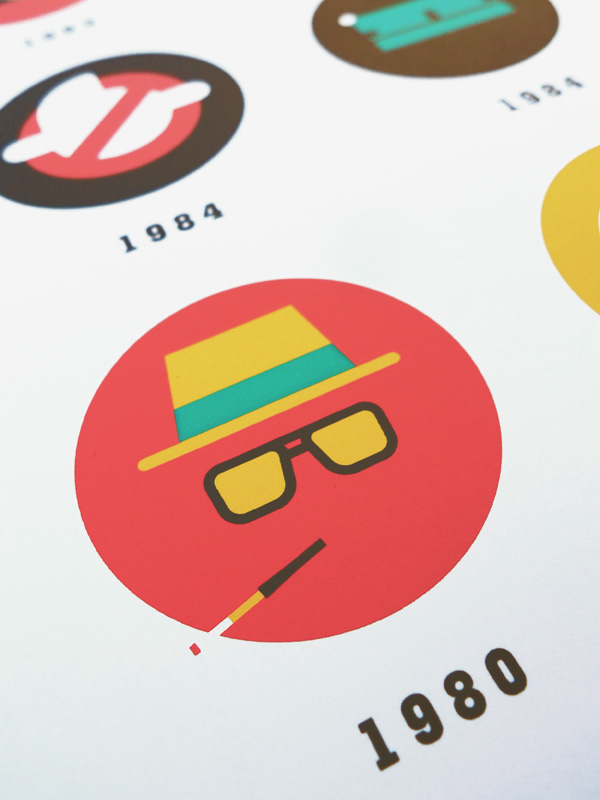 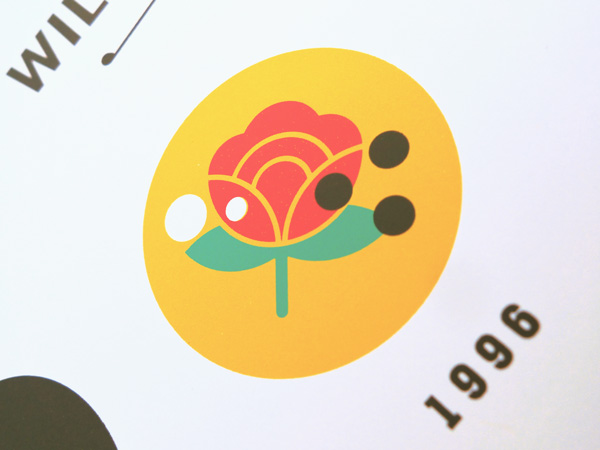 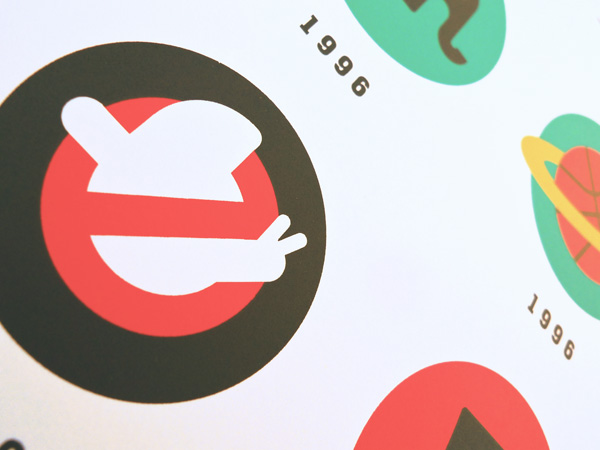 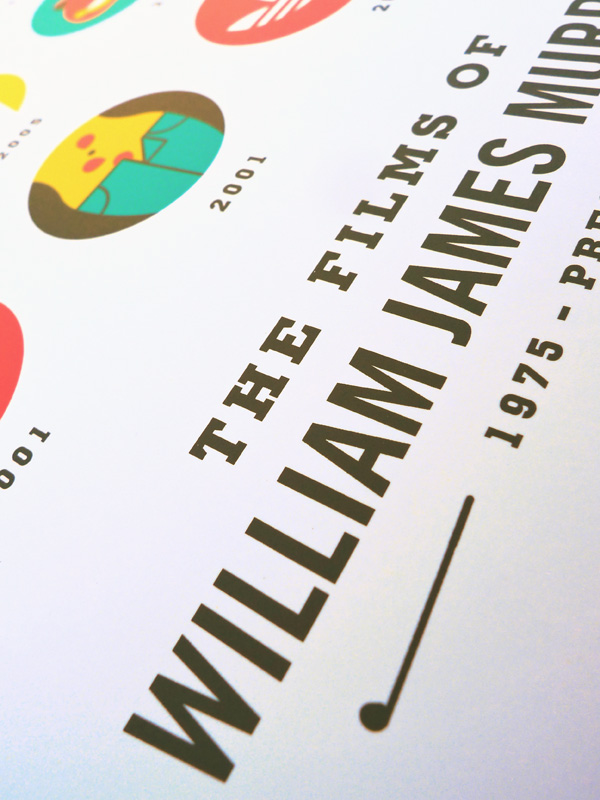 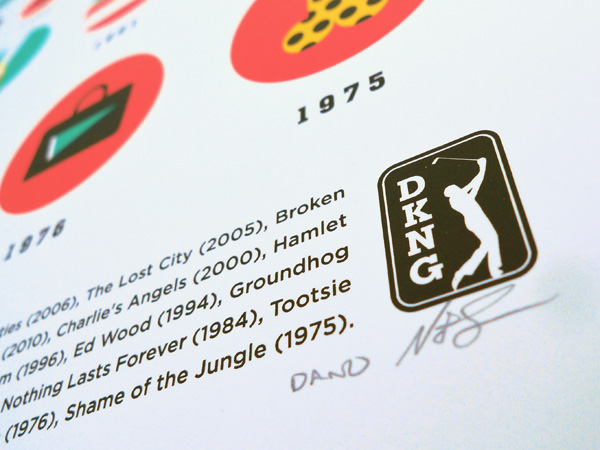 Think you can name all of the films by just looking at the icons?