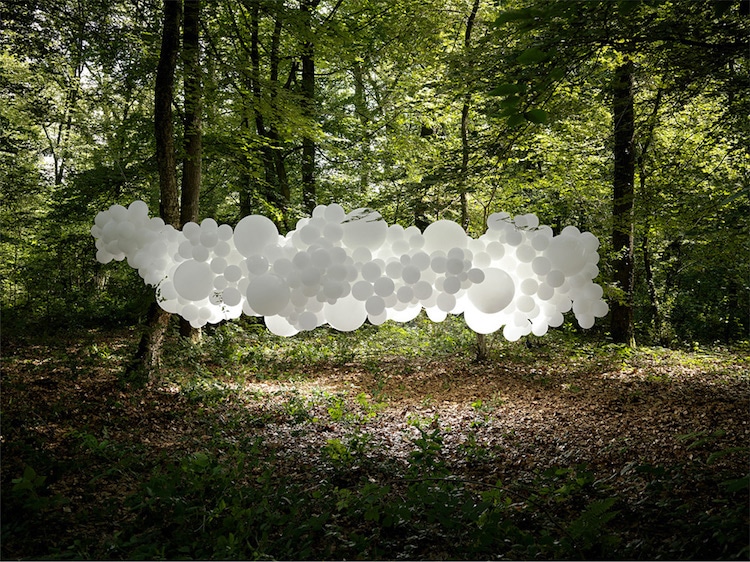 From quiet forests and deserted beaches to abandoned houses and empty playgrounds, Pétillon places clusters of illuminated, variously-sized white balloons in unexpected, mundane locations. Though we may ordinarily ignore or take such sights for granted, the addition of the ethereal installations shows them in a new light. Whether floating in a forest or seemingly spilling out of a doorway, the inventive illusions turn run-of-the-mill spaces into eye-catching spectacles and add an imaginative twist to everyday life.

Last year, Pétillon filled the bustling Market Building in London’s Covent Garden with 100,000 luminous balloons. Like his photographs, the public piece played with perception by simultaneously transforming and echoing its surroundings. “Each balloon has its own dimensions and yet is part of a giant but fragile composition that creates a floating cloud above the energy of the market below,” Pétillon explained.

Pétillon’s wondrous work will be on display in Paris’ Magda Danysz Gallery until January 14, 2017. 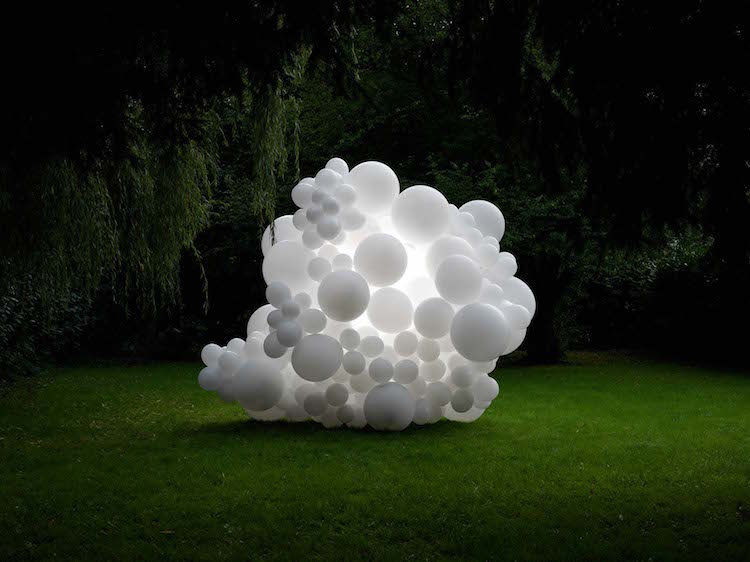 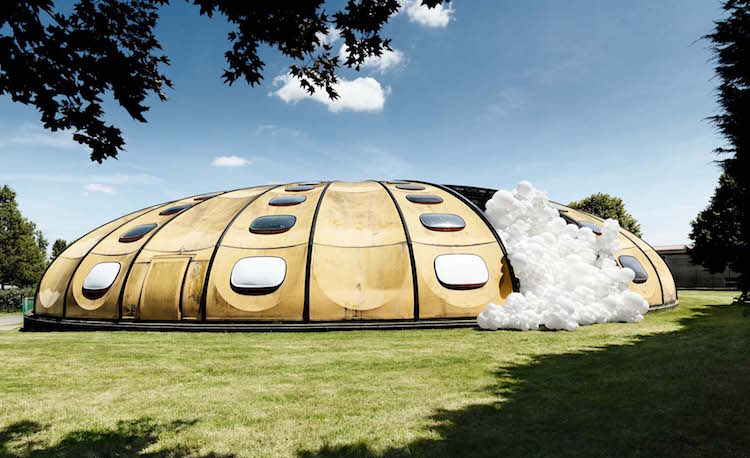 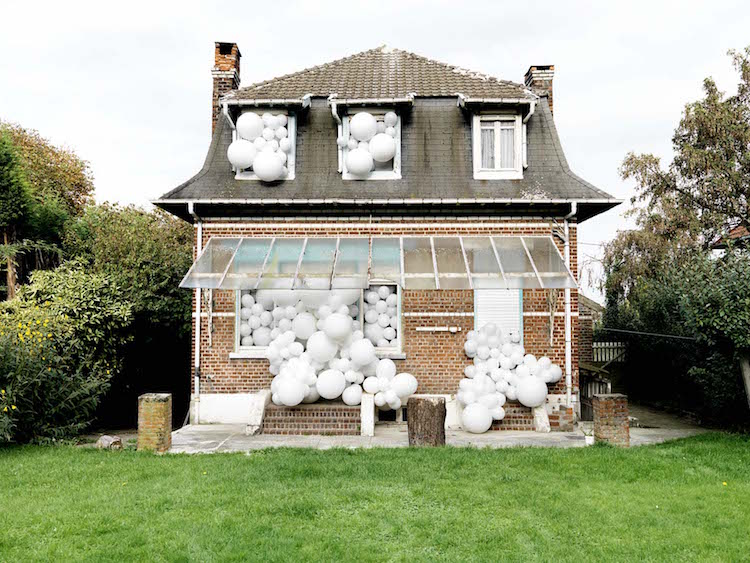 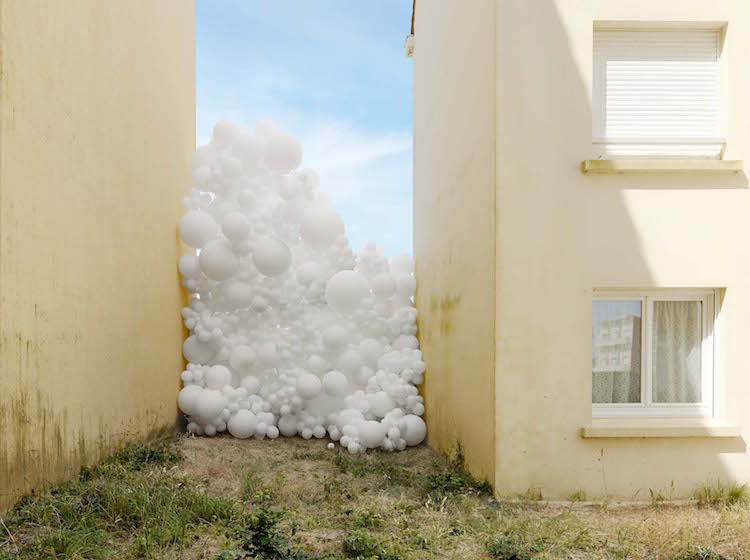 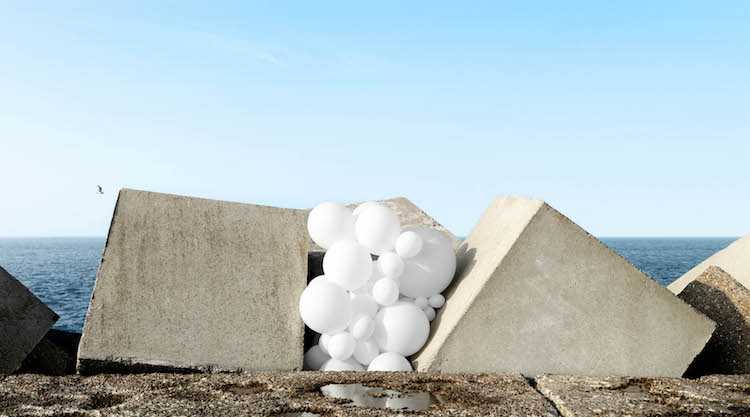 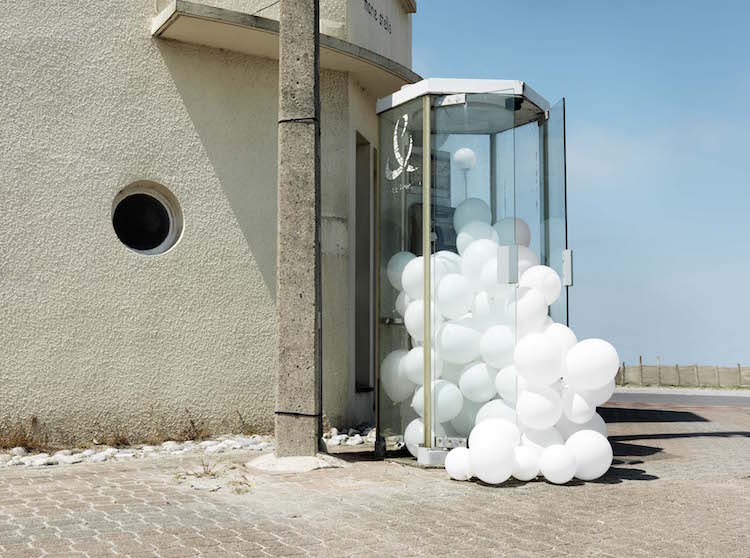 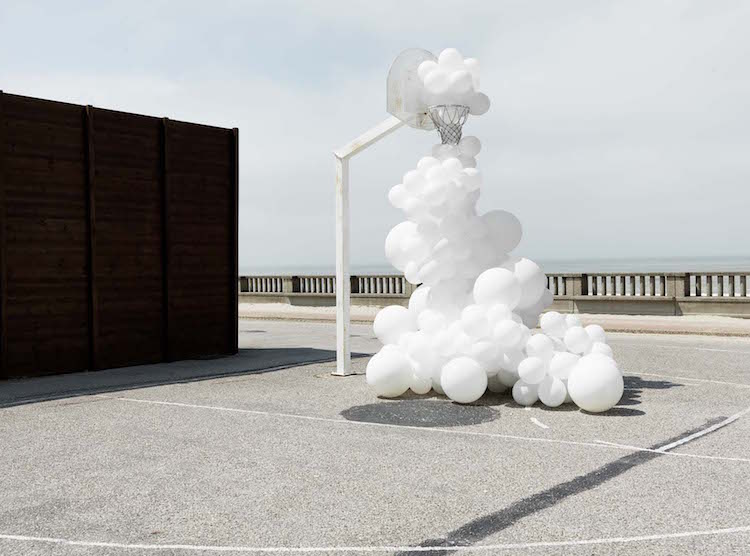 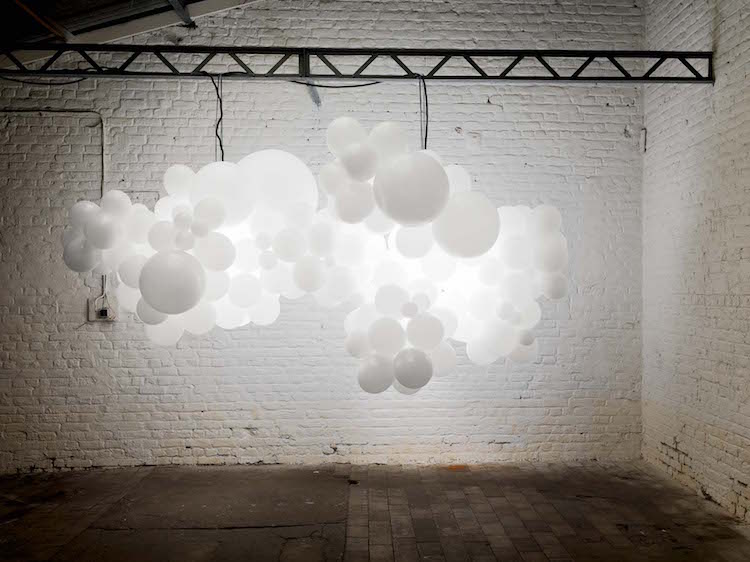 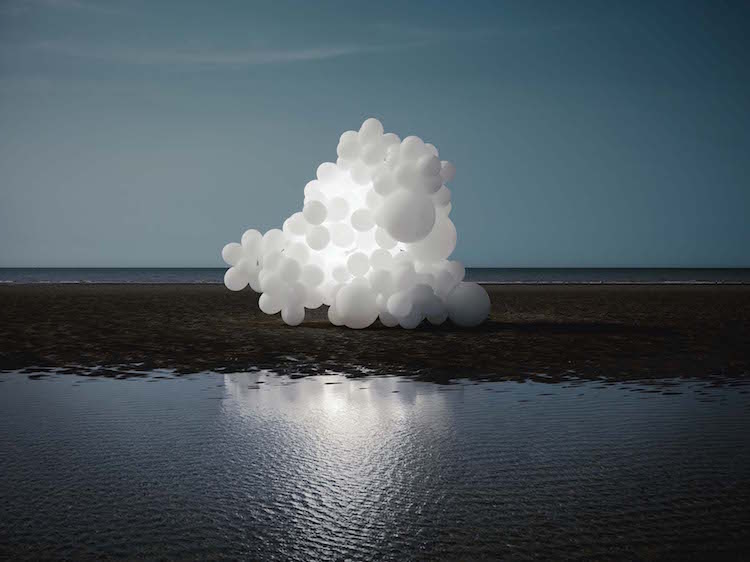 All images via Charles Pétillon.