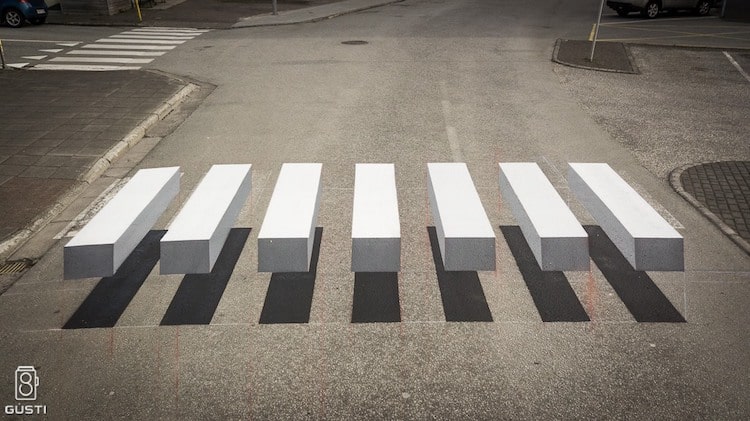 The use of illusion in art is nothing new, but a small town in Iceland is using the effect to help with public safety and traffic issues. In the small fishing village of Ísafjörður, a 3D pedestrian crossing was painted last month in an effort to slow traffic on a narrow street. The eye-popping illusion gives the effect of walking on air as pedestrians move from one side of the street to the other.

Environmental commissioner Ralf Trylla came up with the idea after seeing a similar project in New Delhi, India. Trylla was researching creative ideas on how to slow traffic when he stumbled upon the India project and came together with street painting company Vegmálun GÍH to create the effect. They experimented for several weeks before perfecting the technique and painting the crosswalk.

The visual effect is striking, as the optical illusion shifts depending on your perspective. From the air, the white stripes jump up, making them appear as a column of walls. While at ground level, the bars seem to hover just above the ground. Right now the project is experimental, with the town seeing what effect the creative zebra crossing will have before deciding if they'd like to roll out more in other areas of the village.

In Iceland, a 3D crosswalk is making the streets safer—and more fun to cross—by slowing down traffic. 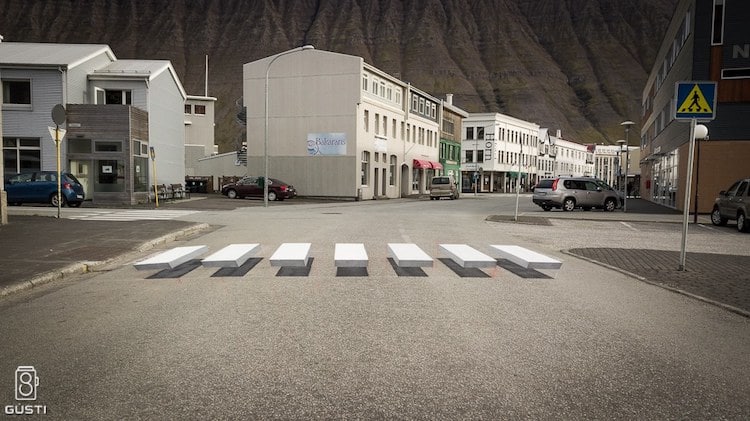 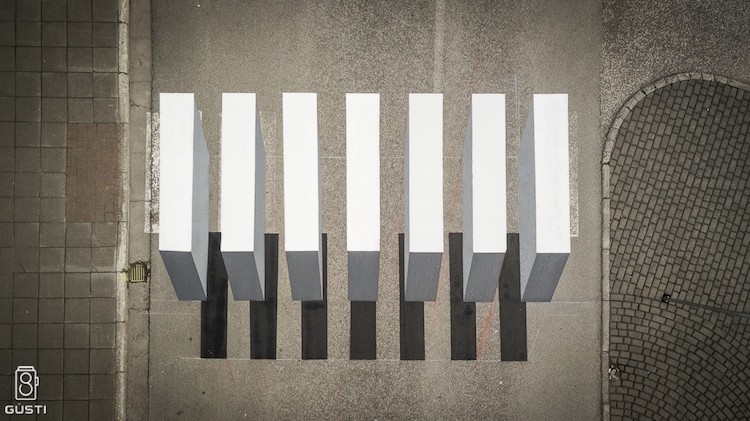 After weeks of practice, the optical illusion took shape on the road. 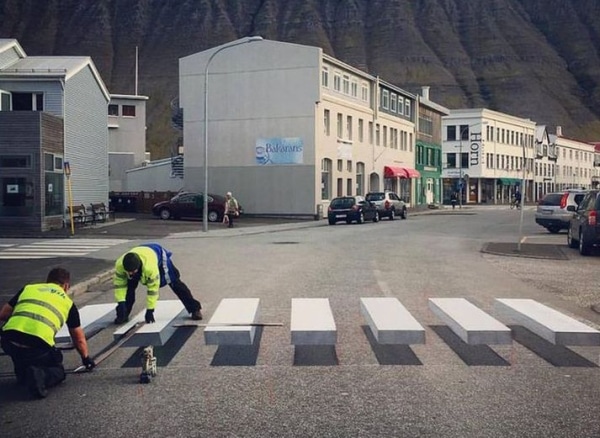 Environmental commissioner Ralf Trylla suggested the idea after discovering the success of a 3D crossing in New Dehli, India.

All images via Gústi Productions except where noted.

Madrid’s Crosswalks Are Getting a Fun and Colorful Makeover