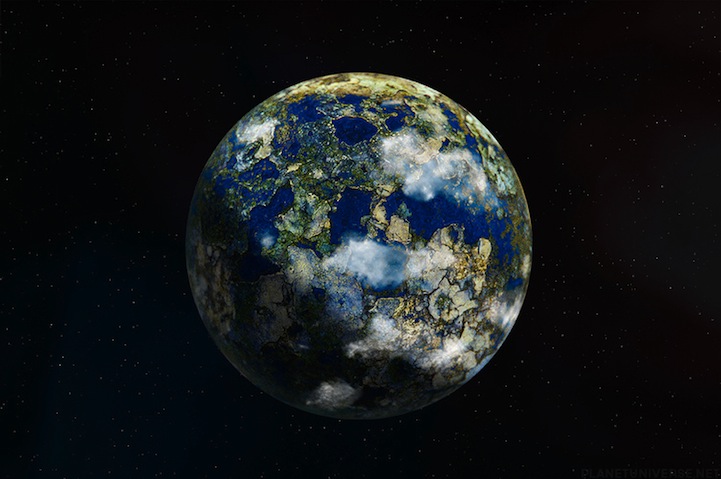 When you walk down the street, it's easy to pass right by a fire hydrant without thinking twice. We have grown accustomed to these functional curbside water sources as regular fixtures in urban, suburban, and rural areas. Well, artist Adam Kennedy does more than just pass by these emergency water connections. With a creative eye and a great imagination, he turns them into something spectacular and out of this world.

The San Francisco-based artist is inspired by the decaying round tops of old fashioned fire hydrants in his home town. Kennedy sees all kinds of new life in the worn patterns formed by the chipped metal. For this project, entitled Planet Universe, Kennedy ventures around town searching for rusty fire hydrants, taking pictures of them, and then transforming the photographs into these unique planets.

With digital manipulation, he completely changes your average fire hydrant into a detailed glimpse of outer space. He says, “We are constantly looking for evidence that there may be life out there and I hope people get a little sense of discovery when they look at these planets. I hope it also makes them think about what there is on earth that they might have been missing all along.” 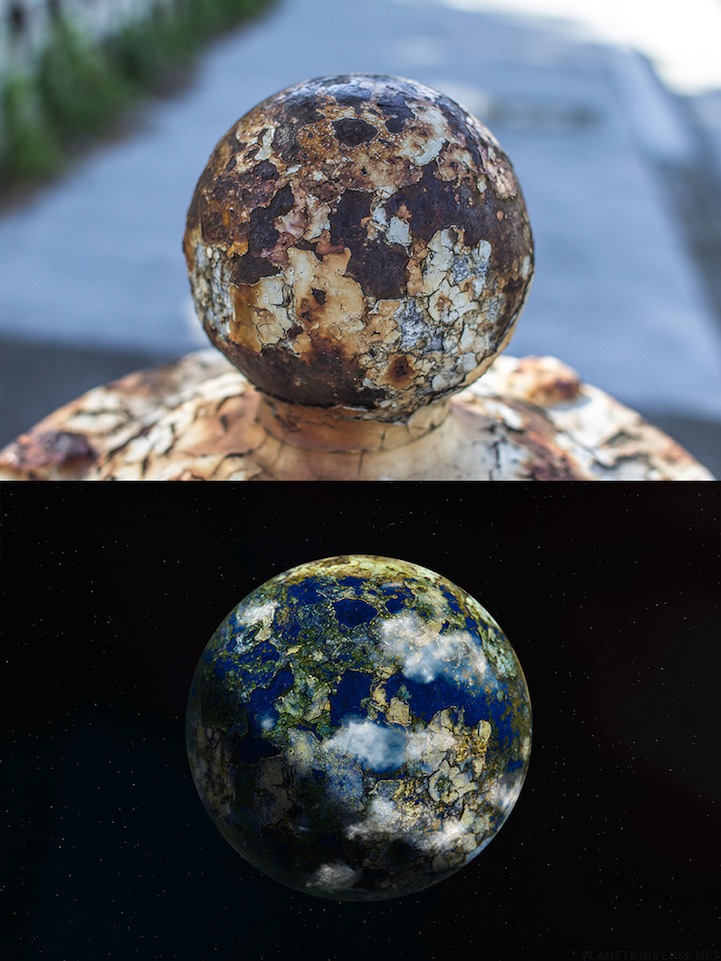 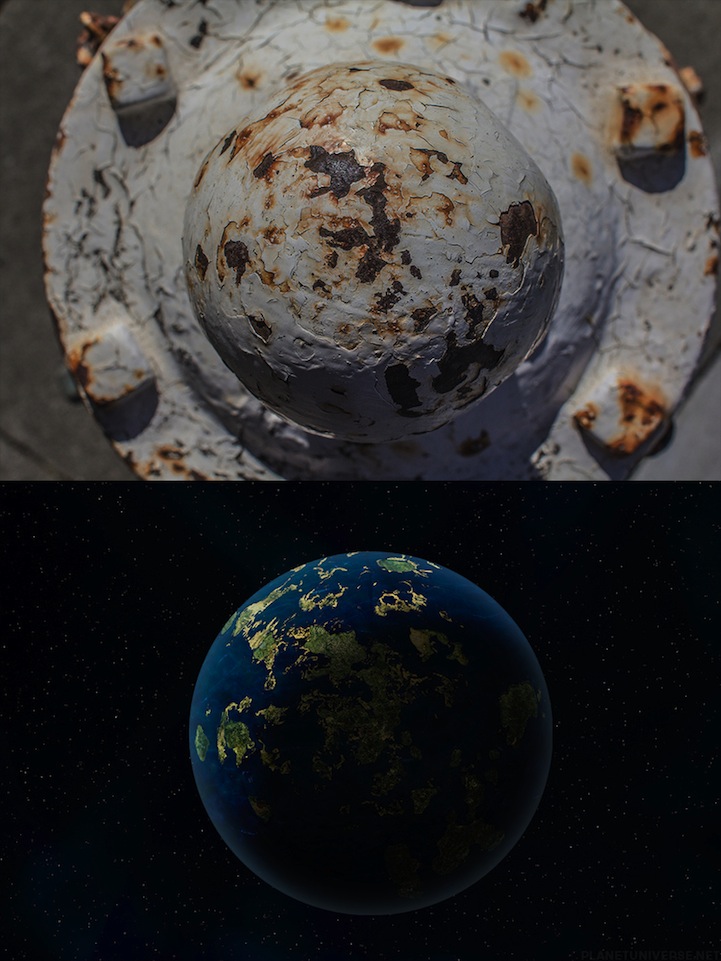 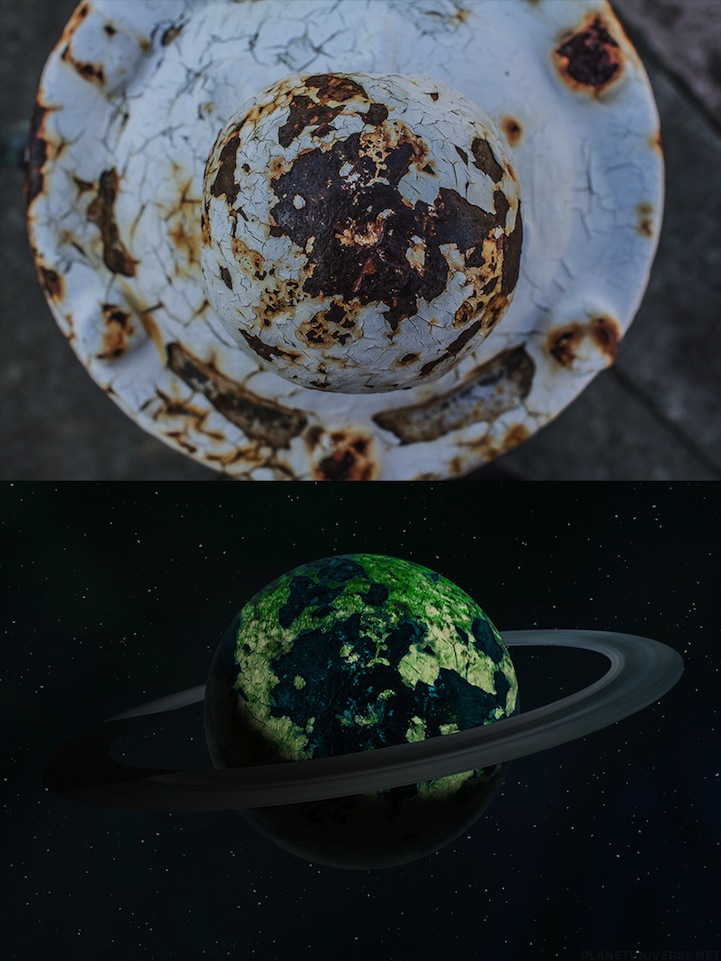 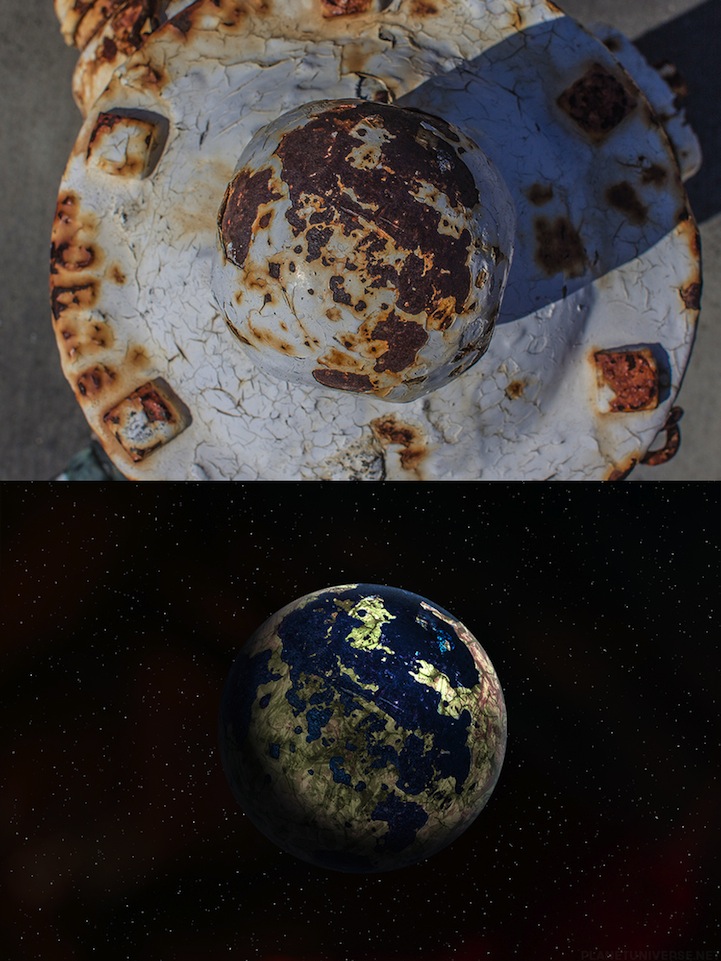 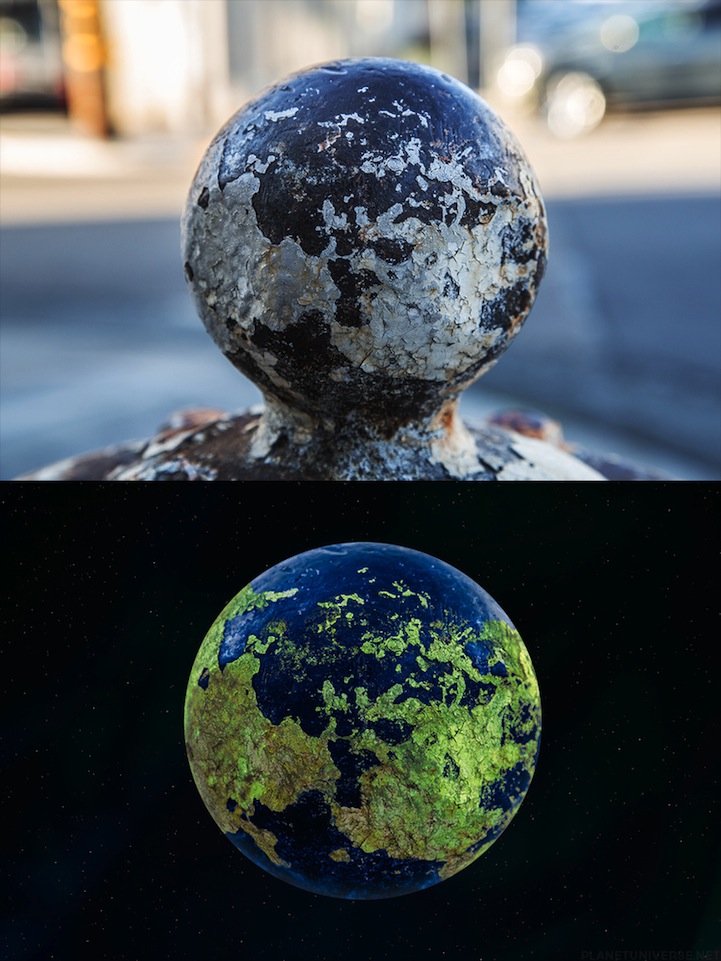 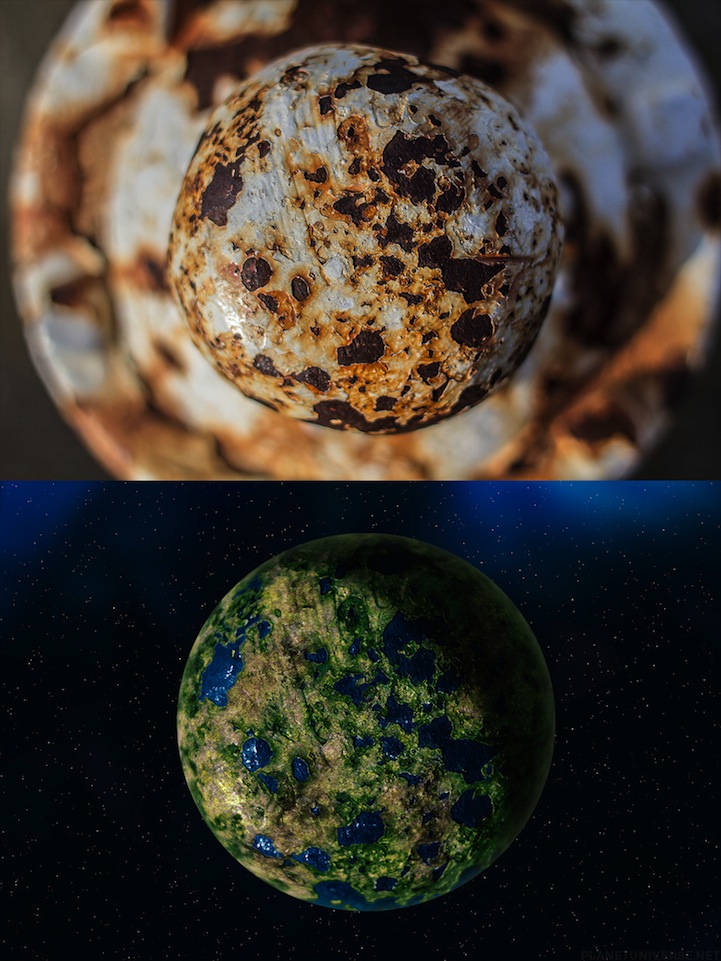 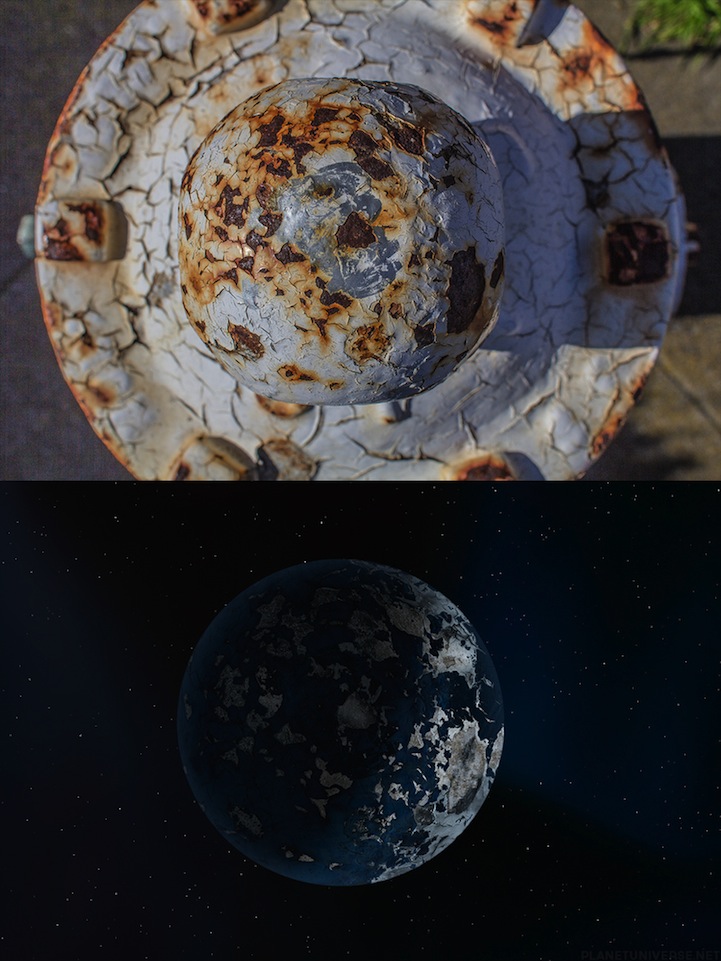