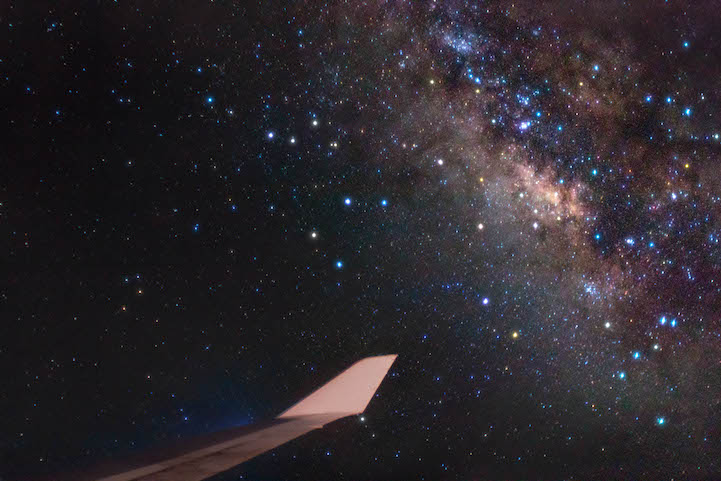 When you look at this beautiful photograph of the Milky Way, it appears like it was taken in space. Then you see the airplane wing in the foreground and realize that miraculously, this incredible image was taken from the seat of a plane. Astrophotographer Alessandro Merga captured it during a June 7th flight from New York City to London while the aircraft was somewhere over the vast Atlantic ocean.

Merga had the perfect opportunity to shoot a photo that's typically captured outside of this atmosphere; he was about 36,000 feet in the air with hardly light pollution. But, at the same time, the plane was travelling at speeds around 600 miles per hour, which made capturing this image no easy feat.

So, how did he manage this impressive photo? Merga said that he made his exposures short but opened up the lens as much as possible to gain enough light. He also situated a Gorillapod between the armrest and fuselage, and cloaked himself and the camera with a blanket to block out any reflections from inside the plane. All in all, he took 93 exposures lasting up to 30 seconds, one of which turned out well.