Typography has evolved in so many ways, from the very first marks in hieroglyphics to today's modern lettering, used everywhere from creative posters, to glossy magazines, to billboards in Times Square. Evolution of Type is an ongoing project, inspired by type designer Frederic W. Goudy's book The Alphabet and Elements of Lettering, in which Austria-based artist Andreas Scheiger explores lettering in the same manner that a paleontologist might investigate a dinosaur fossil.

In his extensive analysis of typography, Scheiger creates everything from illustration to sculpture. The work seen here, Type Exhibits 22-26, is built out of wood, gypsum, plasticine, chicken bones, and water colors to form the fossilized letters. According to his website, “Schieger's primary works celebrate the craft of etching, engraving and letter design with a nod to both science and the graphic design of the Victorian era.” As we contemplate a fossilized letter “J” or “P,” Scheiger encourages his viewers to remember the place from which letters originated and to not forget the impact that writing has had on the history and development of humankind. 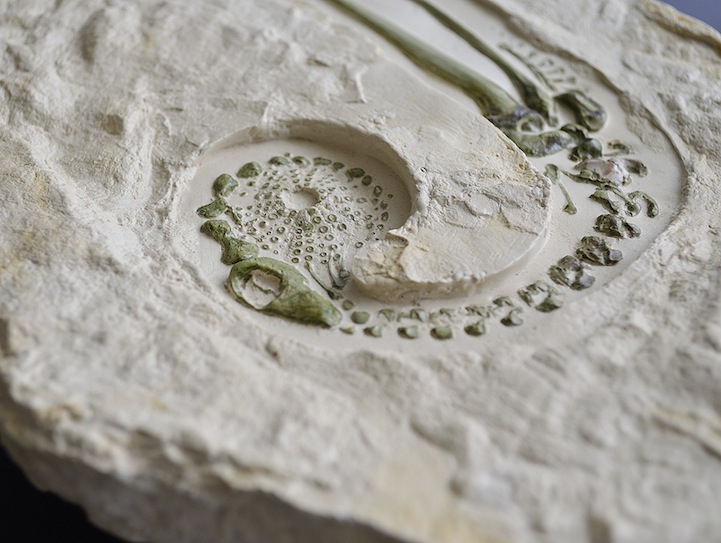 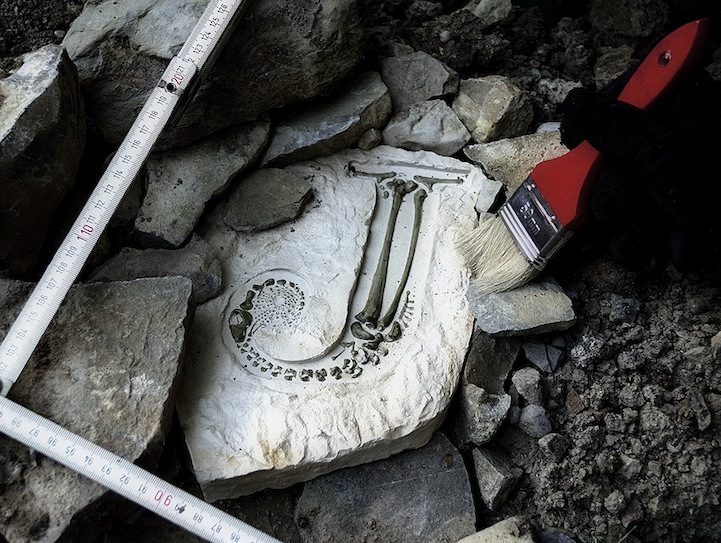 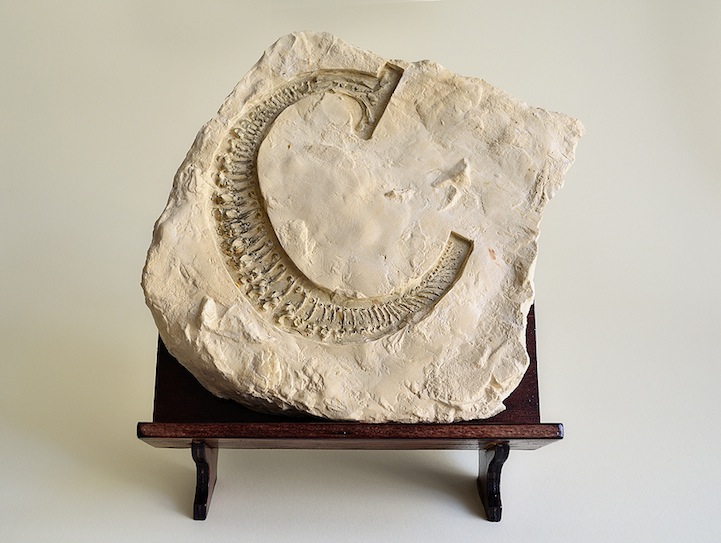 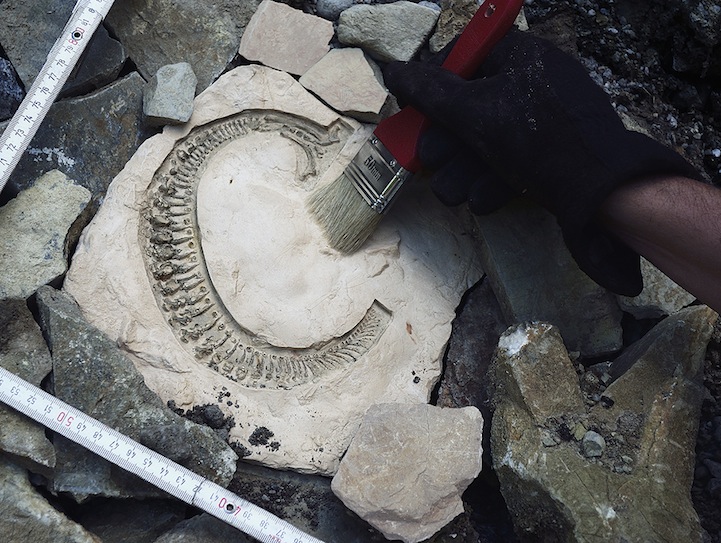 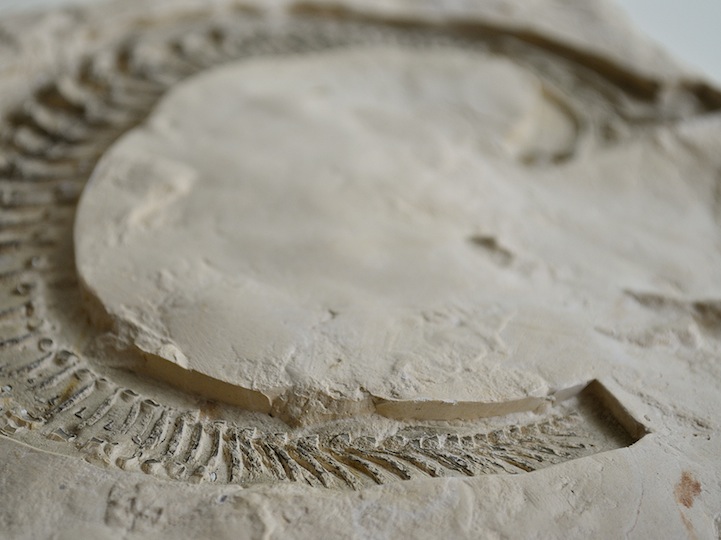 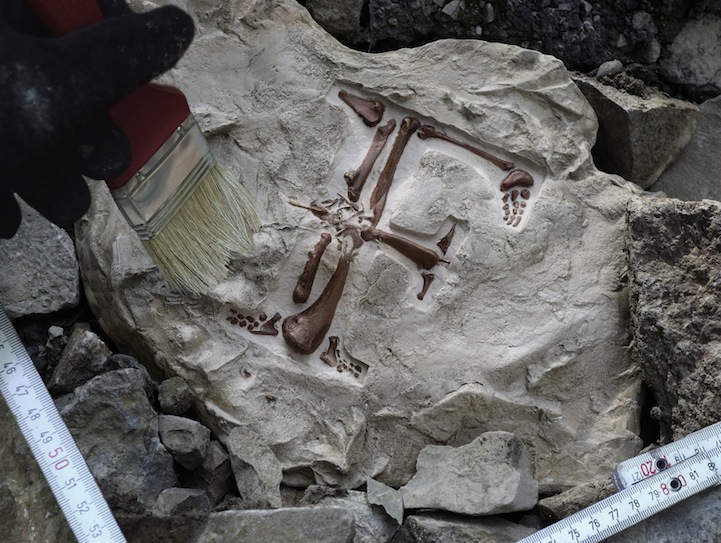 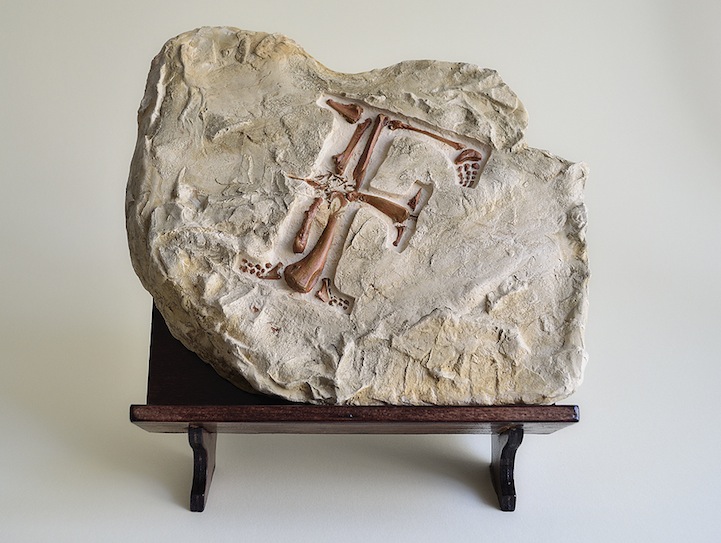 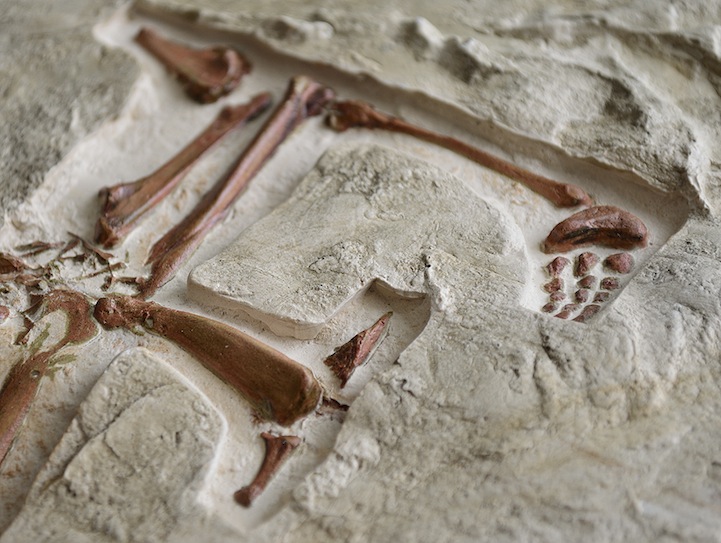 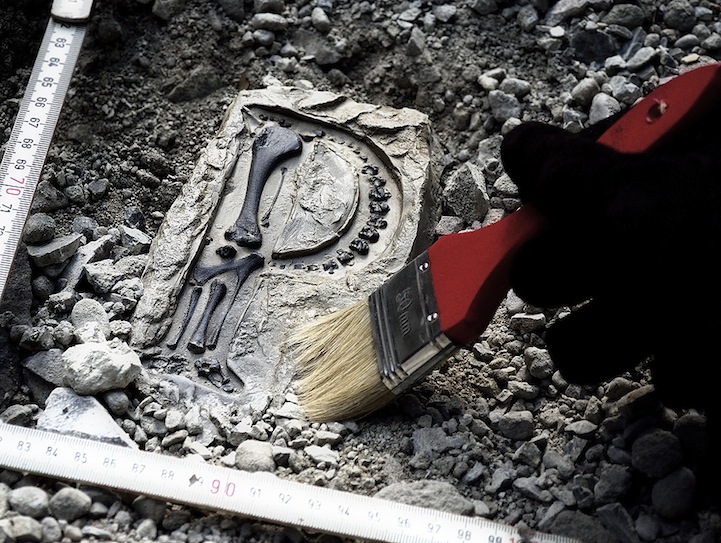 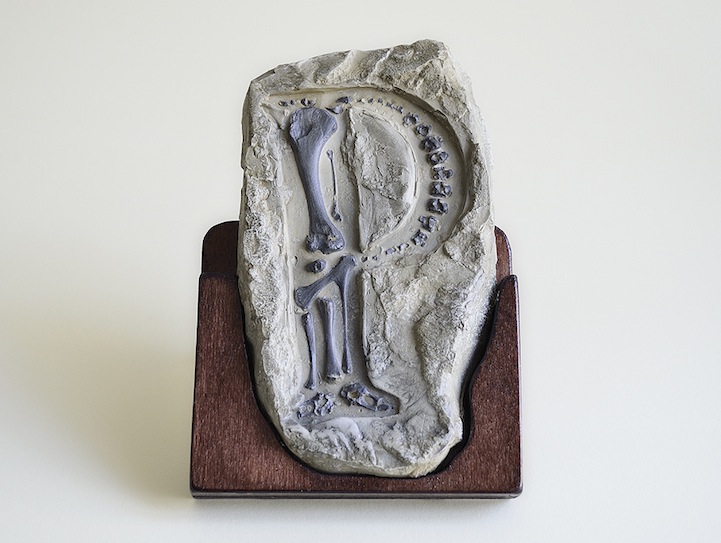 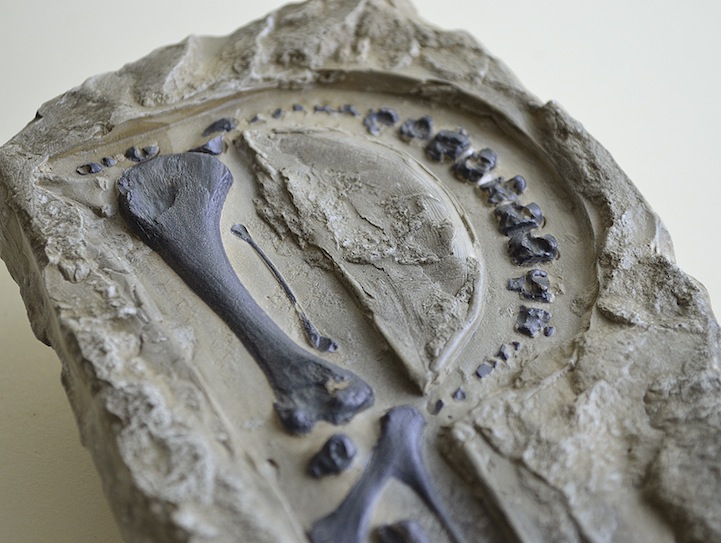