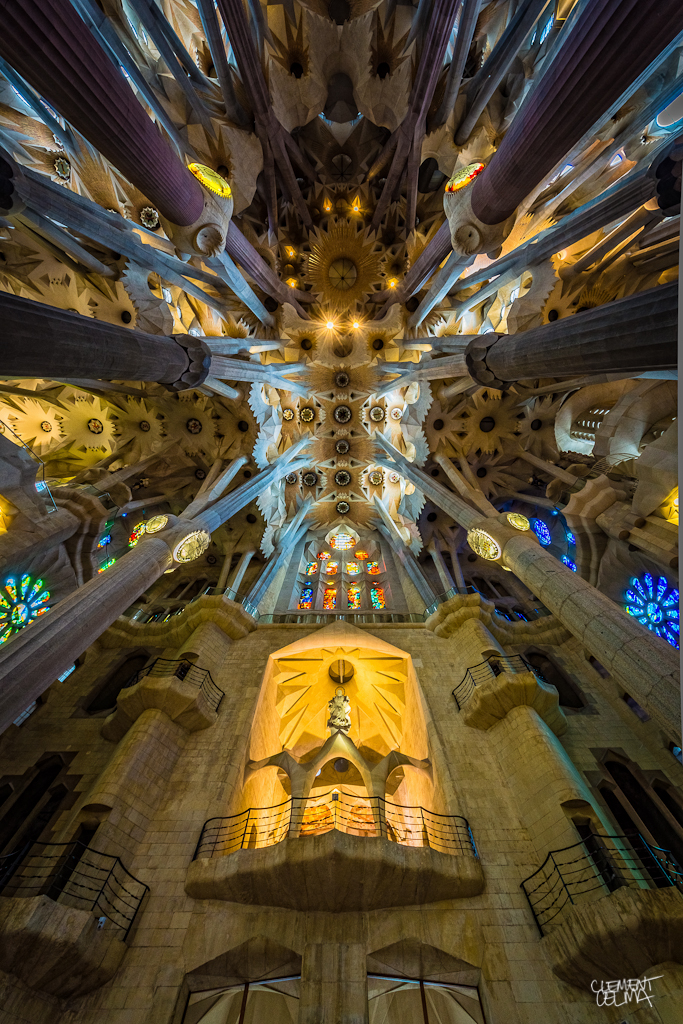 Barcelona-based photographer Clement Celma captures magnificent perspectives of Baslica i Temple Expiatori de la Sagrada Famlia, a Roman Catholic church in Barcelona designed by Spanish architect Antoni Gaud. The views from below, looking up at the meticulously detailed architecture, whose construction began over a century ago, is a breathtaking display of art nouveau.

There's a geometric symmetry to the cathedral's intricate design that is all the more mesmerizing from Celma's perspective. Many of the images in the photographer's collection are naturally kaleidoscopic, drawing the viewer's eye to the center while keeping the senses occupied with the colors, lines, and patterns extending outward.

Gaud's vision for the monumental structure boasts spectacular details within every square inch of the architecture. Though the church remains incomplete, over a century since Gaud began working on it in 1882, the site welcomes visitors to help fund the project. There is a projected completion date for 2026, in time for the centennial of Gaud's death, though it is only an estimation. 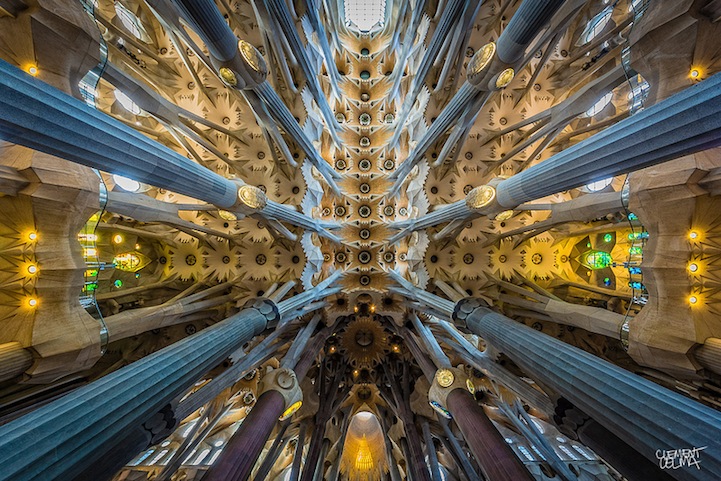 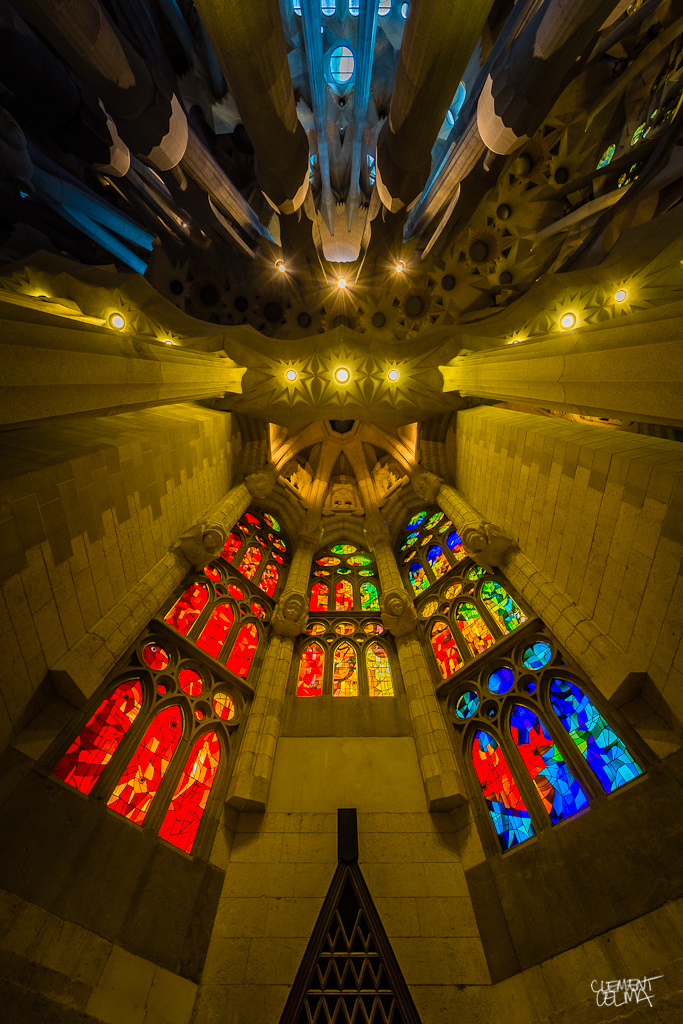 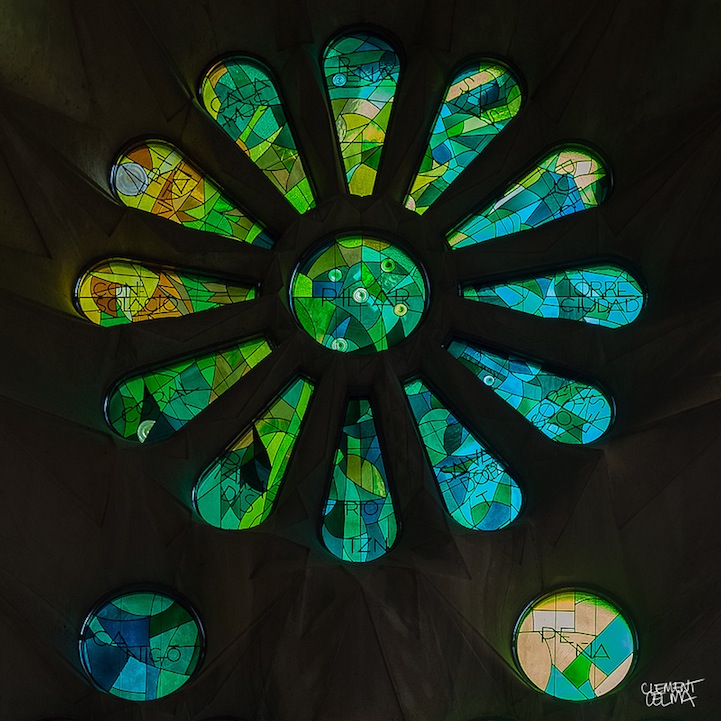 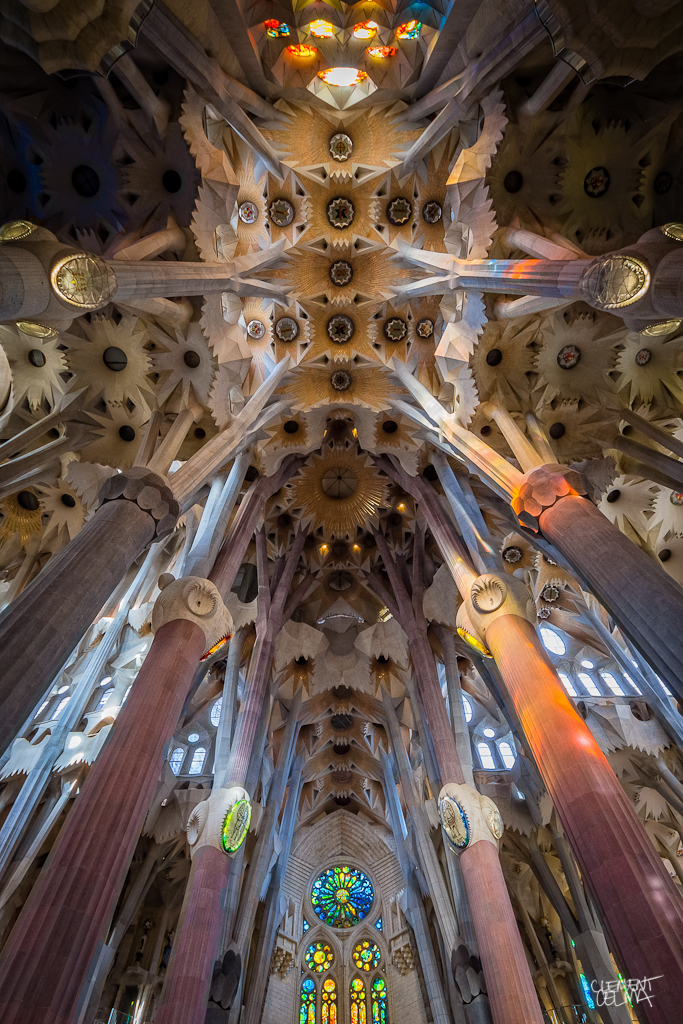 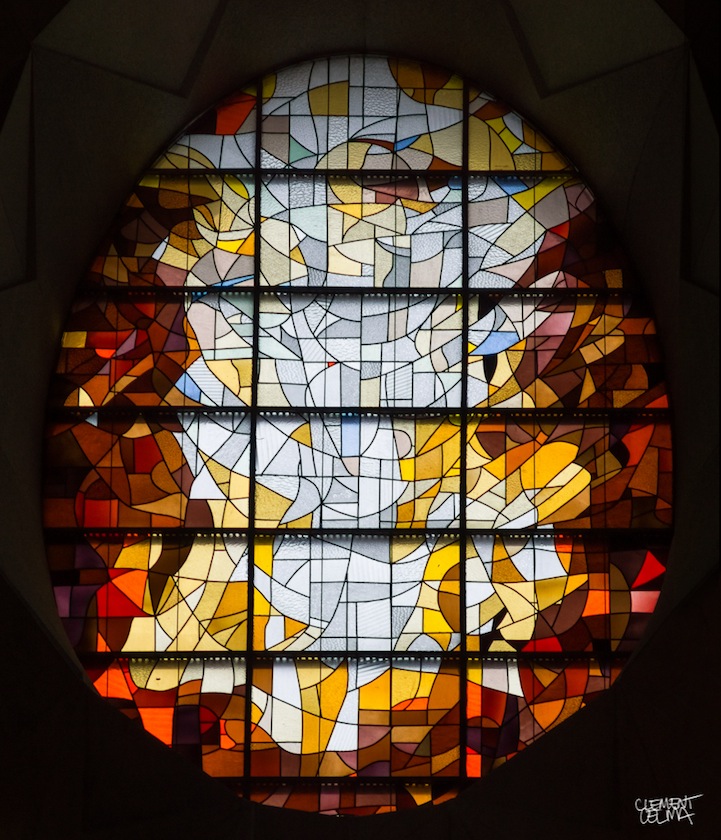 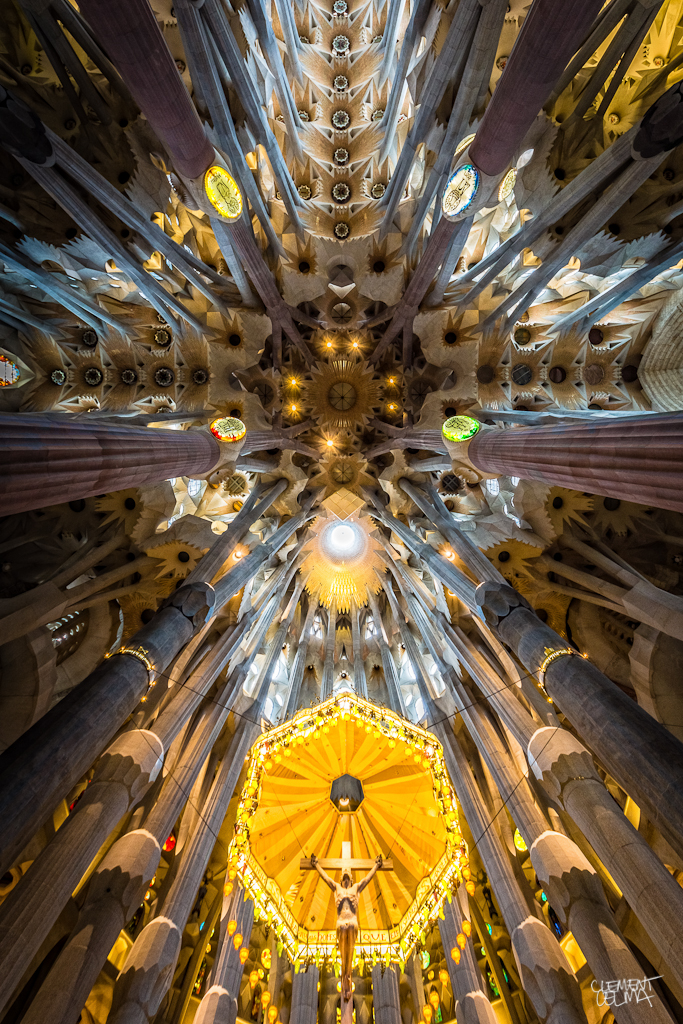