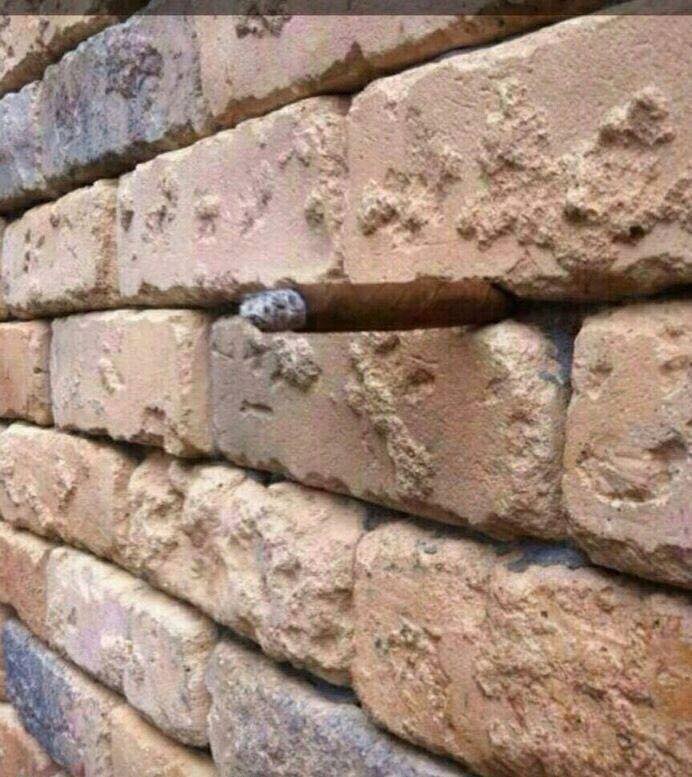 At first, this photo shared by Facebook user Arron Bevin looks like an ordinary wall. Look again, and there’s an optical illusion hidden in the bricks.

Still can’t see it? Neither could the majority of the 44 thousand commenters on the original post. Bevin himself says it took “a good five minutes” to spot the element that’s disguised by a trick of the eyes, and others (including all of us here at My Modern Met, for example) gave up after several straight minutes of desperate squinting.

Scroll down if you want to reveal the solution to the optical smoke and mirrors—and we’ve also wedged a clue into this sentence.

Here’s another chance to carefully study the picture before the big reveal.

Here’s a closer look at the area to focus on. Got it yet? (If not, don’t worry, you’re not alone.)

That’s a cigar sticking out from between the bricks. Now that you’ve seen it, can you unsee it?